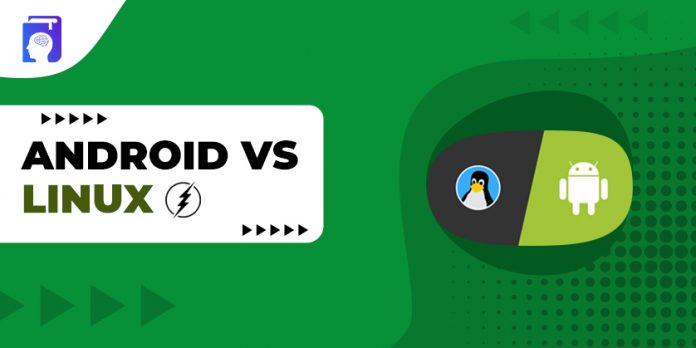 Android vs Linux, which fares better on key parameters? Let’s find out through an elaborate comparison between the two. The idea is to help you choose the best OS to suit your individual needs.

When it comes to Android vs Linux, both have a considerable share in the Operating System market. Linux is used on a wide range of platforms and constitutes the bulk of a community-based configuration. It is a unitary operating system, meaning it operates entirely from the kernel. Android, on the other hand, works in an open-source ecosystem designed specifically for cellphones and tabs. Android is important for mobile devices but it is only a foundation that sits on the top of the Linux kernel.

Difference Between Android and Linux

Let’s take an in-depth look at Linux vs Android to help you understand better for educated decisions. We’ll be discussing each OS separately with its pros and cons. 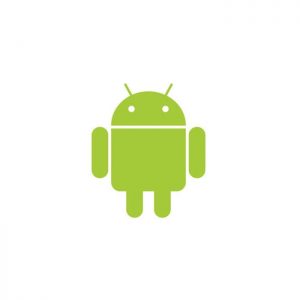 Android Operating System was built by a developer firm, Open Handset Alliance, which was later taken over by Google. The OS is built on a modified Kernel and other open-source apps. It was created with touchscreen portable devices in mind, such as tabs and mobile smartphones. The languages used to build it include C++, Java, C, and more. Google launched the basic version of Android in the year 2008. It is free and the most popular OS out there.

It is a fully accessible tool that allows developers from all over the globe to participate in the development process. In comparison to other operating systems, Android OS is simple to operate and well-supported by the majority of gadgets globally.

Below are the features of Android OS to help you understand the Android vs Linux comparison.

NFC, which allows electrical gadgets to communicate across small distances, is supported by the majority of Android devices.

Multiple keyboards are offered by Android, and each is easily installable. The SwiftKey, 8pen, Skype, and other applications allow you to rapidly switch up your keyboard type. Other mobile operating systems either do not accept supplemental keyboards at all or the process of installation and using them is too time-intensive and complex.

You may use your tablet or smartphone as a remote control with the Android’s built-in infrared transmitter. Other OS might not allow you the luxury.

Users can operate their phones without touching them using Android applications like Wave Control. Need to switch off the screen or change the soundtrack but your hands are smudged? It’s possible with Android. This is a useful feature, especially if you are driving because it allows you to maintain your eyes on the road.

Android OS makes it easy to download an application on your PC and have it synced to your phone via the Android Market or third-party applications like AppBrain. It’s easy and quick.

Android phones have their own set of physical features. Google’s operating system includes removing and updating your battery or replacing an obsolete one. Additionally, Android smartphones provide extensive storage, thanks to the SD card slots.

It is feasible to jailbreak certain smartphones to personalize the home screen, and Android has this out-of-the-box feature. You can add gestures, additional icons, and even speed optimizations for aging smartphones using a third-party launcher like Nova, Slide, and Apex.

Apps are useful, but there are times when you just need information without having to spend time opening an application. Widgets on Android allow you to show almost any feature you want on your home screens, such as weather apps, music widgets, or productivity tools that notify you of upcoming appointments or obligations.

Android OS is open-source, meaning you have the option to modify the present OS to your specifications and requirements. As a user, you are free to download and install the new, customized version, which might come with added features or different visual elements. Odds are high that a feature you require in the OS might be already available.

When it comes to Linux vs Android OS comparison, knowing the advantages of Android is useful.

Linux is one of the most widely used operating systems on the planet. When Linux was first announced in 1991, it had a similar impact on the public and most individuals were thrilled. The OS was designed to provide users with a free open-source system that could be used for a variety of purposes. Because Linux came out before Ubuntu, it was difficult for it to get into the industry at the time because Microsoft had complete dominance of the industry. Although Linux was not as well-known as Microsoft, it was created in such a way that it became a direct rival.

Linux is a general term for Unix-like operating systems. Linux can be loaded on almost every gadget. Video game systems, computers, servers, embedded devices, and tablets all utilize Linux. At the time, Linux was a popular OS and it drew even more recognition following the debut of its Ubuntu version. It is the most extensively supported OS in the market, running on almost all computer systems. The OS has also grown in prominence as a result of its user-friendly layout, which makes it simple to use. This was a crucial factor in Linux’s ability to keep its consumers pleased and content. Linux, too, offers free services and is available in a customized version.

To get a better understanding of the Android vs Linux comparison, you should understand the features of Linux first.

Key Differences Between Android and Linux

Finally, let’s figure out the differences between Linux and Android.

So, this was all that you needed to know about Android vs Linux. When it comes to choosing between the two, it has to be an each-to-his-own proposition. Both the operating systems are considered a marvel in their respective fields and perform exceedingly well. It is up to you to decide which one to choose based on your requirements and expectations.