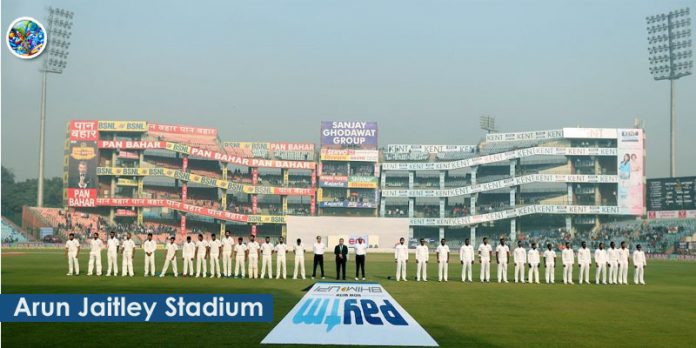 Cricket stadiums are commonplace across the world. However, a few stadiums stand out from the rest in terms of size, shape, and significance. Take, for instance, Feroz Shah Kotla Stadium in Delhi. It’s the second oldest one in India after the Eden Garden.

Feroz Shah Kotla Stadium, however, shouldn’t be mistaken for Feroz Shah Kotla. The latter is a 14th-century Fortress in Firozabad and a brainchild of Sultan Feroz Shah Tughlaq. It is made of polished sandstone and features a Topra Ashokan pillar among many pillars of Ashoka from the 3rd century. The fortress was first in the Haryana’ Yamunanagar district at Topra Kalan city but later it was moved to Delhi on Firoz Shah Tughlaq’s orders in 1356.

The ground was named after Arun Jaitley recently. The Arun Jaitley Cricket Stadium stands tall at Bahadur Shah Zafar Marg, New Delhi. It was named Feroz Shah Kotla Stadium because the cricket stadium was built near the fortress we just talked about.

Arun Jaitley stadium has four stands, each named after high-class Delhi-born cricketers who represented India at the highest level. They include:

Let’s talk more about the Arun Jaitley Cricket Stadium including its history and records.

Why Did the Name Change from Feroz Shah Kotla Stadium to Arun Jaitley Stadium?

Feroz Shah Stadium derived its name from a namesake fortress situated in close proximity. But on 12 September 2019, the stadium was renamed after our former Minister of Finance of India, Arun Jaitley who died on 24 August 2019, aged 66. Jaitley was closely associated with Delhi cricket in the capacity of the president of Delhi & District Cricket Association (DDCA). After his death, his son Rohan Jaitley served the position. Also, Arun Jaitley was once the vice-president of the Board for Cricket Control in India (BCCI). Obviously, he had the credentials to have a historic stadium named after him posthumously.

However, DDCA also clarified that they have only changed the stadium’s name but the ground is still called Feroz Shah Kotla Ground. But even before the name change, Feroz Shah Kotla has been the favorite hunting ground for many Indian and international cricketers. Also, this cricket ground in Delhi has been the host of some exciting contests.

What is the History of Feroz Shah Kotla Stadium?

Let’s talk about the history of the Arun Jaitley Stadium, formerly Feroz Shah Kotla Stadium, starting with the very first match it hosted. It was in 1948, a year later India claimed freedom from the British. Played between India and West Indies, the match was drawn as India finished at 220/6 after getting a follow-on while WI was all-out for 631.

This cricket stadium in Delhi has since then emerged as one of the greatest cricket grounds in India and the world. It is one of the leading hosts for both national (Ranji matches, IPL, etc.) and international matches. Feroz Shah Kotla is the home ground of the Delhi Ranji team and Delhi Daredevils (now Delhi Capitals) in the Indian Premier League (IPL).

The Feroz Shah Kotla cricket stadium has helped many Indian cricketers create splendid records. For example, Anil Kumble, a former Indian bowler took a 10-wicket haul in a single test inning in 1999. And guess what? The opponent was Pakistan! At this Delhi stadium, Sunil Gavaskar completed his 29th Test century to equal Don Bradman’s records in 1983. Years later, Sachin Tendulkar scored his 35th test century against Sri Lanka in 2005 to break the previous records of both Gavaskar and Don Bradman.

Now that we know about the records Feroz Shah Kotla has helped cricketers set, let’s get to know the smallest of details of the stadium. 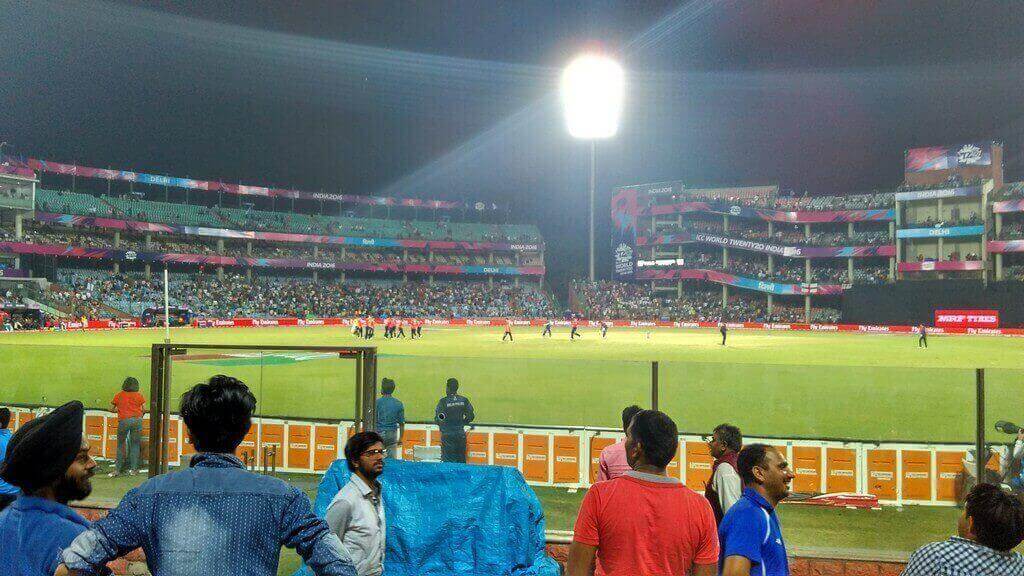 Feroz Shah Kotla stadium or Arun Jaitley Stadium is owned by Delhi District Cricket Association and was established in 1883. The cricket stadium is the home ground of the Delhi Daredevils and Delhi Ranji teams. Like other stadiums, it has two ends – Stadium End and Pavilion End – alongside 4 floodlights, 65 sq. yards playing area, and 41820 seats for the crowds. Its media conference hall capacity is 80 and its media box capacity is 125.

Feroz Shah Kotla Stadium also has its share of controversies as well. In 2009, a One-day International between India and Sri Lanka got ditched in the middle of the match due to bad pitch conditions. The match referee declared that the pitch condition was not suitable enough to carry out the match. For that, the ground was banned for 12 months during which it couldn’t host any more international cricket matches. In 2011, the stadium hosted an international match again for the 50-over world cup.

Feroz Shah Kotla Stadium is one of the most important cricket grounds in India and the second oldest cricket stadium after Eden Garden. If you want to enjoy the beauty of Feroz Shah Kotla Stadium, we encourage you to join the crowd in 2022, on 19th June to support the Indian cricket team in the 5th T20 vs South Africa. However, the entry would depend on how the COVID situation pans out. Let’s keep our fingers crossed.