10 Best Bike Brands in the World 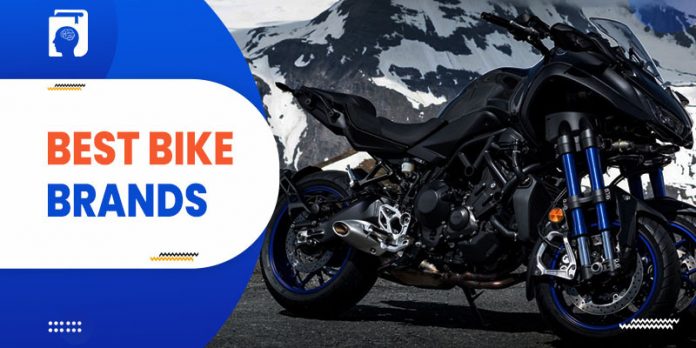 Motorbikes, which were first introduced in Europe in the 19th century, are still the primary mode of transportation in many parts of the world, and they’re extensively utilized for enjoyment, commuting, and even utility. Motorbike riding is a pleasant and peaceful activity that is gaining popularity year after year. Motorbikes had a significant influence on the growth of both society and technology.

Furthermore, by 2003, the number of motorbikes on the planet had surpassed 1 billion, making them twice as numerous as automobiles. Bikes exist in a variety of types based on their intended function, whatever your riding ambitions, there are lots of options available.

Here are the 10 Best Bike Brands in the world 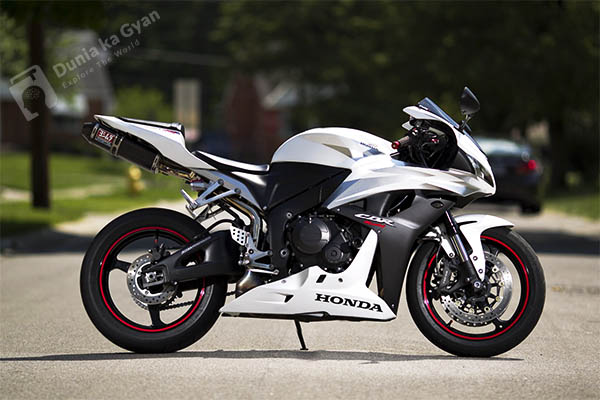 Honda Motors Company Ltd has risen to become the world’s largest motorbike manufacturer, as well as a major player in the automotive sector. Currently, the corporation has industrial facilities in 22 countries, with 33 manufacturing units. Honda Motorcycle and Scooters India Pvt Ltd, headquartered in Manesar, Gurgaon, is the company’s 100% subsidiary in India. In 2016, a total of 19,554 thousand bikes and ATVs were produced by the business. This is a 10.7% increase over the previous year. In 2017, one of its products, the Super Cub, passed the 100 million unit mark. While striving toward a more sustainable and environmentally-friendly future for the industry, the business has begun to work on the electrification of its motorcycles, focusing on commuter models. Honda is the most popular motorcycle brand. 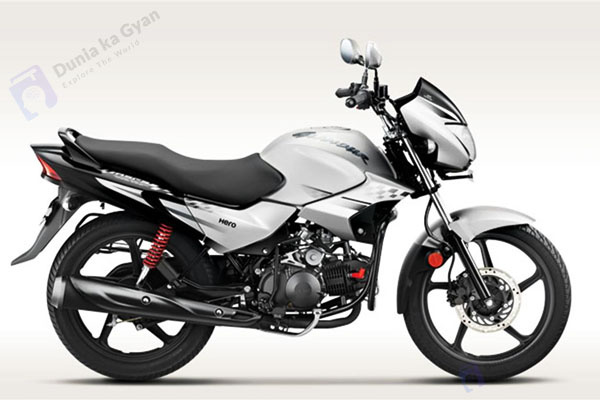 Hero is one of the most popular brands in the world market, with over 40% market share in the two-wheeler industry and more than 50% market share in the motorcycle market. In all, the corporation operates six production sites, five of which are in India and one in Columbia. The 100-125cc bikes are where the firm shines. The firm has entered the E-mobility industry through a partnership with Ather Energy, a two-wheeler EV start-up. Hero is a popular motorcycle brand in India and across the world. 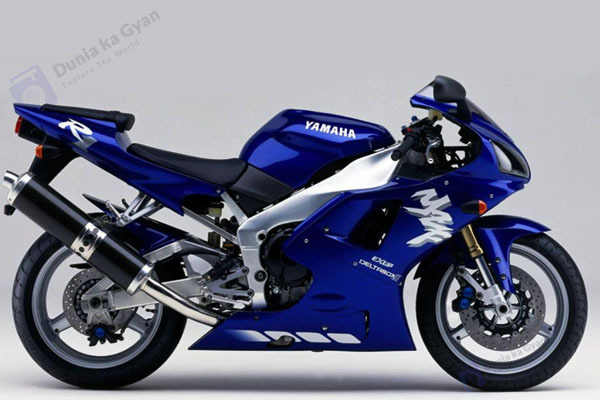 The corporation, which has its headquarters in Iwata, Shizuoka, Japan, has a presence in over 180 countries and sells its products through 140 subsidiaries. The firm focuses its production strategy on the Asian region, India, Brazil/China, and developed markets for sports commuters. It also offers maintenance services, which has helped the firm establish itself as a dependable and long-lasting brand. Through a joint venture with the French trade company CFAO, the company has also started assembling motorbikes in Nigeria. Yamaha Motors Company Limited witnessed a 12% gain in income thanks to a 5% increase in sales. Motorcycle sales increased in countries like India, Vietnam, and the Philippines, while they decreased in Indonesia, China, and Brazil. Yamaha Motors has a long history in motorcycle racing, winning 39 world championships, including six in MotoGP. 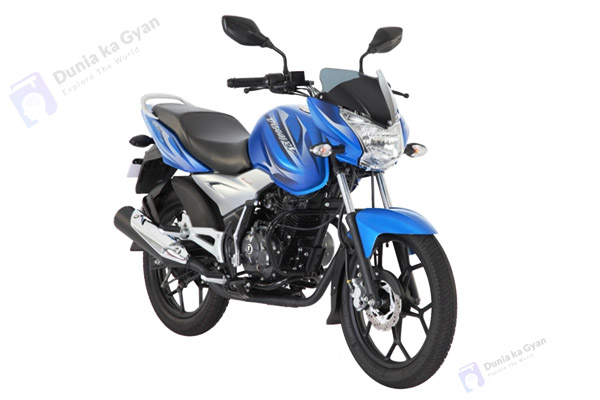 Bajaj Auto is a manufacturing firm established in India, with headquarters in Pune. Bajaj Auto has had a 4.3% drop in sales volume but a 5% increase in income, and it remains one of the world’s leading motorcycle makers. In reality, the company’s motorbike segment has seen little growth in the previous four years. The company’s downward sloping growth curve is a cause for concern for the company’s senior management, despite the fact that it is India’s second-largest motorbike manufacturer and the fourth largest in the world in terms of revenue and volume. Bajaj Auto also has subsidiaries such as Bajaj Auto International Holdings BV, a 100% Netherlands-based subsidiary of Bajaj Auto Ltd., and a 48% stake in KTM AG of Austria (KTM), which is cited as the world’s fastest-growing motorcycle brand and is quickly becoming one of the world’s top bike brands. 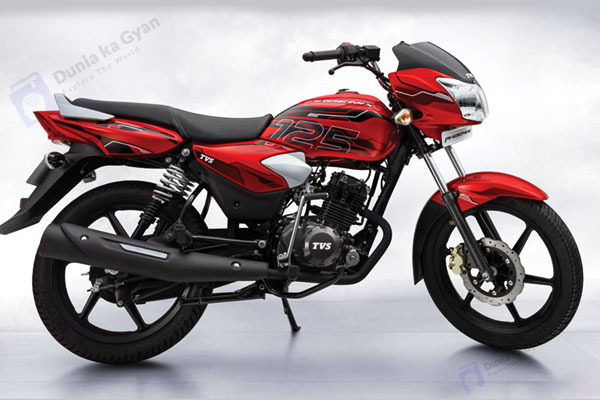 In terms of size and revenue, TVS Motor Company is the largest of the TVS group’s 90 enterprises. Finance, vehicles, aviation, education, insurance, electronics, textiles, investment, housing, services, and logistics are all part of the TVS group of enterprises. Having outperformed the industry for three years in a row, the firm is constantly increasing the bar for itself and its competitors. The company’s annual manufacturing capacity is 3.2 million. The corporation has also made a number of steps to make its products cleaner and greener. All of the company’s goods are said to be 85% recyclable. In addition, the business was the first to employ a catalytic converter in a motorcycle. Moving forward, the business plans to introduce electric scooters and three-wheelers that can run on CNG or LPG. 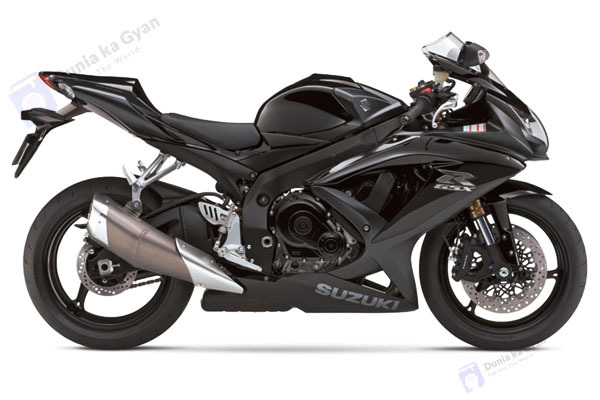 Suzuki Motor Corporation is a Japanese automobile manufacturer based in Hamamatsu’s Minami-ku district. Automobiles, Motorcycles, Marines, and Power Products are the company’s main market segments. The firm concentrates on the 150cc and higher market, as well as the sports categories, in the motorcycle industry. The company specializes in bikes with engine displacements ranging from big to tiny. The company’s subsidiaries include Thai Suzuki Motor Company Ltd, which manufactures motorcycles in Thailand, Suzuki Auto Parts Manufacturing Company Ltd., which manufactures auto parts, Suzuki Motorcycle Sales Inc, which markets its motorcycles in the domestic market, and Suzuki Deutschland GmbH, which markets motorcycles in the international market. Suzuki returned to motorcycle racing in 2015 and has been creating programs to compete at the highest level ever since, cementing its position as a leading bike manufacturer. 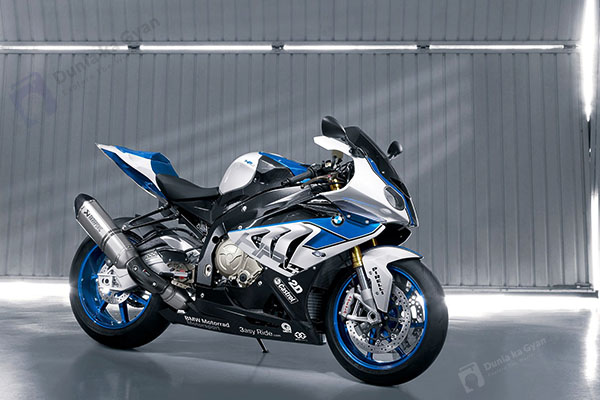 BMW AG is the holding company for the BMW Group, a global leader in automobiles and motorcycles. The corporation is situated in Munich, Germany, and its main lines of business include automobiles, engines, machinery, and the metalworking industry, as well as their related services. Automobiles, motorcycles, and financial services are the company’s three primary segments. The corporation employs around 1.3 million people and operates in over 150 countries worldwide. The firm works under the BMW Motorrad brand in the motorcycle industry. With 250cc and above models such as Sport, Tour, Roadster, Heritage, Adventure, and Urban Mobility, the business competes in the premium part of the worldwide motorcycle market. 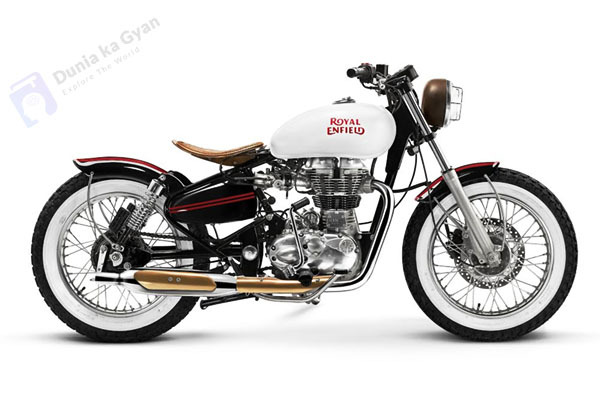 Royal Enfield is one of the oldest motorcycle companies still in existence, and it is currently the market leader in India’s premium motorbike class, with a 95% market dominance in the mid-size motorcycle segment (250cc-750cc). With five models, including the Bullet, Classic, Thunderbird, Continental GT, and Himalayan, the business was able to sell 8,20,493 bikes last year, a whopping 23% increase over the previous year. During the same time period, the business produced $1,440 million in sales from the motorbike division, up more than 23% from the prior year.

The company’s bikes are sold in worldwide markets through 568 dealerships in 46 countries, 25 exclusive stores in 13 countries, and two direct subsidiaries in North America and Brazil. 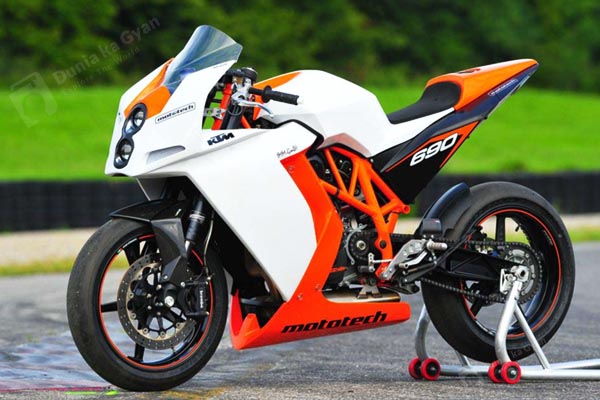 KTM AG is a well-known name in the Powersports vehicle industry, where it is known for consistently delivering innovative and trendsetting bikes. It is a high-end producer of high-performance motorbikes for both off-road and on-road use, with headquarters and R&D in Mattighofen, Austria. KTM Industries AG and Bajaj Auto are joint owners of the firm. KTM Sportmotorcycle GMBH, Husqvarna Motorcycle GMBH, KTM Sportcar GMBH, KTM technologies GMBH, and KTM Immobilien GMBH are the company’s subsidiaries, with minority holdings in W Verwaltungs AG. KTM AG has already surpassed BMW as the largest European motorcycle manufacturer, with a market share of 10% in Europe and 8% in the United States. The company has also entered the MotoGP which has attracted a lot of attention for the company. 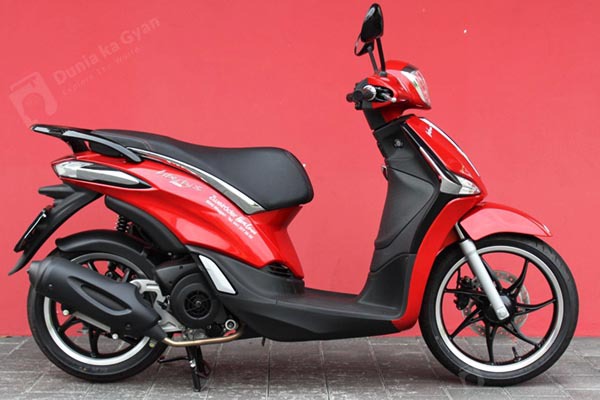 The Piaggio Group is an Italian conglomerate with headquarters in Pisa. The Piaggio Group Advanced Design Center, an R&D center in California, is another subsidiary of the corporation. The Piaggio Group is one of Europe’s leading two-wheeler manufacturers, specializing in scooters, motorcycles, and mopeds with engines ranging from 50cc to 1400cc. Aprilia, Moto Guzzi, Vespa, Piaggio, Derby, and Scarabeo are some of the main brands and products it works with. Aside from two-wheelers, the group’s Ape, Quargo, and Porter models are available in the three-wheeler and four-wheeler commercial vehicle segments.

So this was the list of the world’s 10 best bike brands. If you are a motorbike enthusiast and looking forward to buying a new motorbike in the year 2022 then you can choose any of these motorbike brands as per your biking needs.