10 Best Chef in the World 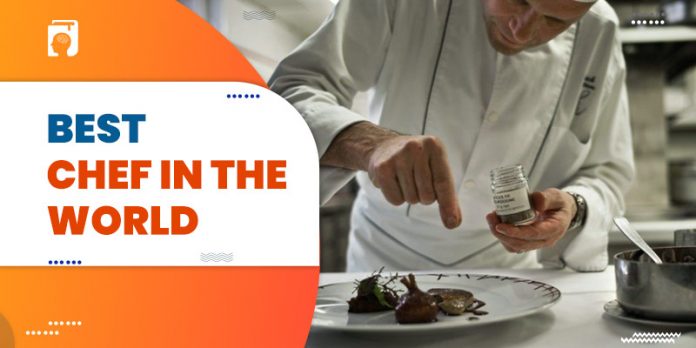 There are those who view food as a fantasy, while others view it as a vital nutrient. It is like fine poetry for the soul and a sensational treat for the heart when curated with finesse. Creating the perfect dish requires more than perfectly sized ingredients. Ask a chef, and you will know! Can you list some of the world’s greatest chefs?

There are various scales to evaluate the positions of chefs all over the world. However, some might even believe that there’s no way to rank a pastry chef, a television chef, and a fine-dining chef all on one scale. Also, the lack of any official ranking in a highly subjective field makes the question any easier to answer.

10 Best Chefs in the World 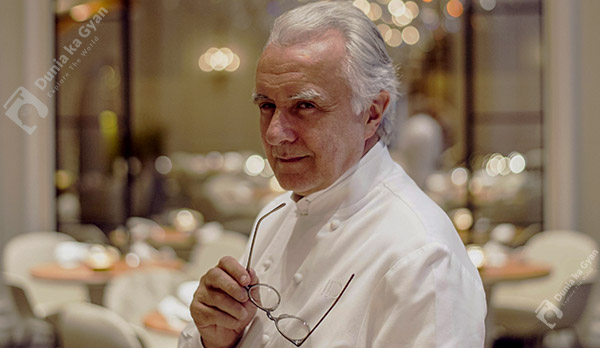 Born on a farm in France in 1956, Alain developed a taste for food and fresh produce at a tender age. Ducasse began working as a chef in his teenage years. He was presented with his first Michelin Star in the late 1970s and has built a business empire ever since. For the first time, a chef-owned three Michelin Star restaurants at the same time in different cities. Chef Alian currently holds the record for earning the most Michelin stars of any chef (alive). That makes him the best chef in the world. Also, his food empire spans globally, with 36 restaurants from Las Vegas to Tokyo. 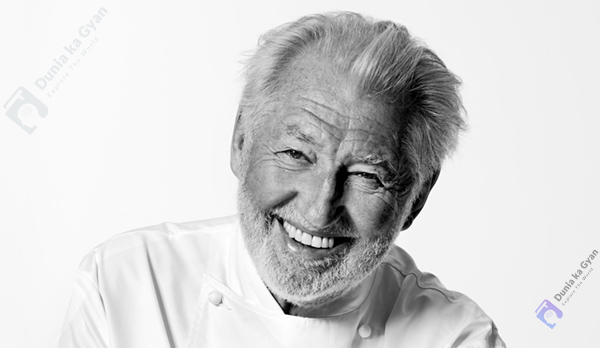 Owner of the luxury Pierre Gagnaire restaurant in Paris, Gagnaire is a spectacle the culinary world has never seen before. Born in France in 1950, Pierra is often said to be at the pinnacle of fusion food. He received his first Michelin star at the young age of 26 and has never looked back since. His flagship restaurant in Paris is also famous for maintaining its 3 Michelin Star status for more than 18 years, a rare feat in the food world. Gagnaire has 14 Michelin stars under his belt as of now. That’s what makes him one of the top 10 chefs in the world. 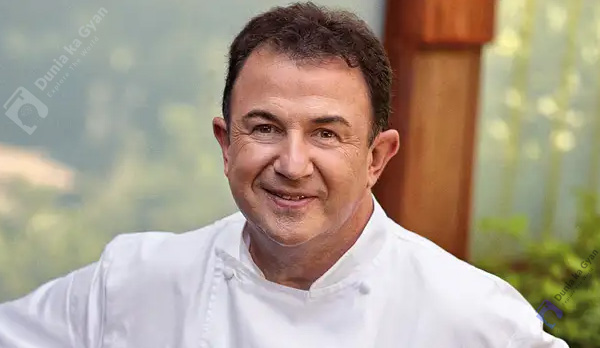 As the only Spanish chef with 12 Michelin stars in the world, Martin Berasategui holds the highest number of these prestigious honors. Born in 1960 in Spain, Martin developed a passion for cooking at an early age. His parents sent him to France to study culinary arts, and soon after returning to Spain, he earned his first Michelin Star at their hotel. Berasategui is also the owner of the Martin Berasategui Restaurant in Spain. Currently, the chef owns several fine dining restaurants globally and continues to grow his brand further. More importantly, many consider him to be the best chef in the world. 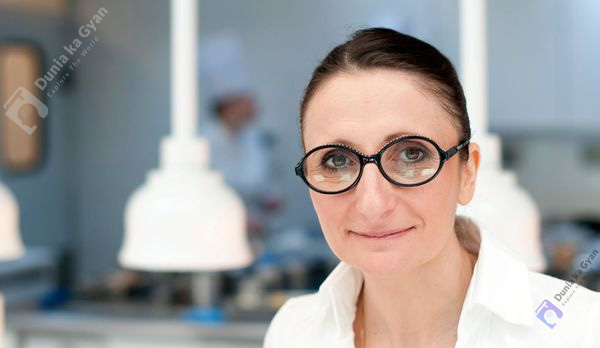 Make way for Anne-Sophie, a chef with an 8 Michelin Star rating across 5 of her restaurants. That makes her the female chef with the biggest kitty of these honors. Born in 1969 in France, she won the award for the best female chef in the world in 2011. She is also famous for regaining a 3 Michelin Star status for her flagship restaurant, Maison Pic, situated in France. Anne-Sophie gained massive popularity and respect despite having no formal culinary training when she started at her family restaurant after the sudden demise of her father. As one of the top 10 chefs in the world, she is also known for her innovative spirit, which is evident in her creations. 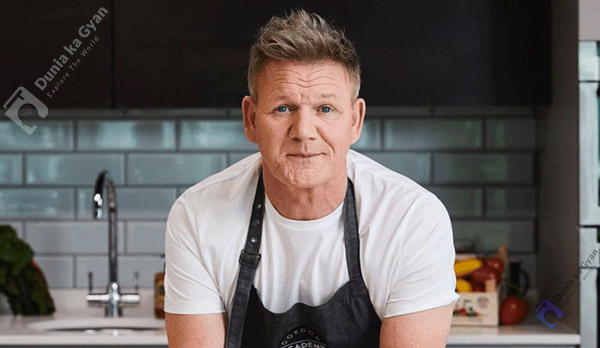 A name synonymous with outstanding food, Gordon Ramsay has been a famous television chef for more than two decades now. Born in Scotland, Ramsey started his chain of restaurants named Gordon Ramsay Restaurants in 1997. Gordon rose to stardom after appearing on the British TV series “Boiling Point” and became one of the most recognized and influential chefs in the UK by 2004. Throughout his career, he was awarded 16 Michelin Stars and currently retains 7 of them. Gordon has built his empire and his reputation as the best chef in the world on his culinary skills and his TV appearances. His estimated net worth in 2020 was about $220 million. 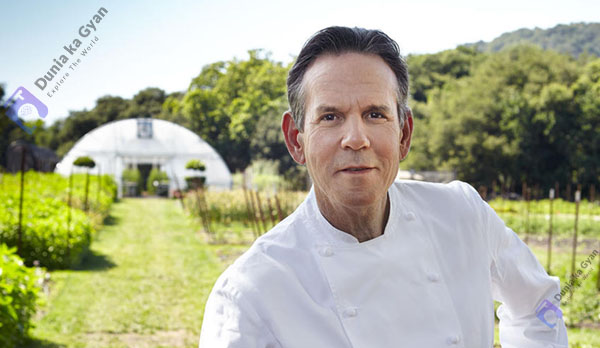 Currently holding seven Michelin stars, Keller is the most decorated chef in the United States as of now. Not only this, but he’s also the only chef from the US to have received six out of his seven Michelin stars simultaneously for his restaurants. Born in 1955, Keller learned the culinary arts from some of the finest chefs at the time. He is the owner of multiple hotels today. Thomas is known for his attention to detail, which he learned from France, alongside a touch of American flavor descending from his background. 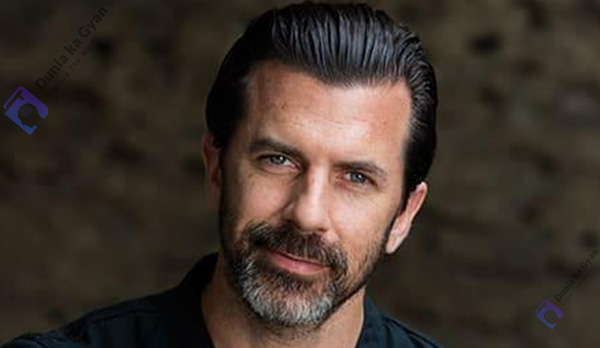 Andreas started as a pastry chef and currently holds 7 Michelin stars, making him one of the world’s most renowned chefs. At the age of 26, he took over the kitchen of a historical castle and has since helped the restaurant achieve unparalleled success. Multi-award-winning, Caminada owns several restaurants, many of which have individually been awarded Michelin stars. Badrutt’s Palace Hotel, which operates only during the winter, is famous for its cuisine. The chef has also been recognized as one of the world’s ten best chefs by various sources. 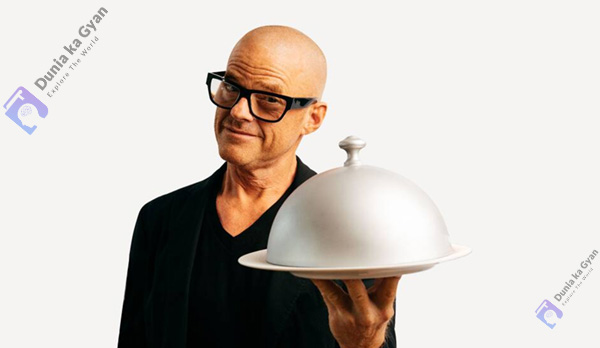 Heston Blumenthal is one of the most prominent chefs in the world currently. Heston has a reputation for employing scientific methods for cooking and bringing innovation to his food. In terms of innovation, he is the best chef in the world. Awarded by Her Majesty for his invaluable contribution to the field of gastronomy, the chef is currently the holder of 6 Michelin Stars. Heston has hotels spread in various parts of the world. One of his flagship restaurants is called “The Fat Duck,” situated in the UK. This was named the best restaurant in the world, famous for its 14-course tasting menu full of unusual and innovative food combinations. The chef is also a guest judge on the favorite TV Show, ‘MasterChef.’ 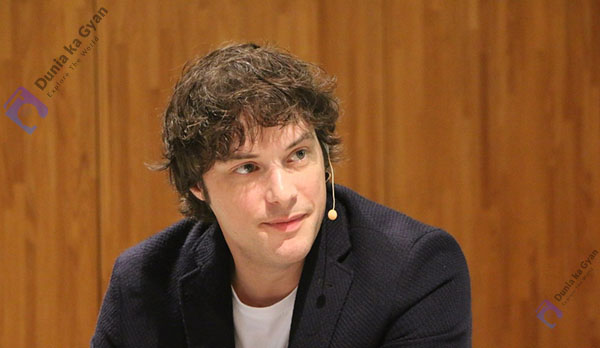 At 24, Jordi became the second youngest chef and the youngest chef in Spain to ever receive a Michelin Star. Jordi presently flaunts 5 Michelin Stars. Jordi started working in the culinary field as young as 14. He is currently at the top of Spanish Gastronomy. Cruz leads his flagship ABaC Restaurant in Barcelona based on values and traditions, products, and modernity. He has appeared on “Masterchef” as a judge and authored six books alongside his culinary achievements. His credentials are impressive enough to place him among the best chefs in the world. 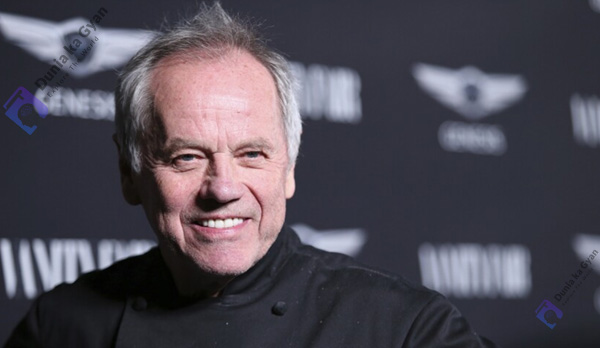 At the helm of over 30 restaurants all over the world, Wolfgang Puck is currently the holder of two Michelin Stars. He is arguably one of the world’s celebrity chefs, with catering projects for the Grammy Awards and Kim Kardashian’s wedding. Wolfgang is popular for his French-based cooking methods in America. He’s a popular part of “Hell’s Kitchen” and “MasterChef” as well.

Honorary Mentions: The top chefs in the world

No list of the best chefs in the world would be complete without the honorary mention of Jol Robuchon. Famous as “The Chef of the Century,” the late Jol was decorated with 28 Michelin Stars at the time of his passing in 2018.

Robuchon, Gordon Ramsey’s mentor, had more Michelin stars than any other chef in the world. He was famous for his delicate and extraordinary French cuisine.

Those are the world’s top 10 chefs. Through skill, innovation, and professionalism, these chefs have raised the bar in culinary arts. They are ideal role models for aspiring chefs.