10 Best Condoms Brands In The World For Pleasure & Protection 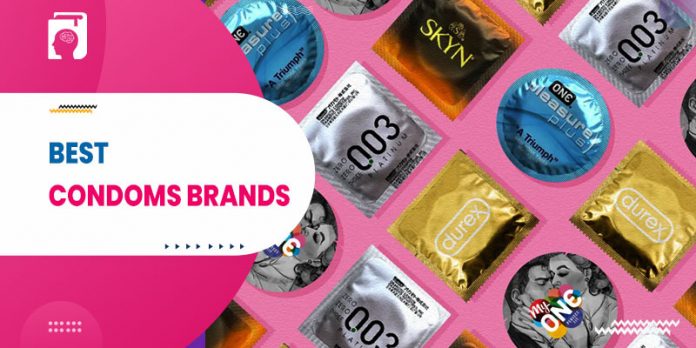 The use of condoms achieves contraception. There are several types of condoms, but the most prevalent ones are external condoms for persons who have a penis or sex toys that resemble a penis. They provide a barrier that keeps semen and other body fluids out of the partner’s vagina, rectum, and mouth to prevent pregnancy and STIs (Sexually Transmitted Infections).

Many condoms include lubrication and are available in a variety of tastes.

Condoms are divided into three categories:

External condoms: They cover the penis and can collect pre-ejaculate and semen.

Internal condoms: They are placed inside the vaginal opening and can prevent sperm from entering the partner’s body.

Dental Dam: During intercourse, a dental dam is a thin sheet that forms a barrier between a partner’s mouth, genitals, or anus.

Latex, a form of natural rubber, is commonly used to make condoms. Condoms composed of polyurethane, nitrile, or lambskin can be used by those allergic to latex.

Best Condom Brands in the World

Here are the top 10 condom brands in the world. 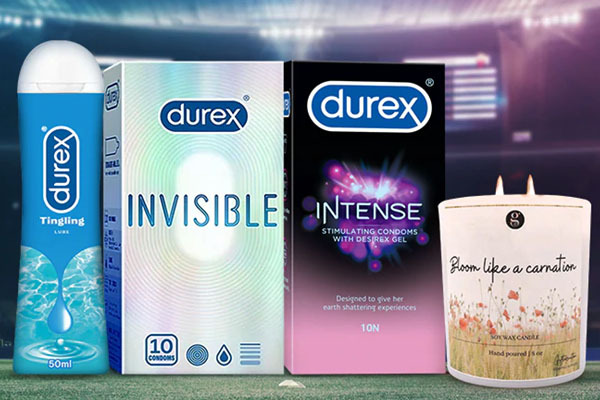 These condoms are intended to avoid difficulties with premature ejaculation. The UK-based firm was the first to create and apply electronic condom testing and the first to sell anatomically formed condoms. Durex also makes lubricants and rings.

Durex had a significant social effect in 2002 by supporting ‘Initiative H’, a gender equity program in Brazil. Such schemes have now been replicated in countries such as India. 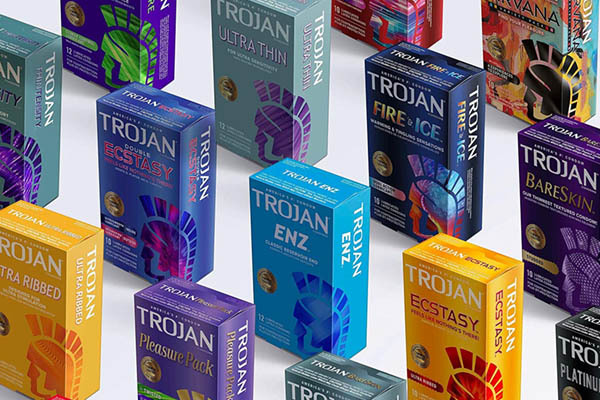 Condoms from Trojan Extended Pleasure are excellent all-around. They’re made with a silky lubricant that helps keep the enjoyment going for longer. They are composed of high-quality latex, which reduces the risk of pregnancy and STIs.

They also include a Climax Control penile desensitizing lubricant to prevent premature ejaculation. Trojan Her Pleasure Condoms are made with premium-quality latex to limit the dangers of STIs and pregnancy. This is one of the few condoms made with women in mind, which explains its tremendous popularity, particularly in the United States and Canada. 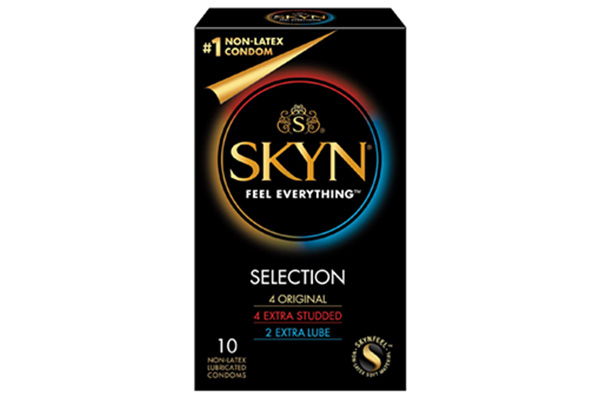 This is an excellent condom because it delivers protection, is soft, and comes in three types: Original, Extra Studded, and Additional Lubricated. Besides these extra features, the condoms are all constructed of polyisoprene, which means they’re latex-free for persons allergic to latex. The firm says that this material is thin in design, giving the impression that the barrier is scarcely there. Each condom is additionally lubricated, making it more comfortable to use. 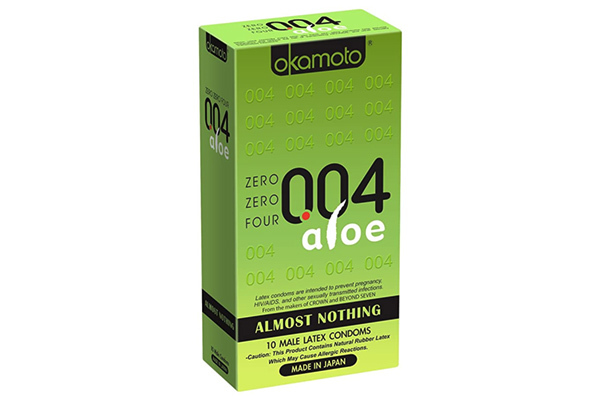 While Okamoto may not be as well-known as other condom manufacturers, the firm should not be neglected. The company keeps female pleasure into account when creating their condoms. Each condom is coated with an aloe-infused, water-based lubricant that, according to Okamoto, functions as an anti-inflammatory to give additional comfort to ladies who are in pain. As an extra advantage, the material utilized is thin and soft enough to make you forget to wear a condom. 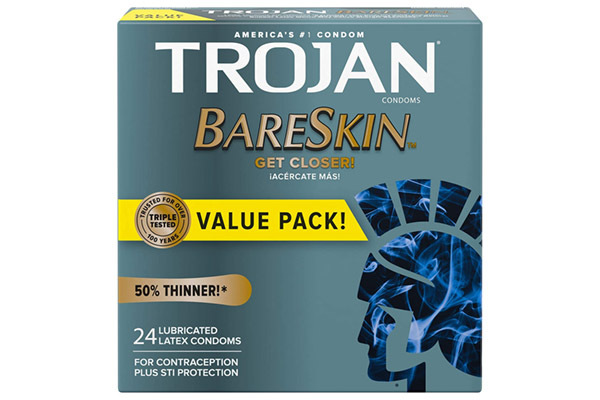 According to the brand, BareSkin external condoms are one of Trojan’s best-selling products, and with good reason. The external latex condoms are half as thick as the brand’s Ultra Ribbed Ecstasy, creating the impression that they are barely there. Additionally, every exterior condom is lubricated to ensure the most enjoyable experience possible. Using the external condom will prevent pregnancy and STIs, providing you with fantastic feelings. 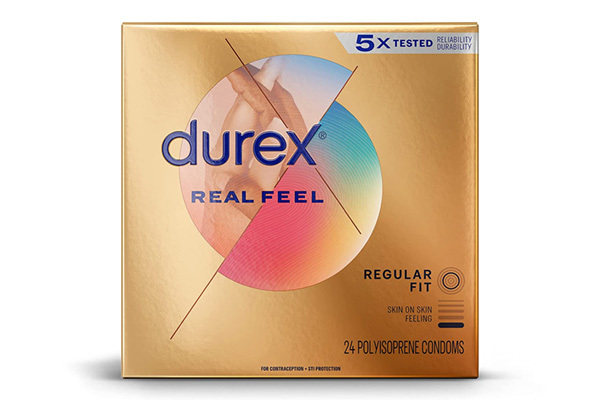 Most external condom brands use latex as a primary material, making it impossible for anybody with a latex allergy to use them. These Durex condoms, on the other hand, are made of a polyisoprene substance that should not irritate anyone sensitive to latex. The condoms have the added benefit of being cost-effective. 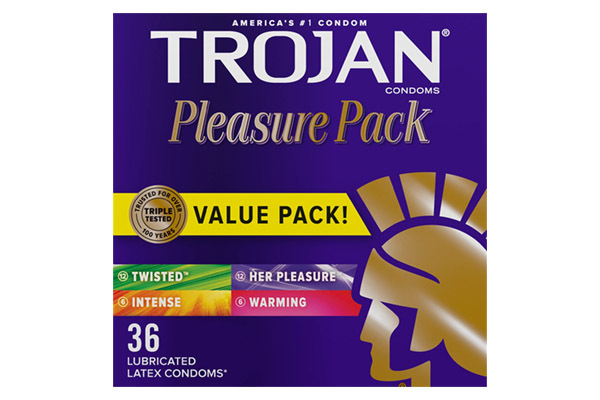 If you can’t decide whether you want an exterior condom with an additional lubricant or a ribbed design, this variety pack is for you. The Trojan Pleasure Pack comprises a variety of ribbed, super lubricated external condoms with heat and cold stimulation, and a slimmer design. So if you and your lover want to be ribbed one night and extremely lubricated the next, this box has you covered. 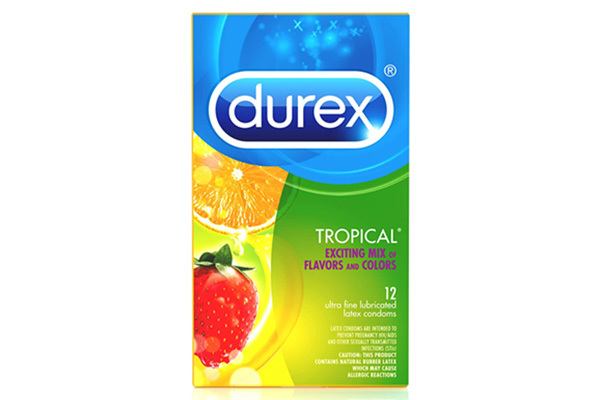 Are you looking to spice up your sex life with a bit of flavor? These Durex condoms come in tropical flavors that make your encounter more enjoyable, mainly if used during oral sex. The box has a variety of tastes, including apple, orange, strawberry, and banana. Besides the flavor, the condoms are composed of an ultra-thin material that adds comfort and feeling. 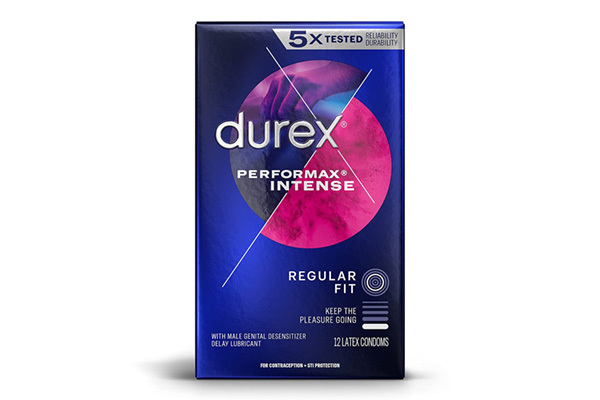 Many people feel that sexual penetration doesn’t go as long as they’d want when it comes to penis-in-vagina intercourse. This is common because the partner with a penis climaxes before the partner with vagina climaxes. Condoms that extend the experience can be used to prevent this from happening. The Durex Performax Intense condoms have a desensitizing lubricant that may help in prolonging the act. They’re also ribbed and dotted, which may be appealing to the individual who is being penetrated. 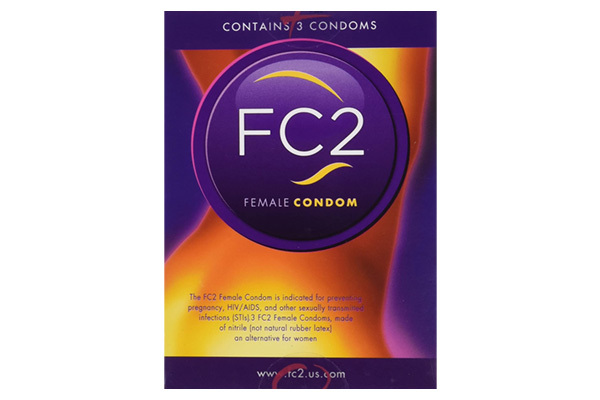 Internal condoms are sometimes referred to as “female condoms” since they may be used inside the vaginal canal. However, this is a misnomer. Internal condoms aren’t gendered or sex-specific, and many people who use them vaginally aren’t female.

Knowing you’re safe might also help you relax and enjoy your sex. You and your partner can relax and enjoy one other more when you know you’re protected against unwanted pregnancy and STIs.