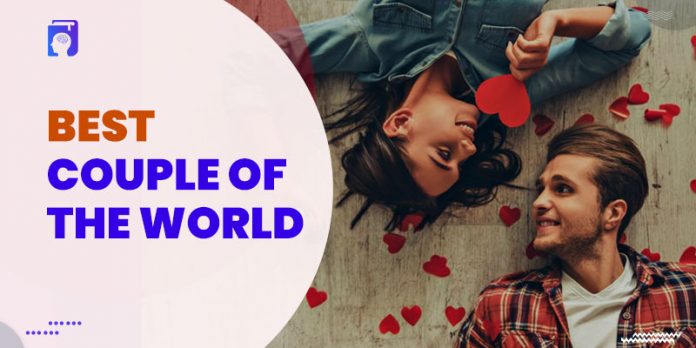 “Two is a company; everything is better in two’s.” And, that’s perhaps the foundation of the best couple of the world.

Finding the right person to spend your life with is crucial for success and happiness in your personal and professional life. Mind you, your partner’s dispositional characteristics directly affect you. Having the assurance of someone standing by you through thick and thin keeps you motivated to take the challenges of life head-on. You, as a result, tend to be more productive at work, live your life to the fullest, and even think of giving back to society. That’s true for both males & females.

The importance of having someone special cannot be overstated, but not everyone finds the right partner. While mismatches are all too common, some celebrities have done a better job of it. If that has piqued your interest, then read on. From the pages of history, social media, and celebrity gossip columns, we’ve rounded up a few memorable matchups whose love and charisma make us swoon.

Each couple has a unique love story characterized by charm, affection, and mutual respect. Simply put, they are successful individuals who continue to explore love in each other while making the world envious. So, without any further ado, let’s jump right into the best couple of the world.

10 Best Couple of the World

When David took vows with Victoria on July 4, 1999, the world witnessed the coming together of two megastars. David was the leading footballer back then and Victoria, a former Spice Girl. However, marriage isn’t always easy, even for soccer stars and Spice Girls. After hitting a rocky patch in their 17-year marriage, the two got back on track together by renewing their vows in a low-key ceremony in Jan 2017. The relationship, as far as we know, is going from strength to strength ever since.

Despite the ups and downs, the Beckhams are the best couple in the world for their sheer individual charm, unparalleled charisma, and their commitment to their relationship and a family of six.

While shooting the fantasy series Once Upon a Time, Ginnifer and Josh struck a chord with each other. The initial attraction grew into something more than just a fairy tale romance between Snow White and Prince Charming. Like in every fairytale, they dated for several years, got married, became parents, and lived happily ever after. While they are two successful individuals, together, they form one of the most iconic couples in the world. And, their love is likely to withstand the test of time. No list of top couples in the world is complete without the Kutchers. Ashton, who was in a previous relationship with Demi Moore, got together with Kunis on “The 70’s Show.” After several years of dating, they decided to walk the aisle and start a family. As of now, Kutchers are proud parents of a baby girl with another child on the way. They both are just too hot and perhaps cute couple goals out there.

When two gorgeous people meet, magic happens. Take, for instance, Adam Levine and Behati Prinsloo, for many the best couple of the world. These fantastic-looking individuals began seeing each other in May 2012, just a month after Adam ended an unstable relationship with Victoria’s Secret Angel Anne Vyalitsyna. While the Levine-Prinsloo relationship fell apart in May 2013, the couple got together again a few months later with a resolve to make it work, come what may.

The romance culminated in marriage in 2014 and the couple seems to enjoy each other’s company. The birth of a baby girl was the icing on the cake, and the pictures are just heart-melting.

When it comes to famous couples, Chrissy Teigen and John Legend form one. The singer, Legend, met his future better half, Chrissy, the model in 2006 on a music video shoot. Their liking for each other was instant, as the two started dating soon after. However, it took five years for Legend to pop up the question on an overseas vacation, to which, Chrissy obliged. Two years later, on Sep 14, 2013, the wedding bells rang. The venue for the fairytale wedding was Lake Como, Italy.

Proud parents of two gorgeous kids (Luna and Miles), Legend and Teigen are still head-on heels in love with each other. And, that’s a tell-tale sign of the best couple in the world, isn’t it?

When Justin fell for the actor/model Biel in 2007, his female fans were left heartbroken. However, it wasn’t smooth sailing for the relationship, as we saw them quitting and coming together time and again. Remember the public spat in March 2011, which briefly drew curtains on their relationship?

However, their connection was strong enough to reunite the best couple of the world. Come 2012, they entered wedlock, brushing aside the rumors of a breakup. They were blessed with a son, Silas, in 2015, while the second son was born in 2020.

Alves met American actor Matthew McConaughey in 2006. The couple became engaged on Christmas Day in 2011 and were married in a private Catholic wedding ceremony on June 9, 2012, in Austin, Texas, where they reside. As one of the top celebrity couples, they have three children: a son born in July 2008, a daughter born in January 2010, and a second son born in December 2012. 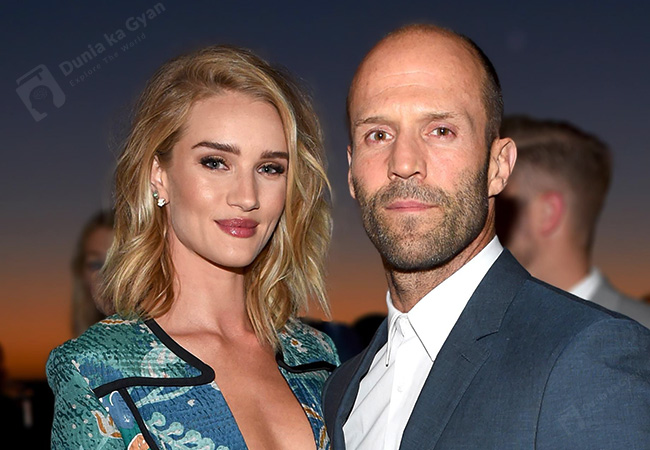 Jason Statham and Rosie Huntington-Whiteley might be one of the most low-key couples in Hollywood. The two English stars started dating in 2010 and got engaged in 2016, and they welcomed a son, Jack, the following year. Their relationship has been nothing but steady, and although they’re in no rush to get their marriage license, they look like one of the best celebrity couples.

Priyanka Chopra and Nick Jonas knew each other before they started dating in May 2018. They were engaged within two months and later married in traditional Hindu and Christian ceremonies. The couple has been head-over-heels in love with each other, despite being away from each other for professional reasons. The Coronavirus lockdown was their opportunity to spend quality time in each other’s company. With both doing great professionally, they easily make their way into the top 10 couples in the world. Sadly enough, this gorgeous couple is yet to start a family.

Tamblyn and actor/comedian David Cross got engaged in August 2011 and married on October 6, 2012. On February 21, 2017, Tamblyn announced that she and Cross had recently had a daughter. Like most other Hollywood couples, they also prefer to guard their privacy.

So, that was our list of the ten best couples of the world. We compiled the list by factoring in key parameters like the marital and professional success of the couples. Hopefully, you liked our compilation. In case you don’t, do let us know in the comment section below. Your feedback is anticipated.