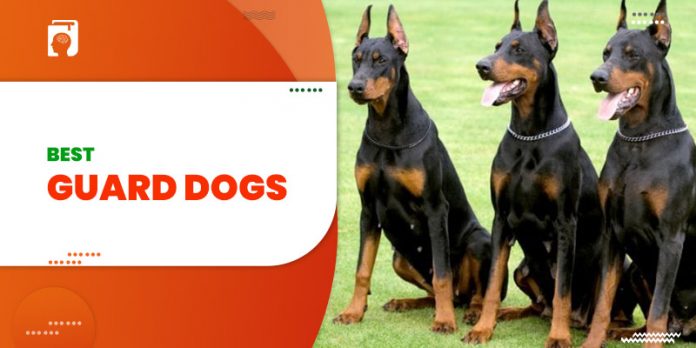 Dogs have been great pets for a long time, serving as companions and protectors. While some want them for companionship, some choose them as protectors.

There are unique guard dog breeds that serve as protectors to humans. According to the American Kennel Club (AKC), some dogs are naturally inclined to protect their owners or family. This makes them the best protection dogs.

There is a common misconception among people about guard dogs. They often consider them dangerous, harmful, and vicious.

Well, it is not all true. Though they bark at unknown people, they won’t attack. They have an instinct when protecting their owners from dangerous situations. More importantly, they offer a lifetime of love and affection like other dog breeds.

Protective dog breeds are loyal, brave, fearless, protective, devoted, and watchful. Also, they are large, have great strength, are obedient, and are responsive to training. Training, socialization, and adequate exercise are necessary for these watchdogs.

If you are looking for the best guard dog, this article will help you choose the right one.

I have curated a list of the best picks for the best guard dogs breeds here. Once you choose your breed, shower them with your love, offer the best treats, train them, and keep them happy all time!

10 Best Guard Dogs To Protect You and Your Family 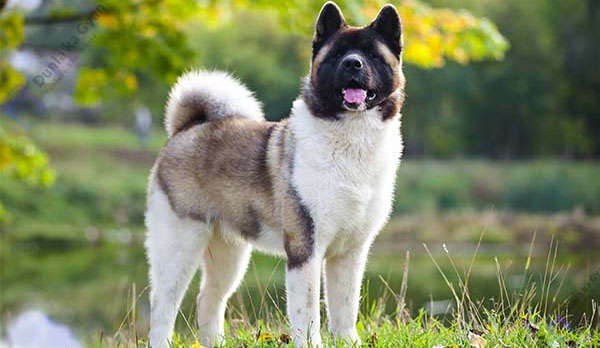 A dog of ancient Japanese lineage, Akita, is muscular and double-coated. They have curly tails and are considered a symbol of good health, happiness, and long life in their native country – Japan. Also, they are well-known for their loyalty and dignity toward their owners.

Akitas have a history. In the middle ages, they guarded the Japanese emperor and his family. They were used as fighting dogs and for hunting bears. In addition, the Akita was gifted to Hellen Keller when she visited Japan. She was the first American to own the Akita.

They tend to be more playful and friendly when you train them early. Socialize them from the beginning, as they are aggressive with other dogs. Increase their interaction with people to help them understand who is a playmate and an intruder.

Akitas have a dense coat of fur in various colors. The board, massive head, erect ears, and dark and shiny eyes are signs of alertness. 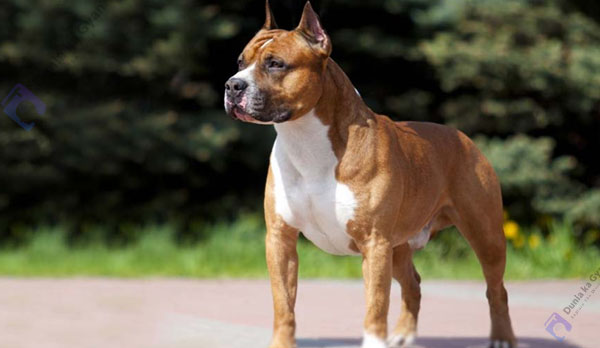 Commonly known as AmStaffs, American Staffordshire Terriers serve as protectors and companions. They are the types of pit-bull dogs and are playful, energetic, friendly, and affectionate. They are among the well-socialized and most loyal dog breeds.

Terriers are short-coated and medium-sized. The coat is stiff and glossy and comes in various colors and patterns. They have great personalities – prominent in size, muscular, agile, and graceful.

With appropriate exercise, they enjoy mental stimulation. With well-defined jaws, a broad head, dark and round eyes, and cheekbones, Terriers are stocky, always with a black nose.

Terriers are very keenly aware of their surroundings and are easy to train. AKC (American Kennel Club) refers to this breed as “confident, smart, and good-natured”. 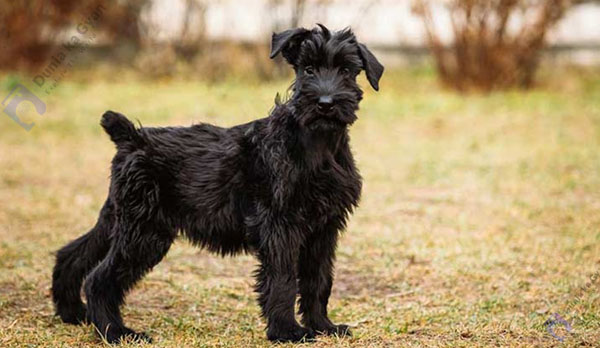 Giant Schnauzers are German-native strongest dogs belonging to one of the three Schnauzer breeds. They are the largest compared to its other breeds – Standard Schnauzer and Miniature Schnauzer.

Initially, this breed supported farmers in their fields to protect yields and cattle. Later, they eventually made their path to cities to protect industries, stockyards, breweries, and butcher shops.

With cropped ears, dense bread, and docked tails, they have dense and wiry coats, protecting them against the weather. You can find this breed in three colors: pepper and salt, pure black with a black undercoat, and black and silver.

Mental and physical stimulation is necessary for Giant Schnauzer. You must train them at the early stages, as they chase other pets smaller than them. 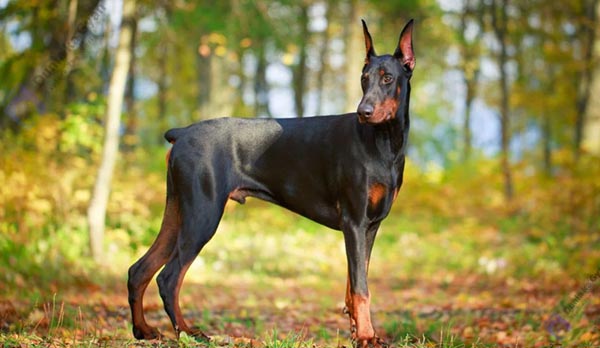 Also known as Dobermann, Doberman Pinscher originates from the United States. A medium-sized breed with long muzzle, cropped ears and docked tail. They are sleek, powerful, and fearless. With an elegant physique and canine intelligence, Doberman Pinscher stands among the world’s best protective dog breeds.

Dobermanns are known for their loyalty toward their owners. Also, they are extremely alert, bark a lot, and seriously threaten intruders. With less-dense and glossy coats, these breeds are available in black, blue, red, white, and fawn colors, all with rust markings.

With the incredible capabilities of protecting owners, Dobermanns are considered aggressive and ferocious. They are always alert and willing to protect their owners while being highly obedient.

Before you adopt them, you must know that they are prone to various medical conditions – spinal compression, blood-clotting problems, obesity, and skin issues, notes CertaPet. So, know what care and preventive measures you have to take beforehand. 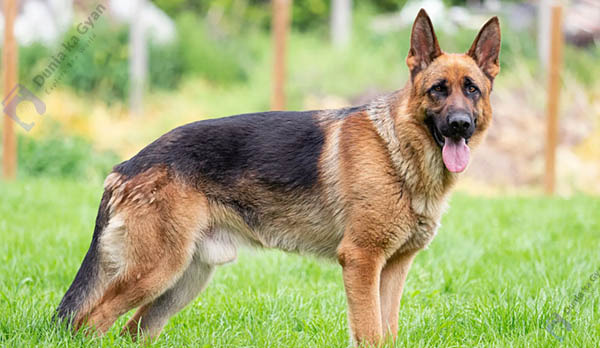 As its name suggests, the German Shepherd, also known as Alsatian, is a German-based domestic breed with medium to large size. It is an all-purpose worker breed. Initially, it was used for herding sheep. Since then, it has assisted humans in various works, such as search and rescue, police, and disability assistance.

Being the best guard dogs, German Shepherds are brave, steady, loyal, and confident. They risk their own lives to protect their family or owners. The best thing is they are natural learners and easy to train. It is necessary to train them not to pounce on anyone visiting your home.

German Shepherds have dense double coats in two variations: medium and long. With a domed forehead and a bushy tail, they have medium-sized brown eyes, large and erect ears, a square-cut muzzle, and a black nose.

This breed comes in front when it comes to loyalty among dog breeds. They are kind, compassionate, and affectionate to their families while being the finest stewards. 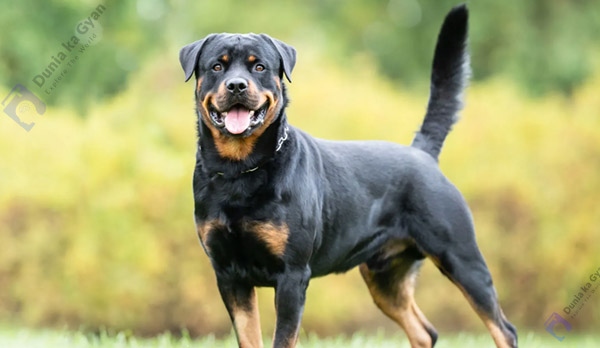 Yet another German-originated domestic breed, the Rottweiler, is a lineage back to the Roman troops’ mastiffs. Primarily, they were used to herd livestock and take the carts loaded with butchered meat to market. Today, they are also used as search and rescue, police, and guard dogs.

With great strength, they are protective, playful, and loving. For outsiders, Rottweilers tend to be aloof. However, with proper training, Rottie stays calm and confident, obeys the commands of his owners, and does not display too much aggression.

Rottweilers have two coats – an outer coat and an undercoat. While the undercoat is present at the neck and thighs, the out coat is dense, long, glossy, and flat. They are generally black with Mahogany, Rust, and Tan markings on cheeks, legs, muzzle, throat, chest, under eyes, and tail base. 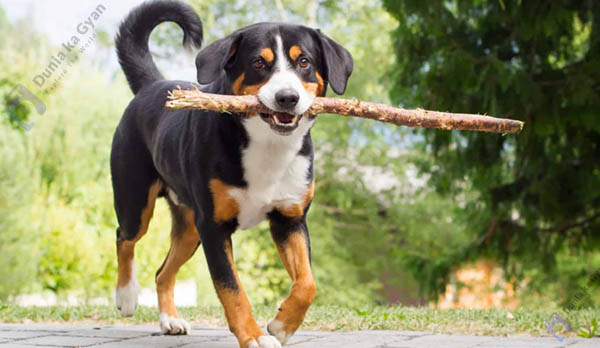 Appenzeller Sennenhunds are kind and friendly yet suspicious of newcomers. They are energetic, playful, and cheerful. With a squarely-built body, they are agile and muscular, making them the best family watchdogs. Their ability to obey commands and versatility make them a perfect breed for search and rescue, police, and herding.

Coming to their appearance, they have double coats with thick, shiny, and straight top coats. As stated earlier, they are tricolored. The primary color is black or Havana brown, with white markings on the chest, feet, and face. There are reddish-brown areas between these colors.

Sennenhunds are fearless, high-spirited, and courageous, requiring good training and appropriate exercise. However, they are ill-suited for apartment living. 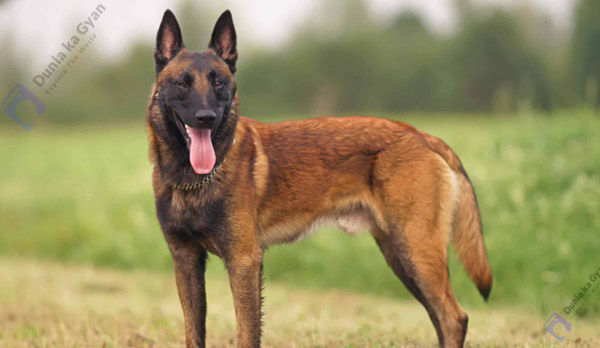 Belgian Malinois, also known as Belgian Shepherd or Belgian Sheepdog, originates from Belgium. This breed got famous when one, Cairo, helped the Navy SEAL Team 6 take Osama Bin Laden down in 2011.

Initially, Malinois was a famous herding breed. Later, it was used as an assistant, companion, search and rescue, police, guide, detection, and guard dog.

Similar to German Shepherds in appearance, Belgian Malinois has a long, slender head with triangular, erect ears. It has a long, narrow muzzle, strong tail, and muscular neck.

They are strong, loyal, intelligent, and the best companions of humans while being protective. Good exercise, love and affection, and, more importantly, training are necessary. 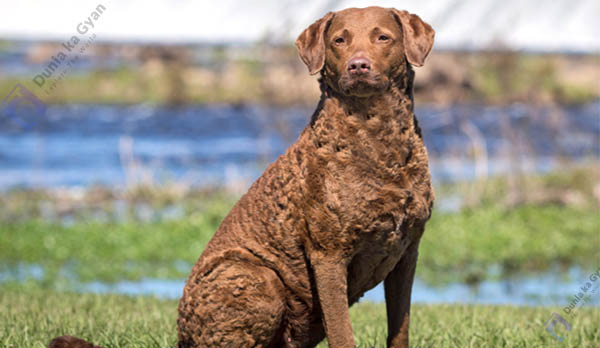 An American-original breed, Chesapeake Bay Retrievers, are medium to large size with an appearance similar to the Labrador Retriever but have a wavy coat. They are naturally protective, emotionally complex, loyal, upbeat, sensitive, and affectionate to their families.

Yellowish or amber-hued, clear eyes compliment a bushy tail and a double coat. The coat is slightly oily and waves on the shoulders, neck, back, and loins. They are found in 3 primary colors: brown, sedge, and dead grass. In addition, they are very rarely found in white color.

Chessies have the instinct to learn things on their own. Though they are polite and protective, they are not over-friendly to strangers. Further, they are well-socialized, versatile athletes, and confident enough to be hunting companions. 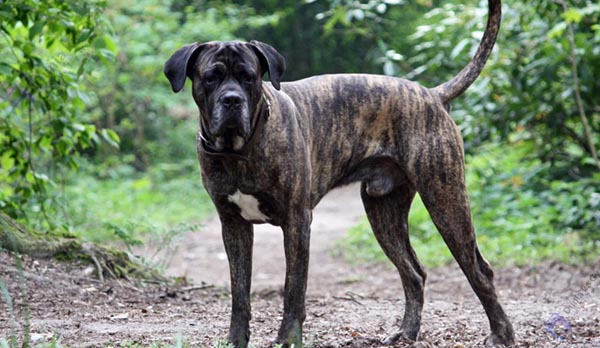 Having a lineage in ancient Roman times, Cane Corso is an Italian mastiff breed. Cane Corso is a Latin name that, when translated, implies ‘bodyguard dog’.

Corsi are heavy-weighted, short, and pain-resistant. They can be aggressive with strangers but are loving and affectionate to their families. Training is imperative to make Corsi friendly with owners and other pets.

Talking about Cane Corso’s appearance, it has a short, dense, and lustrous coat. The coat may be black, grey, fawn, or dark wheaten, with minor white markings on the chest, feet, and nose. It has a big, solid head over one-third of its height. With oval eyes set well apart, they are primarily black.

Here ends our list of the best guard dogs. All of them are highly energetic, protective, alert, and intelligent. They always strive to protect their families or owners from intruders while being loving and affectionate.

Remember that these breeds require training in the early stages, as they chase other pets and become aggressive to strangers. They need a highly skilled trainer. If trained poorly, they are very dangerous to others.

Choose the best and appropriate breed and shower your love and affection!

1. What to look for when choosing a guard dog?

2. Which is the most intelligent protective dog?

German Shepherds are more intelligent than others, as they have a solid grasping power. They quickly learn commands and are bold, fearless, and confident.

3. Which dog breed has the longest life expectancy?

4. Which are not the best guard dogs?

5. Can a protection dog be a family pet?

Yes, a protection dog can be a family pet too. 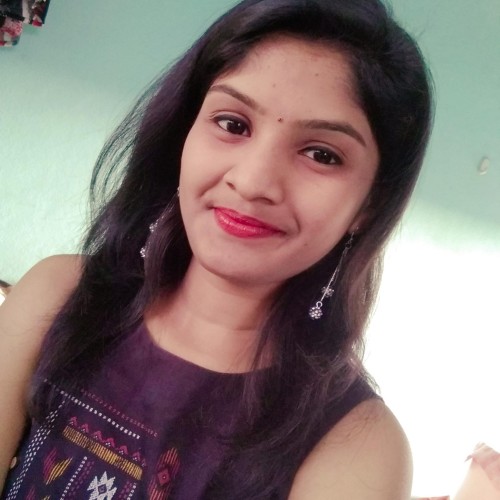