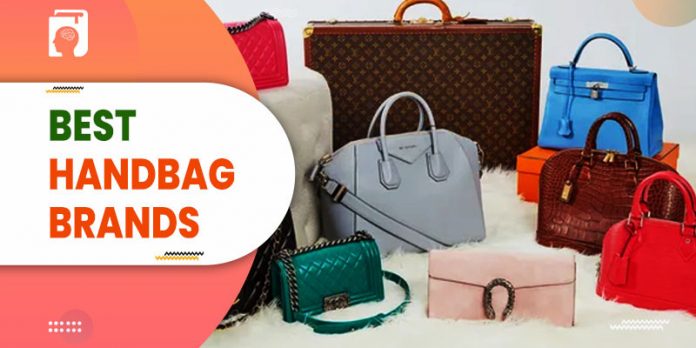 Handbags are both a fashion statement and a necessity. We can’t leave the house without our beloved handbag, and it has proved to be one of the most crucial accessories for ladies. We need a bag that is functional, attractive, and fashionable. Moreover, it must add sophistication and elegance to our outfit.

When purchasing a handbag, comfort, functionality, design, and material are all crucial factors to consider. It’s an investment, so go for a branded, high-quality handbag that reflects the times and your confident demeanor. Luxury handbags have the ability to enhance a lady’s elegance. Why not add a great variety of long-lasting handbags to your ensemble instead of waltzing with a one-season wonder?

Listed below are some of the best handbag brands available from well-known fashion houses. 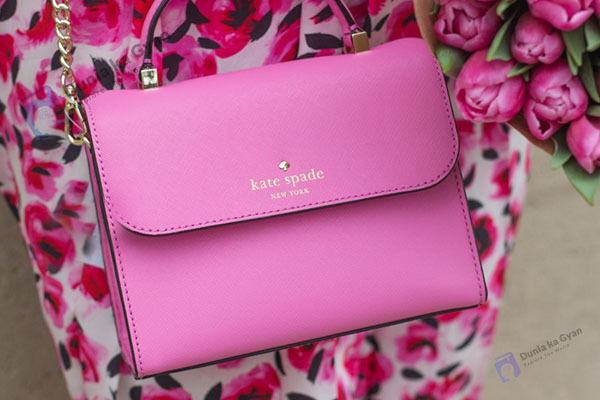 Kate Spade New York was founded in 1993 as a consequence of a goal to make the ultimate handbag. It was formed by its namesakes, Kate Spade and Andy Spade, and operates as a subsidiary. In July 2017, Tapestry Inc. purchased the firm for a price of 2.4 billion dollars.

Kate Spade New York is an American-based firm that specializes in well-designed handbags that are the envy of all women. It was designed for upper-middle-class ladies searching for a distinctive bag with a distinctive fabric, color, and form. A selection of the company’s distinctive and attractive handbags includes bucket bags, belt bags, convertible bags, laptop bags, travel bags, tote bags, and satchels.

Kate Spade handbags have become one of the most well-known brands in the world of handbags. Kate Middleton, the Duchess of Cambridge, and Chelsea Clinton have both been known to carry the brand’s handbags. In the year 2011, Bryce Dallas Howard, a well-known star, was named its brand ambassador. The Kate Spade New York Foundation is in charge of all charitable initiatives for this globally famous business. 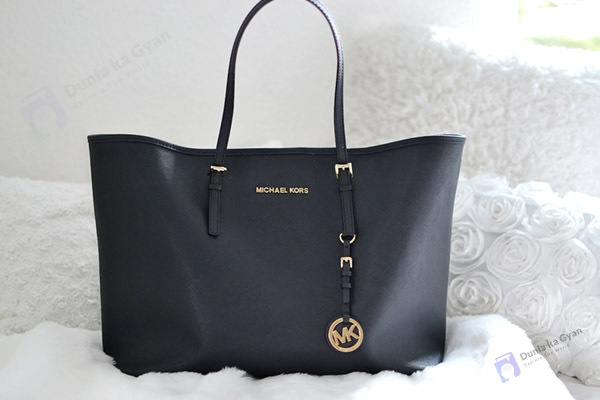 Michael Kors Holdings Limited is a well-known global company that caters to affluent clientele with a wonderful selection of handbags and other accessories. Michael Kors, the company’s namesake, launched it in 1981, making it one of the world’s oldest firms. This public firm is headquartered in New York and has 1,500 boutiques and 550 retail locations.

Michael Kors is a well-known American brand that caters to an affluent clientele searching for a luxurious and distinctive handbag. The bags’ high prices are really a plus for the brand since they distinguish them as a unique item that everyone wants.

Backpacks, shoulder bags, cross-bodies, totes, and satchels are among the products available. Michael Kors’ signature style is evident in every handbag he produces. They are made with high-quality materials.

Michael Kors has informed clients that no animal fur will be used in the production of any of his products. The Chinese actress Yang Mi has been named it’s brand ambassador. A number of celebrities from the film industry, as well as professionals from other fields, have proudly carried their handbags. 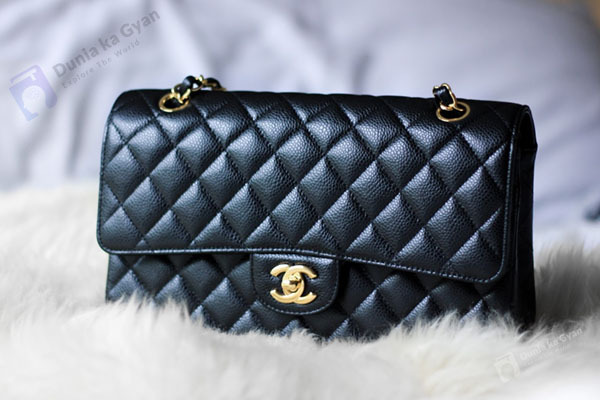 Chanel is one of the most opulent and prestigious fashion labels in the world. Coco Chanel created this iconic brand in 1909, and it has since influenced fashion around the globe. Chanel is a French fashion house that sells its products through independent Chanel stores on seven continents. At the end of the fiscal year 2017, this multibillion-dollar corporation reported sales of $9.6 billion USD.

To Clientele at the firm include the wealthy, who buy expensive yet unique handbags. The prices may be exorbitant, but the Chanel handbags are worth every penny since everyone wants to have one.

The decorations are incredible, the material is extremely soft, and the whole appearance must be seen to be believed.

Celebrities such as Marilyn Monroe, Nicole Kidman, Vanessa Paradis, and Keira Knightly have proudly carried Chanel handbags to events such as the Golden Globes, Academy Awards, and Grammy Awards. 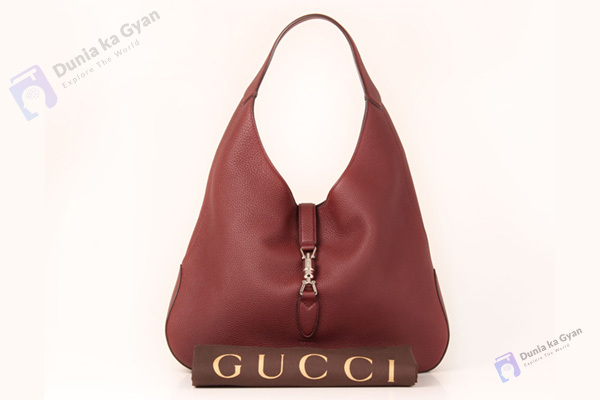 Gucci Jackie is an Italian company founded in 1921. The label specializes in leather products, such as opulent bags. With revenues exceeding 4.3 billion dollars by the end of 2016, Gucci has been named one of the world’s most valuable brands.

Gucci purses are nothing short of marvellous. It is one of the most opulent and stylish products in the brand’s collection. Exotic bags made of satin, waterproof canvas, bamboo, and animal skins are regarded as great buys among the company’s consumer base. 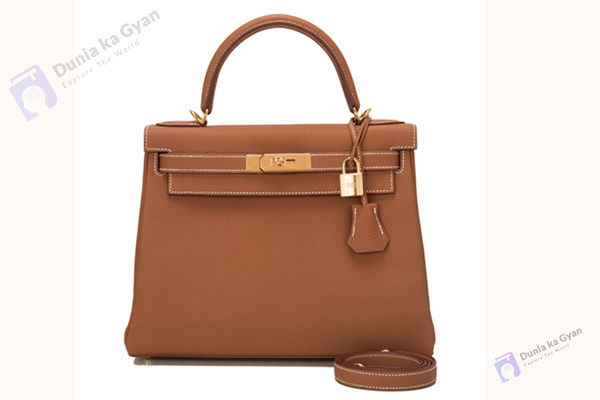 Hermes is a designer of high-end fashion accessories, including an incredible selection of stunning purses. The company was founded in 1837, making it one of the industry’s oldest and most recognized companies.

The firm serves a wide range of clients, including aristocrats and the upper crust. Hermes creates timeless and exquisite designs that are sought after by fashionistas. The pieces are handcrafted with exceptional design and craftsmanship, making them one-of-a-kind objects that are appreciated by everybody.

The Birkin, named after actress Jane Birkin, was one of Hermes’ most popular purses. The Hermes Foundation is also active in charitable efforts for the corporation. 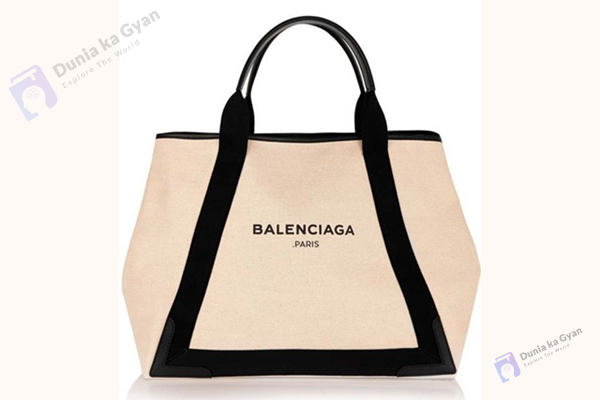 Balenciaga is a Spanish fashion business that sells a variety of items, including handbags. Cristobal Balenciaga founded it in 1919 and its headquarters are in Paris.

Balenciaga is known for its leather purses that are soft, light, fashionable, and long-lasting. It provides a mix of modern, comfy, and fashionable things that are in demand today. Balenciaga’s motorcycle-inspired line is one of the most popular handbag collections.

Kristen Stewart, who has been a long-time devotee of the brand, is one of the many celebrities who have been linked to it. 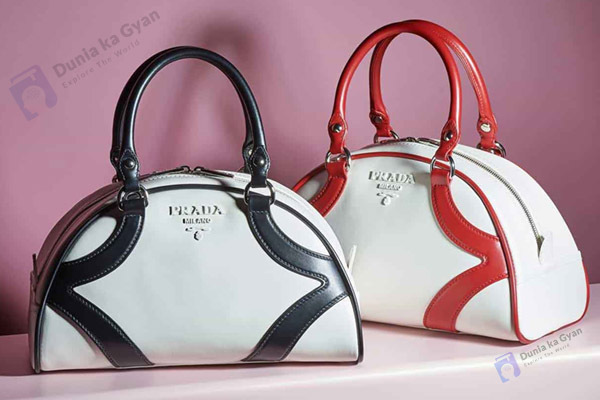 Prada is a fashion house that specializes in accessories, such as their well-known leather purses. Mario Prada created the firm in 1913, and it is of Italian heritage. The fact that its net worth is estimated to be $8.6 billion dollars speaks volumes about its standing.The corporation has 618 boutiques located in almost every country on the planet.

Prada was intended to create purses that women would like and treasure. It’s no longer just an accessory; it’s an essential aspect of a woman’s look.

During Milan Fashion Week in 2018, Prada debuted its most current handbag collection for summer and spring. It was a smash hit right away, boosting the brand’s appeal to new heights. 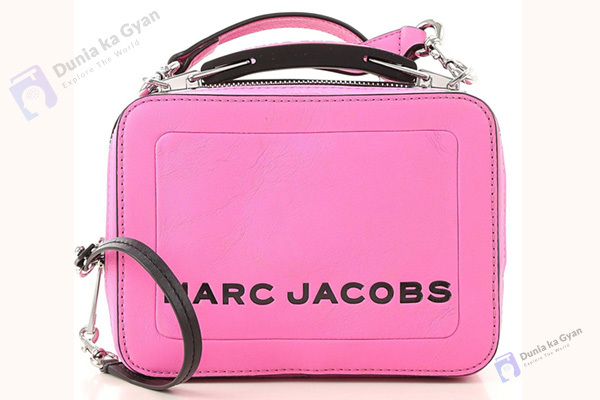 Marc Jacobs is a fashion label founded by its namesake, Marc Jacobs. It is well-known across the world for its innovative and elegant product range, which includes high-quality handbags. With the passage of time, this profitable enterprise has grown to cover eighty nations in the international market with 200 retail shops.

The Crocodile Creation is responsible for this well-known brand’s popularity. These special purses were fashioned from crocodile leather and established a craze among buyers in a short period of time. Two of the most popular purses in this exclusive line are Carolyn and Delray, available in purple and pink, respectively.

Marc Jacobs has carved himself a niche in the industry and is regarded as one of the top 100 most influential people in the world. This brand’s net value is estimated to be 110 dollars. 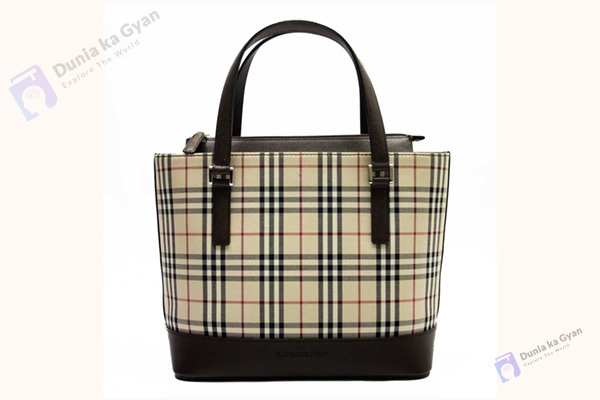 It is a dream come true for many women to own a Burberry purse. Despite its high cost, it is said to be worth every penny. Thomas Burberry founded this British origin brand in 1856, giving it a legendary status.

The high-quality and distinctive product range of Burberry has attracted celebrities, leaders, singers, and sportsmen. 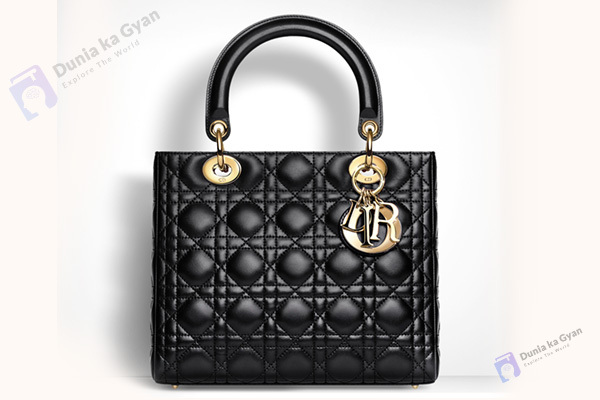 Christian Dior was a French fashion designer who established his own fashion business in 1946. It is estimated that this European corporation’s net worth is in the billions, and it currently has 210 locations serving the global market.

In the field of handbags, Christian Dior is a well-known brand. All of its items are works of art that can only be described as lovely, exquisite, and fantastic. Designers have excelled themselves as each bag has been crafted with meticulous attention to detail and perfection. It is now a status symbol and symbol of class to carry an A-listed Christian Dior purse.

Celebrities such as Rihanna, Jennifer Lawrence, Carla Bruni, Marion Cotillard, and Mila Kunis have endorsed the firm’s handbag lines over the years.

Those were the world’s top ten handbag brands. In addition to being very popular and having great reviews, these brands are also considered by some of the top fashion icons in the world. They offer great quality, so you should check them out.