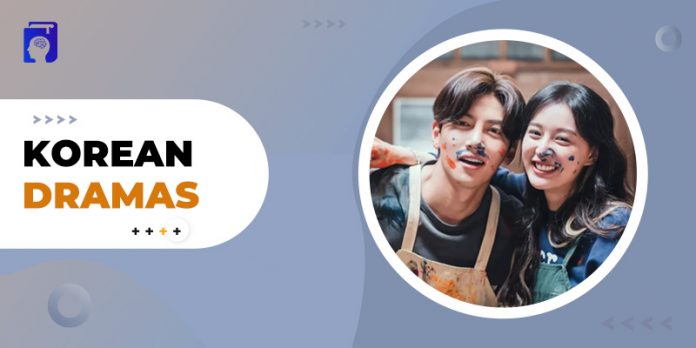 The best Korean dramas or K-dramas have become quite popular over the years. From youngsters to adults and the elderly, their audience is vast and growing. The South Korean film industry is not a new phenomenon. It has been around for close to a century now. But the rise of K-dramas has been initiated in the last two decades due to some plausible reasons.

They have an enticing storyline, a heavy dose of glamour, and captivating cinematography. Though romance is a dominating fixture in K-dramas, there are superhero movies and crime shows as well. No matter what your preferred genre is, you will find a TV series in the K-drama section. Also, we have been watching American movies and TV shows forever. Korean dramas give you a break from them.

But if you don’t know anything about Korean pop culture, then don’t worry. Here’s your list of the top 10 Best-watch Korean Dramas that will keep you hooked.

Think of it as the best Korean drama series in the action and thriller sub-genre. City Hunter was released in 2011 and directed by Jin Hyuk. high-intensity action includes martial art fights, various self-defense tactics, and more. In City Hunter, you can expect a brilliant revenge plot mixed with romance. The main character, Lee Yoon Sung, is the “City Hunter,” and his purpose is to avenge his dad’s murder.

Ever since his dad was killed, City Hunter was training to take revenge on the killers. However, Yoon does not let anyone come in his way to distract him while he is planning his revenge. But he still falls for a woman, who distracts him. You will see some healthy mixture of revenge and romance in City Hunter in all 20 episodes.

2- Descendants of the Sun

Descendants of the Sun was released in 2016 and instantly became a mega-hit. Directed by Lee Eung-bok and Baek Sang-hoon, the TV series has more than 40% positive ratings and has already won various KBS drama awards. But the drama show was so exciting that the writers didn’t want to write more episodes to ruin the experience. That’s why this K-drama has only 16 episodes and is ideal for binge-watching on weekends. The main genre of this show is action mixed with romance and the storyline is also pretty nice.

The storyline includes a woman who is operating a medical team that takes care of an army set out on a secret mission. The war scenes are based on Uruk. As you can already guess, the lives of the protagonists are full of action pack adventures. But the real fun begins when you start guessing whether or not they will find love and risk their life amidst all of the drama. The show is mixed with talented casts, romantic chemistry, and doesn’t disappoint at all. It even has some real-life experiences for you to enjoy.

Like the other two K-dramas in the list, this one does not include any special action scenes but the genre is fantasy, sci-fi, romance with some hints of comedy. This Kdrama series is pretty famous all over the world ever since it was aired. The story consists of a century-old alien with superpowers, and he was trapped on our planet. Currently, he is working as a college professor, but he tries hard to get back to his own planet.

But that was before he fell in love with a popular actress. The charming protagonists are not the only attraction of the show. The story is sharp, intriguing, and will keep you engaged with a fine blend of comedy, romance, drama, time travel, etc., in all 21 episodes. The concept of the show is truly amazing and not something you could easily get bored of.

The Heirs first aired in 2013, directed by Kang Shin-Hyo and Boo Sung-Chul. If you are into teenage dramas, we recommend you to watch this show. The main plot revolves around Kim Tan and Go Eun Sang. Kim Tan, an heir of the Empire Group, visits the USA for studies where he meets Go Eun Sang who too came to the USA in search of greener pastures.

When Kim met Sang for the first time, she was going through some lows in her life, and that triggered sympathy in Kim. Then Tan decided to take Sang home aka Korea and that’s where the real drama starts. Even though the storyline of The Heirs is a little cliche, it won’t hurt to explore the best Korean drama in the teenage romance genre. The Heirs is modern, funny, cute, sometimes romantic, sometimes emotional, and overall a nice show.

A directorial masterpiece of Kim Yoon-chul, Woman of Dignity was aired in 2017 and had 20 episodes in total. If you are searching for something out of the ordinary like a mature K drama with great acting and attractive leads, then Woman of Dignity can be your show. It has some awesome dialogues, comedic instances, mystery, and thrills.

Woman of Dignity is based on a storyline that consists of a rich family. The protagonist, Woo Ah-Jin, has a luxurious life, thanks to her father-in-law. However, her lifestyle starts to change when she meets a broke lady, Park Bok-Ja who is the new caretaker of the house. Park Bok-Ja had a goal in her life; she wanted to be a part of a wealthy family and come out of her misery. Hence, the Woman of Dignity series has two female protagonists, along with some side characters.

It is not based on the typical romance like other shows on the list. Instead, it celebrates a platonic relationship between two women that makes us feel empowered.

6. Guardian: The Lonely and Great God/Goblin

Guardian: The Lonely and Great God/Goblin was aired in 2016 with 16 episodes. It was written by Lee Eung-bok, Kwon Hyuk-chan, and Yoon Jong-ho. This is another fantasy and romance Korean drama that gets you hooked from the first season. The goblin is a modern protector of the souls but if he marries a human bride, he will get rid of his immortal life. And, the goblin wants exactly that.

But when he finds the bride and falls in love with her, he realizes that he does not want to get rid of his immortality anymore. Rather, he wants to live with his wife forever. This is an epic love story where you will meet some emotional moments. The show is not only a mixture of romance and fantasy but also some comedy, suspense, and mystery. That makes it the best Korean drama in its genre.

Aired in 2017, Prison Playbook is categorized under the dark comedy genre and has 17 episodes. It’s a beautiful story of friendship between prisoners. If you have watched the greatest American show Prison Break, you might like this one too. The protagonist of Prison Playbook is a basketball player who ended up in prison for some reason.

Though you won’t get to know why the character has been prisoned, some flashbacks from the past will gradually tell you. The personal stories of the characters will touch your heart even though the K drama is more like a comedy than a crime show. If you are not looking for typical romance shows — of which Korea provides many — you can watch Prison Playbook this weekend.

Aired in 2015, Kill Me, Heal Me is a romantic comedy with some suspense and medical references in it. It has 20 seasons, making it one of the most loved Korean series. The comedy-drama is about a billionaire who has amnesia and multiple personality disorder caused by childhood trauma. He has seven types of personalities and often forgets what he is up to.

He seeks help from a psychiatry student who is in her freshman year to heal his personality. But the doctor fell in love with one of his seven personalities. While you are watching this show, expect some unexpected turns and twists that make it even more hilarious. So, it’s a must-watch Korean drama.

Liar Game is a mysterious show with some thrillers in it. It consists of great tricky questions that you would want to solve. You can’t solve them if you don’t watch it till the end. The drama has only 12 episodes, which makes it binge-worthy. The story revolves around a reality game show named Liar Game where ordinary people can earn huge money.

The opponent who can cheat will win and be a millionaire. There is a naive girl among the participants who play the Liar Game to pay off debts her father made. To win the show, she asks for help from a psychology professor. The show is based on a Japanese manga and is super thrilling that keeps you guessing throughout the 12 episodes. It portrays how far people can go when they are driven by greed.

Doctor Strange is a medical romance show with 20 episodes directed by Jin Hyuk and Hong Jong-chan. But why is it among the best Korean dramas? Well, it gives you action, romance, and medical references packed up in just one show like Grey’s Anatomy. But unlike Liar Game, this show is quite predictable just like any other typical Korean drama.

The main character of the show is Park Hoon, a South Korean boy kidnapped by a group of North Koreans. Park has his father with him, a world-famous surgeon in South Korea who was also kidnapped by North Koreans. In North Korea, the father and son will develop some bonding, and Park will become a doctor under his influence. But then he falls in love with a girl, and then the drama starts. If you like medical dramas, then Doctor Stranger is a show to watch.

So, these are the 10 Best Korean Dramas ever, but there are some notable mentions as well. This includes Record of Youth, When My Love Blooms, Tale of the Nine-Tailed, Crash Landing On You, etc. But one thing we are sure about the Korean series is that they are predictable except the ones given in this list. So, tell us in the comment box below which of these Top 10 Must watch Korean Dramas you are planning to watch.