10 Best Martial Arts in the World 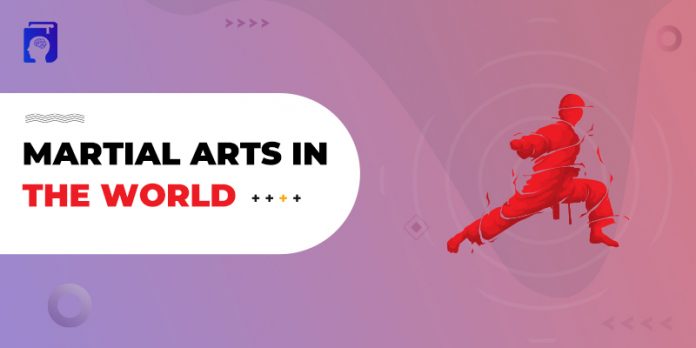 When thoughts turn to martial arts, what comes to mind? Perhaps Jackie Chan, Bruce Lee, Jet Li, and other martial artists are performing impossible stunts. But not all of them have perfected the same kind of martial art. When it comes to quantifying martial arts, the numbers are just too many.

Every country has its own native style of fighting and, hence, the diversity in martial arts. Even though all of the fighting styles have the same motive—to subdue their opponent deliberately—not all of them are executed in the same way. Some are more aggressive, harder, and more effective than others.

Here are the top 10 martial arts in the world and the details that make them special.

10 Best Martial Arts in the World 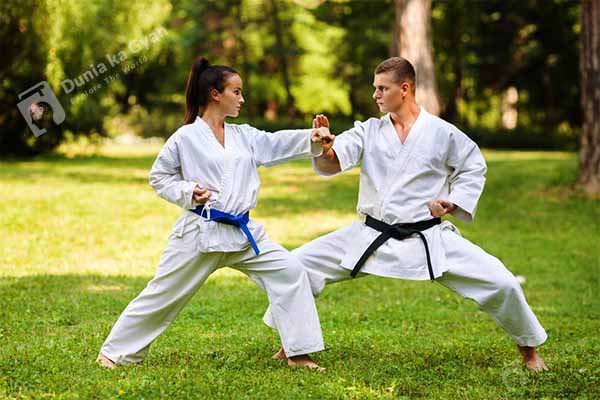 Karate is a Japanese martial art that originated on the island of Okinawa in Japan and acts as an excellent self-defense technique. When you practice or perform karate, your entire body works together to defeat the opponent. Karate fighting includes everything from elbows and legs to fists, throws, and knife strikes. Even if the opposing fighter is not wearing any protection, you can blow and hurl punches with full force in Kyokushin karate.

Any other martial art on the list can seem deadly to you, but not karate. Karate is a little lighter than the other martial arts because it focuses on both the mind and the body. You need to have a dedicated mind to concentrate on your opponent’s moves while performing karate. And at the same time, your body needs to react quickly to defend itself. So, like any other martial art, it is based on tactics and constant practice. 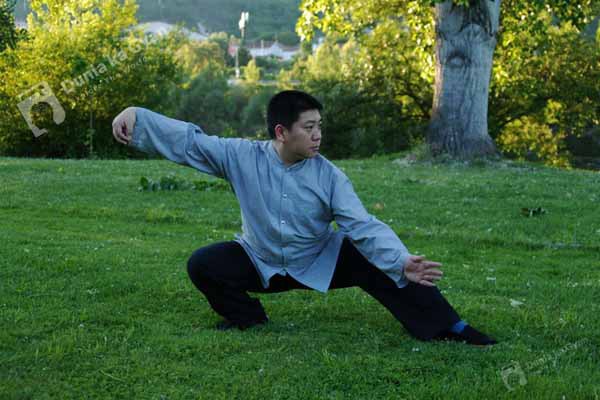 Kung Fu was born in China and, to an extent, resembles karate. The first thing about Kung Fu is attacking your opponent with speed and force before he/she attacks you. And if he/she does, you need to be able to defend yourself. Historically, Chinese warriors used Kung Fu as a self-defense technique. There are many parts to Kung Fu, each having its own styles and fighting mechanisms.

Kung fu is also believed to be a deadly martial art since it involves the mind. Buddhist monks are said to transfer their mental power to the body during a Kung Fu fight. Shaolin monks started Shaolin Kung Fu and used the tactics against pirates in Zhangjiagang on July 21, 1553. There were thousands of casualties among the pirates, while only four of the monks sustained injuries. 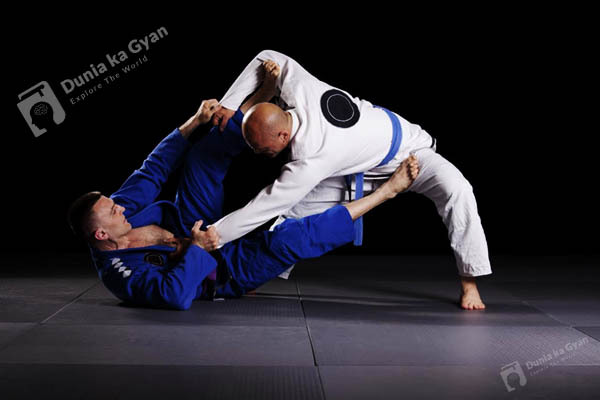 Brazilian Jiu-Jitsu is right there among the top martial arts in the world. True to its name, Jiu-Jitsu is a Brazilian martial art that focuses on grappling using joint locks and the choking technique to beat the opponent. The martial art was developed from Judo, which was being practiced way before World War II. Judo includes various techniques from classical Jujutsu that also focus on ground fighting techniques.

Jiu-Jitsu proves that no matter how small or physically weak you are, you can balance your strength and use techniques for defense against a comparatively bigger and stronger enemy. You can train in Brazilian Jiu-Jitsu for self-defense, sporting tournaments such as gi and non-gi, martial art competitions, or just to stay fit. 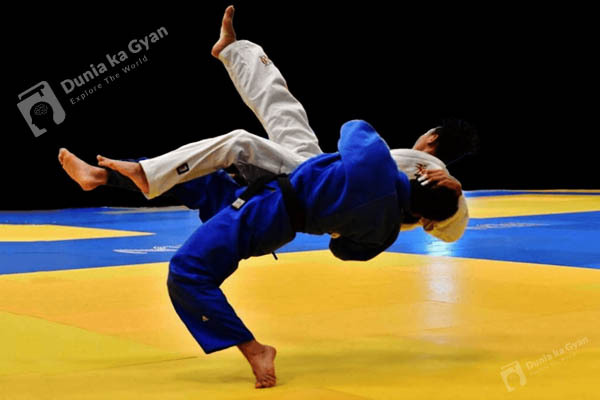 Judo originated in Japan and is about throwing or taking down your opponent to gain points. In Japanese, Judo means the gentle way. This martial art has been here since 1882 and even enjoys the status of an Olympic sport. That’s enough for a sport to be one of the best martial arts in the world. Judo is not only a physical sport but also stimulates the mind.

In Judo, your prime focus will be to pin the opponent down to the ground, usually, by throwing him. You can use your hands and feet for defense and also strike and thrust. But you can only use your hands or feet in a pre-arranged form and not haphazardly. Judo was known as Jiu-Jitsu before it was introduced in the Olympics. A judoka is someone who practices Judo and the judo uniform is called judogi. Judo is one of the most practiced Japanese martial arts that anyone can train for. 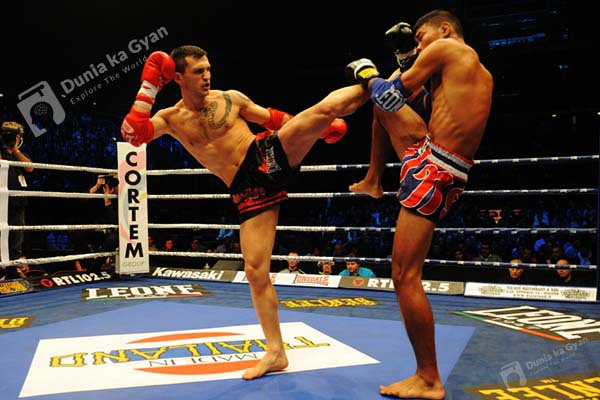 Kickboxing is a form of exercise, sport, or self-defense. There are other varieties, but most of us are familiar with American Kickboxing, which uses knees, headbutts, punches, kicks, and other techniques to take down the opponent. Kickboxing is a relatively new martial art, having been founded in Japan in 1959 by Osamu Noguchi and Tatsuo Yamada. When Karateka Yamada wanted to establish a whole karate game without the participants hitting each other, the two pioneers came up with kickboxing.

Yamada asked Noguchi, the manager of Thai fighter Nak Muay, to institutionalize kickboxing as both of them shared a passion for Muay Thai. But kickboxing wasn’t that popular back then until the 1970s when it was introduced to America. Kickboxing is now considered to be a hybrid of combat sport and martial arts. Combat because kickboxing has plenty of overlap with other sports and a martial art because it was influenced by karate and Muay Thai. As of now, kickboxing is one of the top martial arts in the world. 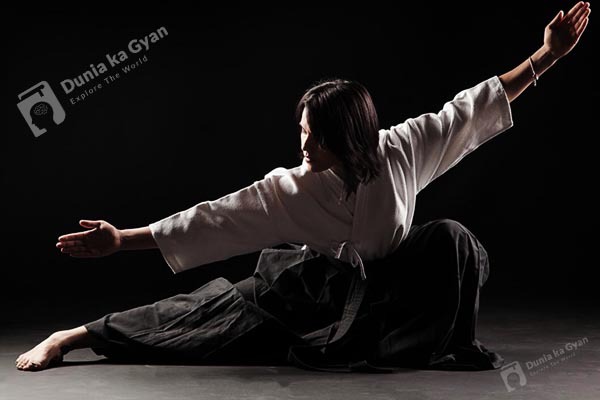 Aikido is another Japanese martial art that serves as a self-defense mechanism. The martial art is the brainchild of Morihei Ueshiba, who wanted to create martial arts to help people defend themselves without inflicting any injuries to their opponents. The English translation of Aikido is “the way of harmonious spirit” that anyone can learn and practice. The main component of Aikido is not striking the opponent. Instead, the defender discovers the vulnerabilities of the attacker and acts accordingly. At the same time, the defender makes sure he/she is not disclosing his vulnerabilities himself.

When the attacker attacks, the best thing a defender could do is to go with the attacker’s movement and use that to take advantage of him instead of fighting with him. The most famous practitioner of Aikido is Steven Seagal, a trained professional who has won a 7th-degree black belt. If you want to learn Aikido, you might as well want to watch his videos. After all, he’s one of the top martial artists in the world. 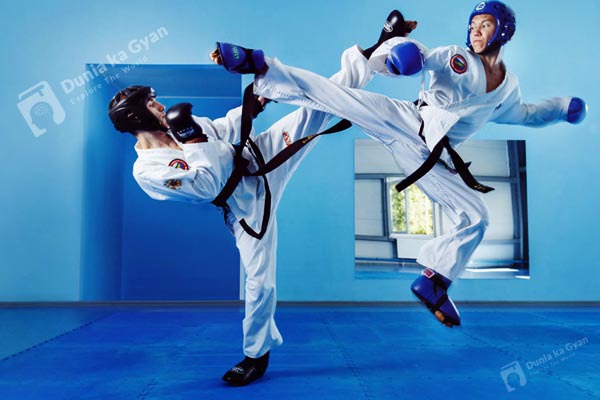 The main focus of Taekwondo is kicking, which gives practitioners an advantage over other martial arts. You can use your legs to kick instead of punching like in other martial arts. Thus, it’s easier to knock your opponent out in just a few seconds. Taekwondo’s kick alone is the most important reason why we can’t leave Taekwondo out of our world’s best martial arts list. 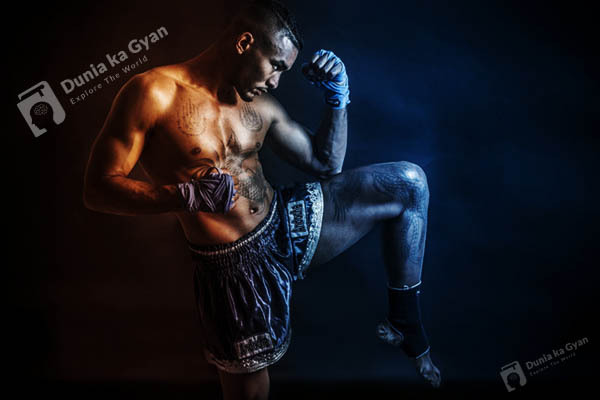 Muay Thai, or Thai boxing, is a martial art born by the Thai people. In medieval times, South China and the present Thailand region were war zones. It led to a need for a martial art that people could learn quickly for self-defense. Muay Thai served as a perfect martial art that helped the people of Thailand defend the border between Southwest China and Thailand. As a warrior skill, Muay Thai is considered to be one of the deadliest martial arts out there.

There was even a Thai boxing fight between the Burmese King and the Thai King, Naresuan. The fight led to the birth of Muay, where eight limbs work together to make the fighting effective. The eight limbs include knees and elbows that fighters can use to take down their opponents. These limbs can be used to strike enemies hard or to defend against them. 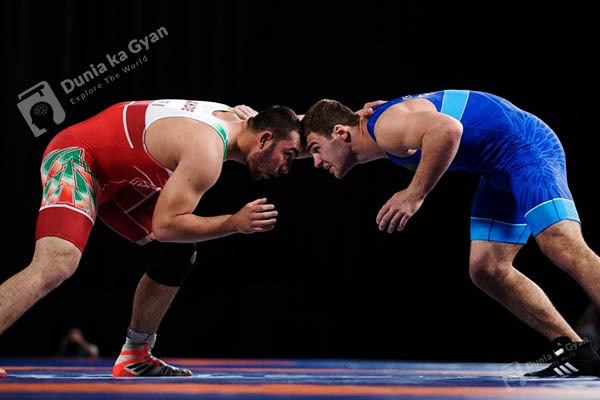 You cannot leave wrestling off the list of the top martial arts in the world. It’s a popular martial art that originated in ancient Greece and served as combat. Think of it as a traditional form of WWE. Traditionally, wrestling was played on the ground above a mattress, and there were no ropes involved. The martial art includes punches, throws, takedowns, joint locks, pins, clinch fighting, and several other moves.

Wrestling comes in all shapes and sizes. Think folkstyle, freestyle, submission, catch, and Greco-Roman. Even judo and sambo are types of wrestling. Wrestling is always a physical game rather than a mental one, where two or multiple competitors fight as a team against the opposite team to gain control of the game. Wrestling is even included in some of the army’s hand-to-hand combat training operations. It’s also an Olympic sport. 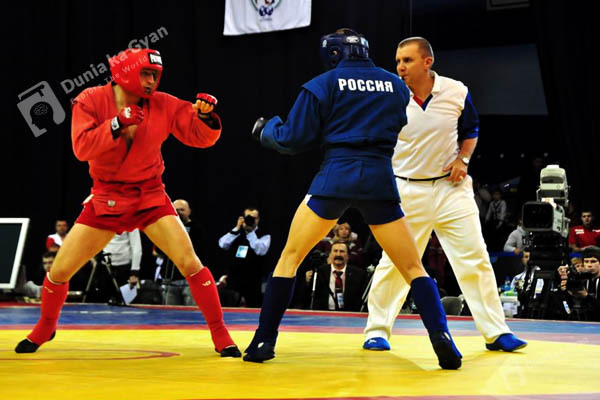 Sambo was invented in the 1990s as a combination of Thai boxing, Judo, kickboxing, and boxing. It gained instant popularity and emerged as one of the world’s top martial arts. Sambo is a self-defense tactic that was created by the USSR and is practiced by their elite units. From Red Army soldiers and government agents to security guards and private bodyguards, everyone in Russia uses Sambo as a self-defense mechanism.

In sambo, the participants fight without using punches, but it is based on the two most dangerous martial arts, jiu-jitsu, and Aikido. Even though the game was primarily designed for police and military officials, anyone can train for Sambo. It allows elbows, blows to the head, and knees to be involved. Then there is Special Sambo, which is a martial arts style only available to secret clubs or members of special groups. Likewise, American freestyle sambo is for the general public and not to be trained for professional reasons.

The ten best martial arts in the world aren’t the only ones that can be included on this list. Many others are also deserving of mention. Consider the Marine Corps Martial Arts Program, as well as Silat, Eskrima, Bascom, Rough and Tumble, Vale Tudo, Ninjutsu, Line, Krav Maga, and other martial arts. Check out other relevant pieces on our blog if you need additional ideas. Also, please leave a comment below with the names of your all-time favorite martial artists and arts.