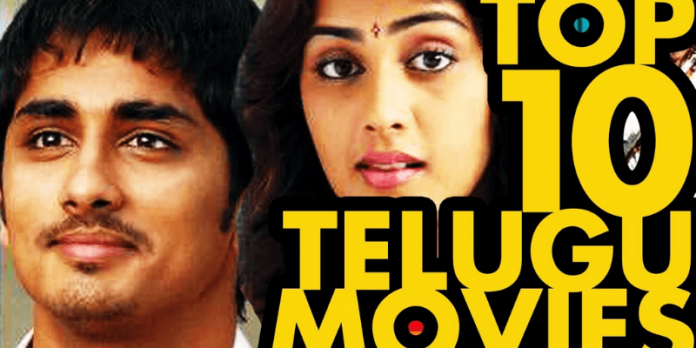 The Telugu cinema industry has produced some great films. With strong writing and vivaciously intense action sequences, Telugu movies have a special place among the Indian audience. Telugu cinema industry, aka Tollywood, is known for delivering movies with a well-structured storyline. As of today, Tollywood is more focused on creating content targeting a wide audience and bridging the language restriction. To make you feel at home, we have listed G.O.A.T.(greatest of all times) Telugu films just for you to binge-watch and turn your boredom into something meaningful.

Find out your next watch below.

1. Bahubali: The Beginning & The Conclusion

Bahubali, with two installments, “The Beginning” & “The Conclusion,” is one of the best movies ever made as a period fantasy action film. This magnum opus is known to be the first highest-grossing Telugu as well as Hindi movie. Under SS Rajamouli’s direction, this movie series is known for impeccable cinematography, dynamic acting, great storyline, and everything majestic. Bahubali’s both chapter 1 and 2 are dubbed in many languages, and it’s highly recommended to the audience of any age group.

Released in 2017, Ghazi Attack is directed by Sankalp Reddy. Starring Rana Dagubatti, Taapsee Pannu, and Kay Kay Menon, this movie is based on true war events. The plot revolves around the sinking of PNS Ghazi under cryptic conditions during the Indo-Pak War of 1971. This movie is a true reflection of great cinematography. This again is the kind of movie to be watched for once at least.

Premalo Padithe is an Indian Telugu crime/romance film released in 2012. Directed by Balaji Sakthivel, this movie has spawned many nominations and bagged several awards. The plot revolves around a teenage boy and his love interest, with the Minister’s son being the villain of their love story.

Arjun Reddy is a Telugu movie released in 2017, which also has a Hindi adaptation as “ Kabir Singh.” It was written and directed by Sandeep Vanga, starring Vijay Deverakonda and Shalini Pandey in the lead roles. The plot revolves around a high functioning alcoholic surgeon with anger management problems. He chose a self-destructive path after the marriage of his girlfriend. The rest of the story depicts the repercussions of his illicit and impulsive actions.

Awe is a psychological drama Telugu film released in the year 2018. Written and directed by Prashanth Verma, Awe takes a fresh stand against child abuse, sexual and drug abuse. This movie has done a spectacular job at bringing such solemn and sensitive issues to the light.

Jersey is a sports drama release in the year 2019. Written and directed by Gowtam Tinnanuri, the plot revolves around a passionate cricketer who unluckily fails to achieve his dreams. Even after a series of failures, he returns in his 30s with a final chance to fulfill his dream of playing in the eleven for the Indian cricket team and giving his son the jersey. A very inspiring and beautiful story on “never stop believing in your dreams.”

Agent Sai Srinivasa Athreya was released in 2019. It’s a comedy thriller detective movie in the Telugu language. It is even regarded as a cult classic in Telugu cinema. This movie is best known for its subtle and dark comedy. Naveen Polishetty’s performance in this movie was highly appreciated among the movie critics.

It wouldn’t be unfair to call it a blockbuster movie for the outstanding delivery and storyline.