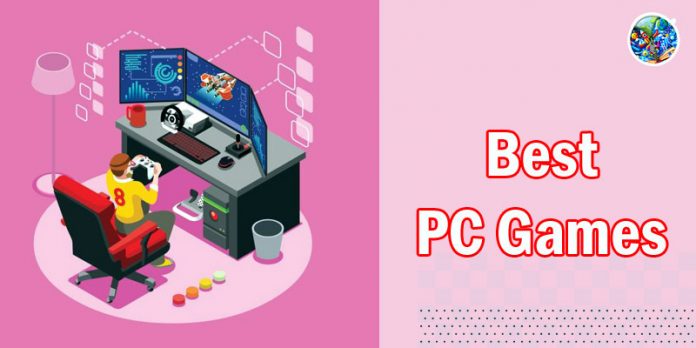 Your age does not play a part when you are a gamer. Best PC Games are for everyone.

I remember when I went to school, the first thing I would do after returning home was to play on my PC. The thing is, you can play real sports with real people outdoors. Contrarily, you can indulge in your favourite PC games within the confines of your home even without a companion. Or, to double the fun, you can also dig for some multiplayer PC games. PC games have so many digital libraries, including Epic Games Store, Xbox, Steam, etc. But digital gaming libraries come with a price label that most of us aren’t willing to pay. That’s why we have come up with the list of Best PC Games in 2023 that are either free or affordable and also interactive at the same time.

Who Are These PC Games For?

PC games are generally for everyone. And, since there are so many genres to choose from, finding your most favourite PC game in 2023 won’t be an issue. Categories like role-playing, shooting, racing, arcade, etc. are pretty popular among gamers. But some people like to play light video games, such as puzzles, hidden objects, etc. Whatever your inclination is, there is a game for you.

For example, if you like shooting games, PUBG and Call of Duty are your best bets. If table games are your true calling, 8 ball pools, Monopoly, and other such games could be your go-to options. . But since you are looking for PC games, here’re your best choices that you’ve probably not played in 2022. So, let’s investigate the table and see which one you find cool. 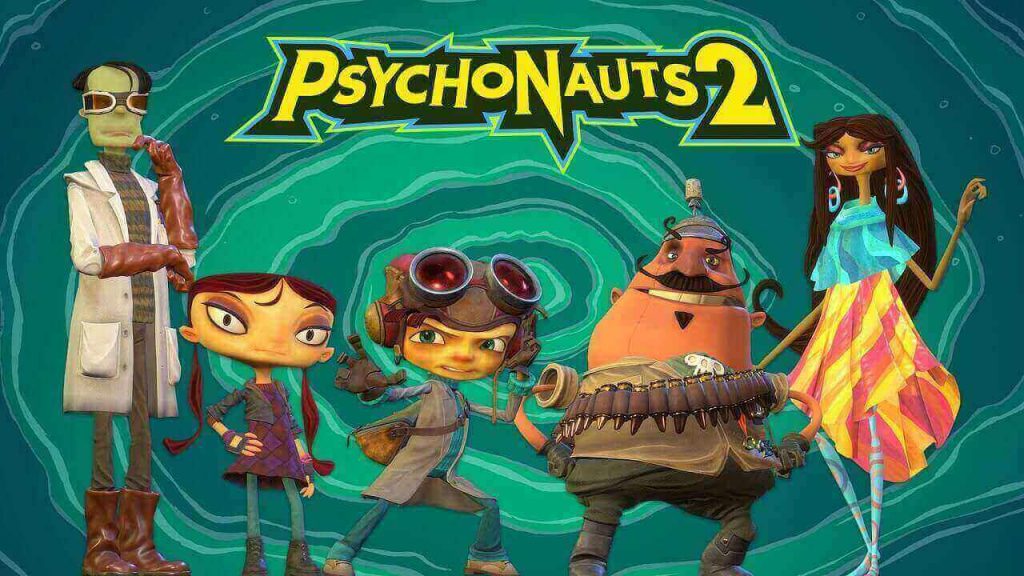 Psychonauts 2 for PC is a great imaginative video game that you won’t get bored of playing. You can explore and complete missions where you require killing a cruel psychic villain. Psychonauts 2 is a game with various attractive characters and you can play as one of them. For example, the character Raz is an expert acrobat and also a psychic in a team of psychic spies. These species are called psychonauts who work together to defeat villains and win the game. Psychonauts 2 is fun and creative to play, and one of our favorite games of the year. 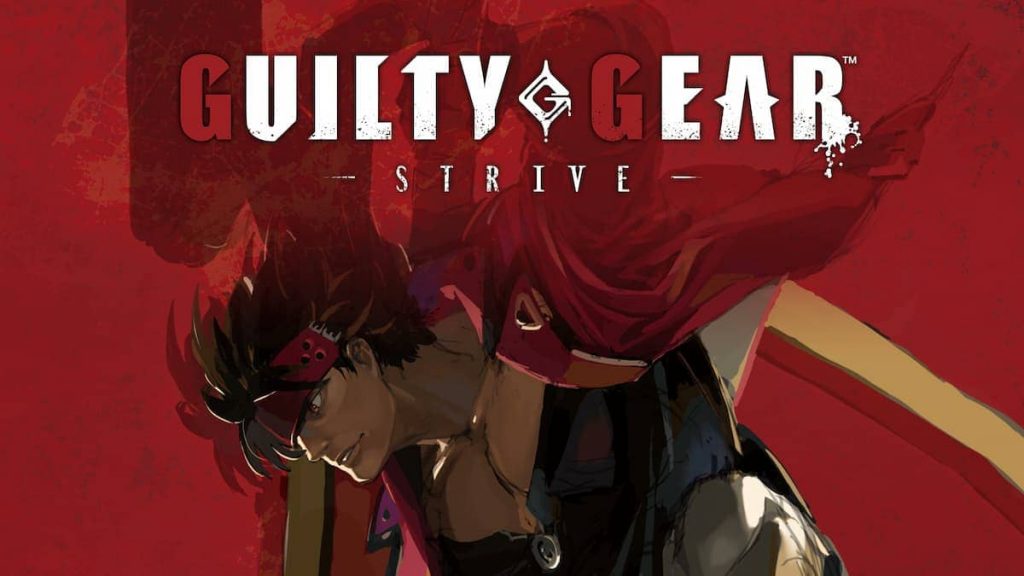 Guilty Gear Strive is a 2D fighting game with great missions, training options, moves, and various weapon resources. If you like anime and action movies, then maybe you will like Guilty Gear Strive too. The best thing that we like about this game is its one-on-one action movements and also the story mode.

Every character in the game comes with their unique moves and you will have to combine their moves to defeat your opponent. It has various movement options, such as aerial combos, stage transitions, wall breaks, and more to make you immerse in the game. Does not matter if you are a good fighter or not, you are going to like this game. 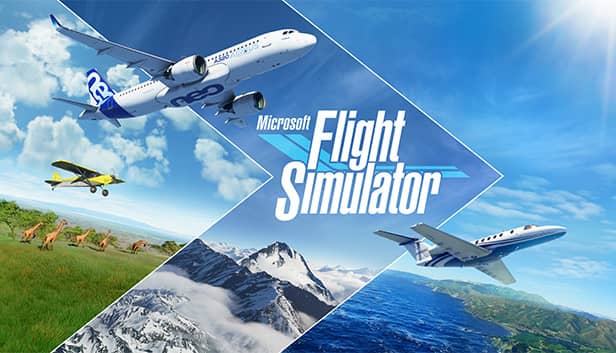 Among all the video games for PC in 2023, Microsoft Flight Simulator is the most suitable choice for online gamers. It offers you a mind-blowing gameplay option, light aircraft, passenger jets, real-time weather, and more. You can play as an amateur aviator or be a captain of a commercial flight.

The Microsoft Flight Simulator is a perfect game for those who want to get an idea of how to handle flying machines without stepping into the real world. You can configure every setting of the planes including controls. But if you allow the game to take care of the tricky gameplay, the enjoyment doubles. . You can fly around the world in the game and land in the world’s leading airports.

Mass Effect trilogy is another popular option with the legendary edition being specially designed for PC players. Earlier the Mass Effect trilogy was suitable for consoles, such as XBOX, PS, etc. However, now it is available for all devices.

The legendary edition is not just a little addition to the old games trilogy. Rather, it features new gameplay and controls that make the whole trilogy addictive. The Mass Effect games include DLC that involves guns, armors, and more. So if someone asks what’s the Best PC game in 2023?, you cannot leave out Mass Effect’s name. 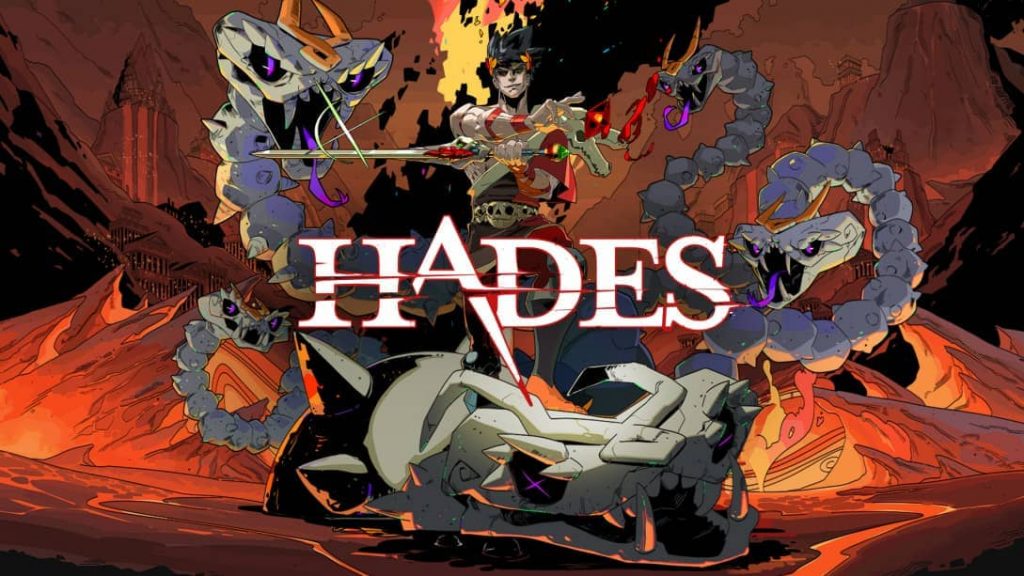 Hades was in the Epic Games Store in 2018 but finally, it is now available on other major platforms as well. And that’s why it is one of the best PC games in the world right now. Hades has a nice attractive storyline where you will have to play as the son of Hades or Zagreus and fight your way to Mount Olympus.

If you are a fan of Greek Mythology and have liked the Percy Jackson or The Heroes of Olympus book series by Rick Riordan, Hades is a PC game that you shouldn’t miss. There are also many other famous gods of the Greek methodologies in Hades for you to interact with. These gods will act as the character of the story and also help you upgrade your characters with powers and abilities to help you complete the mission. 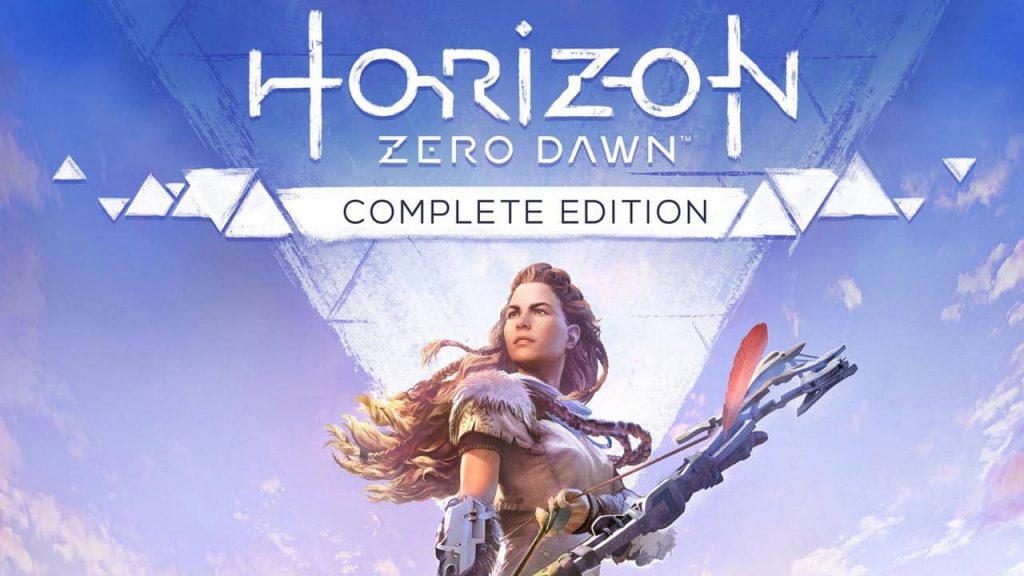 There is a huge chance that you have not played Horizon Zero Dawn before unless you own a console. But now the complete edition is available for PC users as well so you don’t have to get a PS anymore. Horizon Zero Dawn is an adventure-packed video game that anyone would like. The story consists of an unknown apocalyptic event in the US where the human species try to stay alive from the hordes of robots that have taken over the country.

Some human enemies will compete with you to take their spot in the land. But you will be given spears, bows, and slings to defeat them all. Even though there are enough weapons available to beat your enemy, the biggest weapon you will need is a tactical mind. Horizon Zero Dawn is like The Walking Dead video games and TV shows except for this time, the apocalypse happened with robots and not zombies. In Zero Dawn you will also get to enjoy a new kind of world with trees and plants, and whatnot. 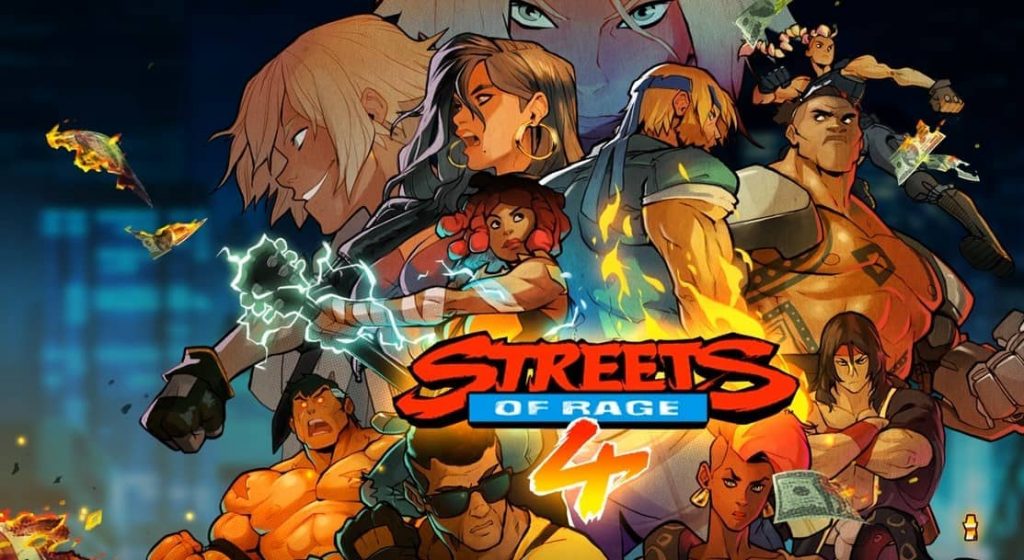 Streets of Rage was pretty famous in the 90s. After so many years of silence, it has finally decided to release an edition named Streets of Rage 4. It is a four-player game that fights the way of a group of thugs to defeat evil twins who want to capture Wood Oak City.

Streets of Rage is still a throwback to its classic version but with a profound touch of modern technology. This means you will enjoy this game as seriously as the old players did. Your characters in the game will avail of many great abilities and powers but those abilities need special care to practice. If you misuse them, they can cost your life. 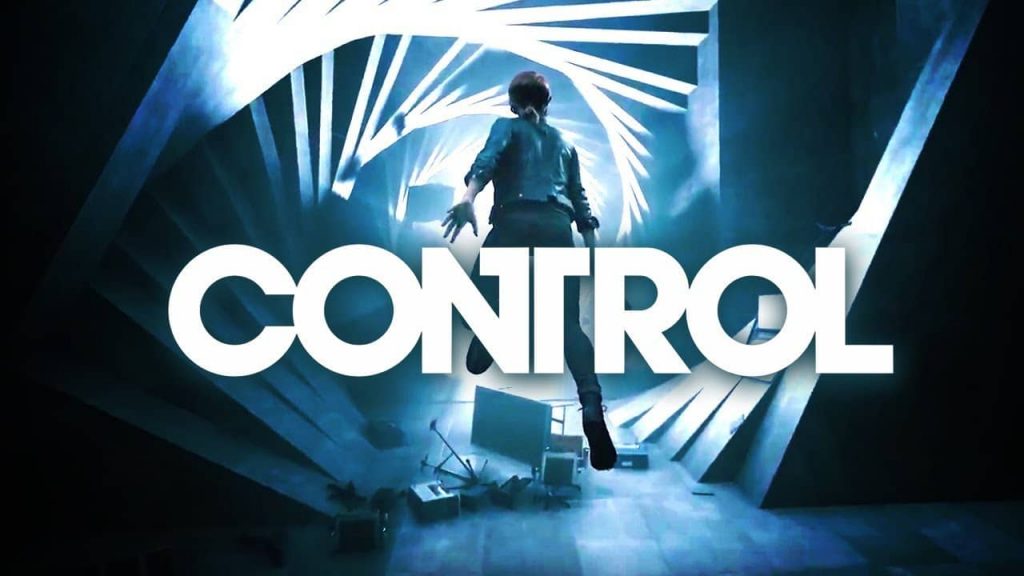 In Control, you fight against an alien creature to save yourself and your brother. Your character, Jesse Faden is also a victim of the paranormal event. The game provides you with multiple weapons and superpowers to defeat the alien creatures.

The Oldest House has rooms and vaults with many objects and superpowers that will help you save the world. This highly addictive game is available for PC users and the environment within the game is also quite screenshot-able. So, get ready to share it with your friends on social media. 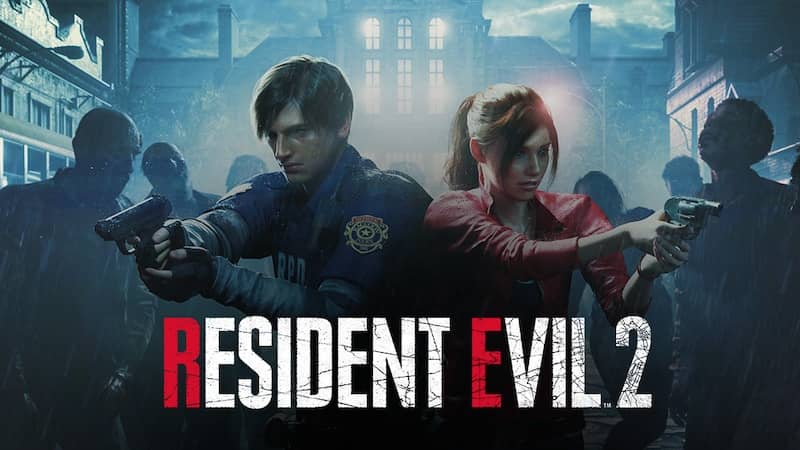 Resident Evil has been available for many platforms but the number 2 version is now exclusive for PC gamers. It offers some great controls, nice camera angles, and fantastic graphics that resemble the real world. And as per its other features, they are more improved in its new PC edition. However, RE2 is scarier than the last time you played it with a horrible Mr X and behemoth and the same awesome characters Leon and Claire.

Little Nightmares II is just the same as before but with improved graphics and sound qualities. The storyline consists of a vulnerable kid trying to escape from the horrible world ruled by horrible adults. Your character is alone this time and the game is more enjoyable than before.

A good way to start playing PC games is by finding genres you enjoy. Even though the genre-specific games are super strict about what they show and do not show, you will have a good idea about every type of gaming genre. And since you have found the top 10 best PC games in 2023, you won’t find it difficult to enjoy something you like.