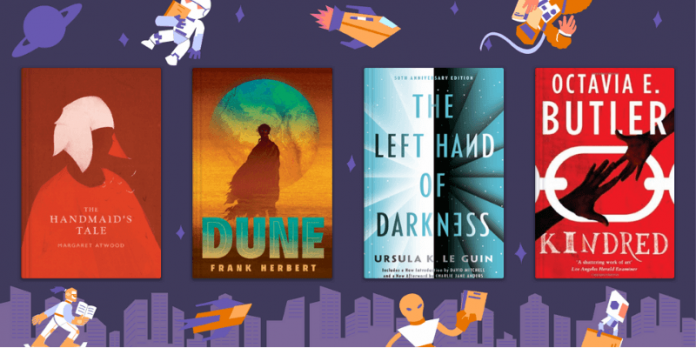 Science fiction is an evolving book genre. An extensive list of science fiction novels is already available and new ones surfacing regularly. That makes it hard for you to choose the right one. Breathe easy, as we have curated a list to match your expectations.

Dunia Ka Gyan lists the all-time best science fiction novels that can uphold all your excitement, take you on a wild trip of imagination and satiate your cravings for something out-of-the-box. These are timeless classics penned by the greatest writers in the fiction genre.

However, before that, let’s discuss what “Science Fiction” is all about, in case you need some clarification.

Science fiction is a genre grounded on fiction with the plots frequently revolving around future technologies. As obvious as it is, it has a connection to scientific principles. Science Fiction or Sci-Fi novels feature partially fake and true scientific laws or beliefs.

They test the writer’s imagination to the hilt and make readers believe in things that might not be possible in the real world. It’s perhaps the most interesting and fertile genre of literature. Throughout history, some of the most imaginative minds have leveraged this genre to deliver timeless classics that have been later translated into multiple languages.

Elements included in the Sci-Fi Novels

Sci-Fi is the “literature of ideas,” replete with a wide range of fascinating, futuristic concepts. A typical sci-fi novel is based on several elements. Some of them include:

Readers who are looking for the best science fiction novels can select any of the below novels to end their hunt. 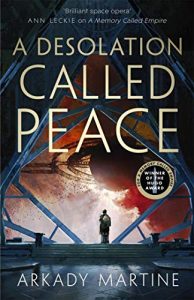 Released in 2021, it marks the award-winning debut of Arkady Martine. As one of the best science fiction books, it takes you to an imaginative empire, “Teixcalaanli,” threatened by aliens who will cause total devastation upon gaining control over the empire.

The aliens are non-destructible and there is a communication barrier because of their alien language. Where everyone is in fear, Fleet Captain Nine Hibiscus takes the lead to stand against the invaders. In this all-out war, the captain couldn’t take the right decisions when it mattered the most.

In desperation, he sent a troop to negotiate with the enemies. The communication failed, thanks to the language barrier. Would their mission be successful? Or would the empire be brought down? Grab the novel to know the fate of the besieged empire.

2. The Hitchhiker’s Guide to the Galaxy (Author: Douglas Adams) 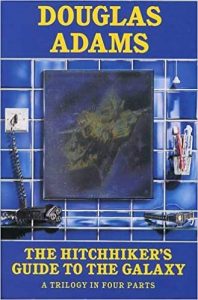 It is an extremely amusing science fiction novel that saw the light of the day in 1978. The level of imagination and fun in this novel is nearly impossible to beat. This series relies on the character “Arthur Dent” and his intergalactic escapades.

Upon losing his home after the destruction of the Earth, Dent heads to another galaxy but only to find himself up against a diverse cast of aliens. Zaphod Beeblebrox who was the president of that galaxy and a depressed robot Marvin are the key alien characters. If you prefer science fiction over other genres, it’s a must-read. 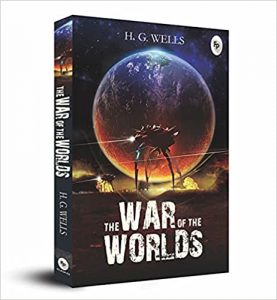 Science fiction doesn’t get better than this. It’s a timeless classic straight from HG Wells’ imagination. The sci-fi depicts an alien seizure of earth. A troop of aliens from Mars attacks the Earth with advanced arms and machines. They were using a large machine with 3 legs that were incinerating every single individual coming in their way.

Strange but true, the Americans panicked while listening to the broadcast on US radio. They believed that aliens had attacked for real and the destruction was imminent. 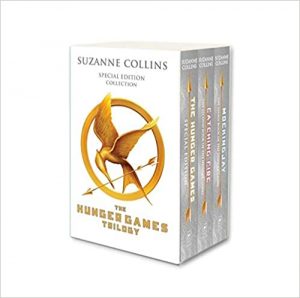 Readers who love to acknowledge the literature based on young adults and revolutionary ideas must read this novel. The novel is all about the character Katniss Everdeen. She replaces her sister and participates in a game “The Hunger Games,” featuring 12 different districts of the world.

A lad and a lass aged 12 to 18 are forced to be a part of the game from every district. All participants have to kill others to win and survive. Katniss has to select survival despite showing humanity and affection to the other players. Will she be able to endure it? Will she kill any of the participants? To get the answers and experience the thrill and adventures, read this adventurous science fiction novel.

5. Stranger in a Strange Land (Author: Robert A. Heinlein)

“Stranger in a Strange Land” relies on challenging your social and cultural standards with Valentine Michael Smith being the lead character. The Martians isolate him from his species and homeland “Earth”. Valentine was completely unaware of the humans and their cultures.

During his first visit to earth, he finds it hard to understand humans and humanity. He decides to learn the western culture from the humans and teach them the rudimentary beliefs of the Martians. This includes sharing love, water, grokking, and more. To know how things pan out later, you need to read this fascinating science fiction. 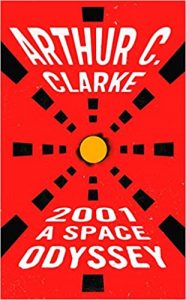 The novel 2001 is all about intelligence and intelligent people. If you love to read this genre, this book is a must to read. The novel describes the journey of two astronauts who are traveling into space for the first time.

However, due to technical failures in the computer, both the astronauts get stuck and struggle for survival. Before reaching their scheduled destination, things went terribly wrong. The astronauts try to fix up things in the computer and other machines to stay alive. The novels give a different perspective of machines, time, and space.

One thing is for sure, you won’t be able to leave this book until you complete reading. The whole fiction thing in the book holds you up till the end. 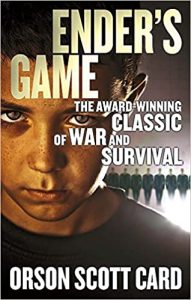 For people who love to read about space and space wars, then “Ender’s Game” is a must-read. The lead character in this book is Andrew “Ender” Wiggin, who thinks he’s playing war games on his computer, but he’s doing something considerably more frantic. Ender is the result of extensive and intricate genetic research.

He could be the military mastermind Earth sorely wants in a war against an alien army bent on annihilating humanity. To know the reality and find the best out of gender, he should be tested through punitive training. Ender was a six-year-old boy when it all began and since he was an experiment, he grew up rapidly.

To know what happened with Ender, get hold of the “Ender’s Game” through the Amazon link given below. 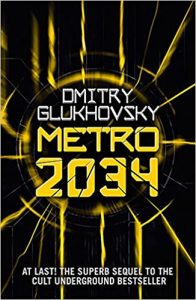 The author puts a wild imagination of the future year 2033 when human civilization is about to go extinct. Cities are partially destroyed and vulnerable to radiation. All that is left in the world is limitless burnt desserts and remnants of disintegrated forests.

Survivors are hiding underneath the cities in underground tunnels. With developing their autonomous communities in each metro station, they were struggling to survive. However, all are terrified of the flesh-eaters and mutants. What happens to the remaining survivors? Will they survive defeating these mutants? 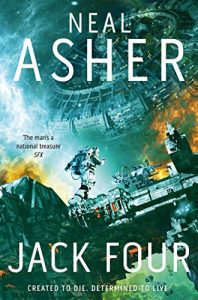 Another best sci-fi novel on our list is Jack Four. In Neal Asher’s famous Polity Universe, Jack Four is an exciting new standalone novel. It describes everything about a human clone “Jack Four”. He was out of those 20 human clones designed for selling. The buyers were alien predators who wanted the clone for their experimentation program.

However, Jack was different from the other human clones. No clone has the ability to access the information that has been programmed into his mind. And no ordinary inhabitant of the Polity worlds of humanity would be aware of this fact. 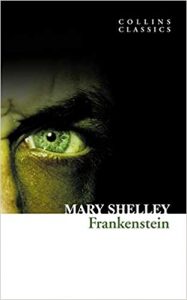 The author Mary Shelley began this book when she was only 18. This creation went on to emerge as the ancestor of horror and science fiction novels. It is all about life and death, genetic engineering, and immortality.

In this novel, the lead character Dr. Frankenstein creates a dangerous monster from lifeless flesh that is uncontrollable. Even its creator was unable to control the monster and, thus, he denies taking the responsibility for the disasters leading through the monster. The repulsive creation of Dr. Frankenstein gets to face rejection from society even after being civilized enough.

To know what happens with the “civilized” monster, grab the book from the link and read. Even today, the Sci-Fi novel holds the same popularity and influence.

Undoubtedly, the market is replete with science fiction books. We have listed the best 10 science fiction novels of all time. If reading the briefs excites you, select the novel and start reading. Any of the above sci-fi novels will never disappoint you. Additionally, all these novels have an appropriate link to Amazon, in case you want to buy one at a discounted price.