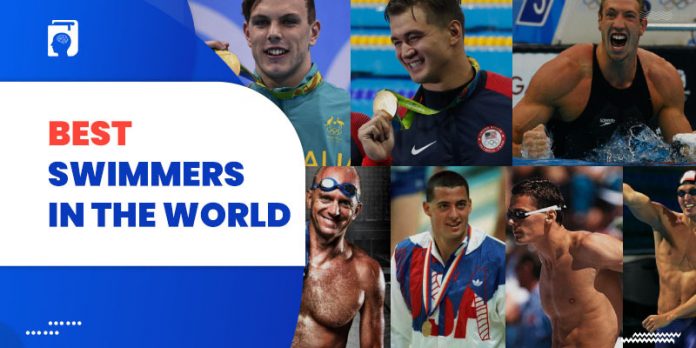 The Olympic Games are held every four years, and hundreds of athletes train every day in hopes of competing. We decided to make a list of the best ten swimmers of all time because there are so many to admire. We took into account what has happened in the last fifty years while compiling this list. While we could not highlight every swimmer in the world flawlessly, we have tried to assess their achievements objectively. 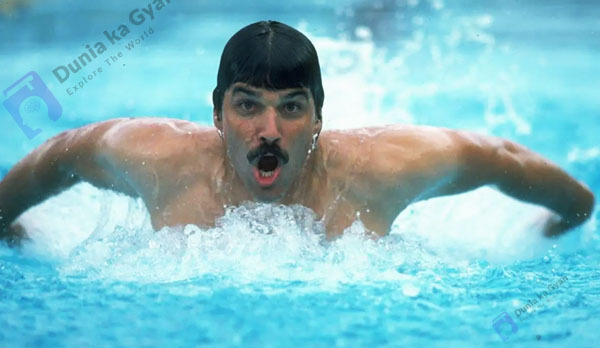 Mark was born into a Jewish family as the firstborn of Arnold Spitz and Lenore Sylvia, and when his brilliant abilities were recognized, he was given wholehearted approval to pursue a career in swimming. He began competing in local swimming groups at the age of six. He met Mr. Sherm Chavoor, the coach of the Arden Hills Swim Club in California, with whom he received training at his best and was recognized for his international success.

When he was just ten years old, Mark set a worldwide record for his age group, as well as 17 national records, and that was when he began his road to victory. His winning records were praised all over the world, even by his competitors, and he was dubbed “Mark the Shark” by his pals. With his victories at the 1972 Olympics, Mark exhibited to the world that a man can do anything if he has true passion and determination. 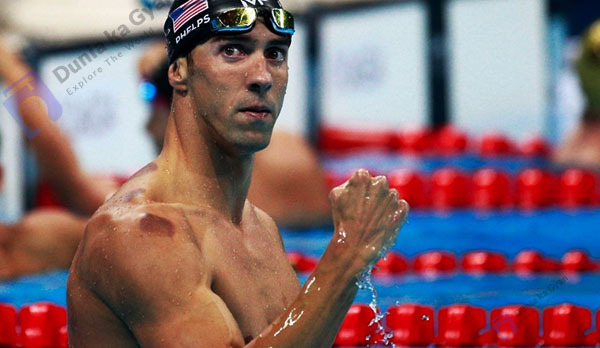 Michael Phelps, the son of Michael Fred Phelps and Deborah Sue Phelps, was born on June 30 in the United States. The boy inherited his father’s enthusiasm for sports and was inspired to swim by his mother. He began swimming training with his siblings when he was seven years old.

Phelps experienced multiple ups and downs as a child, but it was these experiences that toughened him to fight against all circumstances. Despite this, Phelps set a national record in the 100m butterfly event when he was just ten years old. Phelps initially retired after his fourth Olympics, but he returned for the Rio 2016 Olympics, winning five more golds and a silver, allowing him to formally retire from the sport with an amazing 28 Olympic medals. 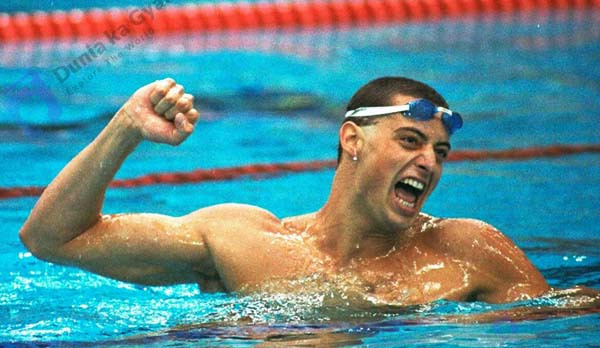 Matt Biondi is one of the all-time great competitive swimmers. He won hundreds of national, international, and college trophies and set twelve world records during his career. Biondi’s birthplace is Palo Alto, and he was brought up in the town of Moraga. Biondi’s sprinting skills were discovered during his senior year of high school. He was widely regarded as America’s quickest high school swimmer. He was also noticed by colleges due to his participation in water polo. “Being in a career where I can enjoy quality time with kids allows me to make a difference,”

Biondi said. “I’d like to work with one group all year, not just come in… traveling around with my gold medals, all spectacular,” he adds. In 1988, Biondi declared his retirement from professional swimming and began working on the “celebrity circuit,” giving motivational talks in up to twenty locations each month, promoting swimsuits and sunglasses, building supermarkets, and doing instructional clinics. Since he was a committed mentor, Matt Biondi became a teacher and swimming coach in Hawaii. 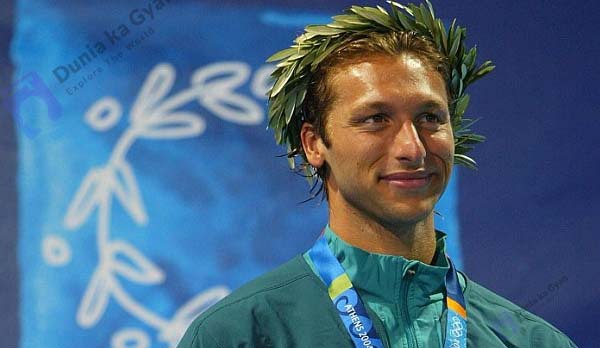 Ian James Thorpe, OAM (born October 13, 1982) is an Australian Olympic swimmer who set the record for the most gold medals won by an Australian athlete. He is most recognized for being the world’s youngest winner of a world championship. Thorpe is renowned for his freestyle swimming, although he also competes in backstroke and solo medley. Swimming World praised Thorpe’s performance as incredible and excellent, but Australian former head coach Don Talbot noted Thorpe relied heavily on his legs, compromising his arms.

He announced his retirement from swimming on November 21, 2006, following ten years with the Australian squad, claiming a lack of drive and the fact that “there are things in my life that are more important to me and I have to pursue them now.” Surprise! He proclaimed his return to swimming in 2011, with the goal of participation in the 2012 Olympic Games. The comeback was a failure. 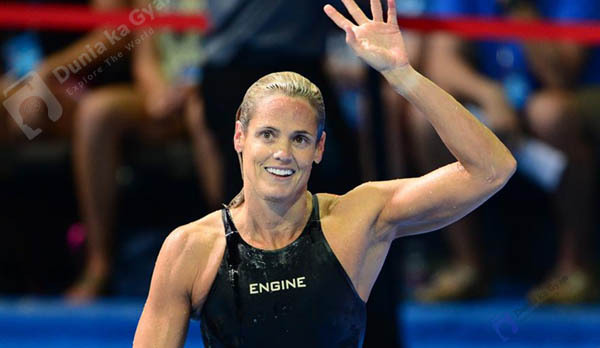 Dara Torres is unquestionably America’s fastest female swimmer. She participated in her first international swimming competition when she was 14 years old, and she proceeded on to compete in her first Olympic Games a few years later, in 1984. Dara Torres had the most successful Olympic swimming career, winning 12 Olympic medals and four gold medals. Torres, who is tall and impressively good-looking, has also modeled, becoming the first athlete to appear in Sports Illustrated’s swimsuit issue.

She also came to popularity as a commercial spokeswoman for a fitness training method in an infomercial. However, she decided to return to competitive swimming in late 1998. Torres is the first swimmer to represent the United States in five Olympic Games (1984, 1988, 1992, 2000, and 2008), as well as the oldest swimmer to make the U.S. Olympic team at the age of 41. Torres was the most senior member of the United States Olympic team. Torres won at least one medal in each of her five Olympic Games appearances despite being the oldest team member in a sport that often favors younger athletes. 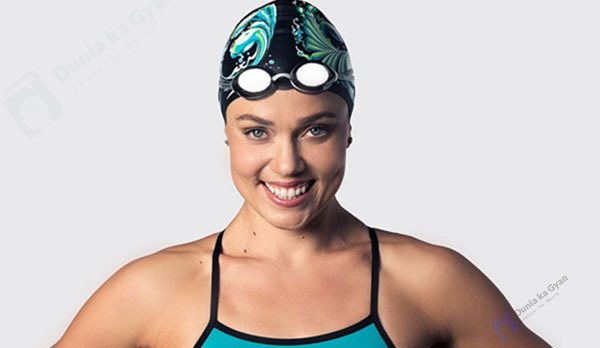 Natalie Coughlin is a twelve-time Olympian swimmer from the United States. She is one of America’s most well-known and accomplished athletes. She had an early interest in swimming, which evolved into a passion as time progressed. She began competing in tournaments and breaking records at a very young age. She shaped multiple success stories throughout the world in various competitions over the last several years, the most noteworthy of which was the Olympic Games, where she won twelve medals, the most by a female American athlete in the championship.

Despite a shoulder injury that hindered her from competing in the 2000 Sydney Olympic Games, she was passionate about becoming a world-class swimmer, which she achieved through sheer determination and hard work. Her unwavering devotion and unshakable passion for the sport of swimming make her an inspiration to everybody. Her accomplishments exemplify the tenacity and perseverance required to attain the summit of success in life. 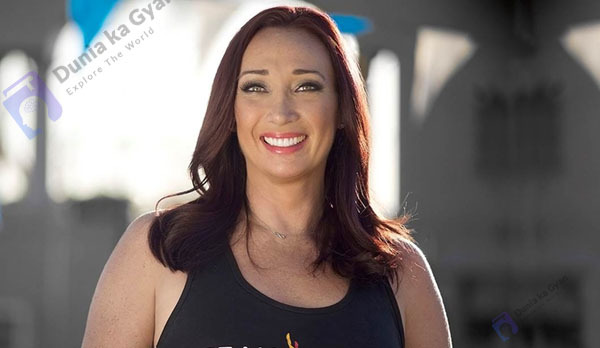 At the 1996 Summer Olympics, Amy Van Dyken became the first American female athlete to win four gold medals in a single Olympics. Amy has won countless prizes and awards for her swimming achievements, including the ESPN Awards (ESPY) Female Athlete of the Year award, the Swimming World magazine’s Female Swimmer of the Year award, and entrance into the US Olympic Hall of Fame.

The Associated Press named her Female Athlete of the Year, the USOC Sports Woman of the Year, the Women’s Sports Foundation Sports Woman of the Year, and the Women’s Sports Foundation Swimmer of the Year for USA Swimming. Van Dyken is no longer swimming and now lives in Arizona with her spouse, former NFL punter Tom Rouen. Since her retirement, Van Dyken has worked as a disc jockey on an Arizona sports radio show, as a radio announcer for the Seattle Seahawks and Denver Broncos football clubs, and even as a performer in the award-winning stage play The Vagina Monologues.

She speaks to audiences about her accomplishments as a world-class athlete and how, despite the obstacles she encountered, she developed the “desire to win” through persistence. 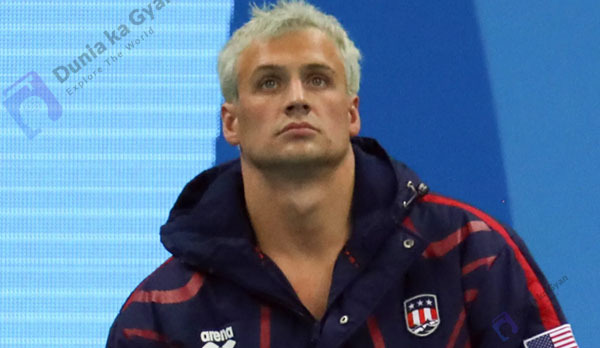 Ryan Lochte, the full name Ryan Lochte Steven Lochte, was born in Rochester, New York, USA, and is a former Olympic swimmer from the United States. With 12 medals, six of which were gold, he became the second most celebrated male swimmer in Olympic history, after only compatriot Michael Phelps. He attended the ‘Bloomfield Central School’ in Bristol, New York, throughout his early years. When he was five years old, he eventually took swimming lessons from his parents, who swam teachers. His family moved to Gainesville, Florida, when he was 12 years old so that his father could take up a swimming coaching job.

He was a casual swimmer in his early years, preferring basketball and skateboarding instead. However, in junior high school, he became serious about swimming. This talented swimmer specializes in individual medley and backstroke and has earned 90 medals over the years. 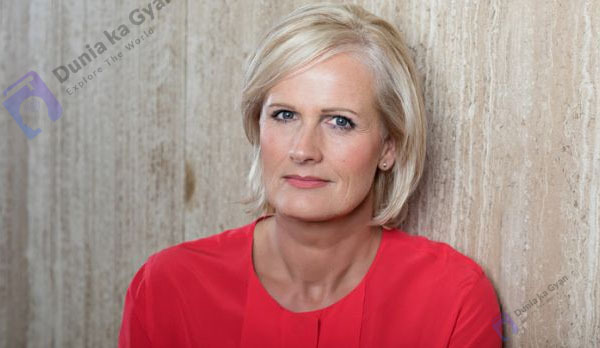 Kristin Otto (German Olympic swimmer) is best known for becoming the first woman to win six gold medals in a single Olympic Games, which she did in 1988 in Seoul. Otto’s birthplace is in Leipzig, Bezirk Leipzig (modern-day Sachsen), East Germany, and he started swimming at the age of 11 in an East German sports academy. Kristin Otto of East Germany commanded attention and highlighted her country’s strong performance by setting an Olympic milestone for individual achievement. Her six gold medals set a record for female Olympic success that has yet to be beaten. Otto quickly established herself as a significant force after being hailed as a potential star. Otto decided to make her international debut at the 1982 World Championships as a 16-year-old, winning three gold medals, including a solo victory in the 100 backstrokes. Otto will be considered a distinguished athlete who delivered one of the best Olympic performances in history. 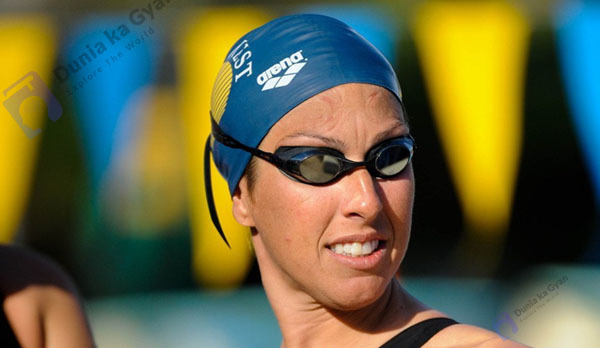 She was born and raised in Placentia, the youngest of Paul and Barbara Evans’ three children. She first stepped into the water at the age of one, taking a quick plunge in the pool at the North Orange County YMCA. Evans’ mother put her in swimming lessons, and by the age of three, she could do both the breaststroke and the butterfly. Barbara Evans kept a tight check on her daughter’s progress, ensuring that she ate well, went to bed on time, and kept up with her swimming practice regimen. Evans continued to set records after her outstanding performance at the Olympics in Seoul. She broke her personal world record in the 800-meter freestyle at the Pan Pacific Games in 1989. The Janet Evans Invitational, named after her, is hosted by the University of Southern California. The tournament attracts 800 of the best swimmers in the United States each year. Evans will be recognized as one of the finest female distance swimmers in American history, despite the fact that she has not raced in several years.

Swimming is a popular activity that can be played for fun or for professionally. Professional swimmers are not paid a salary; rather, they rely on sponsorship, endorsements, and prize money to help them augment their income. Although it is highly rare, certain world-record-breaking swimmers, like Michael Phelps, earn millions of pounds from endorsements. In actuality, only a select handful can support themselves just by swimming. Many swimmers have part-time jobs to assist cover the cost of their training and gear.