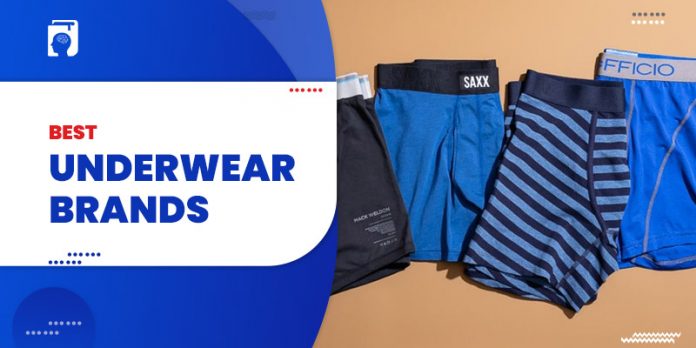 Underwear is an essential component of every well-rounded outfit for men. Shopping for underwear isn’t all that fun unless you’re desperate for a momentary serotonin rush. Since the underwear industry is rarely trend-driven, finding a new pair of underwear is thankfully easy, albeit uninspiring.

However, choosing underwear is a decision that should be taken seriously. There are now various options to choose from, ranging from upstarts promising to fix all your chafing problems to established brands claiming to have developed anti-bunching formulas over decades of research.

So, here are the best underwear brands in the world: 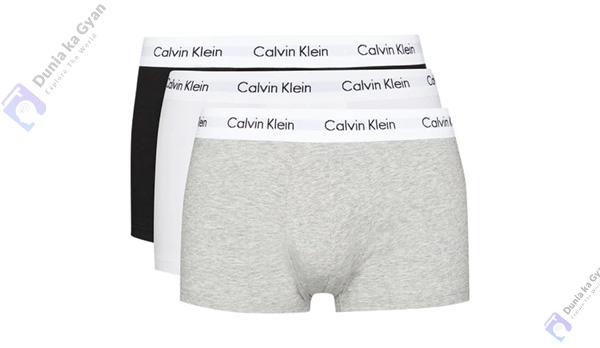 Even after all these years, it still seems like a small luxury to buy a pair of boxers with the famous Futura font printed on them. It’s an indulgence that’s reserved for you, your underwear drawer, and a select few other individuals. If you are looking for underwear that has a true cultural pedigree, the best place to begin your search is Calvin Klein. 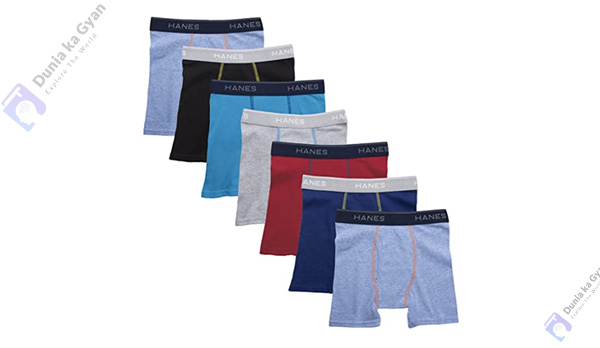 There aren’t too many businesses that can say they have a century’s worth of expertise in their industry, much less underwear specifically. However, this is not your average brand at all. Since its inception in the early 1900s, Hanes has maintained the type of long-term relevance that other, less successful brands have struggled to achieve.

Despite the fact that the company has now expanded into other product categories—you may be a die-hard fan of their infamously tagless T-shirts—underwear continues to be the company’s most prized possession. It is almost funny that Hanes underwear is often advertised in bulk since they have a tendency to last for a very long time after you have needed to purchase a fresh pack of them. 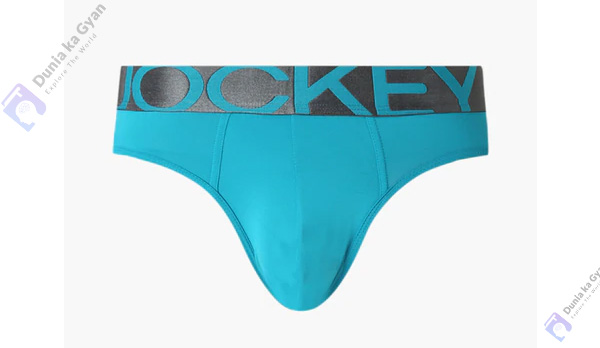 The Jockey brand, much like the Hanes brand, has been around for a very long time in one form or another. Jockey is a brand of underwear that has been around since the late 1800s. It got its name from the type of support that was commonly associated with jockstraps at the time.

Jockey is widely credited with inventing the classic Y-front brief, an innovation that established the blueprint for underwear styles that continue to dominate the market today. Jockey is still the brand that you should go to when you are in dire need of no-frills underwear that is constructed with the same attention to detail and almost indestructible materials that initially placed the firm on the map. 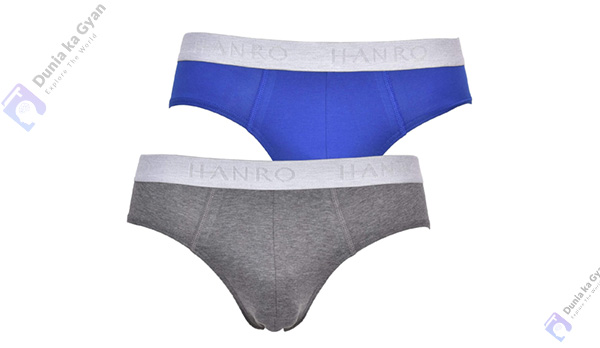 Hanro is the place to go if you want to ensure that your underwear is of the highest quality and that an expert in the field crafted it. The Swiss company has been manufacturing luxurious loungewear for some of the most discriminating dressers in the world for close to 150 years, and its excellent assortment of underwear is no exception to this rule.

It may seem ridiculous to boast about the workmanship of a simple pair of boxer briefs (after all, they are boxers, for crying out loud!). However, once you put on a pair from Hanro, you will notice the difference almost instantly. These are not-so-basic items that are truly worth investing in due to the fact that the brand has major design skills as well as a heritage of technological innovation. 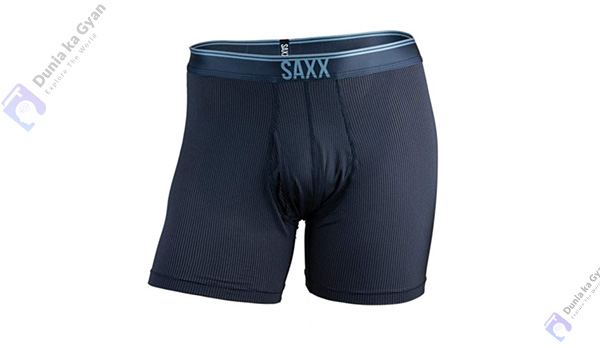 Are you in favor of having the manufacturing requirements for your underwear be as stringent as those used for NASA spacesuits? It is recommended that you go with the Saxx brand. Each and every pair of underwear that is manufactured by the company is equipped with the unique BallPark Pouch technology that the company has developed.

This is the (admittedly cringe-inducing) term that Saxx gives to the hammock-shaped pocket that is responsible for the signature support of the brand’s underwear. Saxx offers this pocket the support that the brand is known for. Flat-out seams claim to avoid chafing and that telltale shimmy that we’ve all had to perform when something gets caught where it shouldn’t be.

Flat-out seams also promise to prevent chafing and chafing caused by chafing. Comfort that lasts throughout the day is provided with panels made of breathable mesh and constructed with an ergonomic nine-panel design. 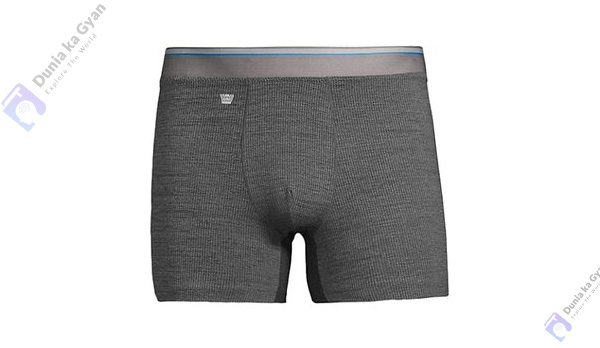 Some of the highest quality materials now on the market are used in constructing the Mack Weldon Silver Boxer Briefs. Lycra, Silver XT2, and Pima cotton are some of these materials.

Although soft and comfortable apparel frequently contains Supima cotton and Lycra, the presence of pure silver is a very important component. Silver is naturally anti-microbial, so treating clothing with it may help eliminate germs, especially the kinds of bacteria that cause odor.

The Silver Boxer Briefs have a no-roll waistband designed to prevent snagging on the skin and specific mesh zones that keep hot spots cool. These two characteristics make this underwear exceptionally comfortable to wear in addition to the odour protection they offer. 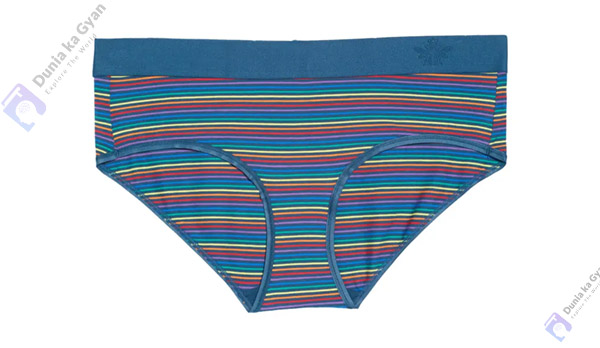 The underwear is exceptionally smooth and silky since they are made from a combination of cotton and modal, which gives them a nice sensation when worn close to the skin. Because of the combination of materials, they are also sturdy enough to withstand repeated wearing and washing, which is quite significant taking into consideration how much I like donning them.

Because the underwear has relatively few seams, there is less likelihood that it may cause pain by, for example, scraping into your skin or bunching up too much. The diagonal fly is perhaps one of the most fascinating aspects of this design. Compared to previous designs, this one is very user-friendly while maintaining a high safety level.

Bombas caters to customers’ individual interests in their underwear by providing boxer briefs, trunks, and briefs. 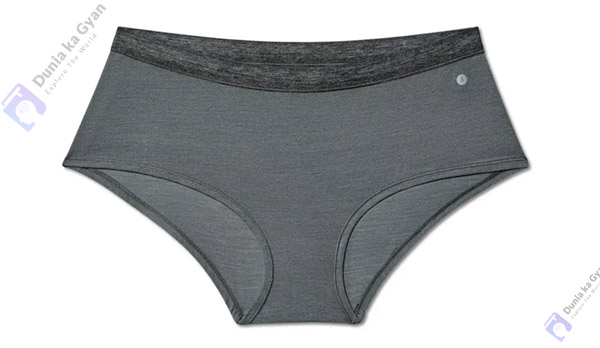 The Allbirds Trino Boxer Briefs are constructed from a combination of eucalyptus tree fibre and merino wool, which results in a fabric that is not only lightweight but also airy and kind on the skin. They are not the least bit irritating like regular wool, so you shouldn’t have any pain unless you have a serious allergy to wool. However, if you do have an allergy to wool, you should avoid wearing them.

Allbirds is an excellent medium to settle on if you want more quality underwear than a regular budget 6-pack but can’t quite justify or afford to spend more than $30 per pair. Allbirds are available in a variety of colors and patterns. They are also an excellent choice if you place a significant emphasis on the eco-friendliness of the products you get. 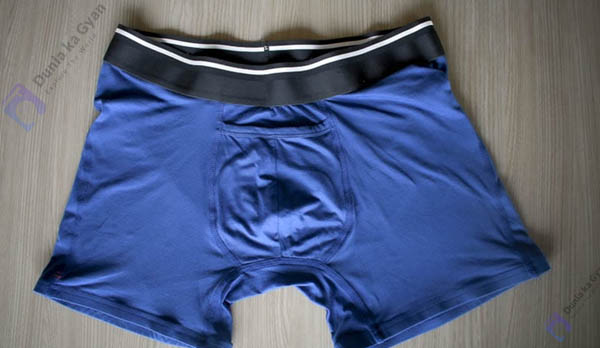 All citizens understand that buying comfortable underwear involves much more than a person’s waist size.

All Citizens perhaps called given its inclusiveness, provide underwear for practically every size and shape. They’re thick, but not so much that they’re unpleasant or heated. They could withstand several washes and wear over the course of several months.

With its Paradise Pocket, this firm also takes customer service seriously. While many underwear manufacturers are getting increasingly concerned with customer service, All Citizens offers possibly the most comprehensive approach for keeping your company running. Most pouch designs are more or less two additional pieces of cloth, but the Paradise Pocket is a comfy enclosure that protects you from swinging about. 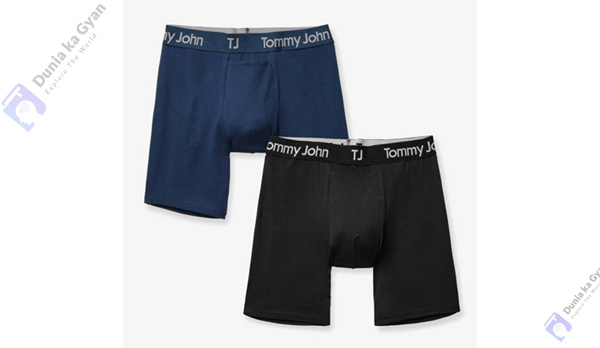 The business was launched in 2008 with the intention of upgrading undergarments with current comfort components, and it has succeeded admirably.

Boxer briefs are the most popular underwear type, and Tommy John’s features an inseam that is somewhat longer than typical. This prevents the unpleasant sensation of riding up or chafing. There’s plenty of space and assistance in all the appropriate spots.

If you prefer trunks and relaxed-fit boxers, Tommy John offers them all. Sport leggings, which are effectively full-length underwear, are also available. Tommy John underwear is pricey, but it outlasts lesser brands that wear out after a few wash-and-dry cycles.

Every outfit starts with a pair of underwear that is damn good. When looking for everyday underwear, you should look for support, comfort, and a style that makes you feel good about yourself. You can refer to our suggestions for choosing the perfect underwear.

Men should wear what makes them feel good. From a medical point of view, there is one clear difference: boxer shorts are linked to better fertility.

Q2. How often should a man wash his underwear?

Q3. Should I wear underwear to bed?

Even more, moisture can build up if you sleep with covers, tight pyjamas or clothes, and tight underwear. When you wear underwear, that moisture stays near your genitalia. This lets bacteria and yeast grow, leading to infections and other problems.

Q4. How many pairs of underwear should a man own?

Q5. Should you put underwear in the dryer?

Don’t put your underwear in the dryer under any circumstances. Even when the dryer is low heat, it can get too hot. Your pants’ thin fabrics and elastic can also get damaged by the tumbling motion. Instead, hang your clothes on a rack or outside to dry.