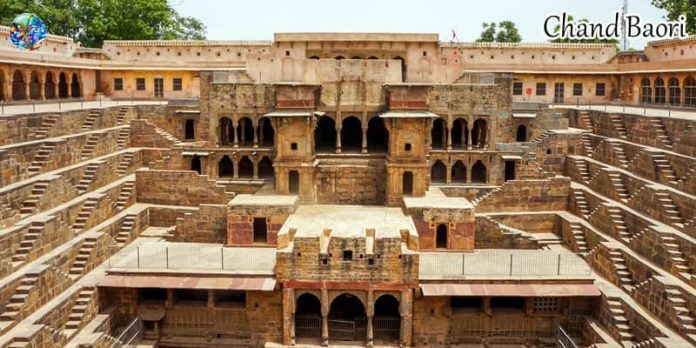 Chand Baori is a fine specimen of evolved Indian engineering preserved across ages. Here’s all you need to know about this unique architectural marvel.

Rajasthan, the largest state of India has its share of beauty and surprises. From rich history, fascinating culture, and awe-inspiring architecture to local crafts and natural splendor, the state caters to every tourist. The gorgeous artwork and the fantastic craftsmanship woven in intricate designs are always on the pinboards of national and international travelers.

Chand Baori (चांद बावड़ी) is one of the leading tourist attractions in Rajasthan. Standing as majestic as ever, it is a one-of-its-kind stepwell that has endured the test of time. This is the world’s oldest, largest, and most mesmerizing step-well located in Rajasthan’s Abhaneri Village. It has a systematic and faultless design that makes it stand apart.

Let’s explore the bewildering magnificence of this architectural marvel.

Wonder what is a stepwell? Well, it’s a well with steps constructed into its walls leading down to the water. Step-wells, Bawdi, and Baori, all mean the same. The structures are no longer in use, but their elegant geometry and magnificence are a sight to behold.

The Chand Baori is a typical step well with a history dating back to the 9th century. It was constructed by King Chand Raja of the Gurjara Pratihara clan. If legends are something to go by, he descended from Lord Ram’s brother Laxman. As such, the name comes from its patron king, Chand.

The Chand Baoli has 3,500 tiny steps to take you 20 meters into the well’s bottom. It is India’s largest and deepest stepwell, with 13 stories. Like any stairwell, it was created for water accumulation. The Baori has a delicate geometrical pattern that is hard to replicate even in this day and age dominated by technology. The steps form a fascinating maze, and the structure’s play of light and shadow gives it a compelling appearance.

It bears the shape of a rectangular courtyard. Upon entering, you are greeted by a jharokha (window). The moment you move downwards through the left-hand stairwell, expect to see an enormous water reservoir, intersected by two sets of steps on three sides to get to the water’s edge.

The step-wells were commonplace across Rajasthan’s parched landscape. In the past, this water management strategy was handy to combat water scarcity and sustain life during those prolonged dry spells. Also, Abhaneri Chand Bawdi was a popular spot for royals to cool off and beat Rajasthan’s scorching heat.

Why is Chand Baori so popular?

Chand Baori Rajasthan is on the bucket list of travel enthusiasts, explorers, and paranormal investigators. Let’s explore why.

First and foremost, stepwell’s photogenic architectural elegance makes it a desirable location. Anyone will be mesmerized by the 13-story deep well and triangle steps leading directly to the stored water. It’s intriguing enough to stop you in your tracks.

In addition, some legends believe that the well is haunted. That’s why it keeps long lines of paranormal enthusiasts and investigators keen to have a rendezvous with other-worldly entities. The well’s extensive portrayal in award-winning films, such as “Bhool Bhulaiya” and “The Dark Knight Rises” makes it a dream location for many movie and history enthusiasts.

The Architecture of the Baori 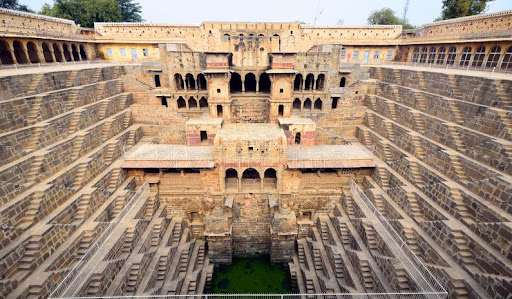 The Baori is surrounded by geometric stairs on three sides of a 19.5-meter-deep step hole. Steep triangle steps ensure that travelers descend or ascend sideways rather than going straight down. Additionally, the sideways approach makes it safer for several people to use the stepwell at once without colliding with each other. It also allows several individuals to sit near the water at the same time, which used to be a hangout place in the past era.

The fourth side has various levels of pillared corridors. Two balconies flank the stepwell. They’re embellished with Mahisasurmardini and Ganesha statues. A massive statue of Sheshasayee Vishnu, depicting Lord Vishnu in a sleeping position, is also positioned on the stepwell. The statue connotes that the Baori represents Ksheersagar. For starters, Ksheersagar, a sea of milk, is Lord Vishnu’s abode.

A shaft to draw water up from the stepwell is also available. However, it is visible only on close inspection, which is otherwise hidden amid the vast architecture. 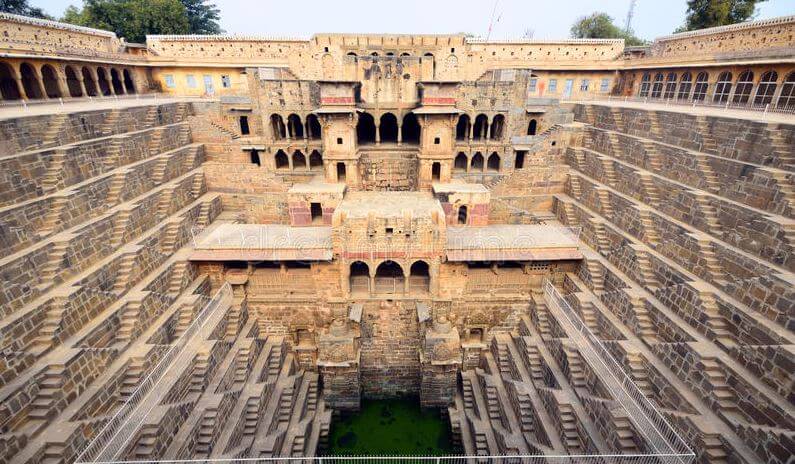 The stepwell has a total of 35,000 steps spread across 13 floors. As the Baori descends, it gets narrower. The water at the bottom has a vibrant green tint, adding to the ambiance’s liveliness. As the scorching sun in Rajasthan would increase the temperature in the place, the coolness from the water of the Baori would have been a comfortable respite for people. The Chand Baori is surrounded by figurines worth experiencing.

The stairwells are designed the same way as the other three sides of the Baori but in a massive form. The arches were added later, as India had no idea of arches like these in the 8th and 9th centuries CE. A high wall surrounds the Baori, and a passageway runs parallel to it. According to the Archeological Survey of India (ASI), the walled compound and the entryway weren’t there initially but were added centuries later.

The corridors of Chand Baori are currently brimming with excavated antiquities. Here, an extensive variety of stone sculptures can be found. The excavated sculptures include:

The hours allowed to visit Chand Baori Abhaneri are 8:00 AM to 6:00 PM. The architecture is free to explore with no entrance charges applicable whatsoever. You are better off planning a trip between October and March when the temperature is relatively mild.

How to Get There?

Chand Baori stepwell is located in Abhaneri village, 95 kilometers from Jaipur. The most convenient method to get there is a cab. It’s easily available for rent at one of the city stop car rental firms. Mind you, no direct buses are running from Jaipur to Abhaneri.

Abhaneri celebrates festivals with elevated zeal. At the start of the Sharad Navratri, a three-day festival is organized in Abhaneri. This annual event is scheduled 10 days before Dussehra or a month prior to Diwali, allowing locals to compete in a diving competition.

Navratri honors Shakti and the Baori is home to the Harshat Mata temple. Therefore, the Navratri festival is a permanent fixture here. Tourists flock to the temple for this yearly celebration. It is among the handful of areas where foreign visitors outnumber locals. 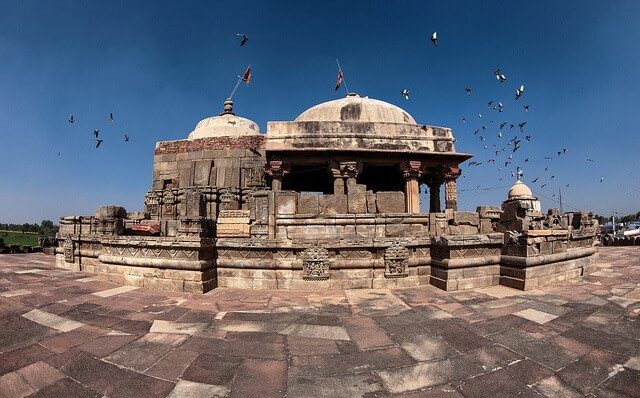 It’s a temple with a dome roof standing about 100 meters to the west of the famous Chand Baori. It’s named after Harshat Mata, also known as Harsiddhi Mata in some writings. They consider her to be a goddess of joy and happiness.

Both the temple and the adjoining Chand Baori were constructed by King Chand almost simultaneously. It’s a modest temple on a high platform that requires a flight of stairs to reach. The temple is adorned with magnificent Sunflower depictions, which are a signature view in the region.

This temple faces east and has a Nagar style shikhara, also known as Mahameru Shikhara. Its key attraction is its Amlaka shaped top. For the uninitiated, an amalaka is a sliced or grooved stone disc with ridges on the rim that rests atop the shikhara, or main tower, of a Hindu temple. Broken Amalaka pieces can be seen all over the temple. The amalaka, according to one interpretation, depicts a lotus, and hence serves as a symbolic seat for the goddess beneath.

On the top of the temple, Shikhara resembles Melaka, a symbol of Amla or Gooseberry fruits. Dome is a medieval substitute. It is a Panchratha type temple within the Nagara school of architecture.

Deities in the upper recesses all around the Harshat Mata shrine are notable sculptures. Mangal Murtis of couples and Sur Sundaris can be seen at the bottom level. The old temple is intricately carved with complete attention to detail. The floor is etched with board games, demonstrating that this was a place of prayer and a gathering area. According to folklore, the temple’s primary idol used to be of Lord Vishnu, but now it is said to be a Devi statue.

The architecture of the Chand Baori is an example of excellence achieved in an era of limited sources. It is a complex landmark to locate, making it one of India’s best-kept secrets! The association of time with the architectural marvel makes it a gem of a tourist place, waiting to top the destination charts of the world. A trip to Chand Baori is a reward that gets paid in memories. 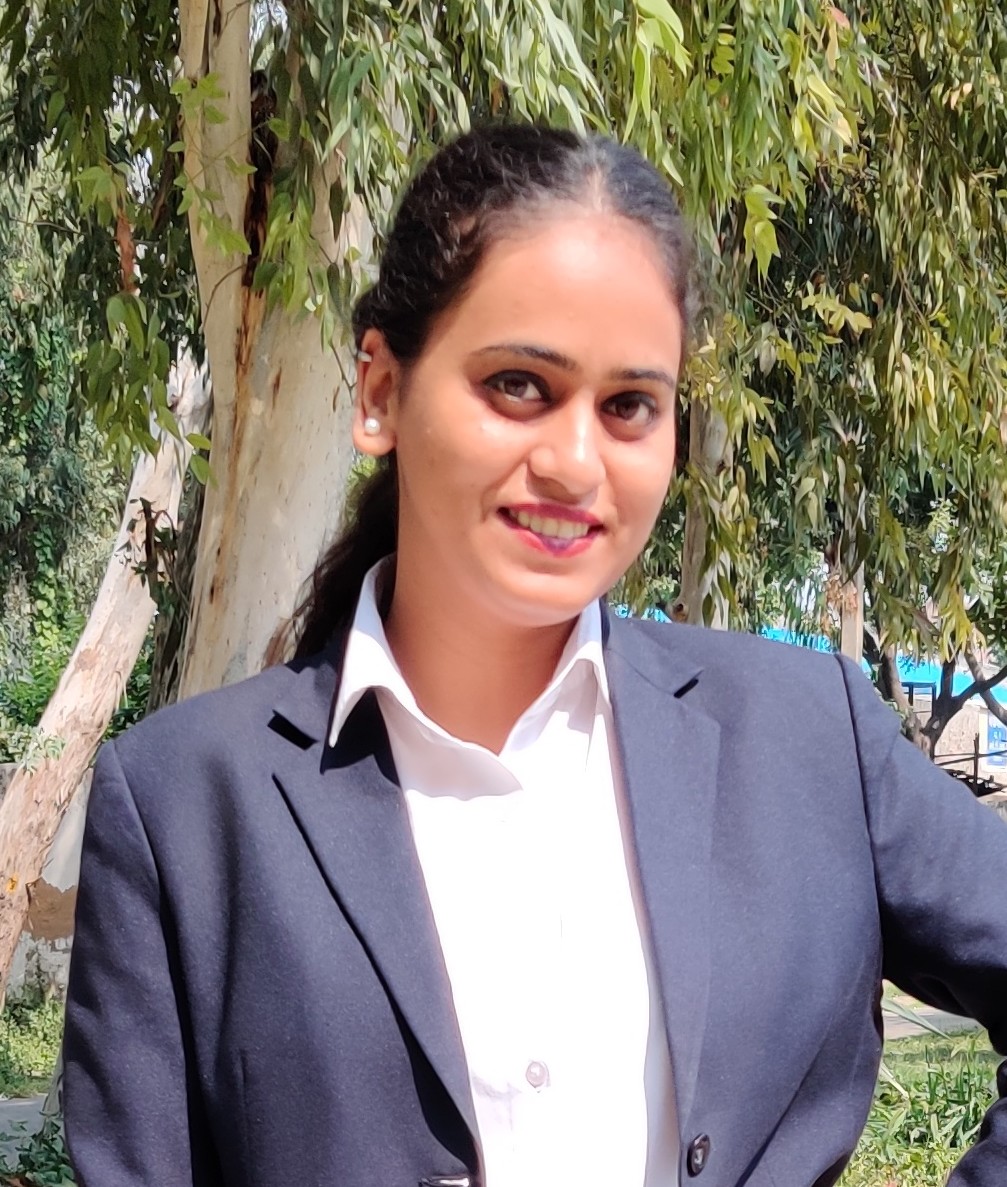