Churu Fort: Its History and Places to See 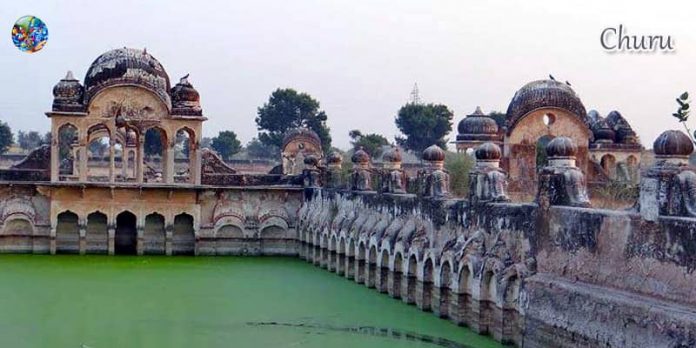 Churu Fort: Its History and Places to See

Churu (चूरू राजस्थान) provides you with an authentic experience of the culture of Rajasthan. They call it the gateway to the Thar desert. Hereon, you will enter the desert area with no vegetation. Your throat starts to feel a little dry and the sun’s heat can even melt the plastic.

The city was formed in 1620 AD by the Nirban clan of Rajputs. But before that, Churu came under the geographical and political order of Bikaner. In 1948, it became a separate district. The fort, which is located in the heart of Churu, has some historical significance. It was built around 400 years ago and features a temple of Salasar Balaji and Babosa Maharaj. 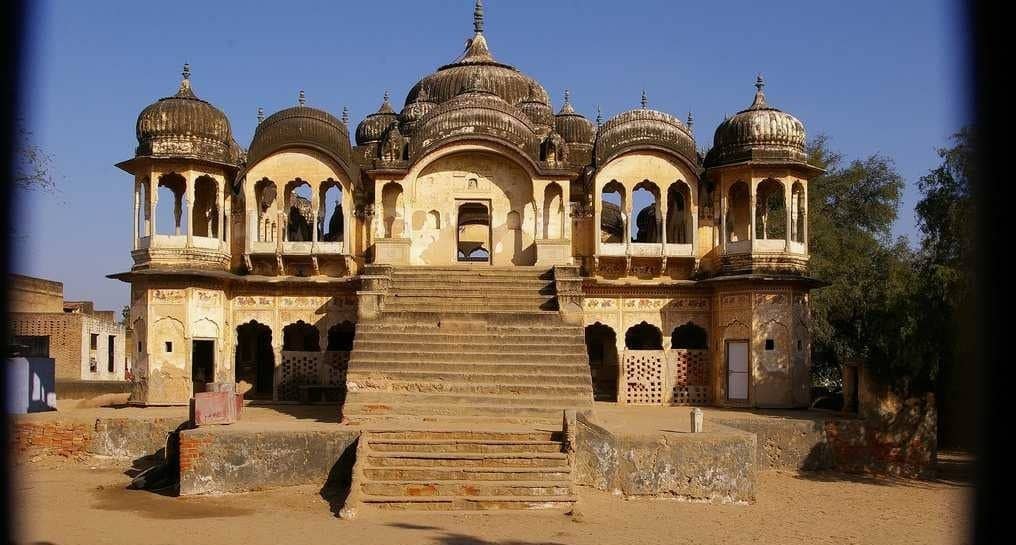 The forts of Rajasthan have been known for their beautiful architecture and regality. The Churu Fort or Churu Ka Kila is no exception either. It is the only fort in the entire world where the silver shells were pressed during the construction for enhanced protection. The construction of the fort was governed by Thakur Kushal Singh in 1694 AD. Like any other fort, it was built to protect Churu from invaders. As history tells us, it served its purpose.

The History of Churu

The fort is famous for one of the well-known incidents in the history of Rajasthan. The incident took place in 1814 AD, during the rule of Thakur Shivaji Singh, who was the descendant of Thakur Kushal Singh and a self-respecting ruler of the Churu district.

During his reign, Maharaj Surat Singh ruled the neighboring state of Bikaner. An ambitious ruler, he wanted to conquer all the neighboring states. As history has it, the collision between the two rulers was inevitable. Shivaji Singh had 200 infantry and 200 horsemen initially but increased his military might quickly. His subjects gave him everything from money to mind and even their lives.

In 1814 AD, Surat Singh had started his conquest of Churu. Thakur Shivaji Singh resisted the attack but ran out of ammunition in just a few days. His subjects came to his rescue, helping him raise the gold and silver to keep the resistance intact. He converted the silver and gold into shells that played a key role in attack and defense. The glorious history of Churu Rajasthan in Hindi is readily available online, should you require more details.

Places to Visit in Churu

Even though it is a small district of Rajasthan and not as famous as the other ones, there are still a lot of places for you to explore when on vacation in Churu Rajasthan. Here’s a well-curated list of places to visit in Churu that will transport you into the bygone golden era and be face to face with the local life of the state. 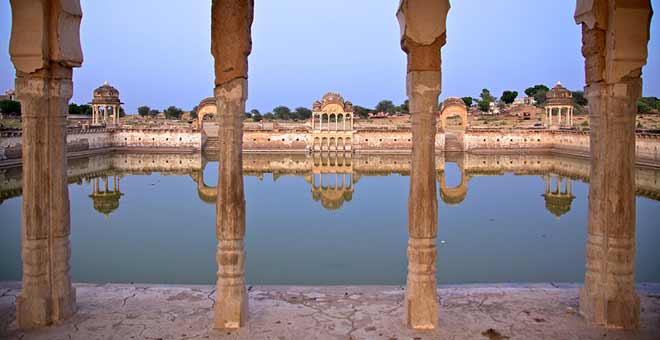 Sethani Ka Johara is said to be a perfect tourist attraction in Churu. The story of Sethani Ka Johara revolves around the terrible famine of 1956. This led the government and the local parties to come together and build a water reservoir to help locals suffering from water scarcity. It is located in the vicinity of Ratangarh, largely funded by the widow of Bhagwan Das Bagla.

This place was initially made for research purposes, but when the famine struck, it was converted into a water reservoir. Even to this day, the reservoir is working and providing water to both the birds and the animals of the region. If you are lucky, you can find some beautiful wildlife, such as Nilgai and colorful birds as well. The place is peaceful, making it ideal for nature lovers, peace seekers, and bird watchers alike. 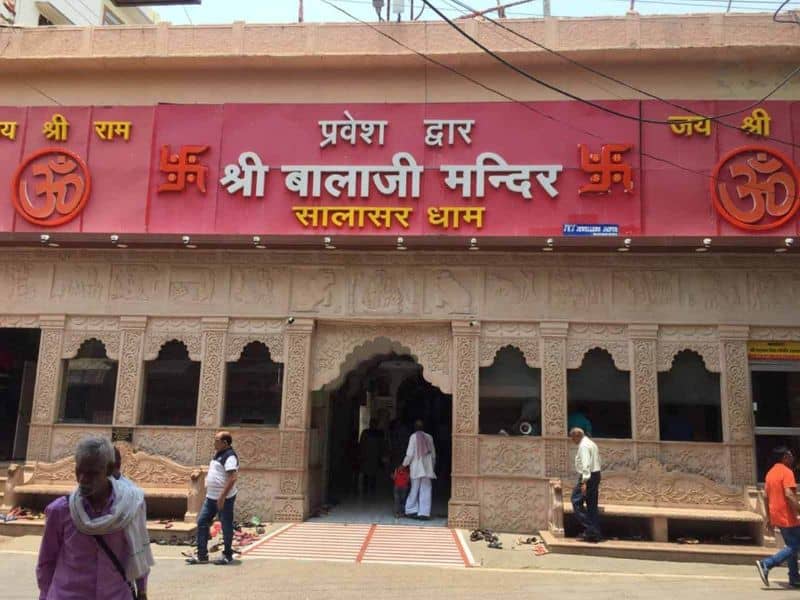 After you are done watching colorful birds, it’s time for some blessings. One of the famous and massive structures in the Churu district is the Salasar Balaji. This temple is located in the small town of Salasar, near Sujangarh. The temple is solely dedicated to Balaji, which is another name for Lord Hanuman. It keeps a steady stream of devotees throughout the year, even in the hottest months of the year. The Salasar Dham is considered to be an integral part of the local religious circuit, which includes Khato Shyamji and Jhunjhunu temple. All these three temples are located close to each other. Prefer visiting them in a single visit to complete the circuit.

The temple of Salasar Balaji was constructed in 1754. They also call it the Shakti Sthal, which means a place of power. Interestingly, the idol in the temple is said to be self-created. The legend has it that one of the villagers discovered it with unique facial hair resembling a beard and mustaches. This is a temple where all your wishes will come true. 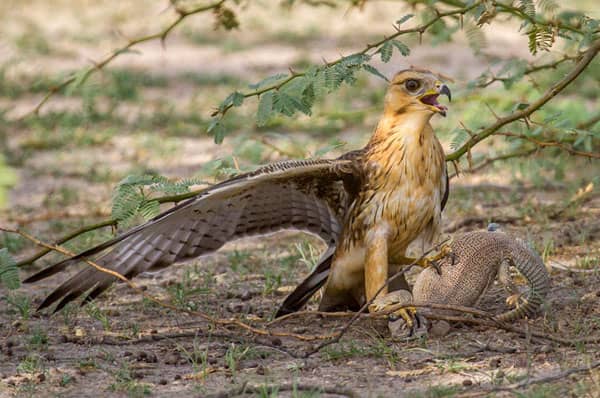 This wildlife sanctuary is spread across 719 acres, and was declared a national wildlife reserve in 1962. The Tal Chappar sanctuary has one of the unique ecosystems with most of the area covered by land. As a result, several birds come to the sanctuary on their way home. It is like a resting place for them during their long journey. No wonder, it’s a popular place for bird watchers. Apart from this, this sanctuary is the home to endangered blackbuck, jungle cat, Nilgai, foxes, and many other wild animals hard to find elsewhere.

This is another tourist attraction in Churu. The locals often refer to it as the Bara Mandir. The temple is situated in Ratangarh town, dedicated to Lord Raghunath, which is another name for Lord Rama. The architecture of the temple is unique and attractive. Think of it as a must-visit if you love history and architecture or seek divine blessings. 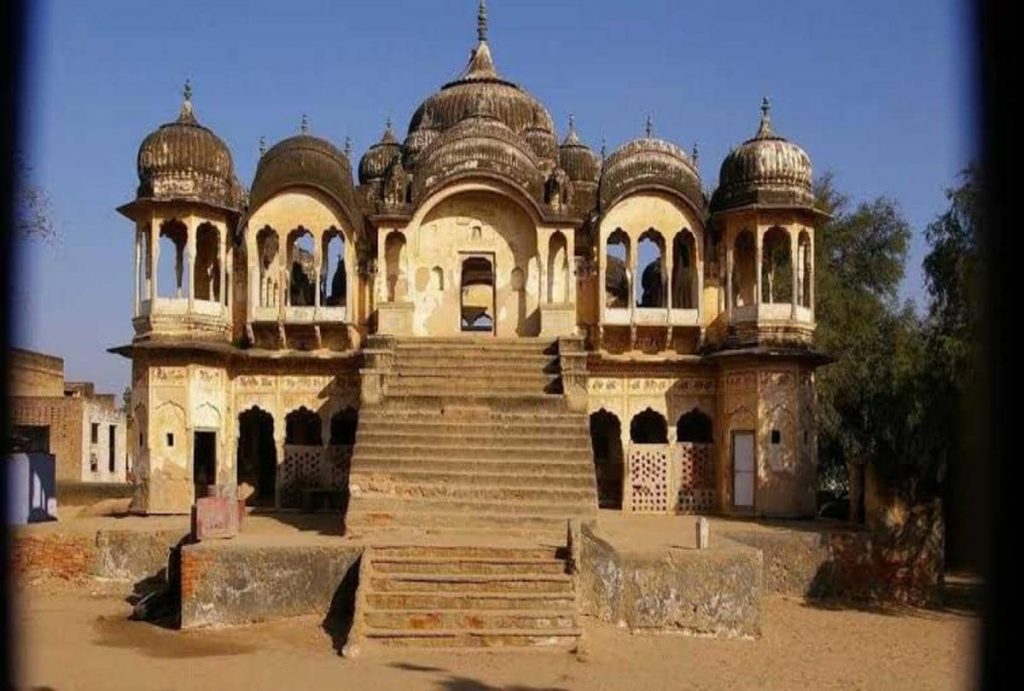 We already told you a lot about the history of Churu fort and how it is the only fort in the world that has the silver shell of ammunition. The fort’s architecture and magnificence make it a sight to behold. When here, you cannot stop admiring how big the structure is and how thoughtful the creators of this fort were. It was pretty hard to penetrate the protection of this fort.

So this is all about Churu. If you want to experience the Thar desert at its finest, then Churu is a great way to begin your journey. Mind you, in summer, the temperature could go as high as 45 degrees celsius and at night time, it could plummet to 5 degrees. So, keep yourself prepared for these two extreme weather conditions and pack accordingly. 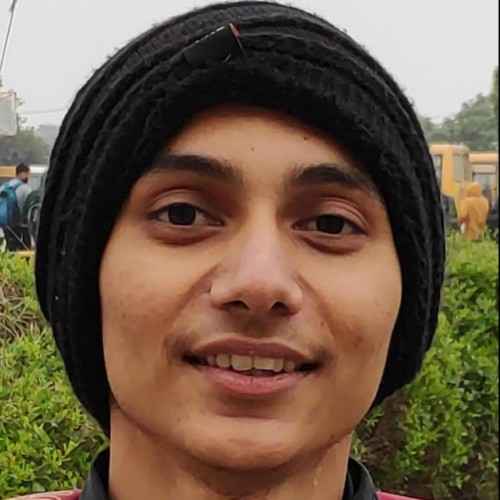 10 Biggest Waterpark in the World

10 Biggest Waterpark in the World