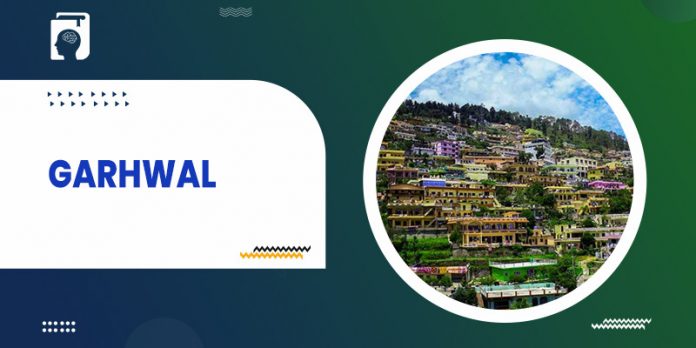 Garhwal is a heaven on earth, blessed with incredible beauty, a wonderful climate, and friendly people. The region refreshes your body, mind, and soul with rivers gushing through the hills, snow-capped mountain peaks, and lush green meadows all around.

Garhwal sometimes referred to as the “soul of Uttarakhand”, is one of the state’s two regions. The region has a fairytale-like appearance, with majestic snowy mountains, heart-melting valleys and pastures, immaculate lakes and glaciers, and glittering rivers. Above all, it is deeply religious in nature. It is famous for being the source of two sacred rivers, the Ganga and the Yamuna, as well as for housing numerous Hindu pilgrimage sites, including the holy Badrinath and Kedarnath shrines.

Garhwal is located in Uttarakhand, India. Garhwal is bordered on the northern part by Tibet and the eastern side by the Kumaon region. The states of Himachal Pradesh and Uttar Pradesh, respectively, share the region’s northwest and south borders. Seven districts make up the Garhwal basin, including:

The Garhwal region is multicultural, where compassion is heartfelt. The region celebrates a multitude of cultural events and fairs that represent the local people’s enthusiasm for life. The predominant language spoken in the region is Garhwali, which is one of the Himalayan Pahari community’s central languages. Srinagariya, Badhai, Rathi, Tihriyali, Salani, Banagani, and Dessaulya are the prime varieties of the language.

The history of the Garhwal is complex, long, and prolific. The history of the region is thought to predate Indian epics such as the Ramayana and Mahabharata. Garhwal was originally known by the same name and appears in ancient Kedarkhand writings. Archaeological digs show that the region was once a part of the Mauryan Empire.

The Katyuri dynasty, which ruled from the 11th century AD, was the first known monarchy in Garhwal. Katyuri’s reign ended in 1802 with the arrival of the Gurkhas in the territory. The British seized the area and incorporated it into their Kumaon region. After independence, it remained a part of the Indian state of Uttar Pradesh before becoming a part of the newly formed Uttarakhand state in 2000.

Places to Visit  in Garhwal

Garhwal Uttarakhand has a variety of holiday destinations where you can skip your weekends and go on a trip that suits your mood. Continue reading because we’ve compiled a list of some of the best options for you. 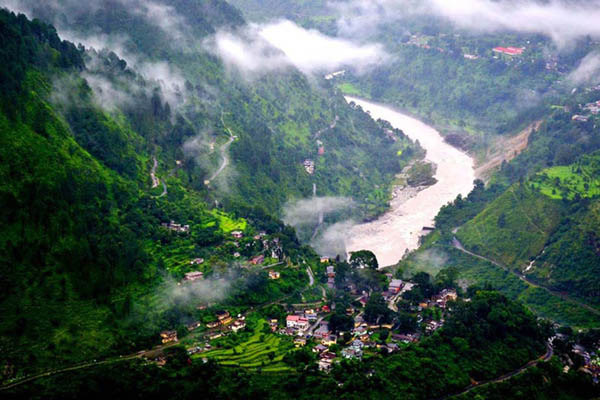 It is not for nothing that it is called the “Valley of Gods”. Chamoli is among the most beautiful hill areas of the region, with rivers, valleys, and slopes abound. Some of the landmarks include Badrinath, Nanda Devi National Park, Valley of Flowers, Berinag, Auli, Gopeshwar, and Vasundhara Waterfalls.

Dehradun is a well-known tourist attraction. The area, which is ensconced in the Himalayan Foothills, is known for its plethora of appealing places, such as Rishikesh, Mussoorie, Chakrata, and Landour, and several shrines like the Surkanda Goddess. 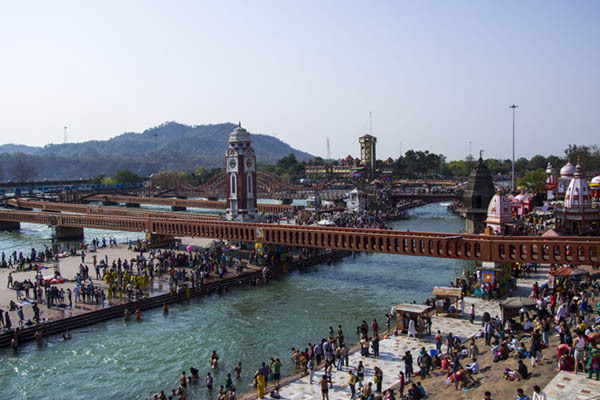 Haridwar is a well-known spiritual destination. The sacred district is known for the River Ganga, which runs through it. Other highlights include sacred Hindu devotion spots, such as Har Ki Pauri, Chandi Devi Temple, and Mansa Devi Temple. Wildlife destinations like Rajaji National Park and Sapt Rishi Ashram are also there to delight nature lovers. 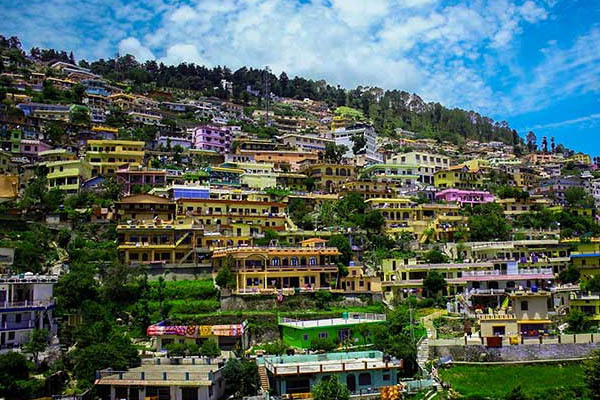 Pauri Garhwal is rich in biodiversity and grandeur, with steep mountains, temples, oak and deciduous trees, and raging streams. A range of sought-after religious sites and the spectacular Chaukhamba view point can also be visited in the district. 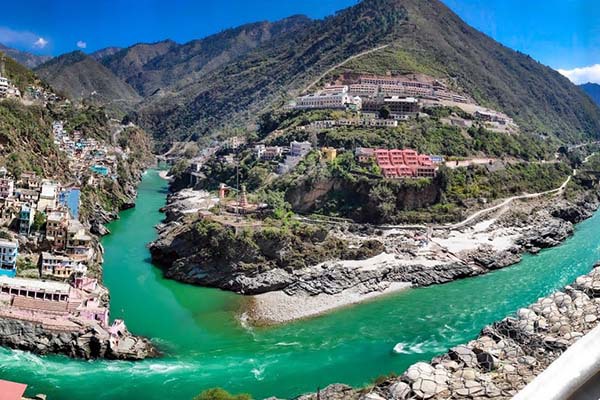 Rudraprayag’s main attractions are the popular Hindu shrines of Tungnath, Kedarnath, and Madhyamaheshwar. Beautiful streams and glaciers, as well as breathtaking views of the Himalayan Range, can also be found in the province. Guptkashi, Koteshwar temple, Ukhimath, Gaurikund, Panch Kedar, Sonprayag, Kedarnath, and Chorabari Glacier are all examples of the district’s allure and religious significance. 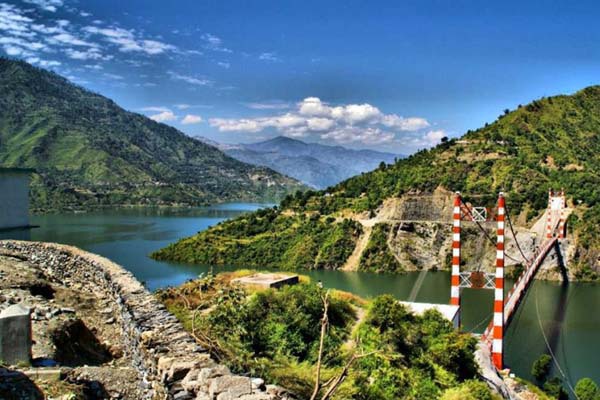 As the name suggests, the Tehri Dam is located in the Tehri Garhwal Mandal. Other tourist sites in the region include Dhanaulti, Chamba, Chandrabadani Devi, Kanatal, and Devprayag. Also, this district offers a variety of outdoor pursuits for adrenaline junkies. 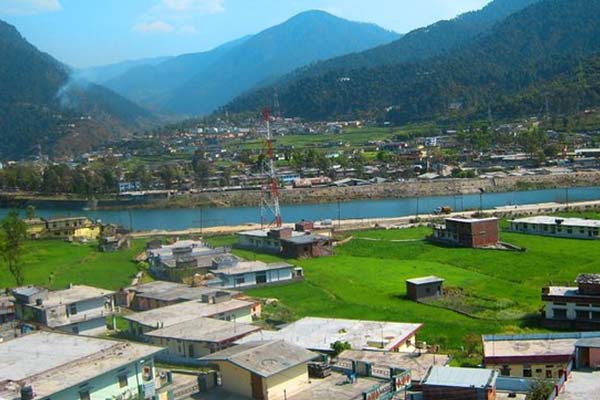 Hilly terrain, vegetation, a breathtaking environment, holy sites, and raging rivers beautify the Uttarkashi District. Alpine meadows, such as Dayara Bugyal, charming offbeat places, including Harsil, Barsu, and Maneri, and pilgrimage sites like Gaumukh and Gangotri, are among the district’s prime attractions.

How to Reach Garhwal

You can visit the Garhwal region via air, rail, and road.

Where to Stay in Garhwal

The Garhwal region is a coveted tourist hotspot. Every district in this region has a sufficient number of hotels to cater to visitors. You can opt for hotels, lodges, and resorts as per your budget. Here are some top-rated hotels in the Garhwal region:

Garhwal offers authentic, mouthwatering local dishes to delight your taste buds. From a local Dhaba to a top-shot restaurant, you can enjoy the local cuisine anywhere you want to. The food options are amazing and you can binge on some authentic Garhwali dishes like Aaloo ke Gutke, Baadi, Bhatwani, Bhatt ki Churni, among many others.

The Garhwal region is accessible throughout the year. Visitors converge here from all across the country to experience the calmness and the thrill offered by the region. The upper Garhwal region turns into a snow blanket in winter and can be very harsh. Visitors are advised to avoid the upper regions of the Garhwal during winter.

Every district in the Garhwal region provides a unique experience. It’s like two sides of a coin: on one side, you can seek peace and calm, while on the other, you can be mesmerized by nature’s beauty. On the other hand, you can engage in adventure sports, trekking, and camping in the region’s wilderness. We hope we have provided you with enough information to plan your next trip based on the type of experience you want to have. If you have any feedback or questions, please leave them in the comments section below.