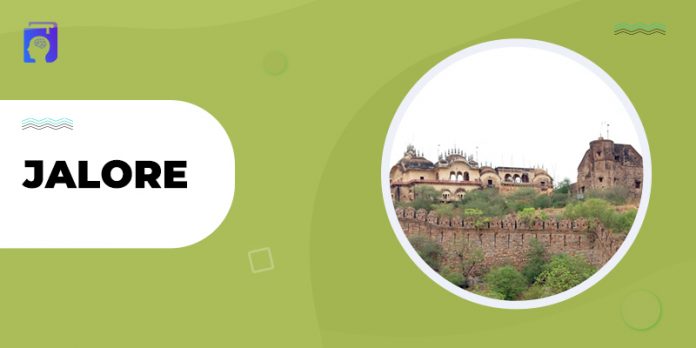 Why not add Jalore to your bucket list? It’s a town worth visiting for honeymooners, and solo, family and group travellers alike. Here’s what you need to know about it.

Different people have different reasons to travel. Some travel to experience new places and cultures, some to break the monotony of the daily grind, and some to seek peace and discover themselves. Simply put, travel connects you to life and changes your perception to view life in a more meaningful way.

The Indian subcontinent has had a long history of civilizations and kingdoms being raised and then brought to the ground. Every state, region, city, and town in India has plenty of experiences to offer to anyone visiting it. One such city is Jalore.

Jalore is a historic city in Rajasthan, just 420 kilometres away from the state capital, Jaipur and 140 kilometres from Jodhpur. Its borders are shared with Gujarat. The town is recognised worldwide for its pink and yellow Jalore granite. They even call it the “Granite City” of India. Jalore lies to the south of the tributary of the Luni River, which merges into the Sukri River. The major languages here are Marwaadi and Hindi. The Sundha peak near Jalore is known as the Marwar region’s second Mount Abu.

Jalore has an illustrious cultural heritage, and its name has evolved with time. Before the 8th century, Jalore was known as Jabalpur, named for Maharishi Jabali, a famous saint. Pratihar King Vatsa Raja governed Jalore in the eighth century.

During the 12th century, the Parmars ruled over Jalore, and it was during their reign the famed Jalore Fort was erected. It’s a landmark structure known for its magnificence and charm. Kirtipala, the youngest son of Arhan, the Nadol King, established the Chauhan tradition here.

Abdul Rahim Khan Khana took the fort indefinitely during the reign of Mughal emperor Akbar. It is said that Jehangir, Akbar’s successor, had the walls of the fort built. After the decline of the Mughals, Jalore swept quietly into the Jodhpur Kingdom.

Places to Visit in Jalore

Being an ancient city, Jalore has several stories to tell. Besides the fort, the town has an array of other prominent temples and monuments to delight visitors. Below are the must-visit places in Jalore. 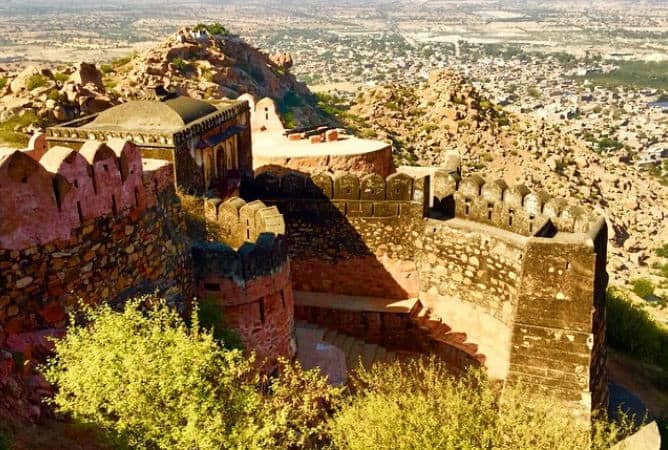 The Jalore Fort is the city’s principal attraction. The majestic structure, built on a steep hill, is known as one of the country’s impenetrable forts. The exact date or even year of the fort’s construction is uncertain. But it is thought to have come up during the eighth and tenth centuries.

In many areas, the fort’s stone wall is still intact and undamaged, allowing visitors to envision what a formidable stronghold it once was. Inside the fort, there is a deserted castle, a few water tanks, mosques and graves, and antique temples devoted to Shiva and other gods and goddesses. A few lovely Jain temples may also be seen within the fort’s grounds. 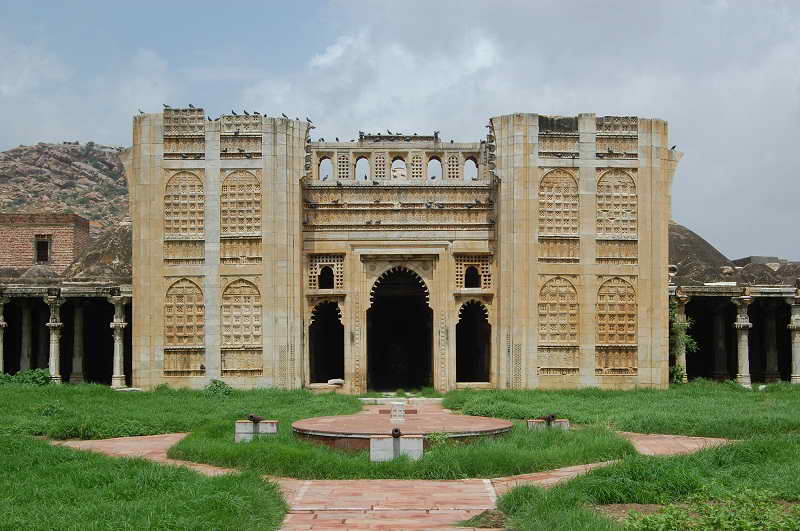 Ujjain King Vikramaditya erected Topekhana as a “Sanskrit Pathshala” to promote education. The main structure comprises 276 stone pillars with exquisite carvings of flowers, chains, elephants, bells, vines, and geometry. One room is raised 10 feet above ground level in the right corner of the main structure, with stairs going there.

Inside the fort, there’s a headmaster’s or teacher’s seat for educating large groups of students. Within the fort’s grounds, a few magnificent Jain temples come across. A shrine on the left side of the main entrance, just inside the main entrance, may have originally held a Shiva Lingam statue. Raw art adorns an incomplete flank on the right side of the School.

The canopy’s main arch’s major arch is also gone. Several idols within the property have been damaged, including those of Lord Vishnu, Lord Shiva, Goddess Parvati, Lord Ganesha, and Lord Varaha. There are little temples on both flanks with no idols at the present. 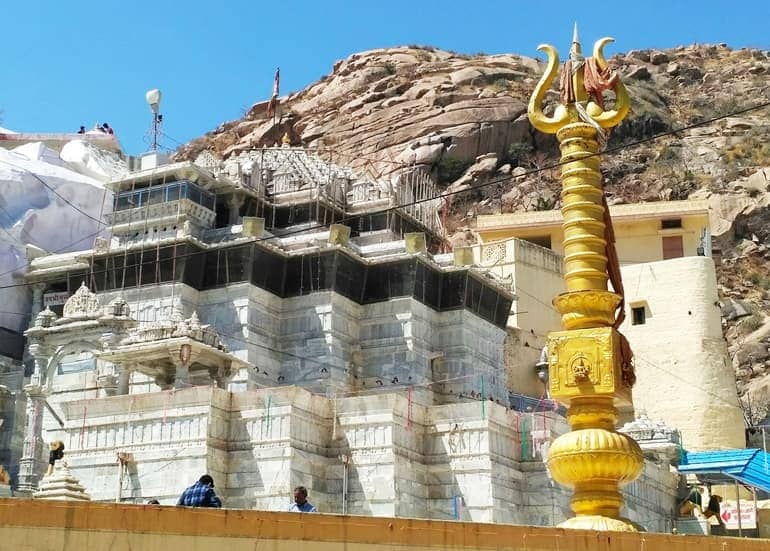 This temple in the Jalore district is about 900 years old and situated on the hilltop of the mountain Sundha. It houses Goddess Chamunda Devi. The temple premises have three historically significant inscriptions about the region’s history. An important inscription is from AD 1262, which tells of the triumph of Chauhans.

“Nath Yogi’s” used to worship in this temple. Many vacationers from neighbouring states like Gujarat and Rajasthan go there. The surroundings here are peaceful and appealing. The year-round waterfalls are a tourist attraction around the temple. 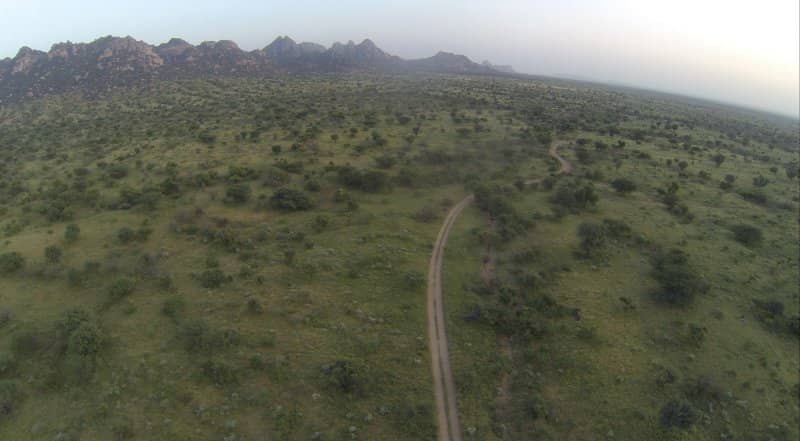 This wildlife sanctuary lies in the Jawai forest area in Rajasthan, Jalore. It has an area of around 107 square km and hosts Nilgai, Sloth Bear, Desert Fox, Striped Hyena, Vulture, Hanuman Langur, Indian Porcupine, and around 120 species of birds. It is an ideal getaway for wildlife lovers and photographers.

Other prominent places to visit in and around Jalore include:

Planning to visit Jalore? Here’s how to get there.

Jalore, being a mineral-rich city as well, has a good range of hotels and motels to accommodate all types of visitors. Some good options are given below:

Jalore’s cuisine is a mix of fiery Rajasthani and sweet Gujarati flavours. There are several varieties of food joints across the city where one may sample authentic Rajasthani food. Vegetarian cuisine is vastly popular here. Pyaz ki Kachori, Jalori Rasmalai, and Marwadi Kulfi are among the city’s well-known delicacies.

Autumn, Winters, and Springs are the best for visiting the city. Plan your tour anytime between October and March. The weather is lovely and peaceful during this time of the year. Without having to confront the burning heat, one may explore the city and its environs.

Jalore is a must-see destination for vacationers, adventurers, and mineralogists. That’s thanks to its mineral wealth and rich history. Jalore, known as India’s Granite City, has a lot more to offer than simply granite, after all. So, pack your bags and head straight to this quaint town in Rajasthan. And, Jalore photos would be a rage on social media.

15 Best Waterfalls in New Jersey That You Should Not Miss