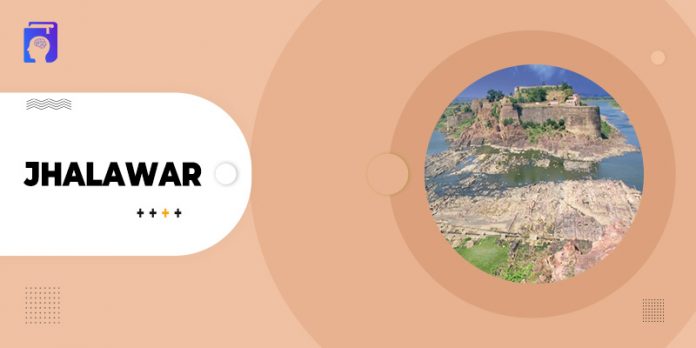 In the past, well-traveled men were considered the wisest humans to live on Earth. It was due to them that the culture around the world spread and people got access to each other’s knowledge, society, culture, heritage, religion, food, and architecture, and more. The tradition continues with people traveling for work and leisure. While the importance of travel cannot be overemphasized, it’s always wise to choose the travel destination after careful consideration. But a few destinations choose themselves. Take, for instance, Jhalawar, a sleepy town in Rajasthan. It might not have that big a presence on the tourism landscape but it has everything to delight visitors.

If the idea has clicked with you, here’s all that you need to know about this magical place.

Jhalawar, which means “land of Jhalas,” is located in Rajasthan’s southeast corner on the edge of the Malwa plateau. The state of Madhya Pradesh borders Jhalawar district to the southwest and east, while Kota district’s Ramganj Mandi and Sangod tehsils are to the northwest, north, and northeast respectively. Likewise, Baran district’s Atru and Chhipabarod tehsils are to the northeast. It spreads across 6219 square km.

Jhalawar was built as a cantonment by Jhala Zalim Singh, the dewan of Kota, to protect Kota against the Maratha invasion. In 1838, The East India Company detached the city from Kota and handed it over to Jhala Madan Singh. He was Jhala Zalim Singh’s heir.

Places to visit in Jhalawar

Jhalawar has its share of tourist attractions that attract footfall year around. Here’re a few notable Jhalawar tourist places that deserve your visit. 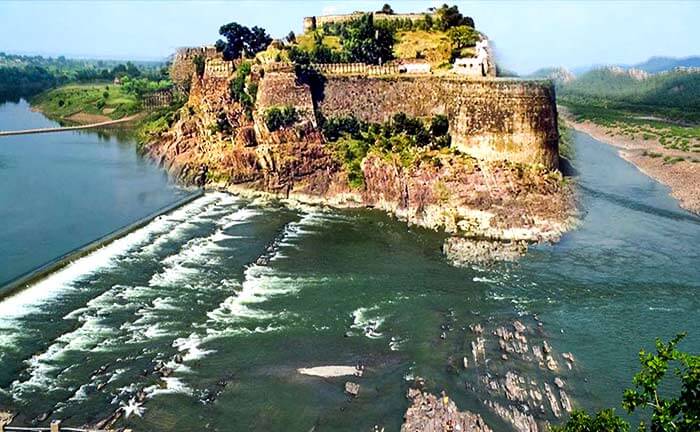 Gagron Fort, a Water Fort or ‘Jal Durg,’ is encircled by the Ahu, Sindh, and Kali rivers. UNESCO has recognized this fort as a World Heritage Site. In the 7th century, the foundations of this beautiful and impenetrable fort were built. Each year, during Muharram, a fair is held in the Dargah of Sufi saint Mitheshah. 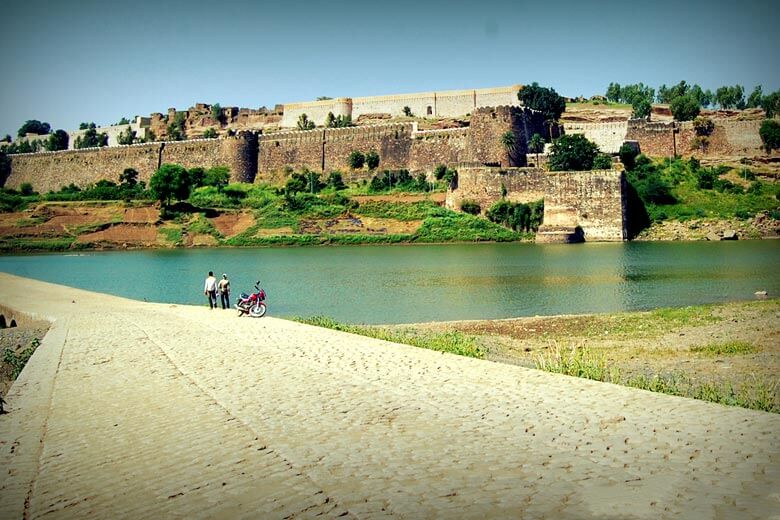 Jhalawar Fort, also known as Garh Palace, is a majestic structure steeped in history. Located in the heart of Jhalawar town, it owes its existence to Maharaja Rana Madan Singh. Beautiful artwork adorns the walls of the apartments. Elegant paintings from the Hadoti style of art may be found on both walls and mirrors in the Zenana Khas or “Women’s Palace.” 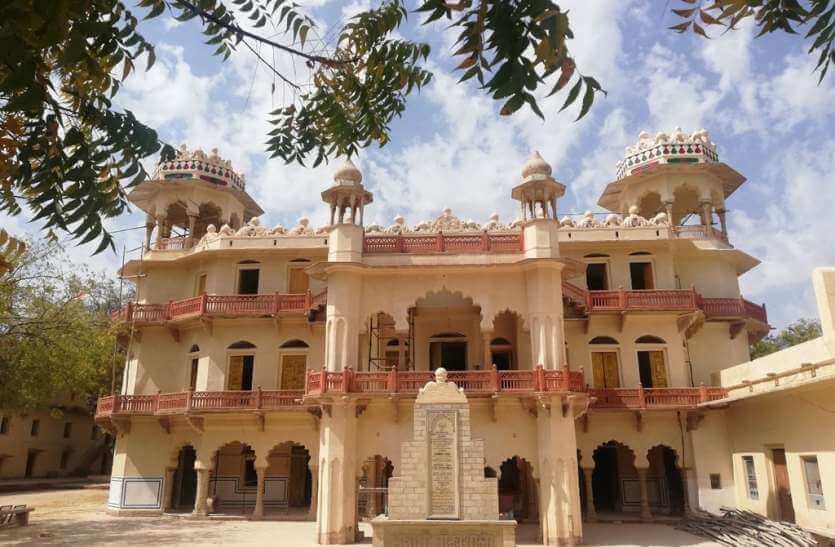 Nestled in the heart of Jhalawar, Rajasthan, this Natyashala, built-in 1921 AD, is one of India’s most remarkable theatres. The architecture of the Natyashala is breathtaking. You cannot afford to miss it. The structure is famed for having an underground entrance that allows horses and chariots to emerge on stage for a dramatic effect. 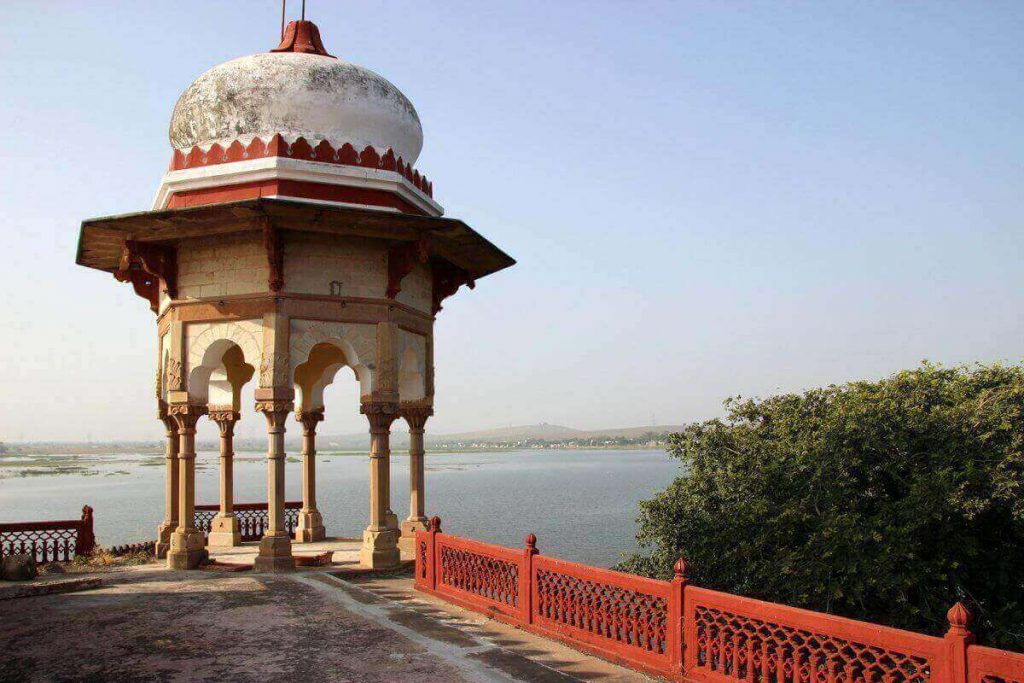 Walled from all sides, Jhalrapatan is a heritage city, which owes its existence to Jhala Zalim Singh. Since Jhalrapatan was a crossroads on the route, the entire town was enclosed by a wall in 1796 AD to keep the trade caravans safe from the Pindaris. They call it the “City of Bells.”

When in Jhalawad, feast your eye on the Sun Temple, also known as the Padma Nabh Temple. It was erected in the 10th century and is considered one of the best architectural specimens of ancient Indian architecture. 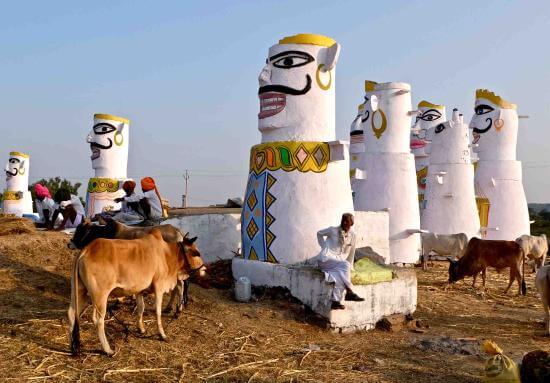 The Chandrabhaga Fair is one of the region’s most popular tourist and pilgrim destinations. The river Chandrabhaga is the inspiration for the fair’s name. Various cultural programs are organized to mark the occasion. Also, the attendees have an opportunity to interact with people from different cultures. The idea is to promote social harmony.

Other major tourist attractions in Jhalawar India include:

There are no direct flights or train connections to Jhalawar. The nearest airport to Jhalawar is Raja Bhoj Airport in Bhopal, which is around 230 kilometers away. Jhalawar has a recently opened railway station, making it even more accessible. It is connected to Kota Junction by passenger trains. Plus, Jhalawar road connectivity is good. It is well linked to all major neighboring cities by road, with buses and taxis readily accessible.

From royal stays to budget stays, Jhalawar has everything to suit your pocket. Some hotels are mentioned below for your reference.

One can find mouthwatering authentic Rajasthani cuisine and delicacies to feast on when in Jhalawar. Major foods include RajKachoris, Daal Baati & Choorma , Kulfi and Ghewar. You can also feast on Rajasthani mutton prepared specially from Rajasthani spices.

To visit Jhalawar, the winter break is perfect. People from surrounding towns travel to Jhalawar to put up camps and tour the old town.

Jhalawar is a spot where one may seek peace and tranquility while exploring the town, away from the noisy and busy modern towns. Jhalawar is a must-see destination for those looking for a much-needed weekend break or a mini-vacation.

Share
Facebook
Twitter
WhatsApp
Linkedin
Previous articlePizza Recipe – Pizza Variations & How to Make Pizza at Home?
Next articleLinux vs Ubuntu | Which Operating System is Best for You?