Kumbhalgarh Fort- One of the UNESCO World Heritage Sites 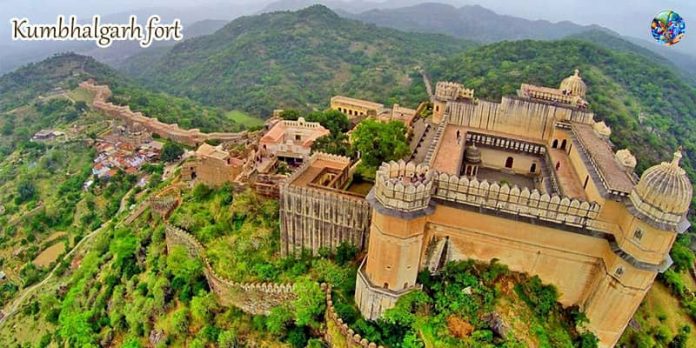 Kumbhalgarh (literally “Kumbhal Fort”) is a Mewar fortress in Rajasthan’s Rajsamand district near Udaipur, located on the western range of the Aravalli Hills. It is a UNESCO World Heritage Site that is part of Rajasthan’s Hill Forts. The fort, which was inhabited until the late 1800s, is now open to the public and is magnificently illuminated every evening for a few minutes. By road, Kumbhalgarh is 82 kilometers northwest of Udaipur. After Chittorgarh Fort, it was Mewar’s most powerful fort.

Kumbhalgarh Fort- One of the UNESCO World Heritage Sites

Due to a lack of documentation, the fort’s early history could not be determined. The fort’s original name was Machhindrapur, but it was renamed Mahore by historian Sahib Haqim. During the 6th century, King Samprati of the Maura Age is thought to have founded the original fort because of its strategic significance. Since the fort was negligible at the time, the timeline from 1303 AD until the conquest of Alauddin Khilji is hazy. Architect Mandan was the fort’s chief architect, and his method of construction was recorded in his book Rajvallabh. He dedicates the book to King Rana Kumbha at the end.

Why is Kumbhalgarh Fort Famous? 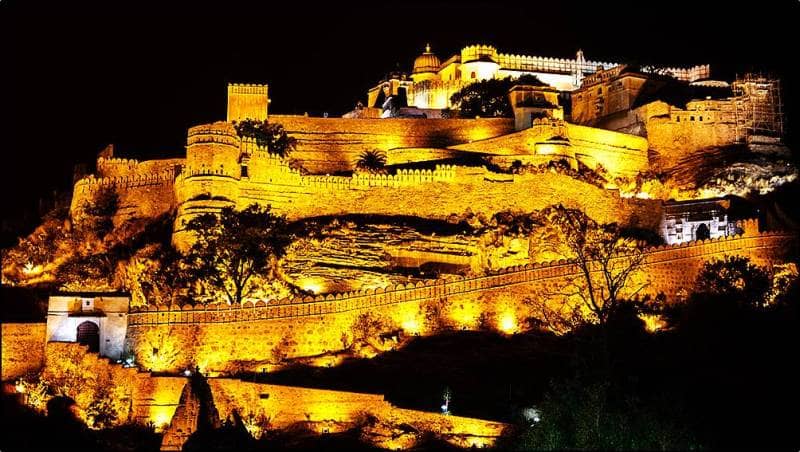 The scenic town of Kumbhalgarh is home to the famed world heritage site of Kumbhalgarh Fort, which is surrounded by the opulent hills of the Aravalli. The magnificent Badal Mahal is known for its grandeur, stunning architecture, breathtaking views, and vibrant murals, among other things.

About the Kumbhalgarh Festival 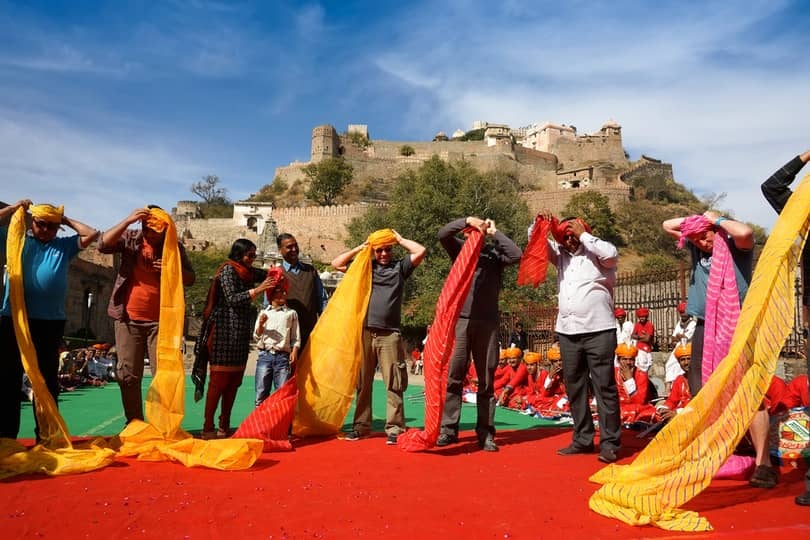 Every year, the Department of Tourism of Rajasthan hosts the Kumbhalgarh Festival at the fort of Kumbhalgarh. Maharana Kumbha’s contribution to art and culture is commemorated in this grand affair. Throughout the festival, the fort is lavishly decorated, leaving visitors and even locals in awe of its splendor. Like every year, this year’s Kumbhalgarh Festival is expected to take place from December 1 to 3, 2022. Rajasthan is one of India’s most historically and culturally important states. Its history, tradition, and architecture are well-known around the world. Many of the country’s best and most well-known musicians have performed at this festival. It goes without saying that it is extremely common in India. Tourists will be delighted to have such a diverse range of art under one roof, allowing them to experience the true essence of Rajasthan. During the celebration, the fort is illuminated with beautiful yellow lamps, giving it the appearance of a stunning newlywed bride. The event’s enthusiasm is contagious, so don’t be surprised if you see people shaking their legs to the enthralling tunes that blend contemporary and traditional elements of music. 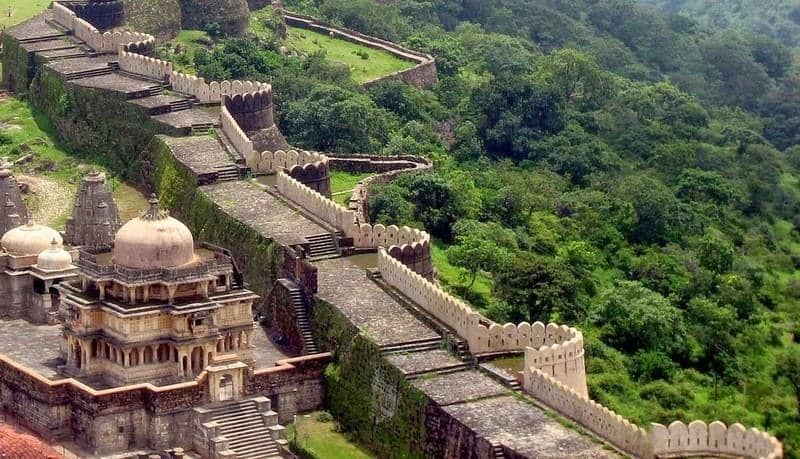 Kumbhalgarh was designed in the Rajput military hill architecture style, which takes advantage of the terrain’s defensive properties, due to its mountainous position. The fort is situated on a hilltop about 3600 feet above sea level, surrounded by a 36-kilometer long wall with seven guarded gates. The wall, which is one of the world’s tallest, is commonly referred to as the Great Wall of India. The frontal walls of the fort are 15 feet high. Within the fort, there are over 360 temples, 300 of which are ancient Jain temples and the rest are Hindu shrines. Though the rulers of Mewar made many additions to the fort over the years, the original foundation still stands today. 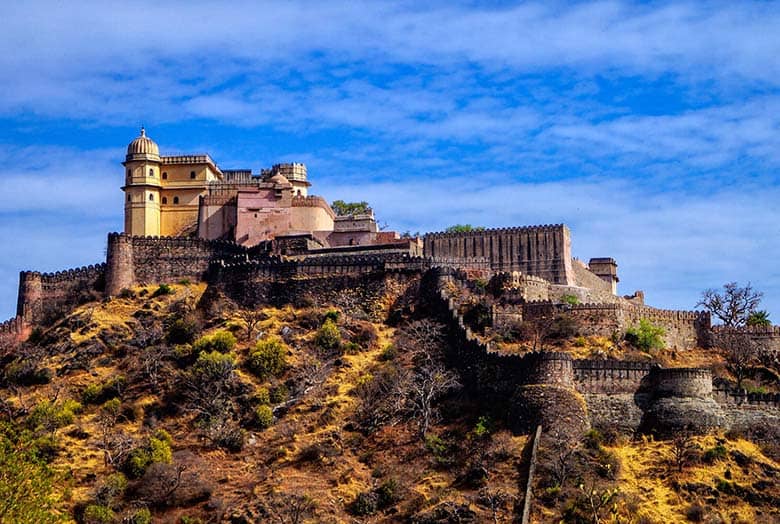 Kumbhalgarh’s climate is tropical, with temperatures reaching 42°C in the summer and 11°C in the winter. The average annual rainfall is about 88 centimeters. The best time to visit this location is during the winter months (September-March).

By Air – The closest domestic airport is in Udaipur. Flights are available to Jaipur, Jodhpur, Aurangabad, Mumbai, and Delhi, among other important tourist destinations in the area. The nearest international airport is Delhi International Airport.

By Rail – The closest railway station to Kumbhalgarh is Udaipur. From Udaipur, trains run to Delhi, Chittaur, Ahmedabad, Jaipur, Ajmer, and Jodhpur. 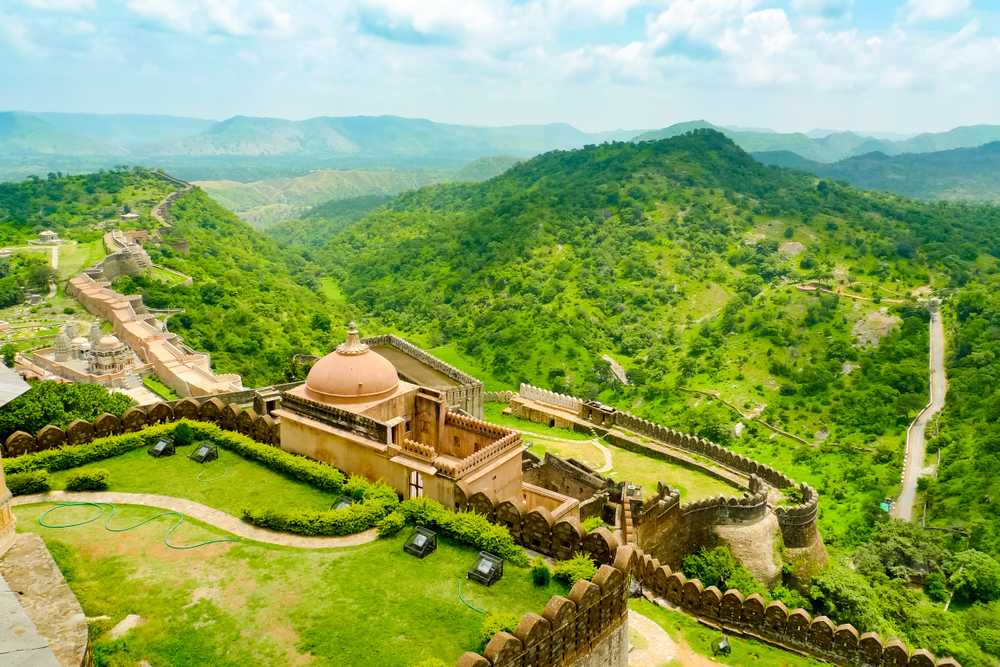 Without a doubt, Kumbhalgarh is a fascinating destination where you will be told and retold many tales from the past. So, take a ride to this historic fort near Udaipur and relax.

Kumbhalgarh is one of the most famous forts near Udaipur, with tourists visiting all year. Every year, the Rajasthan Tourism Department holds a three-day festival inside the fort to honor Maharana Kumbha’s passion for art and architecture. The key attractions of this annual festival are various dance performances, concerts, heritage fort tours, light and sound displays, and other activities.