Linux vs Ubuntu | Which Operating System is Best for You? 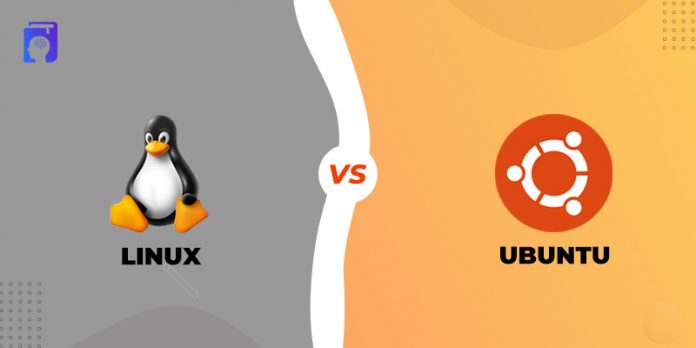 Finding it hard to decide between Linux vs Ubuntu? Let’s help your cause.

Technology is always evolving. It should be because things change rapidly, as does technology, whether it’s the gadgets or the software that controls the gadgets.

There are many more operating systems (OS) other than Mac, Windows, and Android. Even not-so-popular OSs like Ubuntu and Linux have takers aplenty. Both of these programs are well-known in the technology world and are also available for free.

Are Linux and Ubuntu the same? Well, their features might overlap, they are two different OS. Ubuntu is a Linux distribution, whereas Linux is a single operating system. Ubuntu is a desktop-based OS that is safe and does not require anti-virus software. Let’s have a closer look at Linux and Ubuntu before moving into Linux vs Ubuntu.

Difference Between Linux and Ubuntu

Well, Linux Operating System is one of the most widely used operating systems on the planet. When Linux was first announced in 1991, it had a similar impact on the public and most individuals were thrilled. The OS was designed to provide users with a free open-source system that could be used for a variety of purposes. Because Linux came out before Ubuntu, it was difficult for it to get into an industry dominated by Microsoft. Although Linux was not as well-known as Microsoft, it was created in such a way that it became a direct rival.

Linux is a general term for Unix-like operating systems. Linux can be loaded on almost all gadgets, even on a smartphone. Video game systems, computers, servers, tablets, and embedded devices all utilize Linux. At the time, Linux was a popular OS.

Linux was in vogue, and it drew even more recognition following the debut of its Ubuntu version. Linux is the most extensively supported operating system in the market and runs on almost all systems. Linux has also grown in prominence as a result of its user-friendly layout, which makes it simple to use. This was a crucial factor in Linux’s ability to keep its consumers pleased. Linux, too, offers free services and is available in a customized version.

This signifies that it can work with a number of different hardware.

It secures data in three ways:

Linux is available in a free mode and is accessible for community-based dev. Projects.

It includes its own software library where users may install and run a variety of programs.

What is Ubuntu Operating System?

Ubuntu is a member of the Linux OS family. Canonical Company Limited created it, and it’s available for free for personal and professional use. Ubuntu PC was the first version to be released. Later variants were designed for Server and Core, which are utilized in IoT and Robotics.

Starting with the Linux kernel version 5.4 and GNOME 3.28, Ubuntu provides lots of types of software that cover everything, including:

Ubuntu has a program called LibreOffice that allows us to generate office files, worksheets, and presentations. LibreOffice is an open concept suite that is MSOffice compatible. That means we can simply and rapidly open and alter files like Word docs, PowerPoint presentations, and Excel sheets, as well as exchange them with others. Google Docs may also be accessed from the computer.

There are a variety of games in Ubuntu, ranging from Sudoku to first-person shooters, that will keep you occupied for hours. Thousands of games are available, notably those from the Unity and Steam ecosystems. One can select from critically renowned games, such as Dota 2 and Counter-strike: Global offensive.

Security measures in the Windows platform are quite conflicting. Most of the same businesses that produce Windows operating systems also profit handsomely from hogging products that protect Windows apps against security flaws. Even without the inclusion of any overpriced antivirus scanners, Ubuntu is as safe as it requires it to be for most individuals, despite the fact that it is not malware-free.

Hardware auto-configuration is just another characteristic of Ubuntu. The majority of device drivers come already pre-installed. Anyone who has installed a standard version of Windows knows how time-consuming it is to search for drivers after the OS has been installed.

Virtual desktops are like split web surfing. We don’t realize how useful they are until we use them. There are a variety of 3rd party applications for accomplishing the same function on Windows, but only a handful of them work well with Vista and above.

Ubuntu vs Linux: Key Points to be Remember

By now, you know what Linux and Ubuntu are. It’s time to focus on Linux vs Ubuntu.

Let’s analyze both their differences categorically through a table

Well, that was our take on Linux vs Ubuntu. Both are highly beneficial and may prove to be a direct rival to Microsoft and MAC. Linux made a wise move by providing Ubuntu to the general public, as it proved to be a tremendous success for the firm. For more such comparisons, watch this space. We are committed to keeping you in the know.