Linux vs Windows | Which Operating System is Best for You? 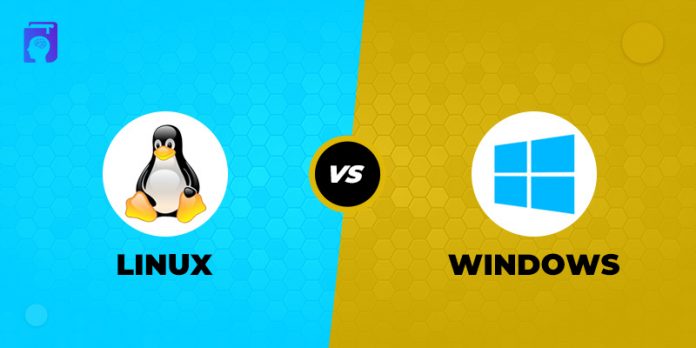 So, you are hard-pressed to find Linux vs Windows. Well, to understand how they differ, you need to understand what an operating system is.

What is an Operating System?

An operating system (OS) can be defined as a software program that controls and runs all computing devices out there. This includes computers, tablets, smartphones, web servers, networking towers, smartwatches, and more.

The OS makes it unnecessary for the user to know a coding language, as it serves as a conduit, helping users communicate with the system. Also, the OS oversees the execution of applications and administers the software aspect of a computer, while managing the memory, processor, and device.

Difference between Linux and Windows

Linux vs Windows is a closely contested battle. Both of them are among the leading OSes out there with dedicated user bases. They vary extensively from each other. Therefore, it is impossible to choose which of the two OSes is better. So, in this article, we are not giving a verdict. Instead, we are just evaluating both these OSes on specific criteria. Hopefully, at the end of the article, you will be able to choose the right OS for your individual needs. So, read on to stay informed.

Windows is a commercial licensed operating system with no access to the source code. It is developed for those who have no prior computer programming experience. Plus, the commercial and other corporate clients use it to their advantage.

Windows is adaptable and portable, and it supports a variety of operating systems, symmetric multiprocessors, and customer and server computing. It has predictive scheduling, memory allocation, and inbuilt caches that add to its appeal. Also, it is easy to learn and use.

Windows made it to the scene in 1985 with Windows 1. And, what followed were an array of versions, each building on the previous one. Come 1995, the most popular version, Windows 95 saw the light of the day, which took the user experience to the next level. Microsoft retained the OS’s core architecture even while incorporating new features to suit the changing computing requirements.

The most recent version of Microsoft Windows OS is Windows 10 (1709). Since it is an improved version, it comes with certain updates and upgrades. Windows Shell is the default UI (Graphical). While it employs a mixed kernel, earlier versions depended mostly on the microkernel.

Think of it as a Unix-based OS with free and open-source code. It is important to know that the OS offers a programming and user interface, which is compatible with Unix-based computers as well as a wide range of applications.

A Linux system also includes many independently created features, culminating in the Unix system. It is perfectly compatible across the board and independent from proprietary code.

Although the Linux kernel uses a classical monolithic kernel for performing, its modular feature enables major drivers to automatically accomplish loading and unloading at runtime. Linux is a multiple-user system and safeguards the activities and processes. Messaging queue, semaphore, and shared memory are all techniques that facilitate interprocess communication.

In Linux, an abstract layer controls the multiple file systems, yet the file structure appears to users as a hierarchical specified directory. Device structure and virtualized file systems are also enabled. A page cache that is combined with virtual memory systems is used for accessing the disk storage. The memory management system combines page sharing and copy-on-write to reduce the duplication and overlapping of shared data across various processes. That’s the difference between Linux and Windows.

Features of Linux are:

Linux is regularly updated and has different versions of upgrades to cater to the user’s unique requirements. Some of the versions of Linux include MX Linux, Linux Mint, Manjaro, Ubuntu, Debian, and Solus.

With all said and done, let’s compare both OS against each other on a few key parameters. The idea is to help you know the difference between Windows and Linux.

In this article, we shared with you an in-depth review of Linux vs Windows. Both Linux and Windows have their own set of pluses and drawbacks. Windows is easy to use, but it is not available for free. On the other hand, Linux is cost-free but it can be challenging for non-programmers. Linux is a more trustworthy OS than Windows. On that count, Linux is better than Windows.