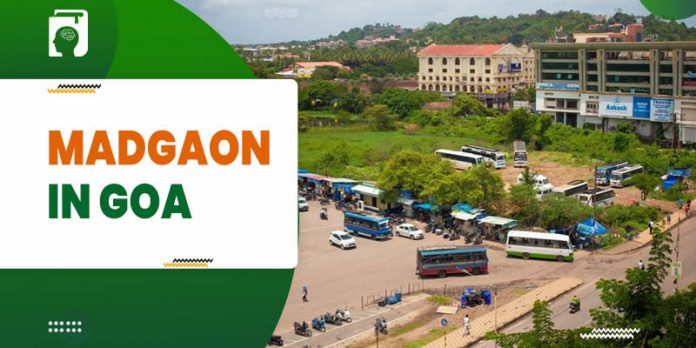 Goa, home to a rich heritage and beautiful landscapes, is a perfect destination for families, couples, friends, and everyone else. It fills people with great experience and exaltation. The beauty of Goa mesmerizes tourists every year and never fails to give people their best time.

The state offers some astonishingly beautiful views, beaches, lakes, forts, and whatnot! When in Goa, one can never feel exhausted with options to explore, travel, and meet nature in close proximity.

Among its many must-see places is Madgaon, the sacred land of Goa.

Goa’s oldest and second-largest city is Madgaon. Salcete Taluka, which receives its name from the Sal River, has Madgaon as its capital. The Sal River, which is now just a sludge bed, was once a bustling commercial hub, giving the city its popularity among travelers and businessmen alike.

Madgaon, also known as Margao, is a religious and economic center in Goa with sacred significance. There are many theories explaining the origin of the city’s name. Some theories claim that the town gets its name from the Sanskrit term “mathagram,” which means “the location of a math.” In Vedic times, math essentially denoted a devotee’s resting place. It is believed that a large number of Vaishnava mathas used to be there in the early days of the city. When the Portuguese colonized the area, the name was changed to Margao, which eventually reformed to be known as Madgaon.

Another idea based on popular history states that the name “Madgaon” comes from the fact that it was once the home of the Mahar caste, hence the name “Mad-gaon” (village of Mahars).

The climate in Madgaon is a typical tropical monsoon. The summer season is hot and gets extremely humid at times, but winters are relatively pleasant. Summers last from March to May, with temperatures reaching 36 degrees Celsius (97 degrees Fahrenheit), and winters last from December to February, with temperatures ranging from 15 to 28 degrees Celsius (59 to 82 degrees Fahrenheit).

The monsoon season in Madgaon spans from June to September, with heavy rain and strong gusts. The average annual rainfall is around 2,881 millimeters (113.4 in).

The city is an amalgamation of the various cultural influences it has received due to its bustling commerce since the Portuguese era. With tourism becoming the prime source of livelihood in the region, the language belt of the localities has expanded even further. In Madgaon, which is part of Goa, Konkani is the most widely spoken language, followed by English.

However, a tiny number of people still speak and understand Portuguese. Most of the city’s inhabitants are also comfortable understanding and communicating in Hindi.

In addition, South Goa’s Konkani dialect differs significantly from that of North Goa. Marathi is also well-understood to a large extent in south Goa. A substantial portion also speak and comprehend Kannada.

Madgaon is an attraction for people of all religious backgrounds and beliefs. The city is home to the Matsyendranath and Gorakhnath shrines in Rawanfond, which is now a suburb of Madgaon.

Many churches, temples, and monuments around the city are the key tourist attractions, and the less populated beaches give a serene experience to solitude lovers. The Holy Spirit Church is a fine example of Goan architecture and culture, with carved apostles.

The city is home to a variety of temples and churches. Among the many popular temples are the Damodar Temple, Hari Mandir, Maruti Mandir at Davorlim, and the Shiv Temple Mandir in Fatorda, near Nehru Stadium. Madgaon has two mosques, one in the Malahat neighborhood and the other on Monte Hill. In Pajifond, there is also a Jain temple and a Jama’at Khana for the Khoja faith. In Madgaon, there is also a Muslim community of Nizaris.

Places to Visit in Madgaon

Madgaon in Goa is a city worth visiting. The excellent scenery, serene culture, and welcoming nature make it one of the best places in Goa to have a refreshing escape. The numerous sights and attractions are a treat for the town.

Some of the most popular and favorite destinations of travel enthusiasts include the Mercado de Afonso de Albuquerque, also known as “Pimplapedd” or “Pimpalakatta,” the municipal building (Câmara Municipal), the municipal garden named after benefactor Prince Aga Khan, Anna Fonte (natural springs), Holy Spirit Church, grand colonial mansions such as the Seven Gables House, and the chapel.

Pajifond, Aquem, Gogol, Borda, Malahat, Madel, Khareband, Old Market, Navelim, and Comba are some of the town’s suburbs, with Navelim and Comba being the oldest. Behind St. Sebastian’s Church in Aquem, there are the Pandava Caves. If you’re the one visiting Madgaon next, add this to your list and you won’t regret it!

Here is a list of some of the popular and favorite destinations in Madgaon to explore and experience the beauty of real Goa: 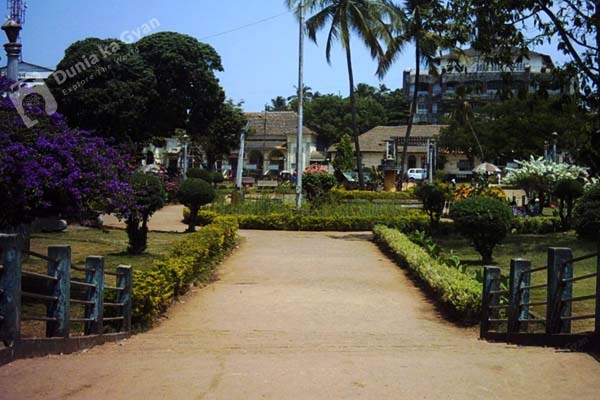 Inside the garden is a foundation raised by Vasco Da Gama in the late 15th century. The Ashoka Pillar that stands there commemorates the 400th anniversary of the first naval voyage from Europe to India. 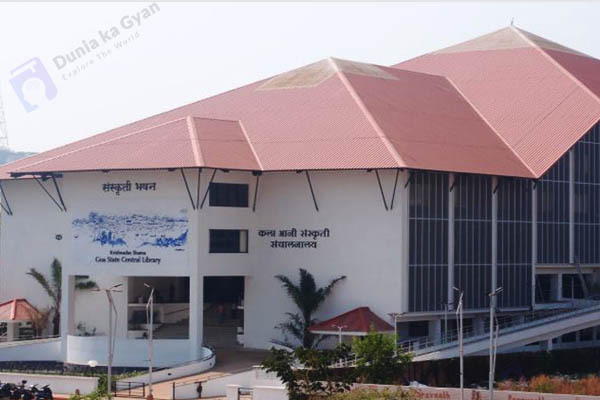 The six-story library, which opened in 1832, is the country’s oldest public library. It is equipped with all modern facilities and cutting-edge technology to make the procedure of renting books and clearing dues easier.

The library has an impressive collection of over a quarter million books.

3. Church of Our Lady of Lourdes 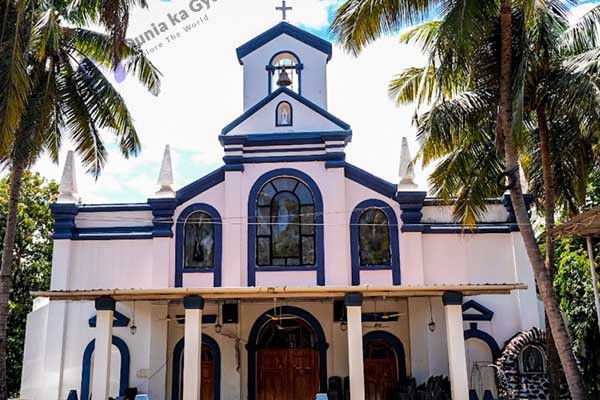 Our Lady of Lourdes Church, Utorda, began as a chapel in 1892. The church is built in Neo-Roman style, with a white exterior and a bell on top. The painted glass incorporated into the architecture adds to the chapel’s tranquility.

The feast of Our Lady of Lourdes, the patron saint of the Utorda church, is celebrated every year on November 14th. 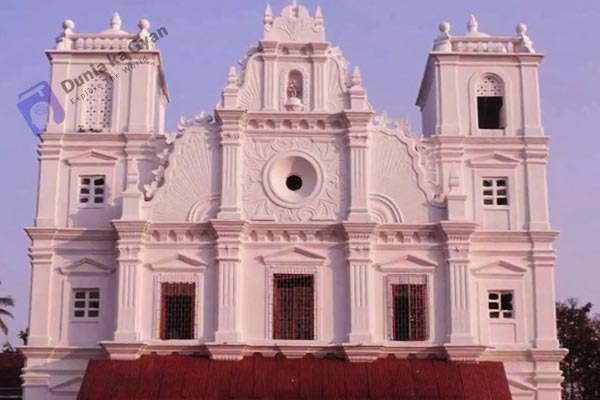 St. John the Baptist Church was originally constructed near the sea but relocated to Monte Benaulim’s top in 1956. The church features one of the best-built and most beautiful altars, complete with a white finish that entices everyone to pay a visit.

The annual feast of Sao Joao is also well-known at the church. Sao Joao, which takes place on June 24th, is an event that rivals the Carnival in terms of entertainment and pomp. It begins with a church Mass, after which the youth get themselves drunk and leap into wells and streams while singing “Viva San Joao.” 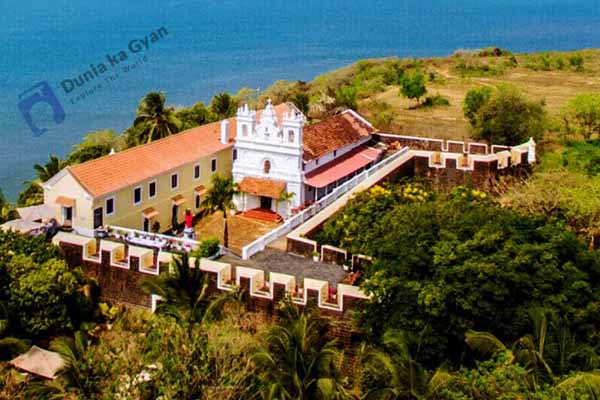 Rachel Fort, located northeast of Madgaon in Salcette, South Goa, is popularly known for wars conducted between the Vijayanagar and Bijapur empires. This magnificent fort, called Rachel Fort, is constructed entirely of laterite stones and has become a prominent tourist attraction in the city. Tourists can only see the original gate of arms, curtain wall sections, and moat, mostly in ruins. 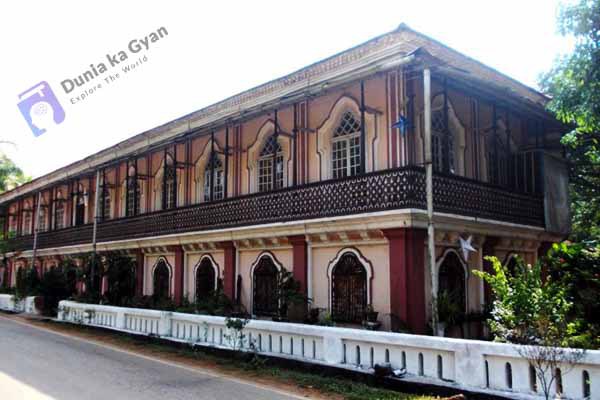 Goa’s Fernandes House, formerly known as Vodlem Ghor, is one of Goa’s oldest palaces. The mansion, which was constructed some 500 years ago, is famous for its historical significance and beautiful architecture.

A member of the Fernandes family presently owns the heritage structure. There are a total of 25 rooms with Hindu and European architectural elements and various historical antiques on display for tourists. 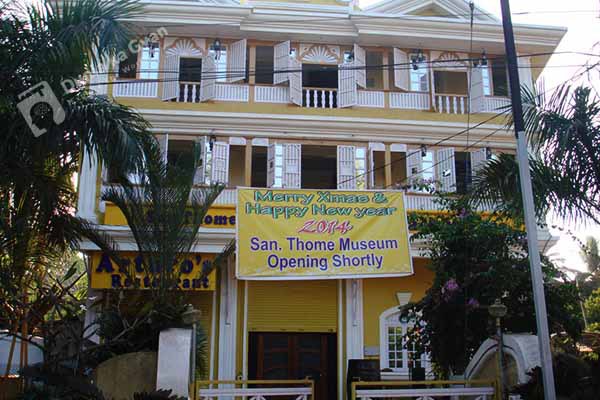 The San Thome Museum in Goa is a treat for the eyes. It is an antiques and technological evolution museum that dates back to Thomas Edison’s period. It was founded to display the evolution of science and technology, beginning with Thomas Alva Edison.

The museum displays every facet of technology used from the 18th century to the present day. The place is of great amusement to those who are into technology or enjoy reflecting on the progress humans have achieved over time. 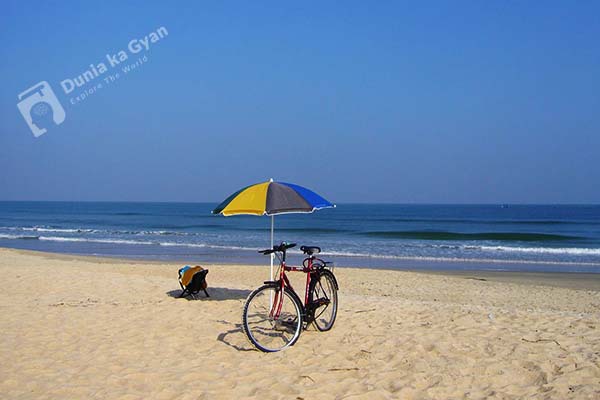 Betalbatim Beach is one of Goa’s quieter and more serene beaches. The attraction of the beach, which is lined with fast-food franchises, local eateries, and spas, is the easy spotting of dolphins. Simply hopping onto a local fisherman’s boat can treat tourists to sightings of playful dolphins.

The northern part of Betalbatim Beach, which stretches for nearly a kilometer, is known as Sunset Beach because of the spectacular sunset views. Because there are fewer tourists on this beach, it is cleaner and calmer, making it a perfect spot for solitude-fanatics and bookworms who wish to be in the lap of nature without any distractions. 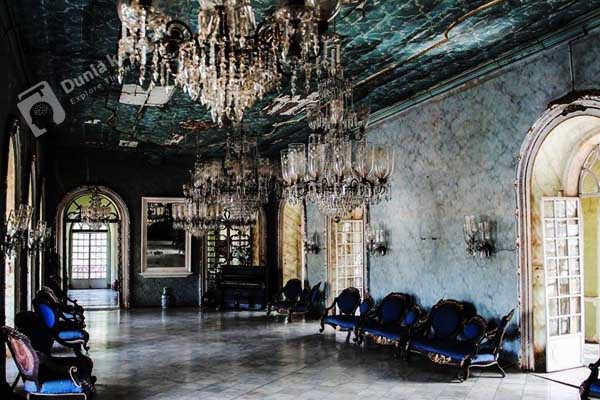 Braganza House is a 17th-century large Portuguese home in Chandor, South Goa, that runs over an entire side of the town square. A Portuguese king handed the Braganza family this land, on which they built a magnificent palace, later inherited by the family’s sisters.

The mansion is a splendid sight to behold, covering about 10,000 square meters. It is filled with exquisite antique teak and rosewood furniture, drapes, and paintings. The ceilings are hand-painted, and the mansion’s west wing houses a magnificent library with a collection of over 5000 books.

Some of the objects in the estate are thought to have been given to the family by Dom Luis, the king of Portugal during the 19th century. In the home’s ballroom, one can see the coat of arms of the last Royal Family of the Portuguese, which was a title bestowed on the family by the monarch. 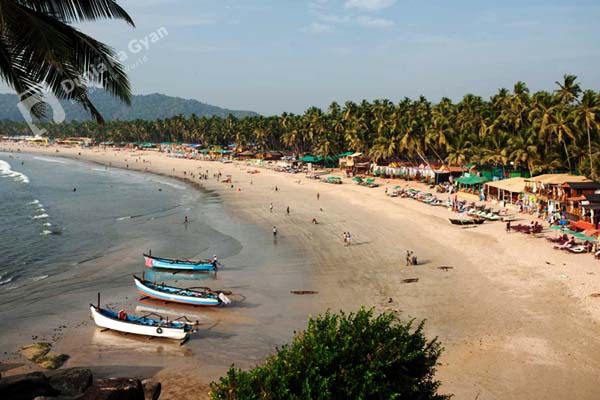 Majorda Beach, a golden sand beach between Utorda and Betalbatim Beach, is South Goa’s most crowded beach. It is also one of South Goa’s most beautiful beaches, with swaying palms and a tranquil azure ocean.

Majorda Beach attracts a massive number of tourists and offers a variety of water sports. On Majorda Beach, one can find streetside vendors selling Goa’s trademark eccentric items for souvenirs.

A plethora of churches dot the geography of Majorda, displaying unadulterated Portuguese architecture. 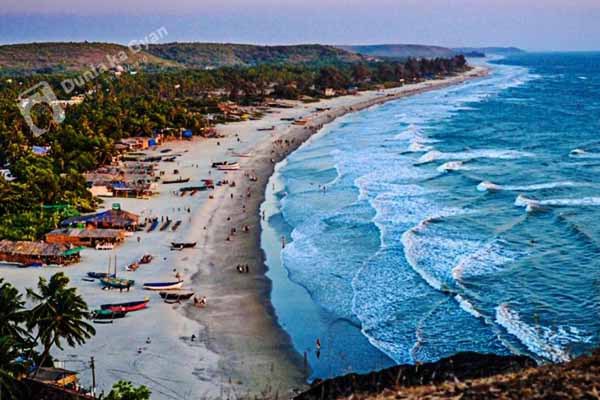 Utorda Beach is one of South Goa’s peaceful beaches. Though the beach doesn’t experience a hefty tourist rush even during high season, its silky white sands and magnificent palm greenery are worth exploring.

In addition, it provides a variety of water activities, dolphin rides, and fishing trips. A few shacks on the beach also serve a delightful combination of cuisine, culture, and cologne. With local Goan cuisine and seafood, Utorda Beach is the epitome of Goa’s beauty and specialties.

Because the tides in this area are not very powerful, this beach is ideal for swimming, especially for inexperienced ones. While it is not a distant beach, it is not as crowded as the nearby Majorda beach, giving it a quality time option for a relaxing beach holiday.

Add Madgaon to your next Goa itinerary!

If you are a travel enthusiast or planning a serene holiday with family, consider Madgaon!

Madgaon is a history lover’s wonderland with bountiful treasures to explore and reminisce about. The churches, beaches, and forts all capture the essence of Goa in every way.

Be it to relish a relaxing staycation or live over time amidst the exotic nature and history, Madgaon is a destination that serves everyone, only to return for more.