10 Best Neurosurgeons in the World 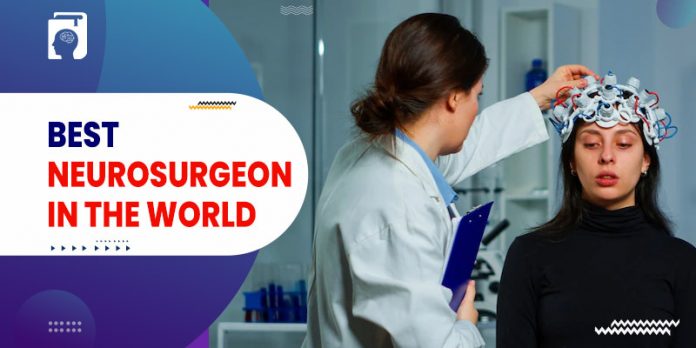 Neurosurgeons are highly skilled medical doctors who specialize in the diagnosis and treatment of disorders of the central nervous system. However, not all neurosurgeons are the same. Some people have more knowledge and experience than others. Duniya Ka Gyan honors such neurosurgeons by compiling a thorough list of the world’s best neurosurgeons. Continue reading to learn more.

10 Best Neurosurgeons in the World

Dr. Gregory pursued his M.D. at the University of Pennsylvania and finished in 1975. He was a trainee resident at the John Hopkins University School of Medicine in the Department of Neurology from 1980 to 1983. Also, he was a resident trainee at Yale-New Haven Hospital for Internal Medicine in 1977.

Co-Director of the Epilepsy Research Laboratory at John Hopkins, Dr. Gregory Bergey focuses on the diagnosis and treatment of epileptic seizures in both adults and adolescents. He is also currently researching computer-simulated neural networks that focus on providing insight into mechanisms of seizure activity to help understand epileptic seizures and develop better ways to control them. 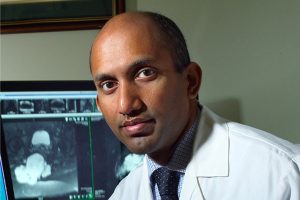 Dr. Chetan graduated from John Hopkins University School of Medicine with a doctorate in medicine and a doctorate in philosophy in 2005. In 2012, he was also a resident in the same university’s Neurological Surgery department.

Meningiomas, gliomas, brain, skull-base, and pituitary tumors, as well as spinal cord tumors, are among Dr. Bettegowda’s specialties. Stereotactic radiosurgery, trigeminal neuralgia, and von Hippel-Lindau syndrome are among his other specialties (VHL). As a result, he is considered one of the best neurosurgeons in the world.

Adults with benign and malignant brain tumors, such as glioma, meningioma, and pituitary tumors, are treated by Dr. Bettegowda. He also does stereotactic radiosurgery and open procedures, as well as treating neurological conditions such as spinal tumors, trigeminal neuralgia, and skull-base tumors.

Dr. Bydon pursued his Doctorate in Medicine from the University of Michigan in 1999 and was a resident in the Neurosurgery department of Henry Ford Hospital in 2006.

Dr. Bydon has written about 140 manuscripts and book chapters with other fellow researchers or his students. He is the director of the Spinal Outcomes Laboratory, which supervises projects related to patients with cervical myelopathy and radiculopathy, ossified posterior longitudinal ligament, minimally invasive discectomy, and lumbar fusion techniques, and degenerative scoliosis.

Dr. Rafael Llinas finished his M.D. from the New York School of Medicine in 1994 and was a resident at Brigham and Women’s Hospital, as a resident in 1998. Since then, he has consistently evolved into one of the top neurosurgeons in the world.

Dr. Llinas’ area of expertise is stroke and cerebrovascular disease treatment. He uses neurovascular imaging to treat patients who have had strokes or migraine headaches. His principal research interests include stroke diffusion-perfusion imaging and intravenous and intra-arterial thrombolysis. He also studies the education of physicians and nurses in the detection and treatment of strokes.

Dr. Ellen is also credited with exploring the health-related quality of life in persons with multiple sclerosis during her fellowship at UCSF.

Her research focused on the epidemiology of multiple sclerosis (MS), as well as its risk and predictive factors. Her most important finding, however, was the discovery of the link between vitamin D levels and the risk of recurrence and brain lesions in MS patients.

Dr. Weingart primarily works on the surgical treatment of brain tumors, both benign and malignant. He also specializes in spinal disorders like cervical and lumbar disc disease, as well as congenital and developmental abnormalities like the tethered spinal cord, spina bifida, and Chiari malformation.

Dr. Oliver pursued his Doctorate in Philosophy from an Autonomous University in Barcelona and has more than 35 years of experience in the field of Neurosurgery.

Dr. Oliver is a spine neurosurgeon, neuro-oncologist, and pediatric neurosurgeon with more than 45 years of experience. His primary work focuses on skull base surgeries, brain tumor, and spinal surgeries, OCD surgeries, as well as transnasal endoscopic surgeries. Currently, he is the co-director of Teknon Medical Center units, which are working on the implementation of robotic technologies as a minimally invasive technique for improving patients’ safety.

Dr. Abla completed his Doctorate in Medicine from the University of Pittsburgh (School of Medicine) and was a Neurosurgical resident at UCSF.

He specializes in neurosurgery and also treats patients with cerebral and neurological diseases. Dr. Adib Abla is a neurosurgeon affiliated with various reputed medical institutes in San Francisco, California, primarily the UCSF Medical Center. He has been in practice for more than 15 years and primarily works on meninges, vertebral column surgeries, and cerebral vascular surgeries.

Dr. Gullan pursued a Bachelor in Science from the Medical College of St. Bartholomew’s. He graduated in 1978 and did his Neurosurgical training at the University of Cambridge in 1988. Later, he went on to emerge as one of the top neurosurgeons in the world.

Dr. Richard Gullan specializes in treating back and neck spinal injuries, as well as brain and spinal tumors. He is also a specialist in the treatment of Chiari Malformations.

Dr. Richard Gullan is a consultant neurological surgeon in London, UK, who teaches surgical procedures and assists trainees in becoming consultant neurosurgeons. He is currently working in a number of London clinics and hospitals. For the first time, he presented the use of posterior instrumented stabilization for malignant illnesses of the spinal column.

Dr. Buhl did his Doctorate in Medicine in the field of Neurosurgery.

The internationally acclaimed neurosurgeon mostly treats brain tumors and cancers, epileptic seizures, meningioma, and other disorders of the brain, spine, and peripheral nervous system. In his 20+ years of working, he has performed more than 4,000 successful neurosurgeries.

Dr. Ralf also performs computer-aided navigation microsurgeries and is an expert in craniotomy, micro neurosurgery, and endoscopic neurosurgery. His research focuses on surgical treatment of brain metastases and intracranial cavernous treatment. His credentials make him one of the world’s top neurosurgeons.

Dr. Mortini specializes in curing Glioblastoma, Brain Cancer, Medulloblastoma, and Arnold Chiari Syndrome. He is a specialist in neurosurgery as well as ENT surgery. In fact, he has successfully performed approximately 7000+ complex neurological surgeries for various skull base, brain, and spine tumors, as well as cerebrovascular disorders. His research focuses on the clinical study of neuro-oncology and multimodal treatment of complex skull base and central nervous system tumors.