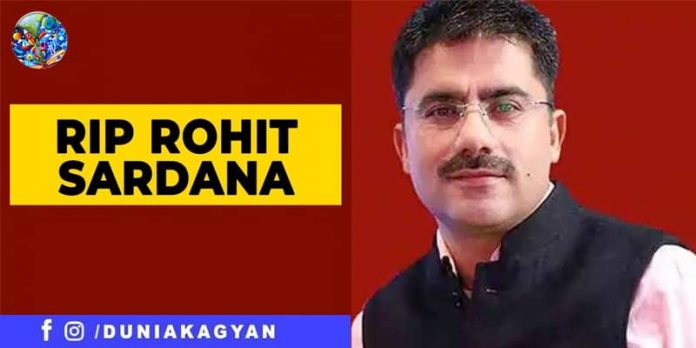 Senior journalist and anchor Rohit Sardana passed away on Friday (April 30) following a cardiac arrest. He was 41years old and had tested positive for Covid a few days ago and he was said to be recovering. Sardana was admitted to a Noida hospital after his health deteriorated on Friday morning. Zee News Editor-Chief Sudhir Chaudhary informed through his tweet about his untimely demise.

The shocking demise of Sardana has left the media world and his huge fan following in an utter state of shock. He was the journalist who always stood up for fair and advocated unbiased reporting. Presently, he was working with Aaj Tak, a Hindi news channel. His death will be a huge loss for the world of journalism.