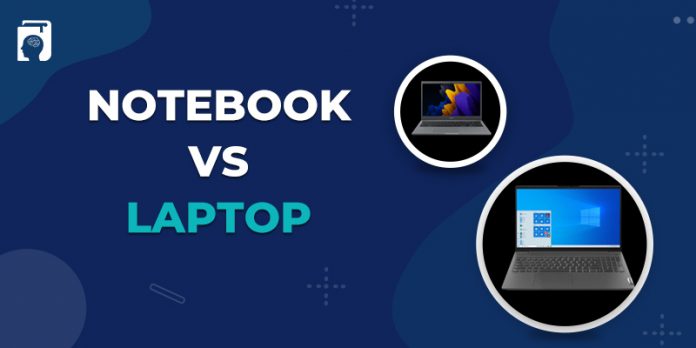 What about notebook vs laptop? How do they fare against each other on prominent yardsticks? Let’s take a look at each of them to know which option would suit you the best.

Difference Between Laptop and Notebook

With headways in technology, customers have been introduced to a rising series of innovative products and technologies. This cleared the way for the introduction of lighter, powerful, affordable, and portable computing devices. As a result, laptops and notebooks were created. But what about Notebook vs Laptop? How do they fare against each other on prominent yardsticks? Let’s take a look at each of them.

What is a Laptop? 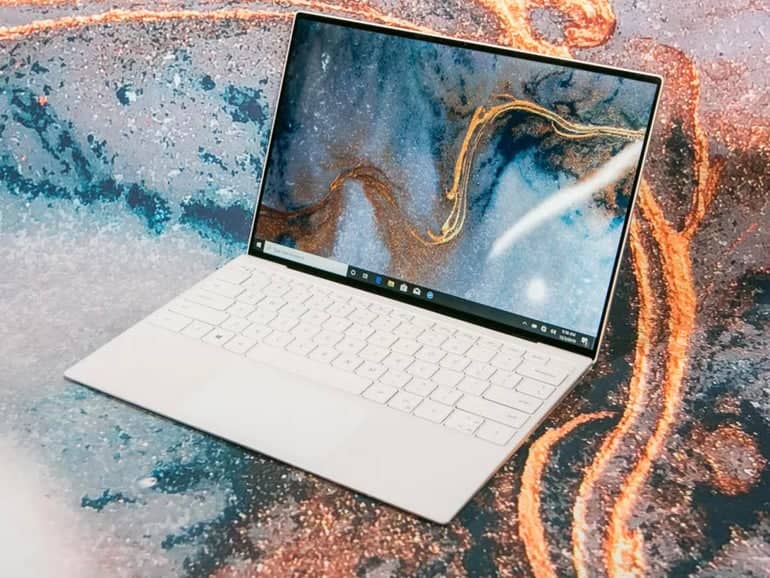 Laptops are small, light, and portable computing devices used as an alternative to desktop computers. They weigh between 2 to 4 kg and have nearly the same processing capability as desktop computers. When it comes to Laptop vs notebook, it is somewhat larger and heavier than notebooks, and the display resolution varies from version to version.

Laptops were first promoted as “Business” devices, capable of running a spreadsheet, showing presentations while traveling, and commercial software programs in the same way as desktop computers did. With time, laptops grew powerful enough to act like a pc, thanks to enhanced hardware capabilities.

Laptops were designed with portability in mind. Gradually, the sales boosted and these devices gained mainstream acceptance. However, the increased usage of smartphones and tabs has diminished the necessity for a computer, as well as the requirement of a big and heavy laptop. Still, they have takers aplenty across the globe.

Advantages of a Laptop

The laptops have the following advantages which you cannot ignore.

The Laptops have the following disadvantages

Here are the top brands of laptop makers which dominate the market.

Top 5 laptop in the Market

The following are the top 5 trending laptops in the market

What is a Notebook? 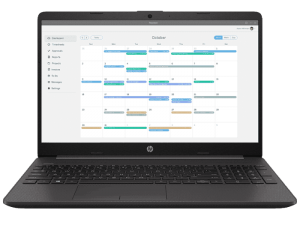 These are notebook-sized personal computers, and hence, the name. They are extremely lightweight and portable, which makes them convenient to take along anywhere. Speaking of notebook vs laptop, notebooks have fewer hardware features than laptops, and their processing capacity is also lower than a desktop computer or a laptop.

Notebooks were promoted primarily for “personal” duties including email, blogging, amusement, and document management. The weight and size of the batteries became the most significant difference between laptop and notebook, with laptops offering 3-4 times the battery life of notebooks but also weighing 4-5 kilograms heavier.

As broadband Wi-Fi and streaming services like Netflix and Youtube became common, notebooks began to have high-resolution displays, and the necessity for DVD drives faded.

The advantages of using a notebook can be highlighted as follows.

The notebooks have the following disadvantages.

The following notebook makers are as follows.

The following are the top notebooks’ brands.

Which one to choose: laptop or notebook?

Choosing a laptop or notebook should totally be dependent on what type of work you would be performing. We recommend you do thorough research based on your preference, budget, and the type you wish to use.

Now that you know the basics, let’s have a look at what’s the difference between a laptop and a notebook.

The arrival of smartphones and tablets has significantly impacted worldwide sales of laptops and notebooks. They are way more portable than laptops and notebooks, after all. The corporate sector, on the other hand, still considers computers and notebooks to be their finest work companions. Desktop computers have practically vanished from offices due to their lack of portability and their sizes. Both the laptop and the notebook have distinct characteristics that we may employ to suit our needs. So, that was our take on the laptop vs notebook. I Hope, it was helpful.

Share
Facebook
Twitter
WhatsApp
Linkedin
Previous article
Lubuntu vs Xubuntu: Which One is the Best for You?
Next article
What’s the Difference Between Hard Copy and Soft Copy