Patanjali Yogpeeth – Haridwar- Who Was Patanjali? 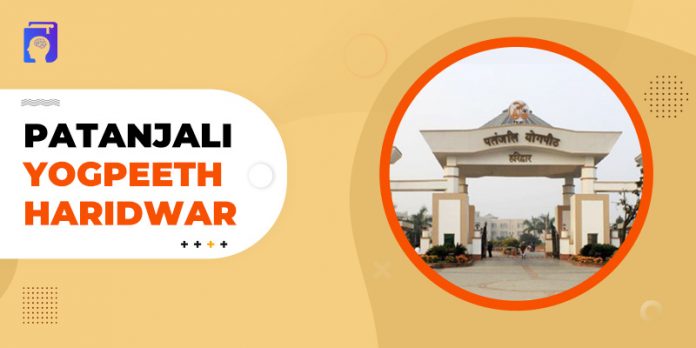 Patanjali means different things to different people. Some relate it to an ancient sage. For others, it’s a brand featuring a University (Patanjali University), research center (Patanjali Yogpeeth), Yoga and Naturopathy centre (Patanjali Yog Gram), school (Patanjali Acharyakulam), consumer goods company (Patanjali Ayurved) and whatnot. Guess what? All these brands are a vision of Baba Ramdev and his collaborator, Acharya Balkrishan. Confused? Don’t be! Here’s your lowdown on all things Patanjali. 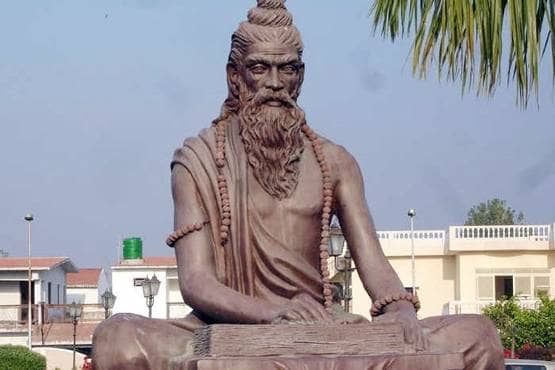 With 196 sutras, the Yoga Sutra has four parts to it, namely:

Samadhi Pada: The treatise starts with Samadhi Pada, discussing what yoga is and why does it matter. It also elaborates on various approaches to Yoga.

Sadhna Pada: It takes you through some hands-on approaches to achieve the objective of Yoga. Plus, you are introduced to Ashtanga yoga, the 8 parts of yoga.

Vibhuti Pada: The third chapter is all about the outcomes that manifest when you thoroughly practice yoga over a given period.

Kaivalya Pada: The final leg of the treatise deals with ways to eliminate worldly consciousness. The concepts of Dharana, Dhyana and Samadhi are discussed.

Besides the Yoga Sutra, the sage is credited with some other significant works, such as:

Mahabhasya: A commentary on Astadhyayi, it explores Sanskrit language and its syntax, structure and morphology in detail.

Patanjali Tantra: It’s a treatise on the best practices in medicine, covering all major and minor conditions prevalent back in the day.

Caraka Varttika: It offers a detailed explanation on Charaka Samhita, which is perhaps the biggest work on traditional Indian medicine.

The recorded history does not have much to tell about Maharishi Patanjali. As such, there’s no consensus on his existence, times, and works. For some, Patanjali wasn’t a person but an institution. Some also state the plurality of Patanjali, meaning there were different Patanjalies at different points in time. The works we attribute to Patanjali were rather accomplished by different people bearing the same name. Also, the time of his existence is disputed with some believing it to be 500 BCE and for others, its 200 BCE.

When history fails to provide us with conclusive evidence, legends kick in. The same happened in this case. Legend has it that Lord Vishnu, acting upon the request of rishis and munis, ordered the Adishésha, who connotes awareness, to incarnate as Maharishi Patanjali. The sage promoted physical and mental health through yoga and ayurveda to an audience of over a thousand learners. Another legend suggests that the incarnate fell from heaven directly into the lap of Anjali, and hence, the name, Pat + Anjali.

Yoga and ayurveda are gaining traction of late. People across age groups, geographies and cultures rely on them for optimal health and relief and recovery from minor and major conditions. The combination is effective in managing existing conditions, such as diabetics. Patanjali Yogpeeth has been instrumental in normalizing yoga and ayurveda.

Location and about Patanjali Yogpeeth

The institute is a brainchild of Baba Ramdev and his man-friday, Acharya Balkrishan. Think of it as the leading Yoga and Ayurvedic research and clinical institute located at Haridwar on Delhi-Haridwar Highway in Uttarakhand, India. Haridwar is becoming a famous destination for Ayurvedic therapy and healthcare due to Patanjali Yogpeeth.

Presently, Patanjali Haridwar has two campuses. The initial came up in 2006

Patanjali Yogpeeth at a glance:

This first Yogpeeth campus was commissioned on 6 April 2006.

Places to visit near Patanjali Yogpeeth

Being in Haridwar you have a lot of options to visit after your yoga camp at the Patanjali Yogpeeth. Let’s take a look at some of them. 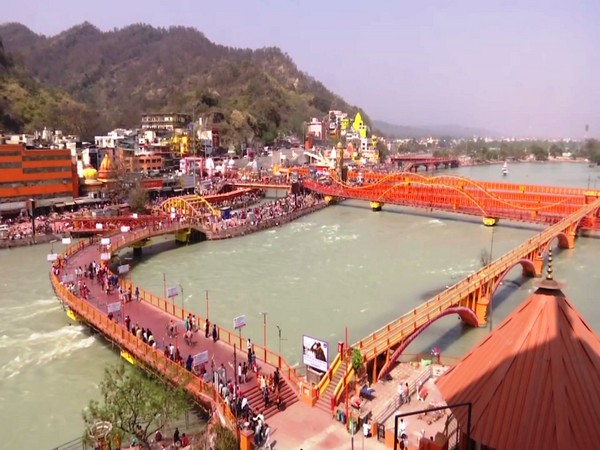 Har Ki Pauri is a notable site and well-known ghat on the Ganga’s banks in Haridwar. Har ki Pauri, a popular pilgrimage site in Haridwar, is thought to be the location where the holy river Ganga emerges from the Himalayas and enters the plain. The Ganga Aarti happens in the Brahmakund zone of Har ki Pauri, a sacred site where the nectar is said to have fallen on the land. Kumbh and Ardh Kumbh, two of Hinduism’s most important fairs, are held at Har ki Pauri. 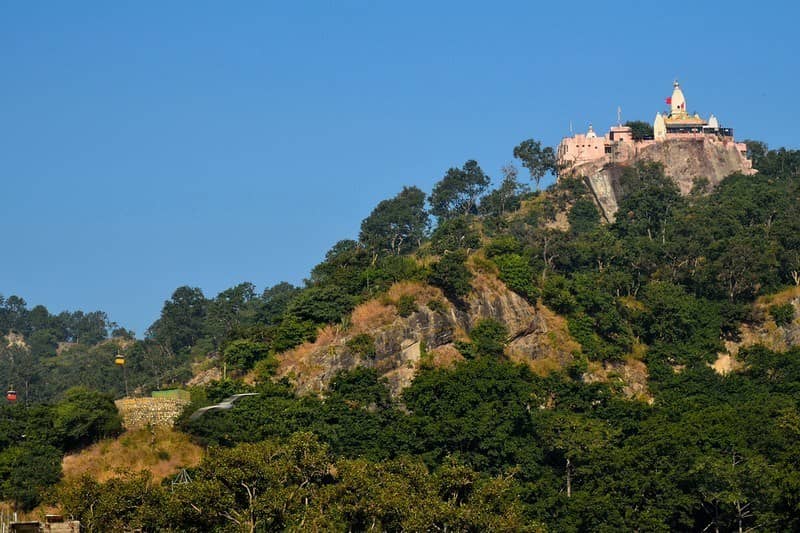 The Mansa Devi Temple, nestled in Bilwa Parvat in Haridwar, is among the most venerated temples dedicated to Goddess Mansa Devi. This temple is a sacred spot where people can worship Goddess Mansa, who is thought to be a kind of Devi and was created by Sage Kashyap. The Mansa Devi temple is a well-known Siddhpeeth that provides incredible views of Haridwar. 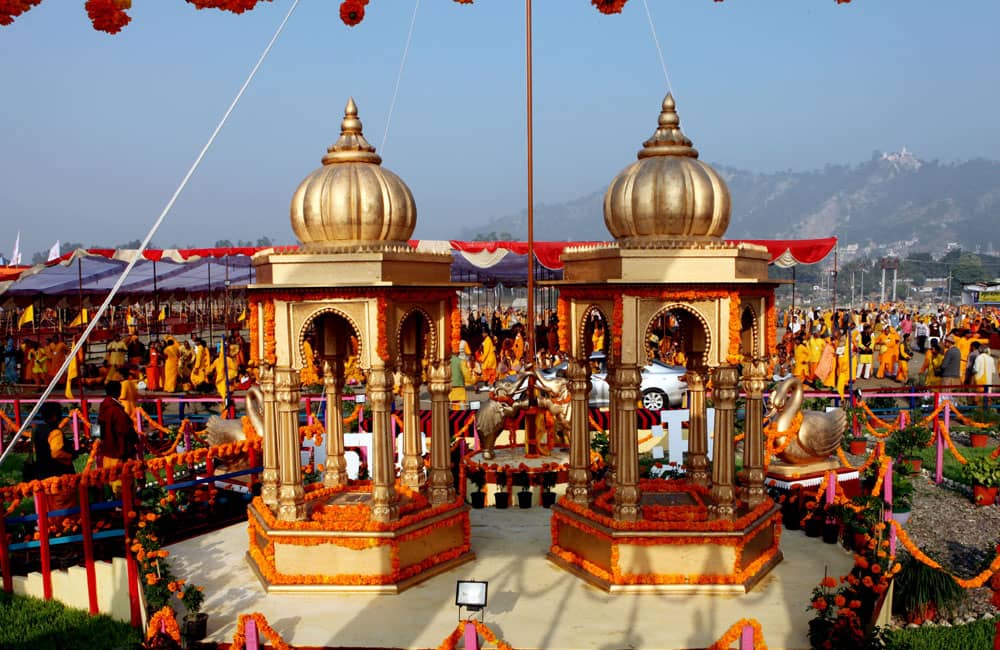 Shantikunj, located near Haridwar, is a globally recognized ashram and the headquarters of the All World Gayatri Pariwar(AWGP). Shantikunj, founded in 1970 by Pandit Sriram Acharya, is a popular destination for spiritual seekers.

Chandi Devi Temple is a sacred shrine in Neel Parvat, near Haridwar, built on a hilltop. Goddess Chandi is the temple’s principal deity and is said to be a Siddh Peeth.

The Daksha Mahadev Temple, also referred to as Daksheshwar Shiva Temple, is located in Haridwar’s Kankhal town. The Daksheshwar Mahadev Temple, a hallowed place of immense devotion and belief amongst Lord Shiva followers, is a popular tourist destination during the Hindu calendar of Saavan. This Shiva shrine is named in honor of King Daksha Prajapati, Sati’s father. 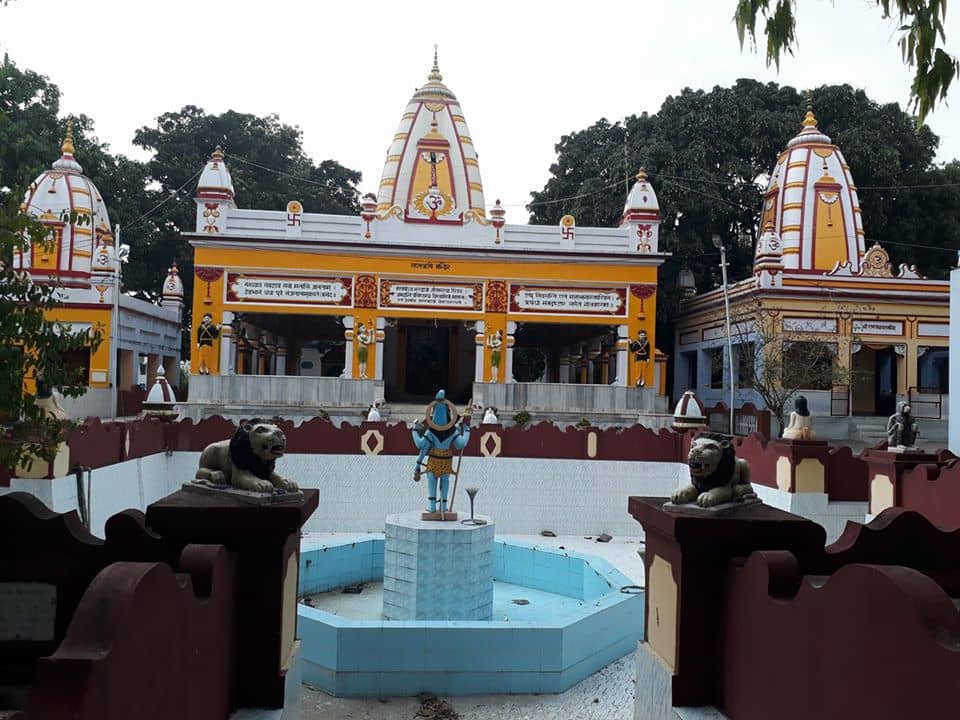 Saptrishi Ashram is a magnificent historic monastery on the banks of the Ganga, 4 kilometers from Haridwar. Saptrishi Ashram, founded in 1943 by Goswami Guru Dutt, is a well-kept facility with numerous accommodations. Within the compound for disadvantaged children, there is a residential dormitory and a Sanskrit institution. The ashram is situated on the banks of the Ganga, at a place where the river divides into seven sapto sarovars(seven streams).

The fauna, vegetation, and flora of Neel Dhara Pakshi Vihar are abundant, making it a haven for ornithologists and hikers. 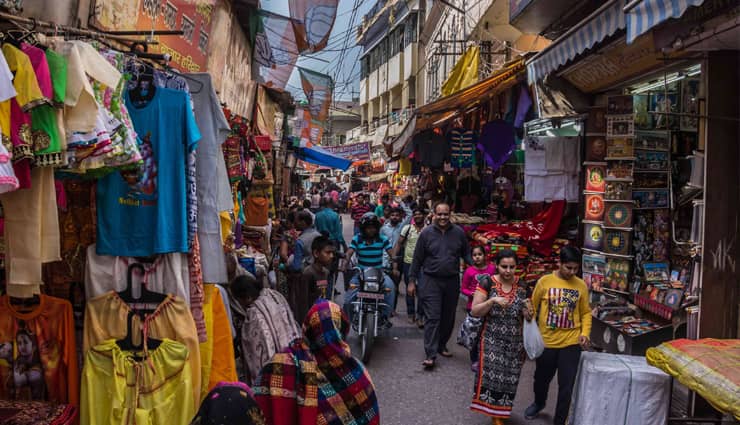 Haridwar’s busy Bara Bazaar marketplace is a popular shopping destination for both locals and visitors. This bustling market is known for selling spiritual relics, as well as decorative and aesthetic objects. As you walk through the lanes, you’ll see a variety of things on exhibit.

Swami Vivekananda Park is among the few parks in Haridwar that is regarded as one of the most lovely and quiet places. The park, which is triangular in design and located on the Ganges river, is surrounded by beautiful greenery and features a huge statue of Swami Vivekananda, whose principles have had a lasting impact on Indian society. The park is known for its massive Lord Shiva sculpture, which can be seen from a long distance.

You can visit Patanjali Yogpeeth in Haridwar via rail, road, and air.

Air– The Jolly Grant Airport of Dehradun is around 35 kilometres away from Haridwar and is connected with flights across metro cities in India.

Rail– Haridwar city has its own railway station. It receives passengers round the clock and round the year from all major city centres across India.

Road– Haridwar has good motorable road connectivity. You can opt for state-run UTC (Uttarakhand Transport Corporation) buses or private buses and cabs to reach Haridwar. The roads are a blessing for a wonderful road trip with your friends and family.

Patanjali Yogpeeth offers camps for its visitors. However, You can opt for hotels and resorts in Haridwar for privacy. Here are some top-rated hotels are given below

Haridwar is a place where you can enjoy cuisines from all across India. Being an important city, food options are amazing and you can binge on some authentic local dishes like baadi, Bhatwani, Bhatt ki churan among many others.

The Yogpeeth can be visited at any time of the year as the temperature is suitable for visitors. However, monsoons should be avoided as heavy rains can disrupt roads and the river overflows often due to cloudbursts. The winters in early January can be very extreme, and thus should be avoided.

The Patanjali Yogpeeth has transformed the study of Yoga and its benefits in human life. The research center continues to strive and develop techniques through which medicinal benefits can be provided to humans. We suggest you go and experience one such camp session at Patanjali Yogpeeth.