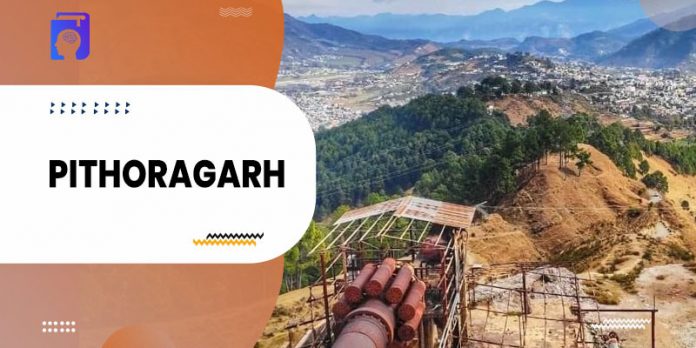 There are some areas with little foot traffic. These less-travelled areas are frequently brimming with profound tranquillity and spiritual beauty. Pithoragarh, in the Indian state of Uttarakhand’s easternmost region, is one such town.

This charming district is the place to visit if you want to see the splendour of India’s Kumaon region. If you’re looking for a less-travelled town with natural beauty for your next weekend getaway, this region should be on your radar.

You might be wondering how you’d plan your trip, how you’d get there, and what you’d see and do in and around Pithoragarh.

Pithoragarh, known as ‘Little Kashmir,’ is recognised for its natural features and calm. On the Tibetan-Nepal border, it is tucked in a small valley at an elevation of 1,646 metres. The hill station is famed for its lush vegetation and deep forests, along with historical and cultural significance. It is also called a heritage site.

The town is located in the “Soar” Valley and is home to the Indian Army base. Kumaoni, English (with Hindi), and English are the three primary dialects spoken in this region.

During the reign of the Chand Kings in Kumaon, the town was a major power centre. The town’s top attractions include Pithoragarh Fort, Kapileshwar Mahadev, Dhwaj Mandir, and the Askot Wildlife Sanctuary.

Pilgrims travel from here to Kailash Mansarovar, a sacred lake. At 7,816 metres, the snow-capped twin peaks of Nanda Devi are also located in this valley. Milam, Namik, and Sundardunga are just a few of the prominent glaciers that lie beneath these massive mountains.

Table 01: Pithoragarh at a Glance

Pithoragarh, Uttarakhand is situated in a valley surrounded by massive ice-laden mountains, which have a direct impact on the Pithoragarh weather.

The summers are pleasant, with clear skies, warm days, and beautiful landscapes to explore. The temperature varies from 27.6 to 15 degrees C. In the summer, Pithoragarh is greeted by the sun, which makes the weather pleasant and welcoming.

Winters are harsh, with snowfall at higher elevations. The temperature falls to -1 ° C before rising to around 14 ° C. Typically, snowfall occurs in January.

District Pithoragarh finds mentioned in the Puranas. Unfortunately, no concrete historical evidence from that time period can be found now. However, it is still known that during the pilgrimage to Kailash Mansarovar, worshippers lodged in Pithoragarh. This was a resting area for worshippers. Some clans existed here during that time period, according to the Vedic texts.

According to historians, when Prithviraj Chauhan extended his dominion, he included the Pithoragarh region and named it “Rai Pithora.” The Rajputs had a rule that they had to keep the name of the place they were occupying.

The Chand dynasty arose in the 16th century and built a beautiful fort here in 1790 to demonstrate their power. Before the British took over the region in 1815, the Gorkhas, known as Gorkhali, conquered and controlled the entire Kumaun-Garhwal region.

Places to Visit in Pithoragarh 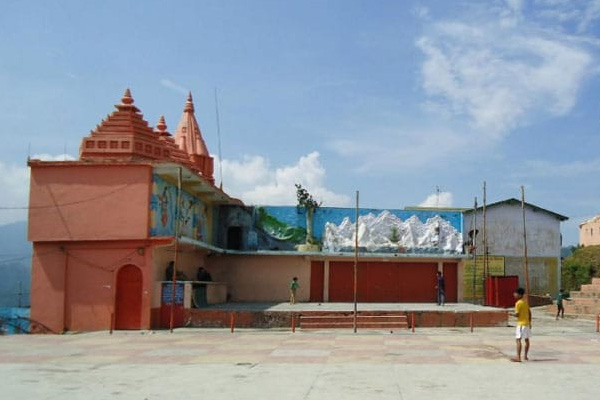 This fort, which is situated on a hilltop on the urban periphery, is one of Pithoragarh’s most popular tourist attractions. The Chand kingdom is supposed to have constructed it, and the Gurkhas later renovated it in the 18th century. Panorama views of the adjacent valleys may be had from the fort. Despite the fact that the main structure is practically in ruins, it still provides a wonderful climb. London Fort is another name for it. 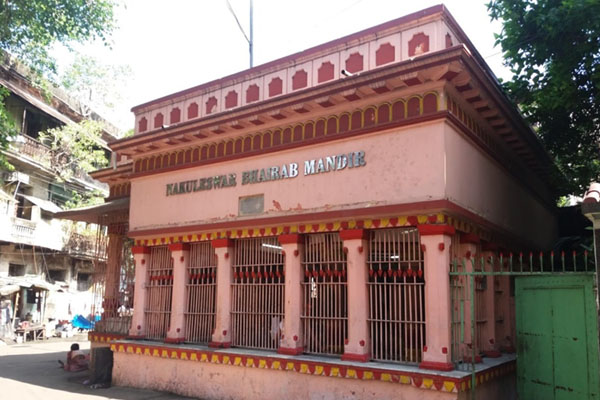 This temple, located 11 kilometres outside of town, has an intriguing backstory. The two Pandavas, Sahadev and Nakula, are said to have built this temple dedicated to Lord Shiva.

The shrine is constructed in the Khajuraho style and contains 38 stone figures of various gods, many of which are rapidly eroding. 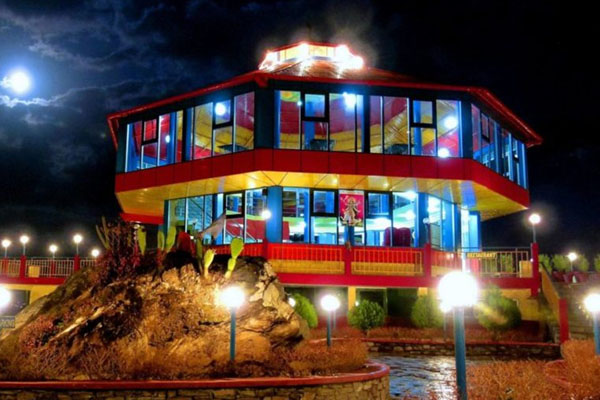 Chandak is a steep hill on the north side of the Soar Valley that offers a little walk. This picturesque site, located 7 kilometres from Pithoragarh, also provides its guests with a dose of adventure in the form of hang gliding.

Aside from that, the Mostamanu Temple is only around 3 kilometres away. During August – September, a fair is held here and this temple receives a large number of tourists during the period. 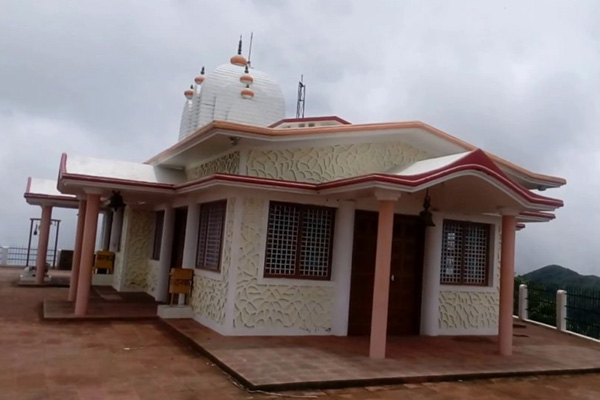 Thal Kedar has the enchantment and spellbinding surroundings of a holy place dedicated to Lord Shiva. This 16-kilometre-from-town temple can only be reached by trekking from Pithoragarh or Nakuleshwar Temple.

During Shivratri, a large number of worshippers flock to Thal Kedar, which is nearly 1950 metres above sea level. 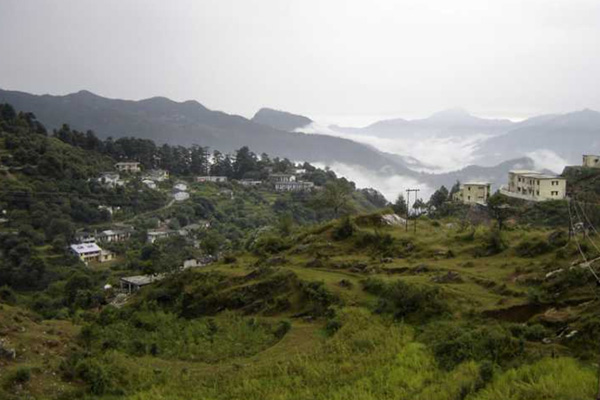 Located about 70 kilometres from Pithoragarh, Gangolihat is a small Himalayan hamlet known for holding the Shakti Peethas of Goddess Kali. It is a tiny town near popular tourist destinations such as Patal Bhuveneshwar, Abbott Mount, and Binsar. Many additional shrines are also located throughout this town and are well-known. It is a sanctuary of true devotion and scenic beauty, perched at an altitude of 1,800 metres above ground in the picturesque Himalayan panorama.

Devotees and visitors alike adore the little, charming town. It’s a fantastic spot for sweeping views of the Himalayan scenery, including peaks like Panchchuli and Kailash. Another prominent attraction in Gangolihat is Patal Bhuvaneshwar, a well-known tourist destination noted for its underground caves. 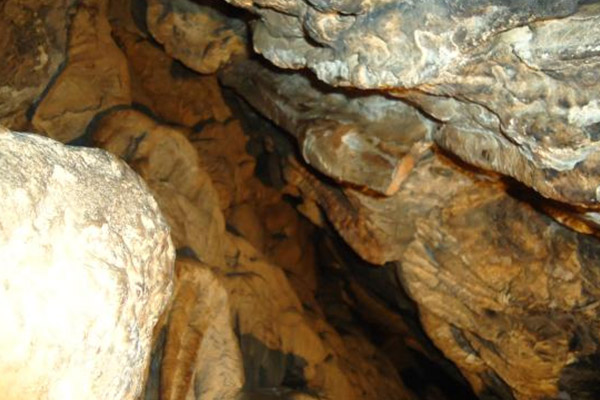 This cave shrine dedicated to Lord Shiva offers spectacular vistas of the Soar Valley as well as wonderful, enchanting views of the huge Himalayan peaks clad in snow.

The cave, located 4 kilometres from Pithoragarh, contains multiple closed passageways leading to the temple. One must travel 10 metres into the cave to venerate the deity enshrined in the compound. Another shrine dedicated to Lord Mahadev is roughly half a kilometre away. 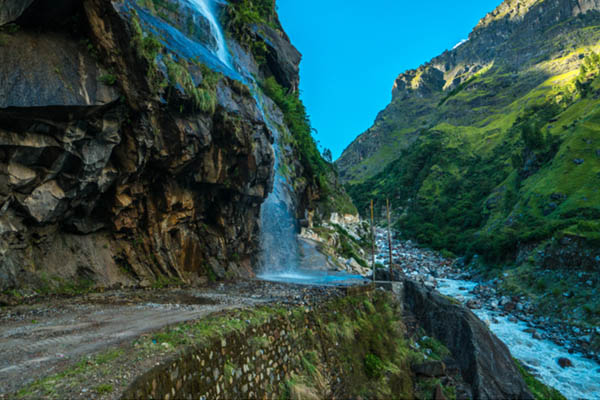 The small town of Askot is located in Uttarakhand’s Pithoragarh district, at an elevation of 1105 metres. The magnificent town, which lies on the border between China and Nepal, is noted for its rhododendron-covered hills, picturesque valleys, flowing streams, and picturesque backdrop. The quirky, hilly village is especially known for its Askot Deer Sanctuary, which is surrounded by the Himalayan peaks.

For both beginners and professionals, the rugged mountains provide ideal trekking conditions. Furthermore, the strange natural landscape attracts a large number of nature lovers as well as photographers who want to capture the beautiful scenery on camera. In brief, the hill town is ideal for a peaceful retreat away from the metropolis in the midst of nature. 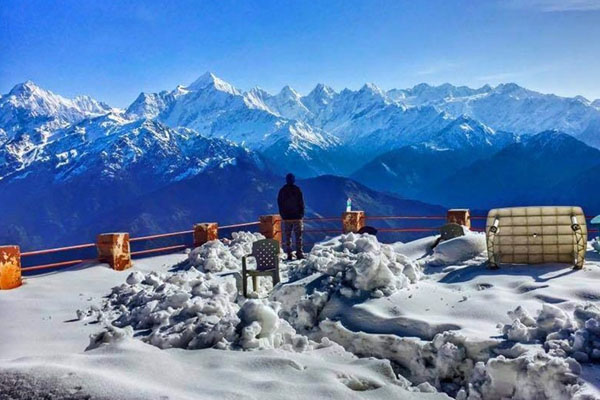 Munsiyari is a quaint village in Uttarakhand’s Pithoragarh district. The charming tiny hill settlement, which sits at an elevation of 2297 metres, is famed for its panoramic views of the snow-capped Himalayan Range as well as some challenging trekking trails.

Munsiyari is the home of three glaciers: the Namik, Ralam, and Milam Glaciers. The picturesque settlement is often seen with the gorgeous backdrop of Panchachuli, Nanda Kot, and Nanda Devi. Munsiyari, also known as the “Entry Point to Johar Valley,” is the beginning of the Johar Valley, which was formerly the ancient trading corridor between Tibet and India.

You can visit Pithoragarh via rail, road, and air.

Pithoragarh has a wide variety of hotels, guest homes, and motels to suit all budgets. Some good options include:

Chopta is a destination where you can sample real Kumaon cuisine as well as Nepali and Tibetan cuisines. The region has various fantastic food alternatives like Jafuli, Dubuk, Bhang ki Chutney, and Bhatt ki Churni, among many more.

Pithoragarh is a great place to visit with your family on your next vacation. The town’s beautiful weather and peacefulness will make you fall in love with it. Pithoragarh Fort has many stories to tell about its illustrious past. Aside from that, the area’s numerous temples are ideal for soul-healing excursions. We hope this has piqued your interest enough to book your next trip to Pithoragarh and film your next reel for your Instagram or Facebook page. Begin your journey to Pithoragarh, where paradise awaits, by packing your belongings and boarding your vehicle.

1. What is the old name of Pithoragarh?

During the reign of the Kumaon Chand rulers, one Piru, also known as Prithvi Gosain, built a fort here and named it Prithvi Garh, which was later renamed Pithoragarh.

2. Does Pithoragarh have snowfall?

Yes, snowfalls in Pithoragarh during the month of January as temperatures drop below freezing and westerlies bring in heavy snowfall from the Himalayas.

3. How can I go to Pithoragarh by bus?

Take a bus from UTC (Uttarakhand Transport Corporation) or any private bus from ISBT Anand Vihar in Delhi to Pithoragarh and the nearby towns of Almora and Champawat. Pithoragarh is about 470 kilometres from Delhi by bus.

Pithoragarh Airport is located in Pithoragarh. It is also referred to as Naini Saini Airport. The airport was built in 1991 for administrative purposes and was designed to accommodate Dornier 228 aeroplanes. Pithoragarh city centre is 4.5 kilometres away. However, it is currently unavailable for civilians.

5. Why is Pithoragarh known as mini Kashmir?

The beauty of the region and the pious scenic views of the valley has Pithoragarh known as the Mini-Kashmir.