10 Best Places to Visit in Maharashtra 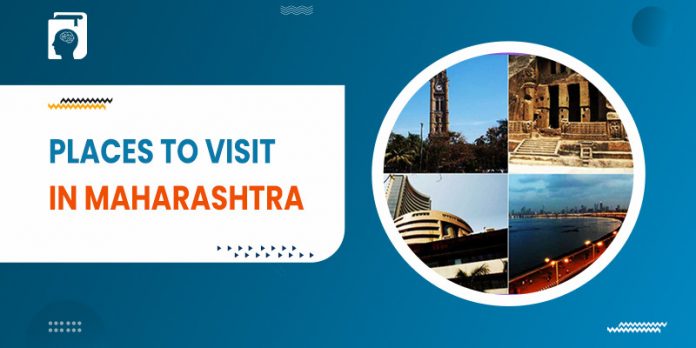 If your wanderlust is overpowering, let’s figure out the best Maharashtra tourist places to visit in 2022.

The term “Maharashtra” is a combination of the Sanskrit words “Maha” and “Rashtra.” The former refers to “great,” while the latter stands for “nation.” That translates to “Great Nation”. Living up to its name, Maharashtra has emerged as a key state in the Indian federation. In terms of population, it is India’s second-largest state. Over 13% of the national income and over 20% of India’s GDP come from this state. When it comes to tourism, it has a strong presence with a multiplicity of Maharashtra tourist places to visit in 2022.

From stunning mountains and long stretches of shoreline to museums, monuments, and forts, Maharashtra has it all and more to keep vacationers awe-struck. With so much to explore, you are spoilt for choices. Let’s narrow down your options with a few of the best recommendations for all your travel goals.

Why is Maharashtra a Tourist Hub?

Maharashtra is a tourist hotspot with a diverse range of attractions. The state is home to approximately 350 forts, many linked to Shivaji. No nature enthusiast can afford to miss out on Sahyadri’s breathtaking landscape. Many of the lovely hills where the British used to spend their summers are now crowded tourist destinations.

It attracts both foreign tourists and residents for short excursions and leisure thanks to some of the biggest cosmopolitan cities like Mumbai and Pune. Maharashtra is also home to several well-known museums that are likely to attract the attention of history lovers. Add to that the magnificent beaches and pilgrimage destinations, and the state caters to all travel goals. 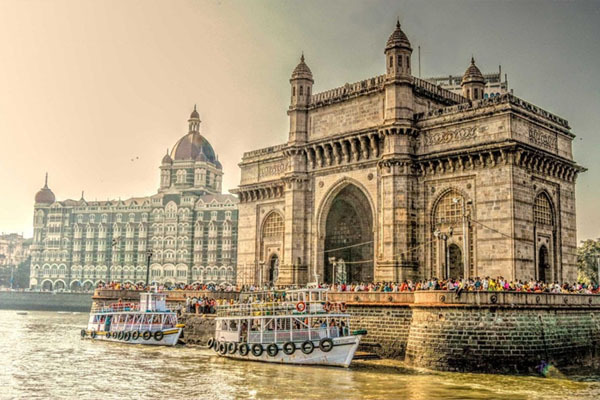 It is, after all, known as the “city of dreams.” It is one of the world’s largest cities, with something for everyone. Mumbai is well-known for its greenery and the shade of palm trees in the midst of vast concrete forests. It is one of the best places to visit in Maharashtra because of its national park, skyscrapers, a UNESCO World Heritage Site railway station, massive flyovers, mesmerising culture, great food, vibrant nightlife, and other attractions.

Think of Mumbai as a place where tradition and modernity merge harmoniously. The Gateway to India is the main tourist attraction here. The Taj Hotel is a well-known landmark located just across from the Gateway of India. Because Mumbai is positioned right next to the Arabian Sea, you have access to multiple beaches, water sports, and cruises. At Marine Drive, a coveted destination within Mumbai, you may sit with your feet in the sea. 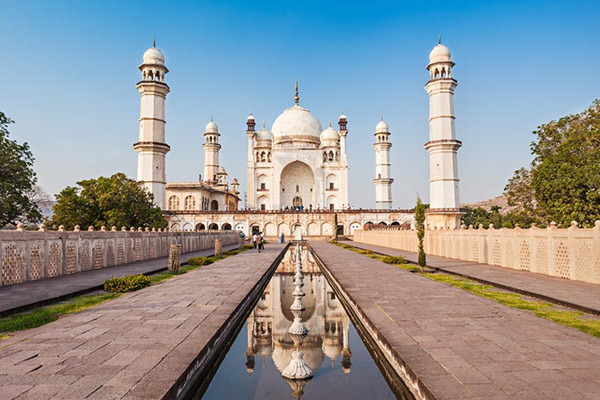 Aurangabad is one of the most popular tourist destinations. Some even call it Maharashtra’s tourism capital. The city of Aurangabad, surrounded by hills, has a unique historical significance. It is one of Asia’s most rapidly rising industrial cities, known for its textile and IT sectors. Aurangabad has several tourist attractions, including dazzling walls, centuries-old towers, buildings, sidewalks, and much more.

Aurangabad is enclosed on all sides by walls and is regarded as one of Maharashtra’s cleanest cities. The city is also known for its handicrafts, which include the Himroo Shawl, Paithani Saree, and Bindi Art. As the “City of Gates,” it features fifty-two massive gates that have been erected throughout the city at different points in time.

Another historical landmark in Aurangabad is the “Bibi-ka-Maqbara,” also referred to as the Taj of the Deccan. It replicates the Taj Mahal of Agra, which speaks to the moniker. 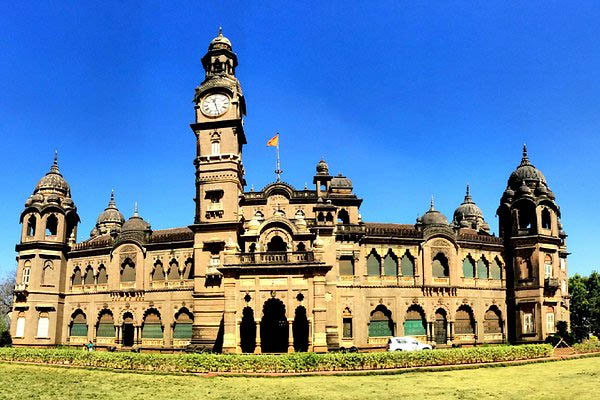 Kolhapur is Maharashtra’s religious pride and home to exquisite temples. They even call it the Kashi of the South, thanks to the multiplicity of temples here. It has an ideal location, nestled on the banks of the Panchganga River in the foothills of the Sahyadri mountain ranges. From the standpoint of Maharashtra tourism, Kolhapur is a significant city.

Kolhapur, popularly known as the City of Oceans and Gardens, is a mediaeval Maratha city with a rich history. It houses the Ambabai (Mahalakshmi) temple, where millions of pilgrims receive blessings every year. You can call it Kolhapur’s crowning glory. The city is also home to spectacular monuments, forts, lakes, and gardens. Its specialities are Kolhapuri Chappal, Jagari, Kolhapur Ras, and cuisine. 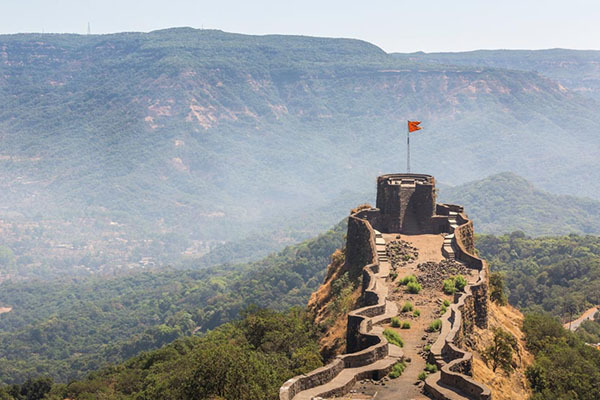 The very mention of Mahabaleshwar conjures up a picture of strawberries. However, the hill station has a lot more to it. Cradled in Maharashtra’s the Western Ghats in the Satara district, it is noted for its numerous rivers, magnificent waterfalls, tranquil lakes, and majestic peaks. It is one of the top Maharashtra tourist places to visit on weekends. 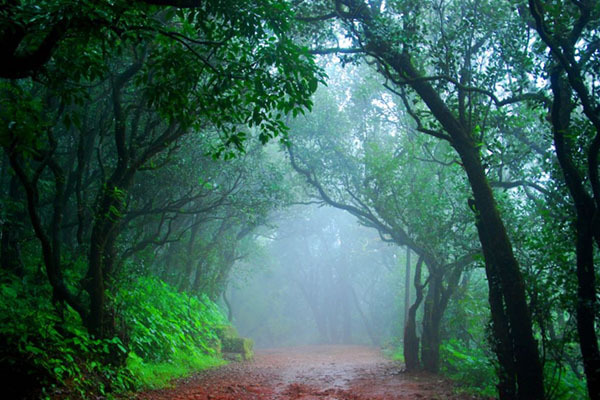 Matheran is a small but lovely Maharashtra tourist destination. Standing at the foot of the mountains, it is a highland station with numerous attractions. The monsoon season is the best time to visit Matheran since there is greenery everywhere. You will come across some stunning white water waterfalls at various locations at this time of the year.

Strange but true, Matheran is not accessible by car. The local administration restricts the entry of cars beyond the Dasturi car point. You might struggle to reach it, but once there, you can feast your eyes on the tranquil ambience and stunning views. According to legend, the hill station safeguards us from the burning sun. 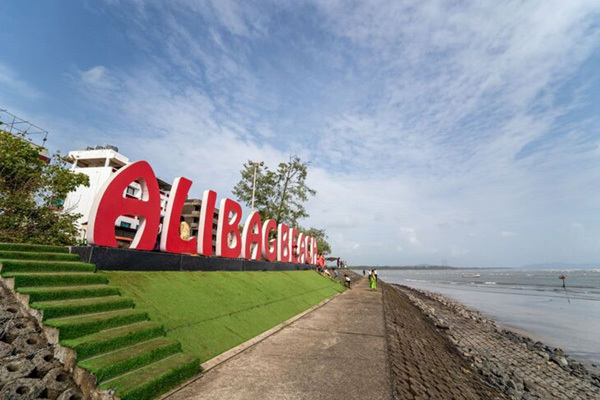 A popular destination for weekend getaways, Alibag is located in Maharashtra’s Konkan area, just 10 kilometres from Mumbai. This sleepy coastal village is also referred to as “Mini-Goa.” Alibaug, a city rich in colonial history, has its share of beautiful beaches, pure air, and several temples and forts. It is bordered on three sides by the ocean, which means multiple beaches here. Of late, Alibaug has emerged as an important trading centre.

Alibaug’s cuisine is based on fish because it is a seaside town. The beaches of Alibaug are ideal for a fun weekend with friends and family, where you can stroll along the shore, play in the water, or watch the sunset over the sea from afar in the evening. 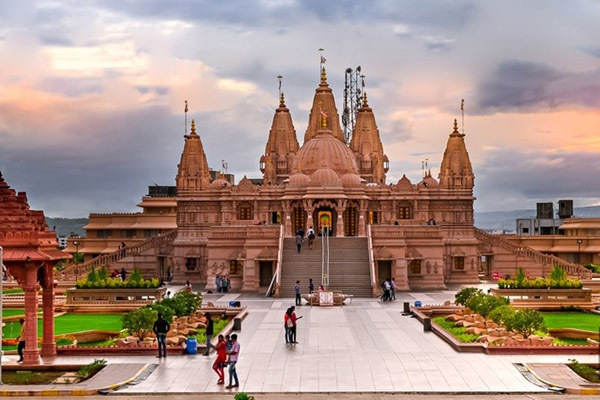 Pune is Maharashtra’s second-largest city and one of the most popular places to visit if you are visiting Maharashtra. The city charms visitors with its mediaeval forts, beautiful beaches, picnic places, and waterfalls. This city is bordered on all sides by the Sahyadri Mountains.

In Pune, you will come across numerous gardens, waterparks, museums, and shopping malls. The city presents the right mix of culture, technology, history, and infrastructure. Pune has decided to follow in the footsteps of Mumbai when it comes to planning and growth. 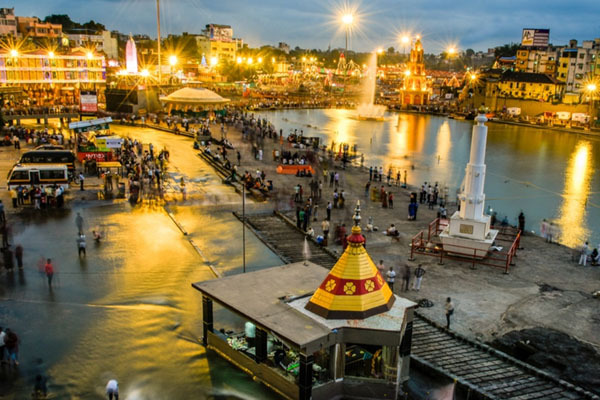 It is perched on the banks of the Godavari River and is home to a plethora of exotic temples. The city is home to the Kumbh Mela, a holy Hindu festival held every 12 years in Nashik. Apart from the Kumbh Mela, Nashik has a plethora of old temples that attract visitors. The Kalaram Temple in Panchavati, where Lord Rama spent some of his most important days, is one of them. According to legend, Lord Lakshmana hacked off the nose of Ravana’s sister Surpanakha during the Ramayana, and thus the city was named Nashik. This region is rich in temples, forts, waterfalls, and vineyards. In recent years, tourists have discovered a lot of fun in the form of wine tourism. Nashik is well-known for its wine production. 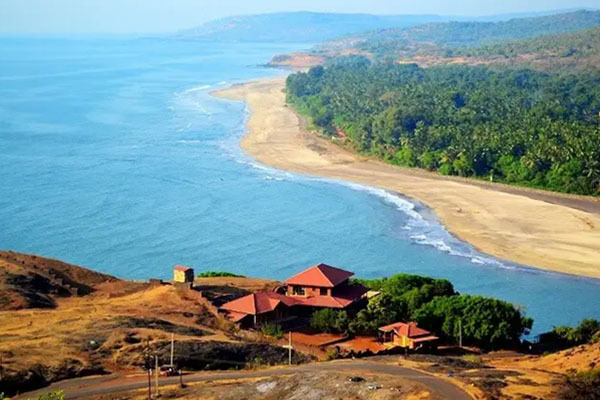 Tourists can enjoy a range of magnificent sites in the Ratnagiri area, which is home to stunning beaches, historical landmarks, and tranquil temples. In Ratnagiri, there are numerous resorts and hotels where travellers can rest, eat, and drink in comfort. The best time to visit is from October to February. 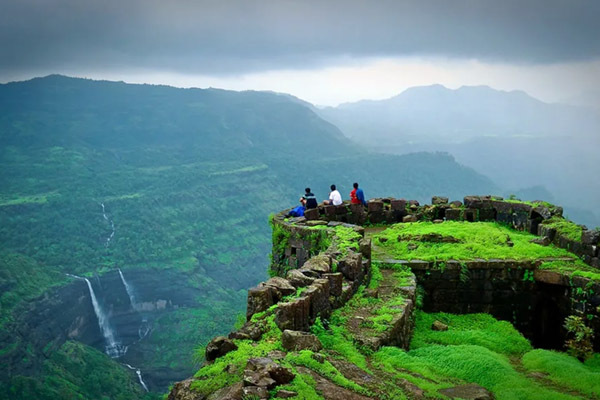 The most suitable hill station is Khandala in Maharashtra. It is located in the Sahyadri foothills. Khandala, which is surrounded by a stunning natural setting, dazzles visitors with its breathtaking vistas of grassy hills, brilliant valleys, lovely lakes, and pleasant waterfalls. Walking in the scenic valleys is a mysterious allure that marks this place for nature lovers and enthusiasts. Khandala is blessed with rich natural beauty, and the best time to see this natural wonder is during the monsoon season when it is at its most beautiful. Everything around you appears dense, green, and fresh, giving you a pleasant mood.

Maharashtra is one of the most important states in India. Tourists will not return to Maharashtra unless they have seen some of the state’s most iconic sights. Its cultural diversity and natural splendour will captivate any type of traveller. Maharashtra is unquestionably a must-see state for visitors and fans seeking a taste of India.

How many days do you need to see all the major attractions of Maharashtra?

Travelling to several destinations in Maharashtra normally takes at least 5 days. Because Maharashtra is such a large state, visiting all of its attractions in a single trip is challenging.

What is the best time to visit Maharashtra?

The best times to visit Maharashtra are during the monsoon and winter, which runs from June to March. It’s also the busiest time of year.

What are some of the must-see attractions in the area?

Is Maharashtra safe for foreigners and women?

Maharashtra is one of India’s safest states, and the people are quite friendly. Domestic and international travellers, as well as single ladies, are very safe when visiting the state.

How To Reach Maharashtra?

If you want to visit Maharashtra, you can go by rail, road, air, or sea to see the state and its tourist attractions. Maharashtra is well connected to major Indian and international locations.