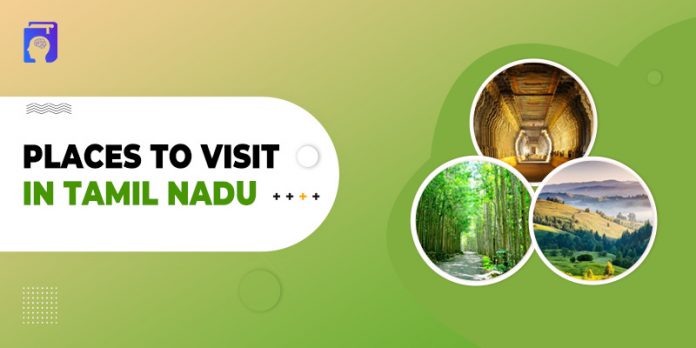 Tamil Nadu is diverse in terms of culture, religion, and beauty. Tamil culture, as an offshoot of Dravidian culture, is characterized by a complex social system and warm hospitality. What distinguishes the state from others in India. It is hard to differentiate between pilgrims and visitors to Tamil Nadu, thanks to an extensive array of holy shrines. Known as Dravidian architectural marvels, these shrines welcome all, be it, theists or atheists. Plus, there’s a multiplicity of the best places to visit in Tamil Nadu to cater to all travel objectives.

Tourism in Tamil Nadu is on overdrive, attracting an influx of travelers year on year. This South Indian state has what it takes to keep visitors awe-struck and entice them into coming back for more. If you are still reluctant, let’s run you through a few compelling reasons to make you think otherwise.

.Let’s walk you through 10 tour places in Tamilnadu. 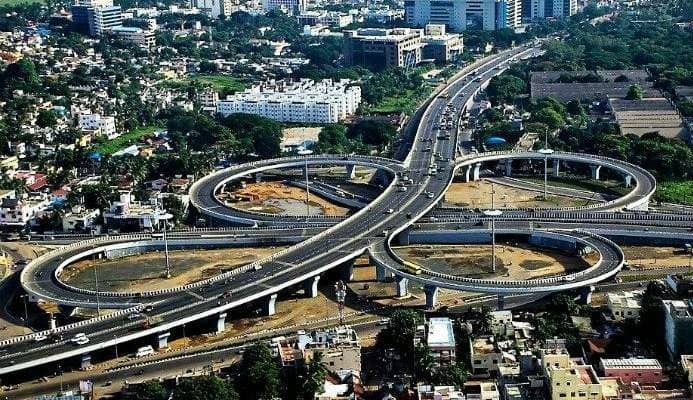 Chennai, formerly Madras, is a metropolitan, nestled on the Coromandel coast. The Tamil word Chennapatnam is the source of the word Chennai. Chennapatnam, near Fort St. George, was founded by the English in 1639. They even call Chennai the Cultural Capital of South India, thanks to the all-pervading Dravidian culture.

In terms of development, the four-thousand-year-old cultural heritage city is not far behind. It has grown into one of India’s most important cities with a sound economy and great infrastructure.

Things to do in Chennai:

There are numerous things to see and do in Chennai, even more on weekends. 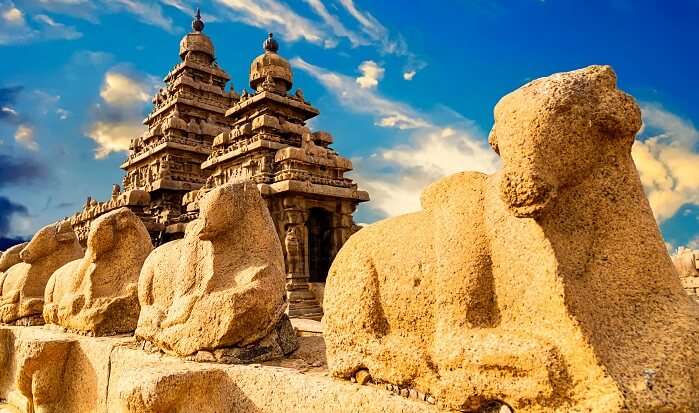 Mahabalipuram is a beautiful city with magnificent, centuries-old stone sculptures and architecture that attract footfall all year round. Erstwhile Kanchipuram, it is one of the state’s oldest port cities, just 60 kilometers south of Chennai. It also has the distinction of being a coastal city with an elevation of 12 m above sea level. The locals also refer to it as Mamallapuram.

Mahabalipuram is also a UNESCO World Heritage Site and the National Archaeological Survey of India has designated some monuments in the list of protected monuments. Mahabalipuram Beach is a famous family vacation spot. 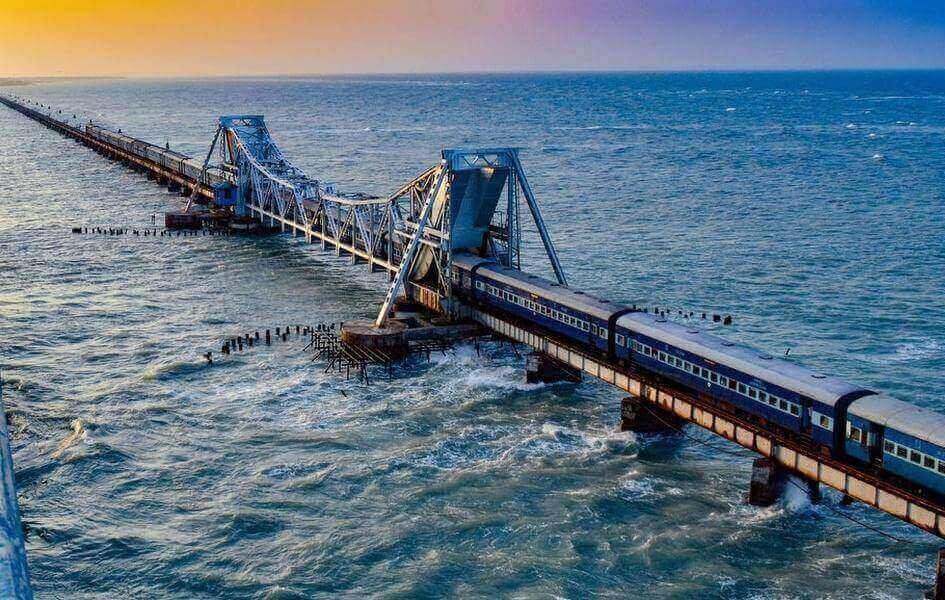 Although there’s a multiplicity of tourist places in Tamilnadu, Kanyakumari has its own charm. The city is situated at the southernmost point of the Indian Ocean, where three oceans meet. It hosts a beach where both the sunrise and sunset are visible. The Thiruvalluvar statue, Kanyakumari temple, and Vivekananda rock are just a few of the area’s attractions.

Kanyakumari Beach also comes across as a major tourist hotspot in the city. Don’t miss it, as it’s one of the most pristine beaches in India where you can bask around, unwind and soak in some sun. 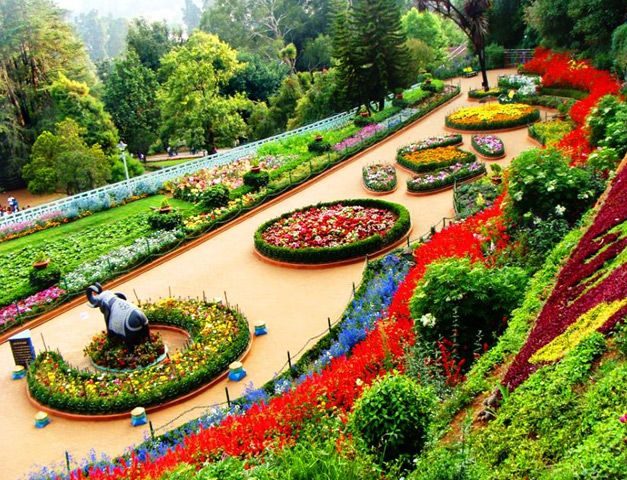 Ooty is one of the two prominent hill stations of Tamil Nadu, offering an indescribable experience of climate and beauty. It is a tourist destination that appeals to the eyes with an array of stunning locales. It is perched amidst the ‘Blue Mountain’, Nilgiris at a height of 2240 m. The name Ooty was given for tourist convenience. Throughout the year, tourists flock to this lovely hill station for sightseeing, health, and wellness.

The colonial culture and architecture may still be observed today across the city. In fact, many assume Ooty to be a village in the United Kingdom. It was given the epithet ‘Queen of the Hills’ by the English, who were enthralled by its beauty. The climate of Ooty is ideal for agricultural development, and vast coffee and tea plantations can now be found there. Today, this is the main source of income for the local community. 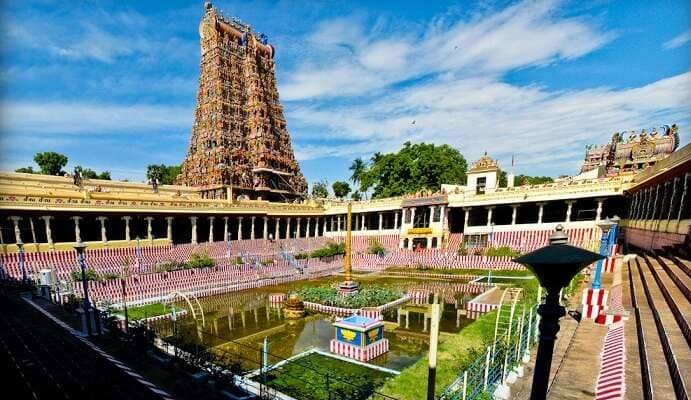 Meet the second-largest city in the state and one of the leading Tamil Nadu tourist places, Madurai. The name ‘Madhura’ or ‘Madurai’ is thought to be derived from the term ‘Madhuram,’ meaning sweetness. They associate the city with Lord Shiva.

You can find it on the banks of the Vaigai River, surrounded on the north by the Sirumalai Hills and on the south by the Nagamalai Hills. Madurai has several monikers to it, including the Athens of the East, the city of festivals, the city of four intersections, and the sleepless city, among others.

The city is also known as the Lotus City since it was built in the shape of a lotus. Madurai is famed for its never-sleeping streets that are bustling 24 hours a day. It is home to people of all faiths. As a result, several cultures and lifestyles can be found here. Madurai has a hot and dry climate in general and is best visited between October and March. 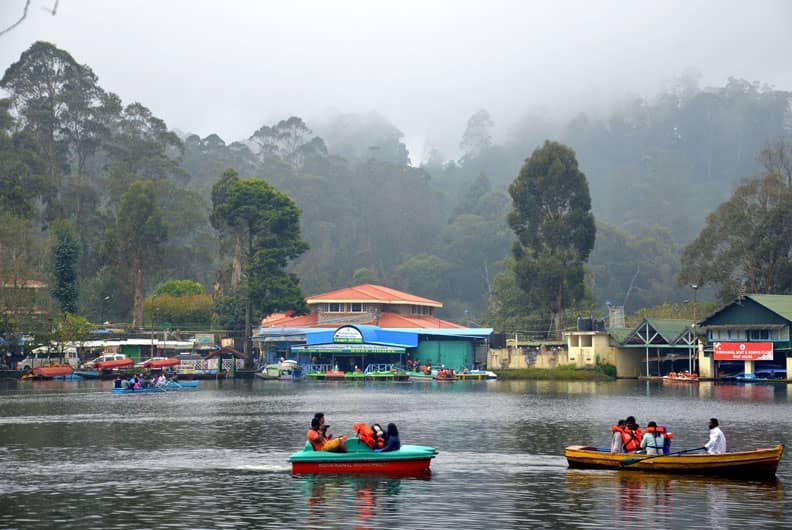 Kodaikanal is one of the fascinating tourist attractions on the planet. As the best places to visit in Tamil Nadu, it is located on the top of Palani Malai in the Western Ghats between the Parapar and Gundar valleys at an elevation of 2133 meters above sea level. They call it the ‘Princess of the Hills.’ In the local language, the phrase Kodaikanal means “gift of the forest.” However, several other interpretations also exist, including the forest’s edge, the summer forest, and more.

Kodaikanal offers stunning vistas to blow you off your feet. Fruits such as pear are very popular here. It is regarded as the ‘Chocolate Lovers’ Paradise’ because of its homemade chocolates. Kurinji, which takes place every twelve years, is a unique attraction. The city has something to offer to adventure seekers as well, such as trekking, boating, and cycling avenues. In 1821, the British arrived in the area for the first time and established the town in 1845. Throughout the year, the climate is pleasant. 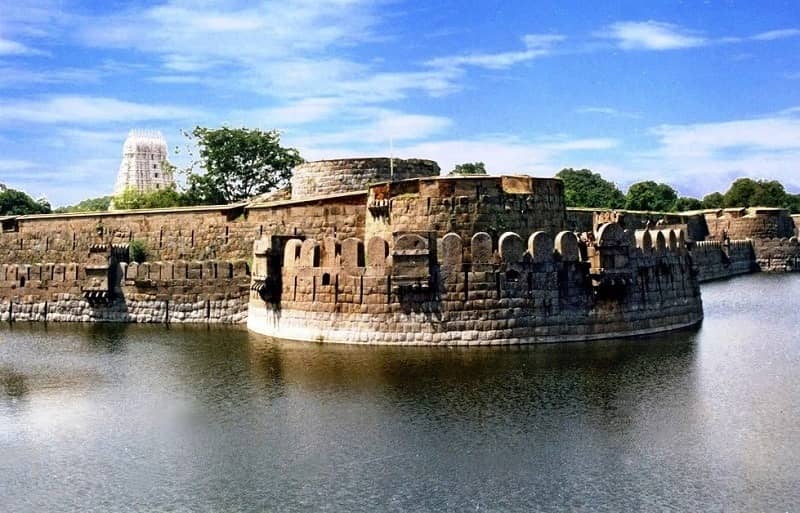 Welcome to Tamil Nadu’s “Fortress City,” Vellore. You will come across a variety of beautifully crafted granite forts standing magnificently across the city. It is the city where the Dravidian culture began and flourished, rendering it a long and illustrious history and culture.

Vellore is home to a plethora of Tamil Nadu tourist places. The Clock Tower, the Government Museum, the French Bungalow, and the Pearl Hall are among the notable attractions. Vellore is known for its magnificent temples. The famed Jalakanteshwara Temple is located within the Vellore Fort’s grounds. The other noteworthy places of worship include the Ratnagiri Temple, the Annaikulathamman Kovil, the Roman Catholic Church, and the Madrasa Mohammedan Mosque.

The Golden Temple is one of Vellore’s most well-known attractions. It was constructed using 1500 kilograms of gold, hence, the name. The Assumption Cathedral, the 150-year-old St. John’s Church, and the Vellore Research Center are also worth seeing. Christian Medical College, one of India’s top hospitals, is located in Vellore’s core.

The city played a crucial role in the Indian liberation struggle. Vellore is not far behind in terms of the industry either. It is a generally dry area, receiving maximum rainfall during October and November. Planning your trip from October to March is advisable. 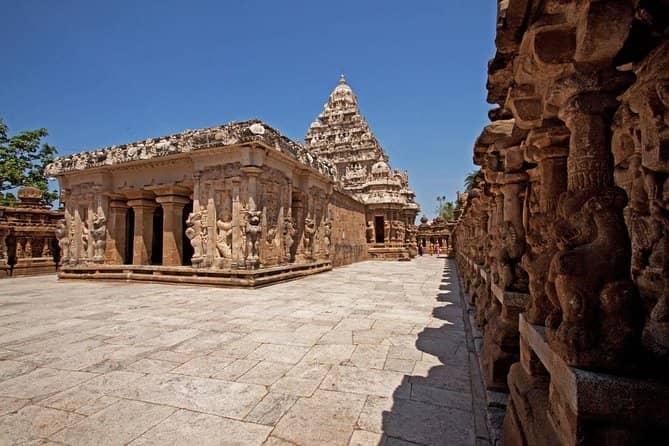 The city merges history, spirituality, entertainment, and pleasure to create a heady mix for travelers to savor. It is famous for its gorgeous Kanchipuram sarees. They widely refer it to as the ‘Golden City of a Thousand Temples.’

Kamakshi Amman Temple is one of the city’s most well-known Shakti temples. The gold-plated temple tower and the gold chariot are the major attractions. The sculptures and murals, dating back to the seventh century, are breathtaking. The temple covers a five-acre plot of land and features a gallery that tells Adi Shankaracharya’s life story. 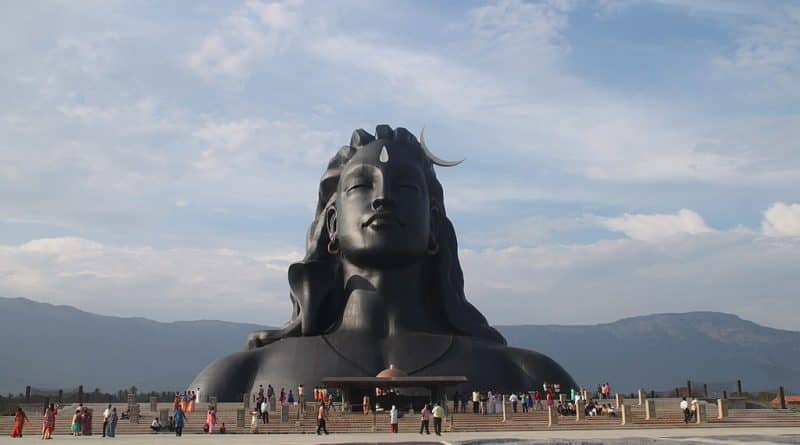 One of the largest Tamil Nadu cities, Coimbatore is dubbed the “Manchester of South India.” Despite its rapid growth, the city nonetheless retains a vivid Tamil culture. The city did not experience rapid expansion till around 1930. The textile industry was a major contribution to this. Climate, fertile land, and, most importantly, hard-working people are what have taken it to dazzling heights. Cotton City textile mills are Coimbatore’s principal industry. Here, traditional handicrafts and cutting-edge technology collide.

Coimbatore is one of the country’s leading clothing makers. It is also known for its Dravidian temples of Maruthamalai and Dhyanalinga. The prime tourist attractions in Coimbatore include the Indira Gandhi Wildlife Sanctuary, the National Park, and the Black Thunder Theme Park. Coimbatore has a hot summer climate, light monsoons, and frigid winters. 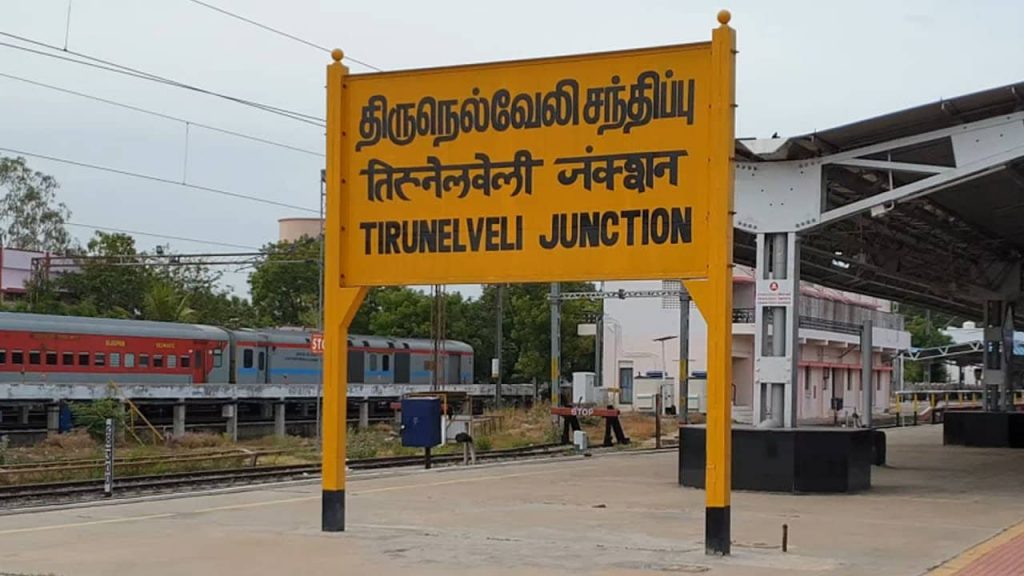 Tirunelveli is a windy place with breezy trees. You can witness centuries-old temples in this temple, which is known for its temples and shrines. One of Tirunelveli’s most prominent tourist spots is Papanasam. The fields of Papanasam, which cover hundreds of acres, are well-known to harbour 108 unusual herbs that are exclusive to the region. The dams, rivers, and waterfalls are other attractions of the area.

So, with that, we conclude our list of the best places to visit in Tamil Nadu. Tamil Nadu, the land of temples and pilgrimage sites is one of India’s most beautiful states. It encompasses everything from hill stations to beaches, as well as pilgrimage sites and historical sites. So, if you’re thinking about taking a holiday, you should visit this place. The best time to visit Tamil Nadu is during the winter months, from November to February, when the weather is cooler. It is not a good idea to visit during the monsoon season. Summer, on the other hand, is the perfect season to visit hill stations.