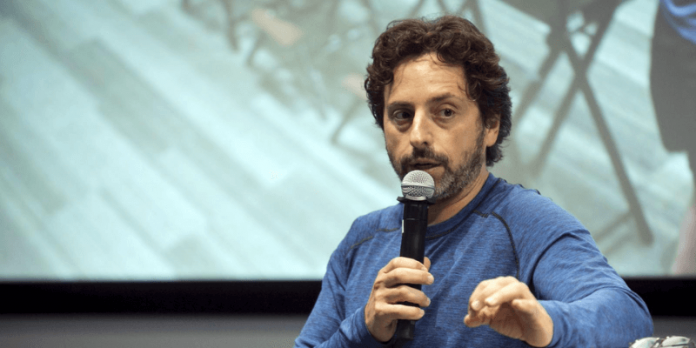 Today nobody would imagine their lives without Google it, surely would be isolated and boring.But there was a time when Google was just a vague idea of an immigrant living in America, Sergey brin. This technologically advanced world would have been in its rudimentary phase when Google was introduced to us.

This great American dream was once a mere idea of a little boy born in Moscow, Russia in 1973. Sergey Brin along with his family moved to the states at the age of six. His father was a professor at university of Maryland. Brin followed in the footsteps of his father and graduated from Maryland university as a maths major. Later he moved to Stanford university for pursuing PhD in computer science

Being a tech enthusiast he’d always wonder about new technologies, ideas splurged into his mind. Brin had the fire to turn his ideas into plans and plans into reality he never lost hope and believed learning was an indispensable part of failure.

At the orientation ceremony of Stanford he met Larry Page ,the man Ferber of tech knowledge,they both shared the same interests and ideas. Initially in college they came out to be picky rivals and thought of each other as obnoxious guys,later they became friends for life.

Brin collaborated with the page and started with basic HTML and created search websites for students.

From the dorm room itself they delivered a prototype of an advanced search engine. They failed to have hours of work but never for once thought of giving up because they were passionate about computers. This comes in handy when we do what we love, we’d go to extreme heights to achieve our goals

Brin and Page developed their basic search engine and named it backrub. Later, they launched Google in August 1987, After which there was no looking back. The journey must have been tough, tring but in the end it was all worth it. Google became such a hit. It was so fascinating for people to gain all the information of the world just by pressing a button. Google collected heavy investments and the company is growing exponentially ever since.

Brin was awarded as one of the top innovators of the world. He also received the Marconi award. In 2009 Forbes decided Brin and Larry Page were fifth most Powerful people in the world.

Twenty years, after the launch of Google ,Brin and Larry stepped down from their position. They kept their shares so that they could participate in decisions regarding the company they made in all these years. It was shocking for most of the people . Perhaps, Brin left for something better.

He later became the president of the parent company of Google called Alphabet. Brin worked on several other projects with Google, among which the former dismantled project Google+of which Brin was a part, he admitted that he should have never worked on such a social project and that he is not much of an outgoing person. Bring has always been a fitness freak. All these years of work he has never neglected his health. He also has a crazy sense of humour.Once he conducted an interview session dressed up as a cow. He was called Google play in the early company days.

After leaving Google he has greatly invested in climate change, sustainable projects.He plans to rage new means for solving climatic,energy and social problems. Who knows we might witness revolution in one of these fields.

Brin is Jewish but not a very religious person. He married Anne wojcicki in 2007 ,and had 2 kids with her. After which they got divorced. Brin was then linked up with Nicole shanahan. The couple has a baby girl born in 2018.

Later on Brin stepped down from Alphabet , but maintained his position in the board of directors. Sundar Picchai replaced him as the president.

Life will always be as Life will always be as good as you treat it. How daring must it be for Brin to dream of websites when it was not even a thing. He had the mission, a grand idea of organising all the possible information on their search engine. The rest is the history we all know about.

Brin envisaged a technologically connected world, where nothing even distance can’t separate us. He greatly invested in Tesla motors, the company known for selling driverless, electrical cars. The Brin Nicole couple has been actively doing charity work through their foundation. His mother was diagnosed with Parkinson’s disease after which he donated $160 Million to the Maryland hospital.

In all these years both co-founders of Google have accumulated a great sum of fortune. Brin is ranked ninth most richest man in the world by Forbes with the bet worth of $78 billion and yet counting. In the end it’s not just about the money earned but the wonderful contribution he did towards society that won’t be forgotten. Brin has always believed in using knowledge and power for greater good.

This eulogy to this Google master mind is not enough to verse his works,Brin has been a great help in connecting the wires of web advancement. Everyone must find a reason for being alive and contribute towards society. Google perhaps is the best gift to the world by Brin. It all started with a plan and is going to be starting all over again over some new quirky idea. How beautiful life is, there is always a chance to start all over again. Leaving Google when the company was at its peak days, it was gutsy Brin is a man with a plan. He has got all his life to work and learn over his musings. This unstoppable would is yet to amaze us.

As Brin said “we do lots of stuff,the only way you are going to have success is to have lots of failure first”. An idea is a gift to us: never let it go waste, utilize it ,try try again, fail at it and start over again.