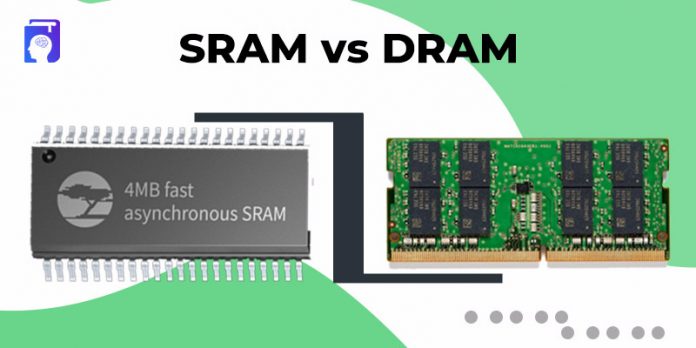 SRAM vs DRAM is a tough call, especially for the less tech-savvy of us. Let’s make it simpler for you with detailed information on what they are, why they matter, and more importantly, how they differ.

To get the gist of the differences between SRAM and DRAM, let’s first know a thing or two about RAM. After all, DRAM and SRAM are two types of RAM. So, here’s your rundown on what is RAM.

RAM is an abbreviation for Random Access Memory. Think of RAM as the temporary memory of a computing device that makes multitasking possible. Temporarily though, RAM hosts the Operating System, programs, and information you might be using at a given time. The CPU can quickly access the hostable whenever needed. So, if you can effortlessly shift between tasks, thank the RAM.

Let’s put it this way. Imagine yourself dining. Whatever you wish to put on your plate is on the table and you just need to help yourself. As a loose analogy, the plate represents the processor, while the eatables are your OS, programs, and data, and the table is your RAM, which hosts everything available for dinner. Without the dining table, read RAM, the entire arrangement falls apart.

Now, imagine opening your system to create an MS Word doc but soon find yourself hard-pressed to answer an urgent email or edit a spreadsheet. RAM will make the active applications and data available to the CPU for processing in response to your commands. It follows that RAM is active for the entire duration you work on your system, keeping you good to effortlessly juggle tasks.

However, RAM operates only with a constant power supply. You pull the plug, the applications and data present on this memory vanishes. Just the way the dinning table is cleared once the dinner is over. No wonder, they refer to it as cache memory, volatile memory, and temporary memory.

In terms of reading from and writing to, no storage form comes close to RAM’s speed and ease. You can attribute it to the electric circuits. Once the RAM is full, the CPU turns to the hard disk to free up the RAM, thereby, causing delays in computing. It calls for a higher-capacity RAM that can handle more data. If your system goes unresponsive or slows down, it’s time for a RAM upgrade.

SRAM Vs DRAM: The Key Differences

Now that the RAM is out of the way, it’s time to dig deep into SRAM vs. DRAM. Both are memory chips and subsets of RAM that serve the same purpose. However, the differences between SRAM and DRAM lie in they way they process data, alongside their data-holding capacities, speeds and power usages. SRAM is quicker and power-efficient with a limited data-holding capacity. On the other hand, DRAM is relatively slower and power-intensive but can hold more data.

If that has piqued your curiosity, continue reading. We’ll have a closer look at both in detail, including what they are, their features, and their pros and cons. Once you identify the difference between SRAM and DRAM, choosing the right option for your unique requirements and price points is easy. 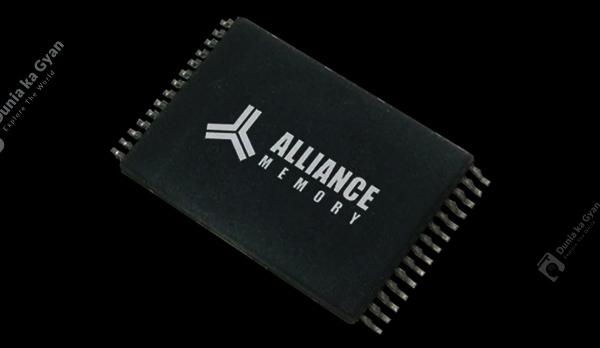 SRAM, Static Random Access Memory is exactly what it means – a static form of RAM. The information stays in the static form unless you pull the power plug. The data access model is straightforward with no refresh circuit. As the need to periodically refresh the SRAM is eliminated outright, you can expect better performance, speeds, reliability, and lower power usage than DRAM.

SRAM leverages latching circuitry to hold information. Herein, the circuit responds to a temporary input trigger signal by blocking the output. The status-quo stays intact as long as the memory gets uninterrupted power supply. In a typical read and write function, SRAM pools each memory bit across four transistors, M1, M2, M3, and M4 that gives rise to a couple of cross-coupled inverters.

The extra transistors make the storage cells available. As such, storing one bit of information involves half a dozen Metal-Oxide-Semiconductor-Field-Effect Transistors (MOSFETS). While 6T SRAM is the norm, certain SRAM variants might use 4T, 8T, and 10T also find applications in different settings. The Bipolar Junction Transistor (BJT) is another SRAM variant, known to switch and amplify signals. It is way speedier but takes a huge toll of power, which it impractical.

The L3 and L2 cache units are the areas where SRAM is applied in the CPU. Any computing device’s processor and primary memory are sandwiched between SRAM.

If you are keen to get the gist of Dynamic RAM vs Static RAM, knowing the features of SRAM is key.

The disadvantages of SRAM are 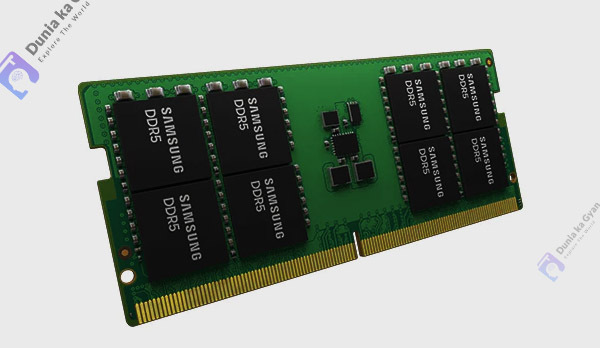 DRAM is the abbreviated form of “Dynamic Random Access Memory”. You can call DRAM a type of memory to access data for a short period, which is in milliseconds. It is continuously updated by accessing its data. DRAM finds refuge in your computer’s motherboard. It has 1GB to 2GB capacity on smartphones and tablets, while on desktops and computers, it has about 4GB to 16GB capacity.

DRAM uses capacitors to record data in bits. It is the most accurate method to store data since the amount of space required for storing data is smaller than SRAM. That’s a key difference between SRAM vs DRAM. Also, the DRAM has a high power consumption as the capacitors need to be updated so that they can keep charging as the capacitors have leakage in power.

The features of DRAM can be highlighted as follows:

The advantages of DRAM can be highlighted as:

The DRAM has the following cons. Again, you need to know it to know how Static RAM vs Dynamic RAM fare against each other.

The differences between DRAM and SRAM are as follows:

Here’s the side-by-side comparison between Static RAM and Dynamic RAM:

What is SRAM, and What is DRAM? By now, we believe you know it. After all, both SRAM and DRAM have been thoroughly studied along with their features. We hope it must be clear to you how both RAMs differ from one another. When it comes to SRAM vs DRAM, it all boils down to your unique requirements. Factor in your needs and choose accordingly.

Share
Facebook
Twitter
WhatsApp
Linkedin
Previous article
How to Teach a Dog to Lay Down?
Next article
10 Most Famous Delhi Temple – You Must Visit Delhi’s Beauty