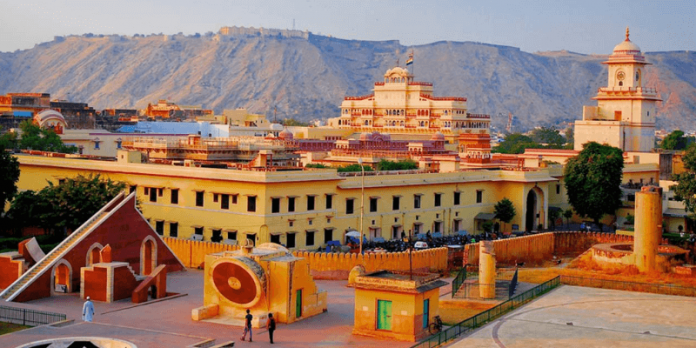 Sawai Jai Singh, the founder of Jaipur, Rajasthan, designed the Jantar Mantar, a collection of astronomical instruments. In 1734, the memorial was finished. It is a UNESCO World Heritage site and home to the world’s largest stone sundial. It is next to the City Palace and the Hawa Mahal. The instruments allow naked-eye observation of astronomical locations. The observatory is an example of Ptolemaic positional astronomy, which many cultures shared. The monument includes instruments that operate in all three of the major classical celestial coordinate systems: the horizon-zenith local system, the equatorial system, and the ecliptic system.

It is uncertain when Jai Singh started construction in Jaipur, but many instruments had been constructed by 1728, and construction in Jaipur continued until 1738. During the height of the building in 1735, at least 23 astronomers were working in Jaipur and owing to the shifting political situation, Jaipur replaced Delhi. Maharaja Sawai Jai Singh II founded the Jantar Mantar in Jaipur, as well as five other observatories in the country: Jaipur, Mathura, Delhi, Ujjain, and Varanasi. The one in Jaipur is the biggest, while the one in Mathura is now almost in ruins. Maharaja Sawai Jai Singh II established Jaipur and is a possible ruler of the Amber region. He was a physicist, mathematician, and astronomer in addition to his political knowledge.

Jantar Mantar is Famous For 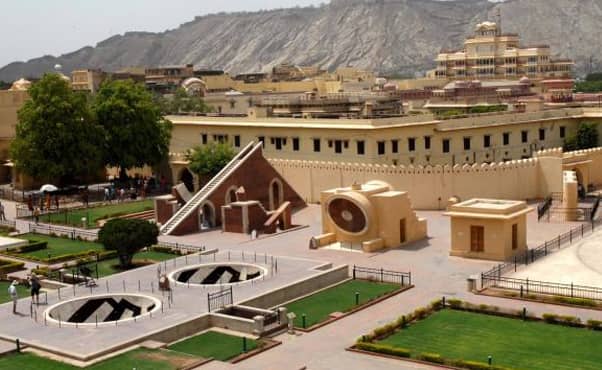 Out of the five Jantar Mantar in India, Jantar Mantar Jaipur is the largest. It is a massive observatory designed to predict the timing and activity of planets and other bodies.

When To Visit Jantar Mantar, Jaipur 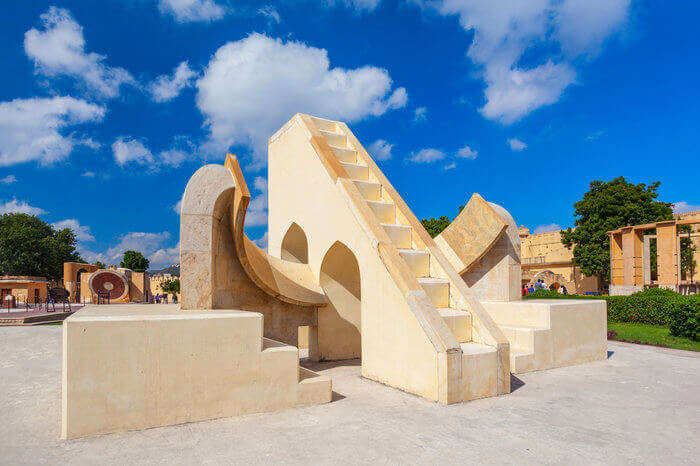 The best time to visit Jantar Mantar in Jaipur is at noon. The Sun is vertically above at midday, making it simple to consider the method of interpreting the readings of each instrument.

Entry fee to the Jantar Mantar in Jaipur

The Jantar Mantar observatory in Jaipur has 19 instruments for measuring extraterrestrial bodies’ positions and distances. These instruments are essentially stone constructs with interesting geometric forms carved into them. For a better understanding of the instruments and how they function, it is recommended that you hire a local Jantar Mantar, Jaipur guide, or listen to an audio guide.

Vrihat Smart Yantra is a massive sundial in the Jantar Mantar observatory’s base. This is the world’s tallest sundial, measuring 27 meters in length. The Samrat Yantra, which means “supreme instrument,” is an equinoctial sundial that calculates the time to a two-second accuracy. It is known as the small Smarat Yantra because it is smaller in size and can measure time to a precision of twenty seconds. The local time is shown by the shadow of the yantra’s triangular wall..

The chakra yantra, found at Jaipur’s Jantar Mantar, is a ring instrument that measures the Sun’s coordinates and hour angle. It is made up of four semi-circular arcs on which the gnomon casts a shadow, allowing the declination of the Sun to be calculated four times per day. 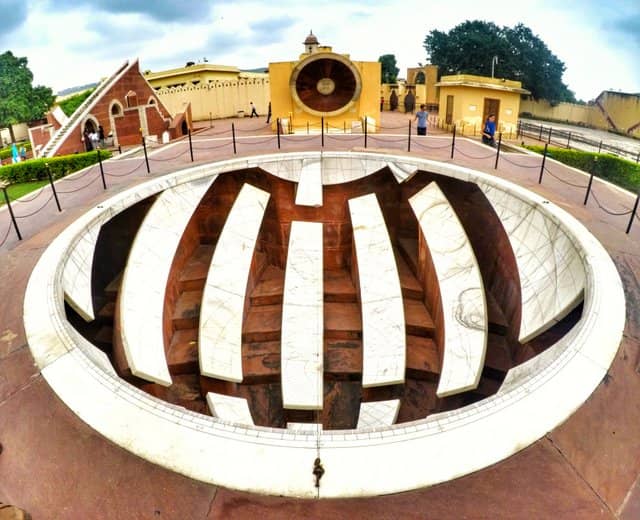 The City Palace in Jaipur is a short distance from Jantar Mantar and features stunning Rajasthani and Mughal architectural styles. Visitors come here for the courtyard, museum, art galleries, and well-decorated lawn. The palace complex is stunning, and visitors to Jaipur can go there at least once. This is a stunning red and pink sandstone palace in Jaipur. Hawa Mahal is 700 meters away from Jantar Mantar and can be reached in 3 minutes by car. From its higher levels, the Hawa Mahal, also known as the “Palace of Wind,” provides spectacular views of the capital. The view of Jantar Mantar from the palace’s top floor would leave you speechless.