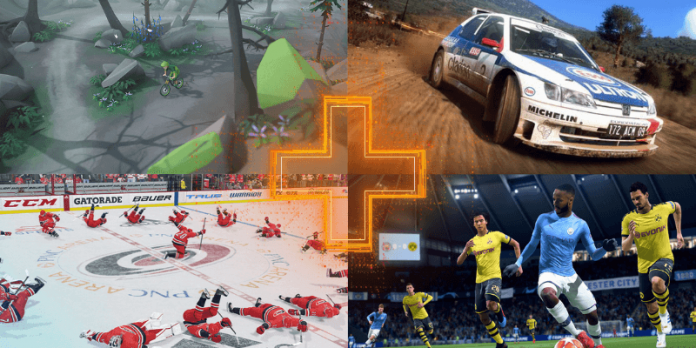 It the one of the best and entertaining NFL Blitz. NFL Blitz started as an arcade game before being released on Playstation, Xbox, and Nintendo 64. NFL Blitz was a very eccentric game because, in that game, you can defeat your opponent after the play is over. The best and most fun was when the user was on defense, and the user could hit his opponent, or even the user could jump on them when they were on the ground after the whistle. Pittsburgh Steelers quarterback Kordell Stewart was the cover athlete, and that was possible because he was the best and exciting player that the NFL had to offer in those days. 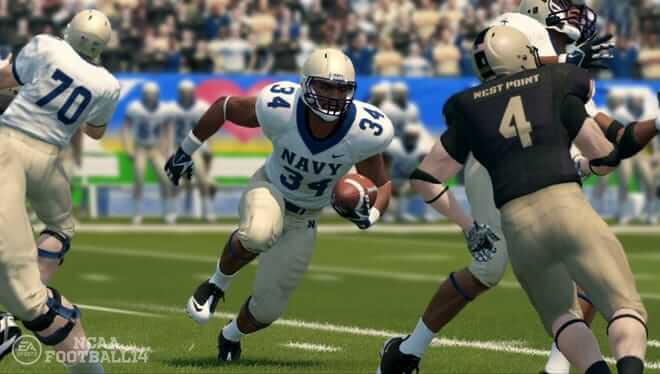 The Fans of NCAA Football have been clamoring for NCAA Football’s passing return and a good reason. One of the game’s best and entertaining attitudes was playing as a smaller program like East Carolina or North Texas and building them into a powerhouse. The most interesting thing is that We could create a player and have him dominate the high school season before moving on to the collegiate level. The Fans of this game pray for the game’s return, but who knows if we will ever see that happen. 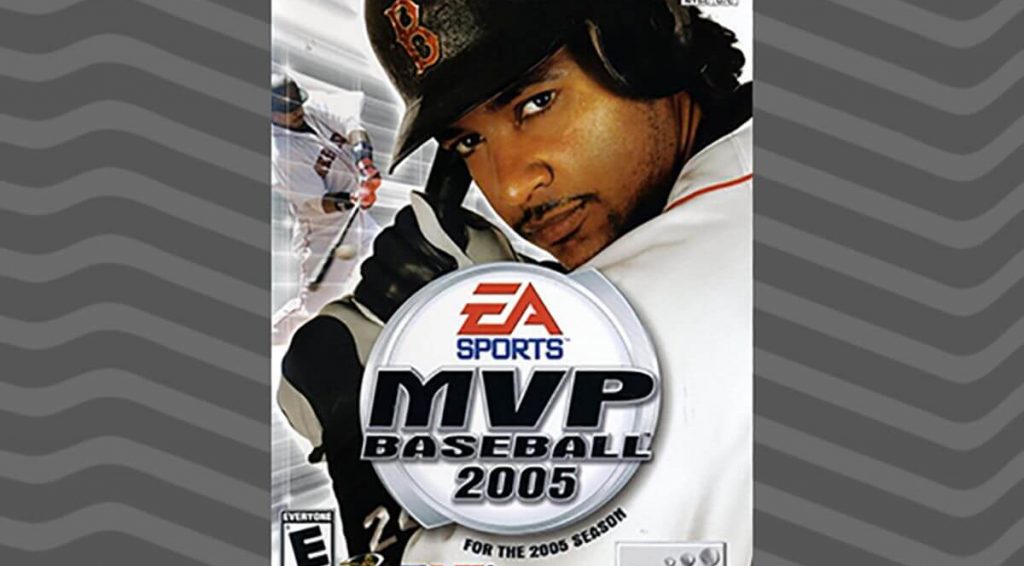 The MVP Baseball was the best game ahead of its time. Sure, MLB The show is phenomenal these days, but EA Sports’ MVP Baseball is their standard for what a baseball video game should be. The game’s meter was fairly simple and allowed players to control the speed and pick their location easily. The graphics have come a long way since the mid-2000s, but many players looked spot-on in MVP Baseball. But the game still holds up, like the NCAA Football series, is a game franchise people are still waiting to return to. 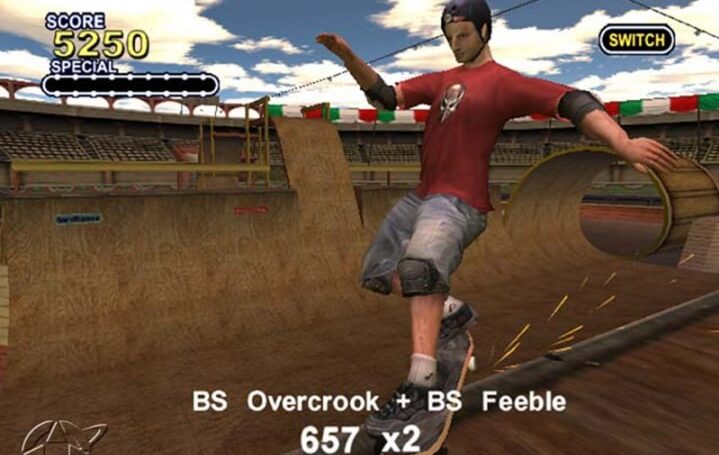 The Tony Hawk’s Pro skater was the game of the ages; it doesn’t matter if you were a fan of sports video games or not. There was so much in the game that we could play in different stages mode in terms of hidden objectives at many different levels. The game was during the rise of X games, and the games featured skaters like Bob Burnquist, Bucky Lasek, and Rune Glifberg, in addition to Hawk. Collecting the random S-K-A-T-E letters and hitting over each set of boxes were some of the hidden gems that earned players additional points. The Game has fantastic and outstanding tracks that included Goldfinger’s Superman, Dead Kennedys Police Truck, and Primus Jerry Was A Race Car Driver. 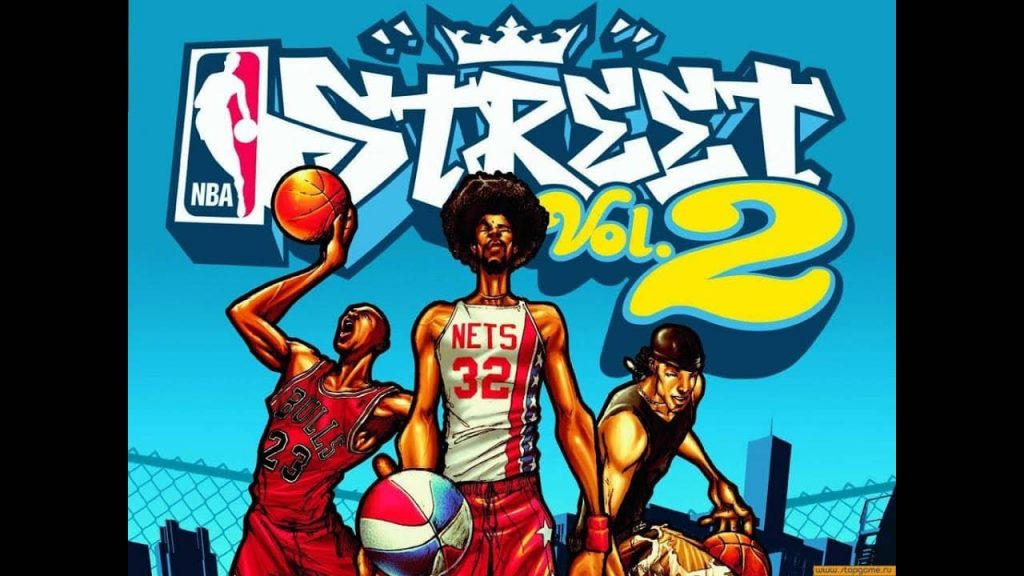 The NBA Street Vol. 2 was very close to a basketball video game to the and 1 Mixtape tour back in the day. The users or players could use actual NBA players, but they had some grimy moves. When you got into “ Gamebreaker” mode, you knew you were dominating. The announcement was also entertaining. If you blocked a few shots in a row, you’d hear, “ it’s a block party. Bring the family, bring the kids, and bring the hot dog buns.” That would easily get me jacked up every time. 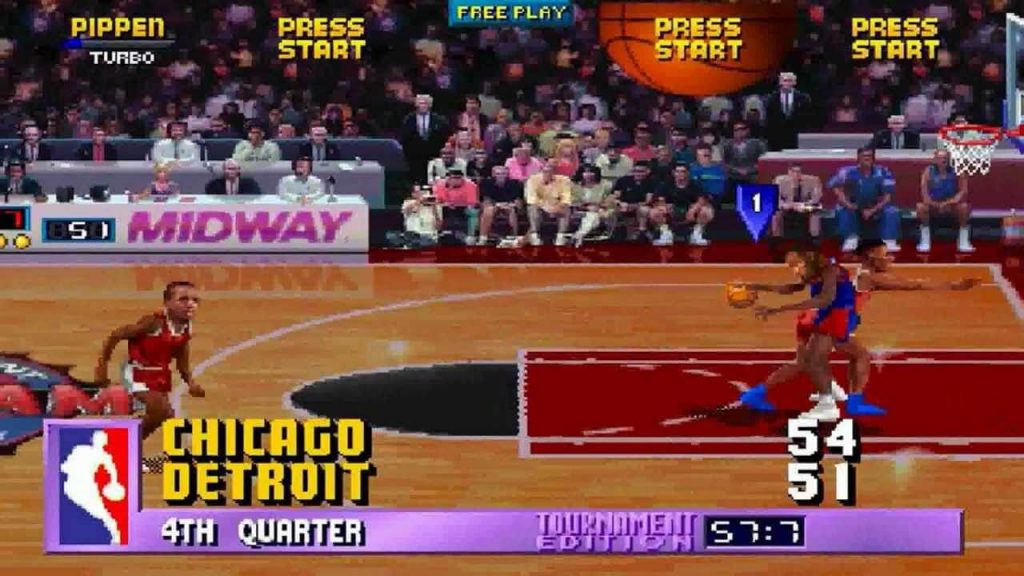 The NBA Jam was the typical basketball game in the era of arcade game time and gaming consoles. The 2-on-2 format game saw players in a fiery mood if they connected on some shots in a row. We can play with paired up stars like Michael Jordan and Scottie Pippen, Patrick Ewing and John Starks, Shawn Kemp and Gary Payton, and Karl Malone and John Stockton. This game was the most fantastic and most loving in that era. I think it is the best basketball video game. 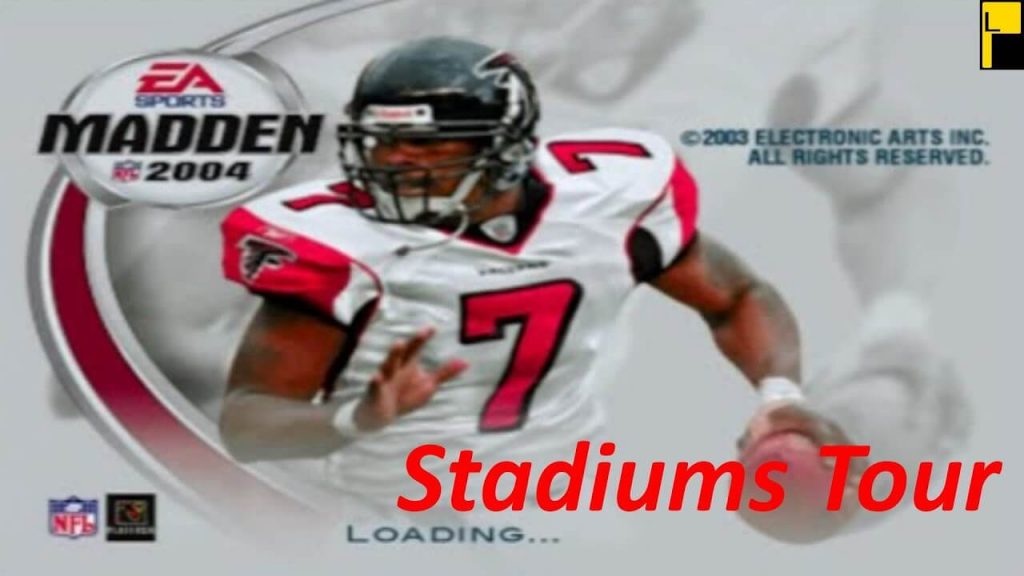 The cover of Madden 2004 Michael Vick donned, and it is important to you to have information about that. Vick’s speed rating, which he had made in this edition of the game, is 95 and made Atlanta Falcons a very popular team to play with when this came out. The dual-threat quarterback was nearly unstoppable due to his ability to get away from pressure. Vick certainly blossomed into one of the greatest individual players in the video game industry’s history, and everybody wanted to be the falcons. 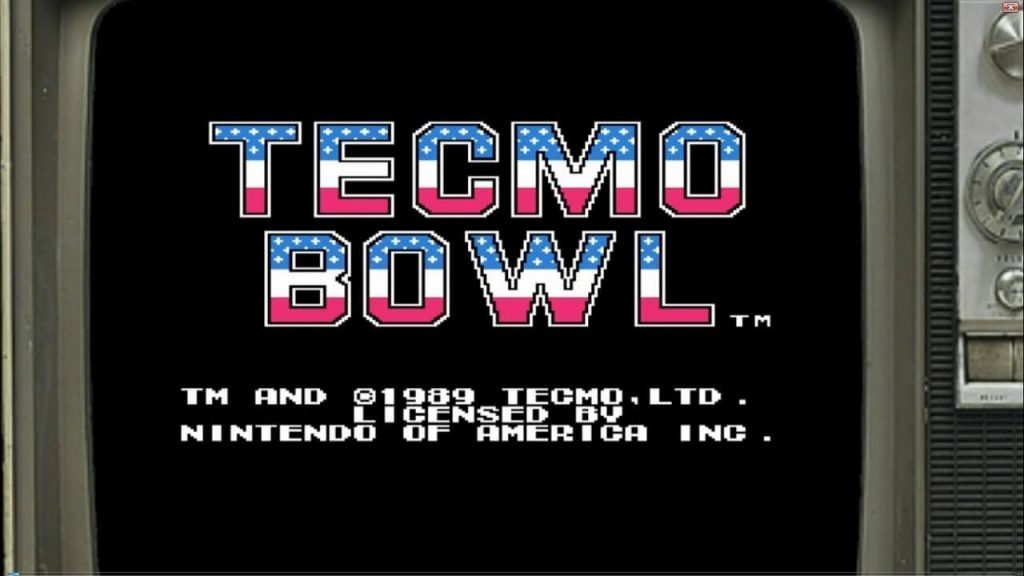 The Tecmo Bowl was the game of original football released in arcades in 1987. 2 years later, it made its way to super Nintendo and was a huge hit. The game is really very simple and has more fun when it is played. They could not take the NFL’s licensing, so the teams are made up, but finally, they get approval from NFLPA to use player likeness, most notably Bo Jackson, which is better than Vick. The team had two running plays and two passing plays to pick from except Miami and San Francisco, who had three passing plays and one running play. And who could forget the jingle that played throughout the game? It was definitely ahead of its time and was a huge pop culture phenomenon in the 1980s and 1990s. 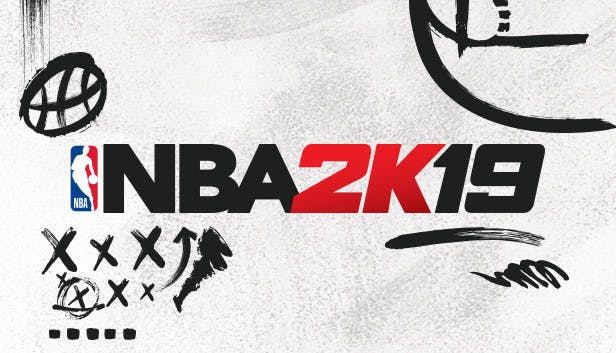 Harness your MyPLAYER’s full basketball potential with the new Takeover feature. Unlock special moves and abilities never before seen on the court, or activate Team Takeover and unleash the power of your full squad.

You won’t want to miss a single day in the updated Neighborhood. Make a name for yourself on the court, at the Under Armour Cages, and during live events on the block. Ball until dawn with new day to night transitions, a walk-on at the Jordan Rec Center, or get the old Crew back together for exciting 3 on 3 streetball action.

Create your very first MyPLAYER card and ball with LeBron, Kobe, and the rest of your collection in a variety of competitive modes. Introducing the new Unlimited mode, allowing you to pick any five cards from your deck without restrictions and battle against other players online. From neighborhood legend to global phenomenon. The original career story mode returns with an all-new, immersive narrative charting your journey from China to the G League and eventually the NBA. Featuring an all-star cast, endorsements tied to your popularity, and new team chemistry elements allow you to dominate the hardwood. 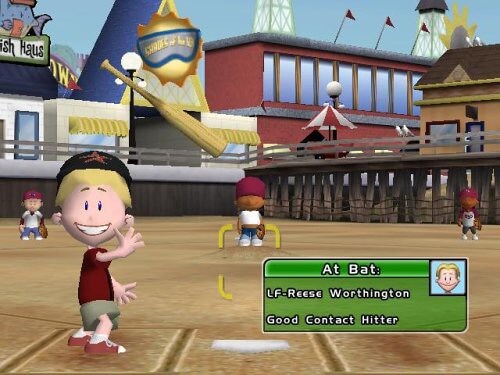 With the ability to use youthful impersonations of Albert Pujols, Paul Pierce, Barry Bonds, Tim Duncan, Kevin Garnett, Tom Brady, Alex Rodriguez, Joe Thornton, and Andy Macdonald, this series presents fans with hours of exhilarating fun. While no sport takes precedence over the others, each has its own unique flavor that brings users back to childhood……until they begin to gain wacky power-ups that are somewhat ridiculous yet unquestionably exciting. 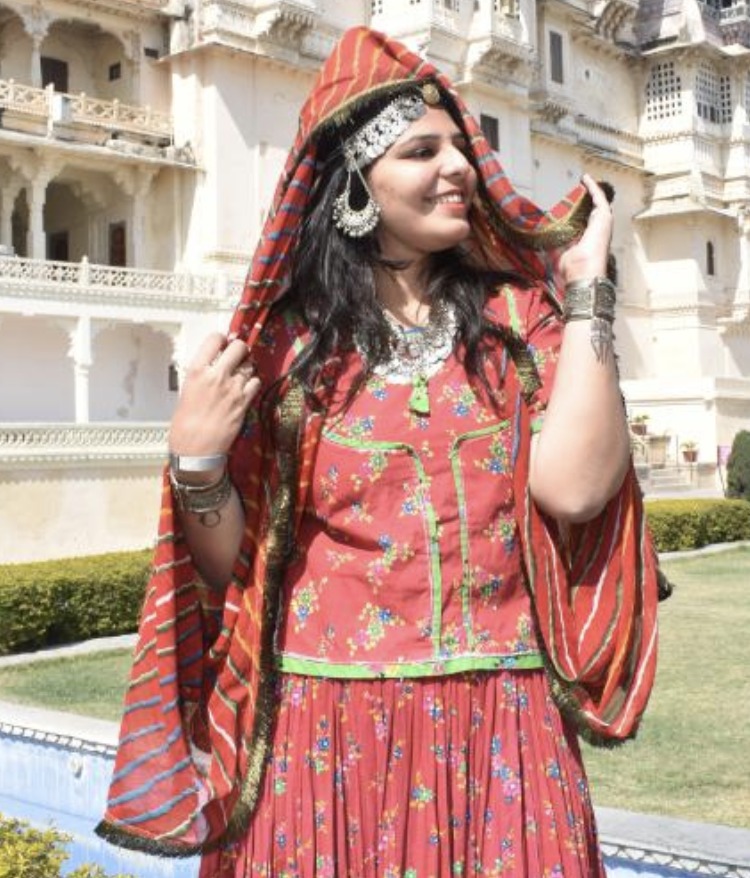