Ever wondered which are the world’s top 10 cigarette brands in 2022? Let’s find out, one at a time.

Smoking kills. Yet, people smoke. Some do it for the taste, some for a false sense of relief, and some, out of sheer compulsion. It’s addictive and hard to get rid of. Plus, it’s a health hazard, triggering serious conditions and even death. Guess what? Both smokers and bystanders are equally at risk. 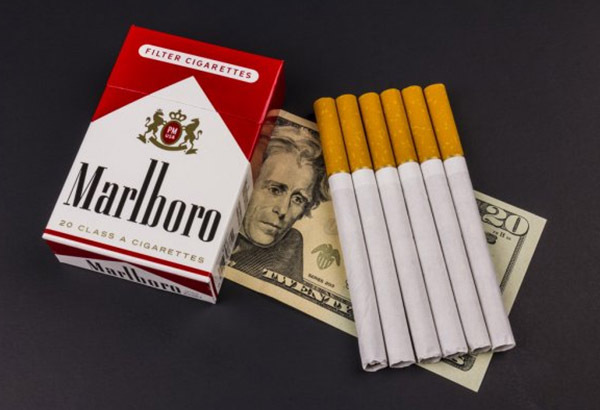 Who else but Marlboro!

The American brand has outsold every other cigarette brand on the planet since 1972. With a massive 40% market share and $25.1 billion in sales, the brand rules the roost globally.

The name, Marlboro, comes from the “Great Marlborough Street” in London, where it all began in 1873. The company branched out to the US in 1902 with a production facility in New York. However, it was only in 1924 that the brand was unleashed as “America’s luxury cigarette”.

The brand has a reputation for producing mild, flavoured, and less “harsh” cigarettes to delight smokers. Interestingly, Marlboro is considered a ‘man thing’ though, it was introduced specifically for female smokers.

Innovative marketing has driven success for Marlboro. Remember the “Mild as May” campaign? It made waves back in the day. Also, the brand sponsors F1, GP2, World Rally Championship, and other sporting events globally. 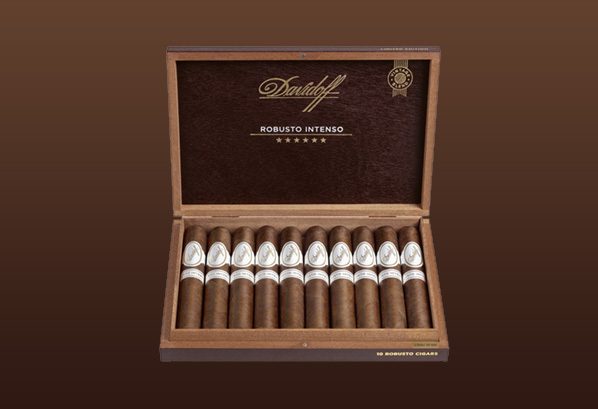 Davidoff has to be among the world’s top Cigarette Brands. After all, it’s raking in $1.3 billion annually in revenue, mostly via flagship outlets the world over. The top cigar brands, Camacho and Zino Platinum are sister concerns of the brand.

Davidoff spoils you for choices with a stunning product range. Think cigarettes, cigars, pipes, accessories, and more. Even the cigarette offerings are diverse, including Gold, Classic, Supreme, Mild, and Menthol among others.

Smokers have taken a liking for Davidoff products for the quality and aroma they deliver. The brand is associated with luxury, which reflects in its presentation as well. A British conglomerate, Imperial Brands owns Davidoff following a multi-million deal in 2006. 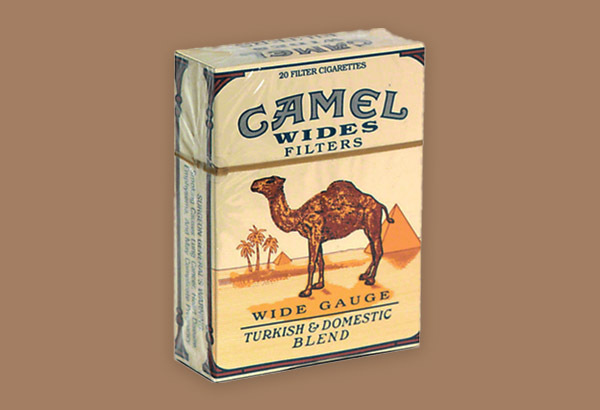 Camel has a loyal customer base, globally. The American brand has been around since 1913, providing smokers with superior taste and aroma in aesthetically pleasing packaging. The name, Camel, was an imitation of Egyptian cigarettes that were a rage back then.

Camel’s parent company, RJ Reynolds is credited with introducing packaged cigarettes. Earlier, smokers were required to roll their cigarettes on their own, which was a hassle. The brand prefers Virginian and Turkish tobacco to impart a distinctive taste and flavour to its offerings.

Besides product quality and visually pleasing packaging, Camel has leveraged thrilling advertising campaigns to drive brand allegiance. The brand even offered a promotional ticket, “Camel Cash”, which could be exchanged for Camel products.

Interestingly, North Carolina has a city, Winston-Salem, nicknamed “Camel City” after the brand. How’s that for the popularity? 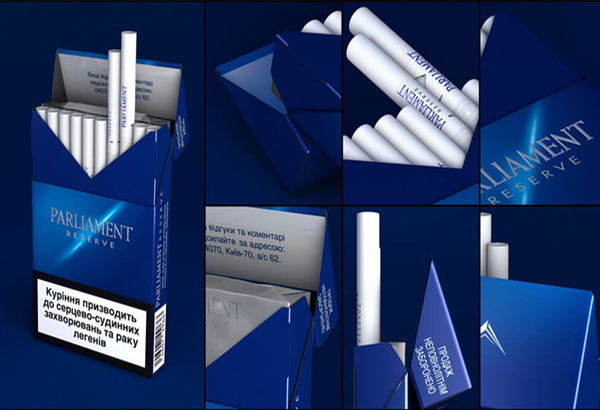 Parliament isn’t just a brand. Rather, it’s a cult. Since 1931, Parliament offers unrivalled smoothness, immersive flavour, and creamy taste, making the brand a rage among smokers the world over.

Owned by Philip Morris, Parliament gained spotlight for its recessed paper filters in an era when cigarettes lacked filters. When in the early 1940s the brand adopted filters, an aggressive ad campaign was launched with a tag line, “Only the flavour touches your lips”.

Parliament entered the folklore when it found a mention in Ian Fleming’s 1956 Bond novel, Diamonds are Forever. Another Bond novel, The Spy Who Loved Me also featured Parliament. Over the years, even music bands and celebs contributed to the legacy of Parliament. 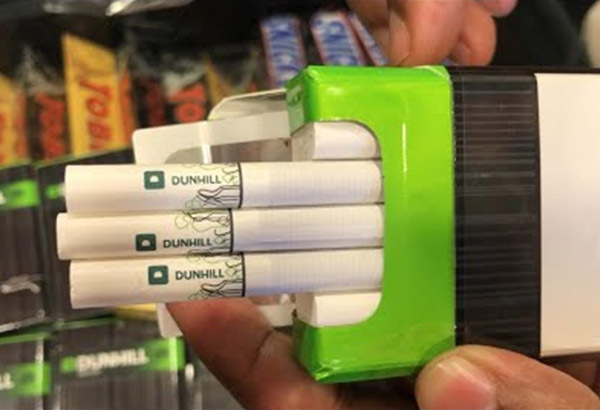 Dunhill gets its name from the founder, Alfred Dunhill, a British tobacconist and pioneer. For the brand, it all started in Westminster, London in 1907 when the founder came up with a small outlet on Duke Street.

The locals were quick to take a liking for Dunhill’s blends that were tailored to their specifications. Come 1908, Dunhill cigarettes made their way into the market, featuring a unique wool filter tip. These “Hygienic Cigarettes” were considered as a safer alternative to their filter-less counterparts.

By 1939, Dunhill was unleashed in the US. Ever since the brand has grown immensely to emerge as one of the world’s top cigarette brands. The company has been using superior tobacco to deliver a smooth and hearty experience. Wonder why they are costlier than most other brands? 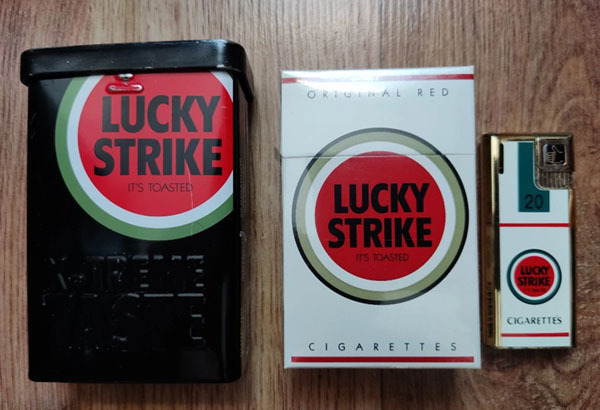 Isn’t it a strange name for a cigarette brand? Lucky Strike sounds more like a casino. But it’s no stranger to popularity. It was the best-selling brand in the US in the 1940s and 50s, before Marlboro’s market domination. The brand still has takers aplenty the world over.

Lucky Strike started as chewing tobacco in 1871 and transitioned into cigarettes in the 1900s. The name connotes a blend as rare as gold during the gold rush era. Legend has it, “Lucky Strike” had traces of marijuana in some packets, which led to the name.

Luckies, as Americans like to call the Lucky Strike cigarettes, are a smoker’s delight. They have the right blend of smoothness, aroma, and delectable taste. The brand didn’t sundry the tobacco. Instead, it roasted it to keep the flavour intact. 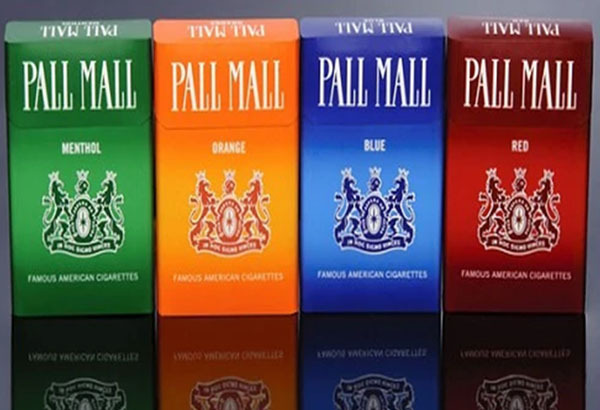 Pall Mall is a sumptuous label, named after an eponymous street in London. Founded in 1899 as a ‘premium’ blend, the brand has a history of innovation. Be it the “King Size” standard or an ingenious way of tobacco stuffing that made cigarettes smoother, Pall Mall was ahead of the curve.

Pall Mall’s popularity soared in the 60s when it outsold any other cigarette brand in the US. Its popularity is intact even today, being the best-seller for Reynolds, alongside Camel and Newport. You can find mentions of Pall Mall in popular novels and video games.

Smokers prefer Pall Mall for its delectable taste, fuller flavour, and a distinct undertone of liquorice. The sheer quality places it among the world’s top cigarette brands. 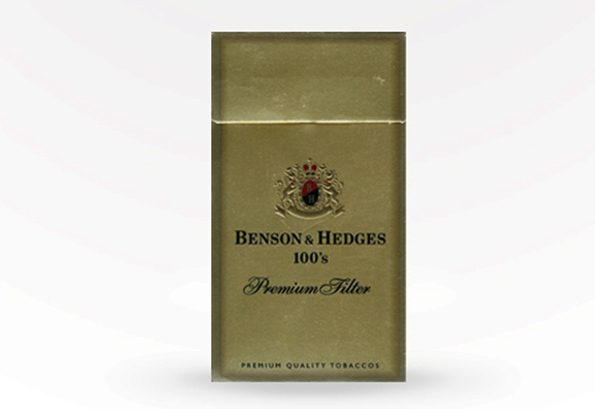 Benson & Hedges is one of the most recognizable cigarette labels out there. It’s basically a British brand acquired by an American MNC, Altria. However, some of the top cigarette manufacturers, think Rothmans, Philip Morris USA, Japan Tobacco, and British American Tobacco use the Benson & Hedges trademark in different regions of the world.

The brand saw the light of the day in 1873, thanks to founders, Richard Benson and William Hedges. It branched out to the US and Canada in the 1900s. Later, Philip Morris acquired the US branch but retained the label. Gallaher Group did the same with the UK branch.

Benson & Hedges has been a guilty pleasure for everyone, from royals, celebs, and common folks. In fact, it even had a Royal Warrant, which was revoked only in 1999. The brand has a reputation for using an untainted component of Virginia tobacco to keep up with quality standards. 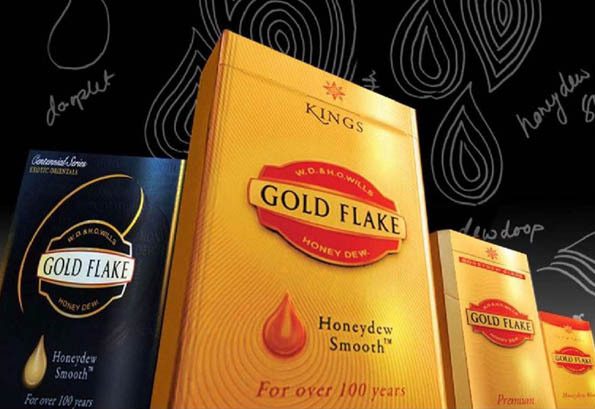 Gold Flake is one of the dominant cigarette brands in the Indian Subcontinent, known for its quality blends. Erstwhile Imperial Tobacco, Indian Tobacco Company (ITC) owns the brand since 1901. Come 1971, the brand introduced Gold Flake Kings, which was the new standard in size.

They manufacture Gold Flake with high-quality, golden tobacco, hence the name. the tobacco is reinforced with drops of honeydew for a distinctive texture and flavour. ITC is one of the top tobacco manufacturer companies in India.

Gold Flake not only has a strong presence in India and neighbouring countries but is also exported to Canada, Europe, Egypt, South Africa, and beyond. 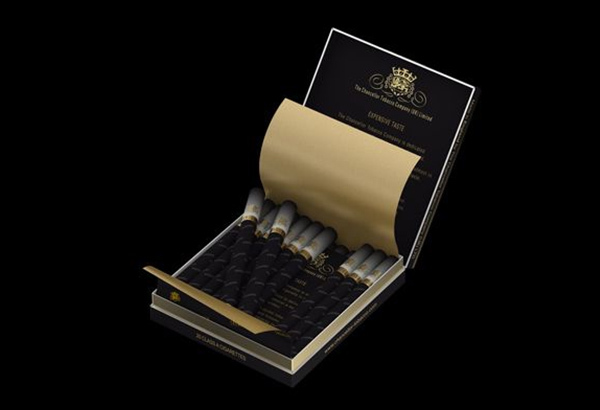 Owned by ITC, Insignia comes across as a premium cigarette label with a dedicated clientele. The brand has a short yet eventful history. Launched in 2003, it soon went on to become one of the Best Cigarette Selling Brands. Great taste, exceptional smoothness, and attractive packaging drove its phenomenal success.

Now that you know about the world’s top cigarette brands, it’s time to choose the one suiting your taste and budget. However, smoke responsibly, or better still, quit it. It’s more than a health hazard; it’s a killer for both smokers and bystanders. Do you know smoking accounted for over one billion untimely deaths in the previous century?