Top 10 Documentaries of all Time 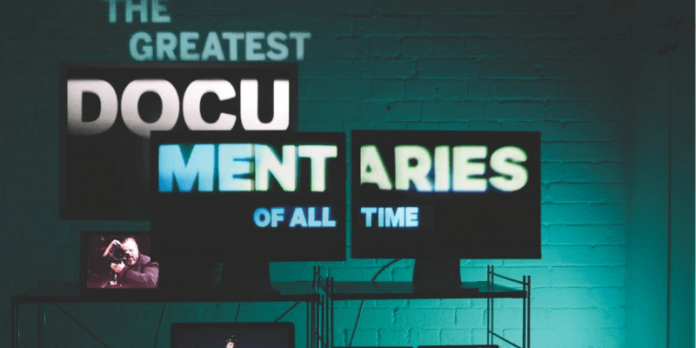 If we step aside from movies, some documentaries give us real-life experiences. It has many things from which we can gain so much motivation. It tells us the reality, whether related to the education system today, social problems, history of something, etc. , it can be anything. A good documentary should have an anchored story, action, an unexpected climax, and attractive characters. These aspects make the movie interesting since it is based on real-life, so the audience can easily get distracted. So, these elements are important to keep the audience bound with the movie.

Top 10 documentaries of all time

So, here are some best documentaries which you must watch.

It is a short documentary film. It was released in 2019. This film is about a refugee from Yemen who works in a small grocery shop. He lives a life of two people, first as a friendly neighbor shopkeeper and the other as a refugee. He just wanted to get his wife and children back who were stuck back at his home.

It is a documentary released in 2012. It is a short film. It is the story of a 10 years old boy, Emon. He used to sell tea every day to feed his family. But that little boy wants to pursue education. The whole story is about him getting to deal with his family and education.

It is the story of Belgacem, a 35-year-old, and Naouel, a 28 years old woman is a blind couple who love each other and are living together happily with their sons, Hamza and Melek. Each day they have to face the struggle to raise their children with dignity and joy.

The ship was strangled amid a st in the storyorm in the story, and the crew was continuously struggling with it. It shows the reconstruction of the adventure, which is shown to us using super-8 footage.

This documentary shows the relationship between partners from different cultures. It involves Chinese immigrants and non-Chinese partners living their cultural differences. The non-Chinese participants are actually Canadians whose age ranges from 20-80 years of age. They are either in a heterosexual or homosexual relationship. It depicts the evolution of a culture of mixed relationships both in China as well as in Canada. It is all about exploring the culture, differences, language, background, closeness, pop culture, etc. It is the perfect mixture of many reflexes and emotional moments of the couples.

The story of the last six families from the ‘Rebeyya’ tribe in the desert of Tunisia. It was the time without papers and birth certificates. They continued to live their nomadic lifestyle till the end. It is all about discovering their lifestyle, tradition, and their pop life. They decided to end this lifestyle of theirs finally and lead their way to a civilized world. Their journey about how to get citizenship became a hot topic for debate.

Six hidden cameras are placed to see the real and original experience inside the theatre. In this, two audience members watched the 10-minute play, which was performed in the car. But in this movie, who is actually the audience ?

In this movie, Samiulla’s father was killed in a blast at Meena Bazar in Peshawar, Pakistan. During the funeral, his uncle asked him not to be sad and advised him that, after his father, he had to be the responsible one. At that moment, he had to choose between his studies and his responsibility towards his family. The choice was clear; he chose his family and gave up on his dreams.

Jon passed away due to Sickle Cell Amnesia. He was writing a horror movie before he died. He was planning to make this movie with his friends. Due to Jon’s untimely death, his friend with their own disabilities decided to make the movie together in remembrance of their friend. But they all were confused about how to start. So, it’s all about that.

So, the documentaries won’t always make you feel sleepy. However, it needs to be an interesting and proper plot. I hope you will enjoy these movies as they are made on people’s lives and realities, so they have so much to learn and get motivated.