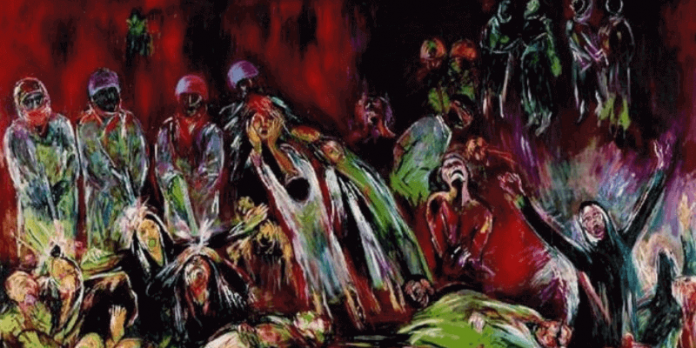 Engaging with a hobby and pursuing it until it depicts the happenings inside you is the magic of artists. The artists are also sages with different focus, armaments, and extent. Here are the top 10 highest-paid artists who created history with a beautiful blend of their creativity and art. 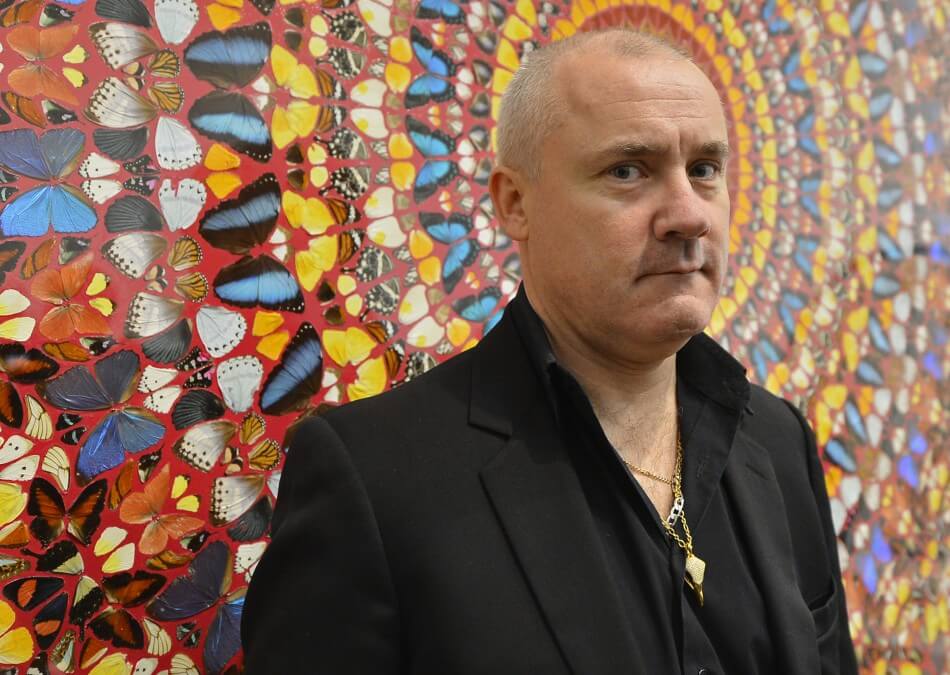 The most expensive artist Hirst follows death as a central theme in his paintings or any artworks. The spin painting, spot painting, shark, sheep, and cow are some of his world-famous paintings. The Times magazine highlighted recent news that Hirst made an unprecedented move for a living artist by selling a complete show, Beautiful Inside My Head Forever at Sotheby’s by auction and bypassing his long-standing galleries, reportedly the richest living artist. 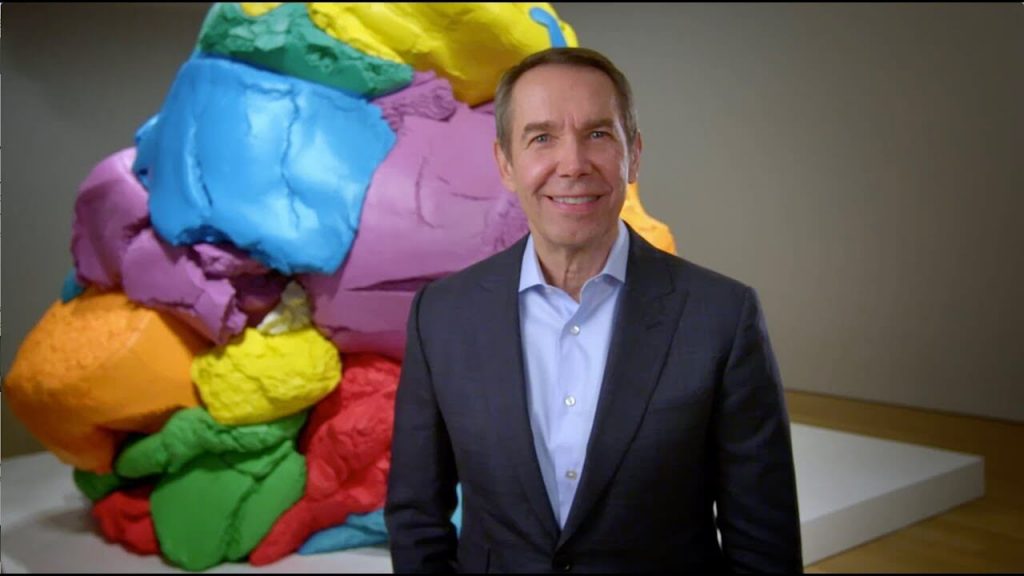 Koons has followed new art touch by pioneering the reproduction of balloon animals made of stainless steel with a reflective stainless mirror-like structure. Other dismiss of his works has kitsch, crass, and based on cynical self-merchandising. Though his work consists of critiques, he never stated their hidden meaning. His famous works include “Early Works” and “Inflatable”, “The Pre- new, the new and equilibrium series”, “Statuary series”, “luxury and degradation series and kiepenrl” etc. 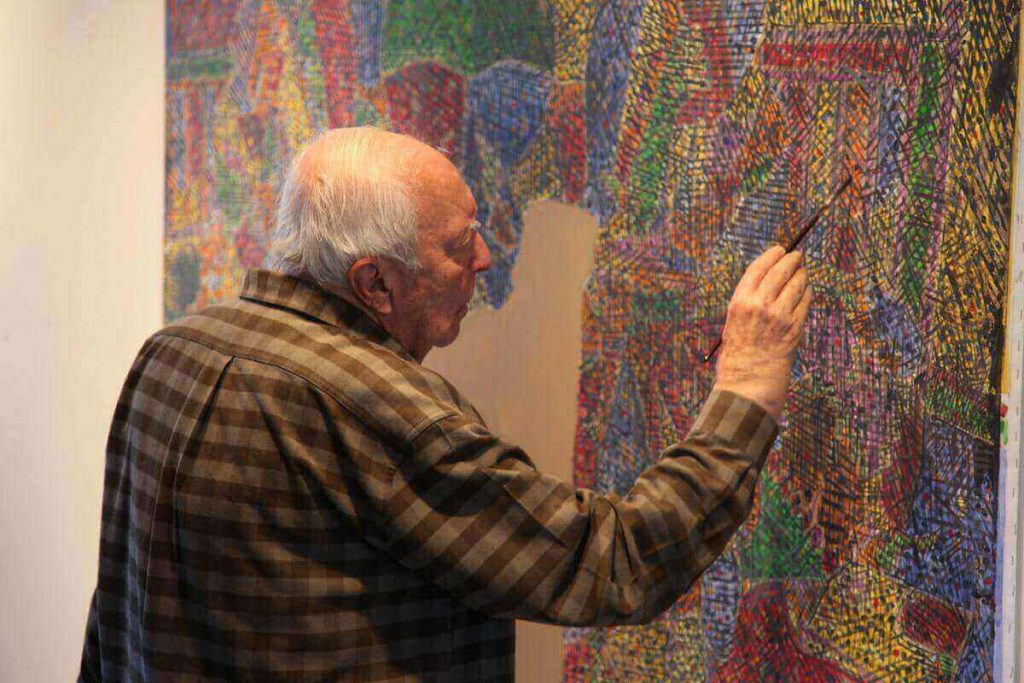 Johns is well known for his antique style of painting flags, maps, targets, letters, and numbers and adding life to canvas. His depiction of an American flag is known to everyone. Throughout his career, John has received many honors, including the National Medal of Arts and the Presidential Medal of Freedom. The New York Times called him “The United States Foremost Living Artist.” The other known works of John are: 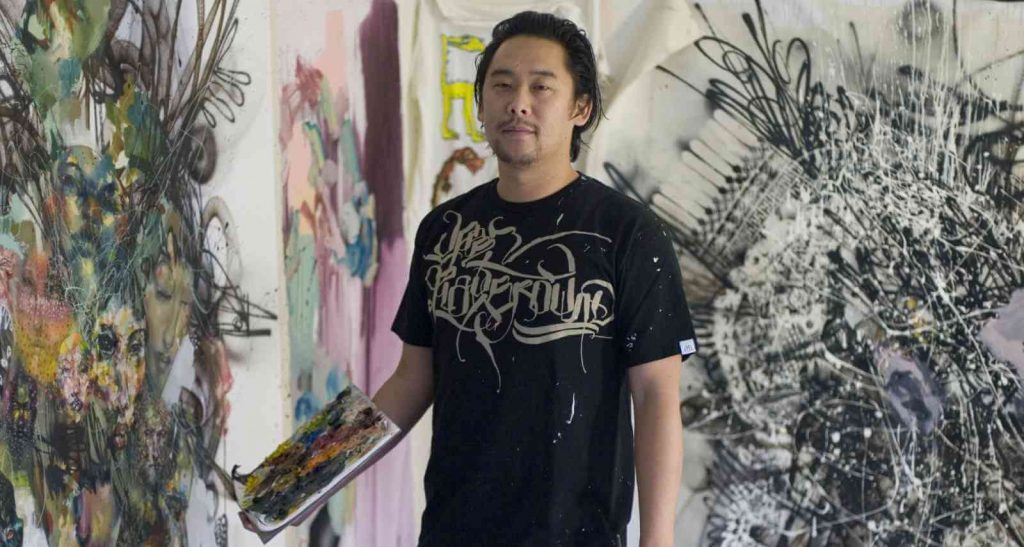 Choe is well known for his famous fine-art work, which has garnered respect, admiration, and adulation worldwide throughout institutions, museums, high-profile collections, and fans around the world; David Choe is just as competent in front of a camera as he is on canvas. From comics and books to apparel and music, to films and television – everything. Choe has been a part of the artistic mindset that has proven its success many times over. And just as Choe proved his commercial viability with his fine-art contributions to a diverse list of clients such as Marvel Comics, DC Comics, Sony Pictures, Fox Searchlight, Warner Brothers, CBS, Converse, Levi’s, and Vanity Fair. 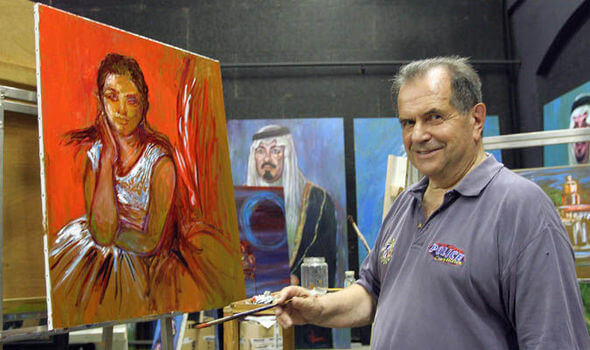 Vicari was born in Port Talbot. The artist’s Grand Oeuvre is basically marked by the portraits of the rich and famous made over almost six decades, though a notable number of landscapes and historical scenes he painted. The most famed works by Vicari are: 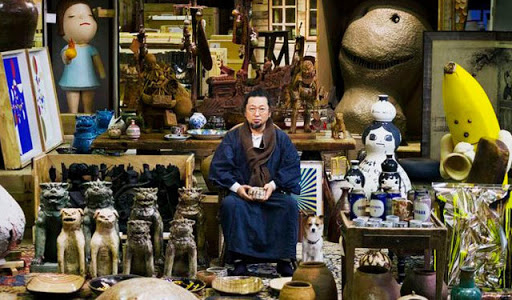 Murakami is a well-known, prolific Japanese contemporary artist specializing in the “blurring line between high and low art”. His diverse range covers “Cartoon” like paintings circumpassing “The Quasi minimalist sculptors” to “the giant inflatable balloons”. Murakami has featured books like Gejutsu Kigyoron, Gijutsu Tosoron, Superflat, Little Boy:
The Arts of Japan’s Exploding Subculture, etc. Murakami has held many exhibitions, and the most recent one is the STARS: Six Contemporary Artists from Japan to the World, Mori Art Museum, Tokyo. 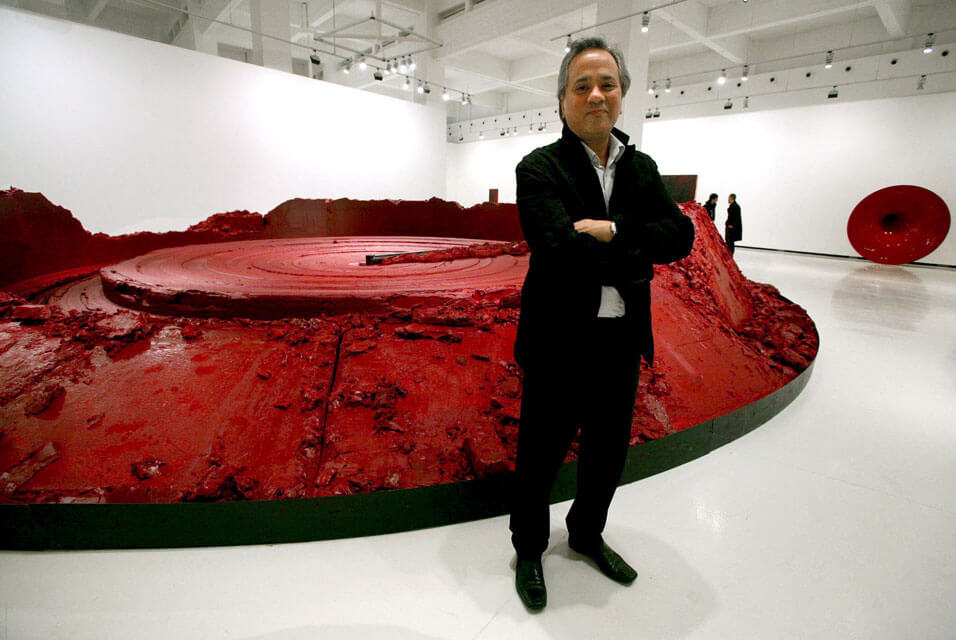 These are the most hyped works from Anish Kapoor. Kapoor’s work, Leviathan, was the annual Monumenta installation for the Grand Palais in Paris. Kapoor described the work as: “A single object, a single form, a single color… My ambition is to create a space within a space that responds to the height and luminosity of the Nave at the Grand Palais”. Kapoor added a different essence to the architectural designs he created and has been a recipient of Artistic Accolades, numerous Civilian Honours, Honorary Fellowships of London University, LEDS University, University of Wolverhampton, Royal Institute of British Architects, etc. 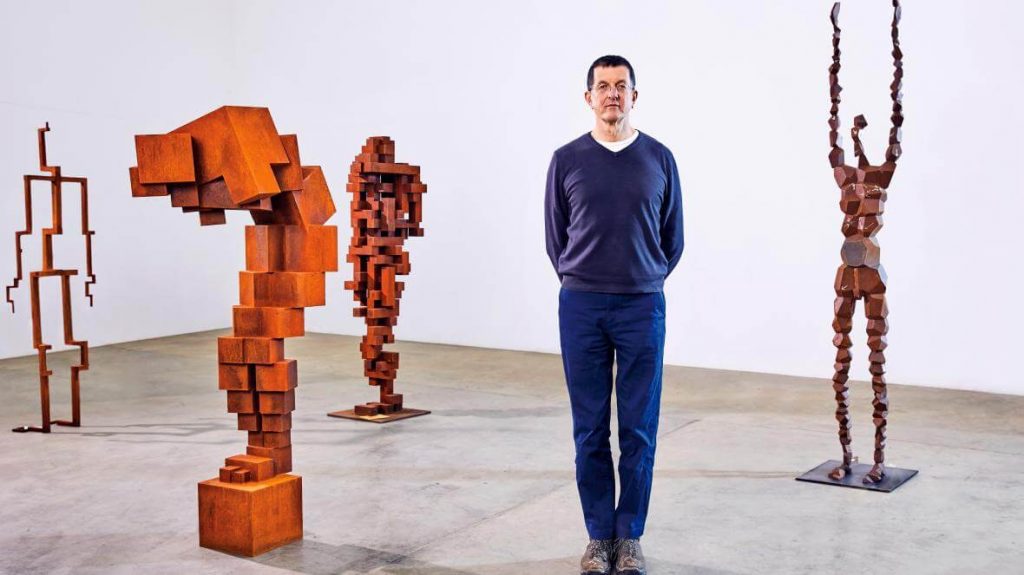 Gormley began his career with a solo exhibition at “Whitechapel Art Gallery” in 1981. Almost all his work is his own body subject used in many works as the basis for metal casts. He has always described his work as “An Attempt to Materialize the Place at the Other Side of Appearance Where We All Live”. Gormley is an honorary fellow of the British Royal Society of Arts and The Royal Institute of British Architects; he has won the Turner Prize and has been awarded the Laurance Olivier Award for outstanding dance achievement the set design. Some of his well-known works are: 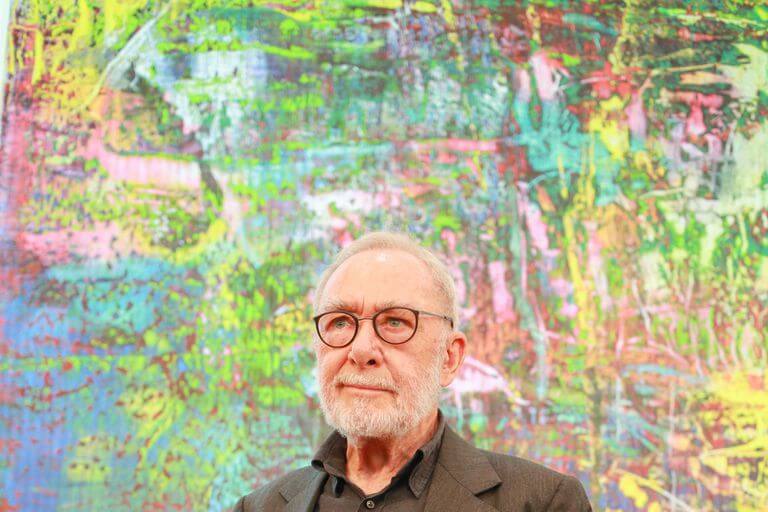 Gerhard Richter is a visual artist. Richter has produced abstract as well as photorealistic paintings, and also photographs and glass pieces. He is widely regarded as one of the most important contemporary German artists, and several of his works have set record prices at auction. Nearly all of Richter’s work demonstrates both illusionistic space that seems natural and the physical activity and material of paintings as mutual inferences. He especially works on Blur-famed paintings, and it is said that Picasso and Jean Arp inspire Richter. Following are some of the excerpts from his compilations: 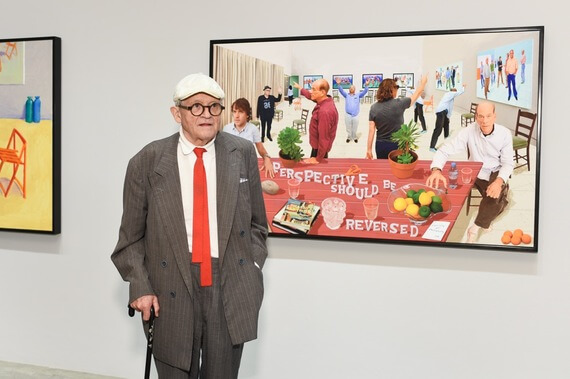 David is an English painter, draftsman, printmaker, stage designer, and photographer. Hockney has experimented with painting, drawing, watercolor, photography, and many other media, including a fax machine, paper pulp, computing applications, and iPad drawing programs. His subject of matter of interest ranges from still lives to landscapes, portraits of friends, dogs, and stage designs for the royal court theater, Glyndebourne, and the Metropolitan Opera in New York City.

An artist lives the number of paintings he makes, every painting has its story, and the artist himself writes the story. So these were the top 10 highest-paid artists in the world.