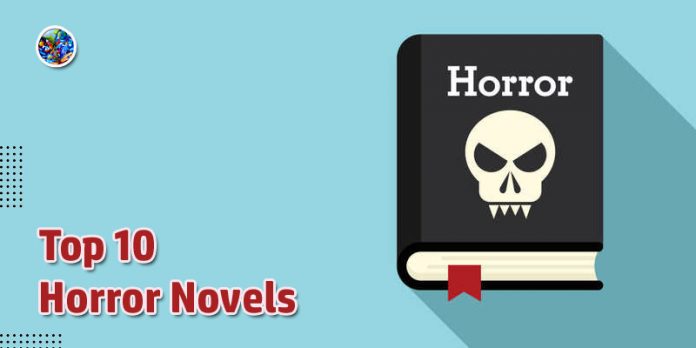 Writing horror is not just about writing a scary plot. It explores emotions like fear and creepiness in a realistic manner, where the goal is to transport readers into a chilling atmosphere. The best thing about horror as a genre is that a well-written horror story or novel can reintroduce the reader to their intrinsic fears. Each reader perceives the story as a different version of his/her own unique experience while being a part of the story. If you enjoy reading horror, here are some amazing novels that are rightly rated among the 10 top horror novels to ever be written. 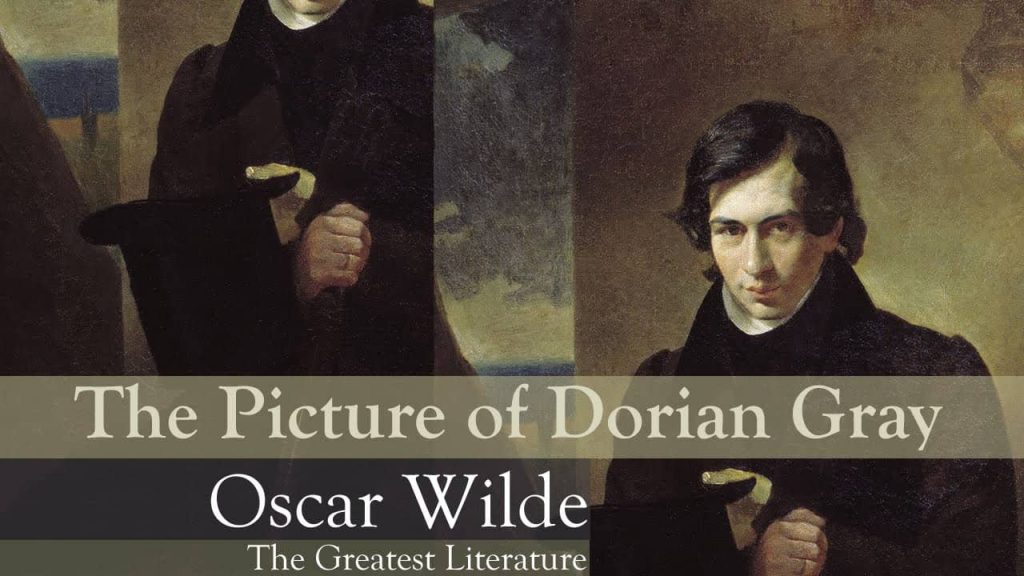 First published in 1890, the novel revolves around the decision of a young male to remain eternally young and handsome. To this end, he traded his soul with the devil. No clear antagonist or a ‘villain’ figure emerges in the storyline though. The constant feeling of something dangerous breathing behind your very back never leaves you throughout the journey of the book.

The Picture of Dorian Gray portrays a gradual and intricately detailed breakup of the main character, Dorian Gray, his thought process and his morality to make such a decision at the same time emphasizing his luxurious and vain lifestyle. The apt depiction makes it one of the top 10 horror novels ever written.

The writer also focuses on how the desire to seek pleasure and vanity slowly disintegrates and morphs humans into morally disfigured and dangerous beings. Dorian Gray is a pitiful fool, who seeks tragedy in the name of beauty. As his obsession slowly cracks his being and leads to his undoing, the story leaves readers with a chilling discomfort, forcing them to reevaluate their own disfigured personalities. 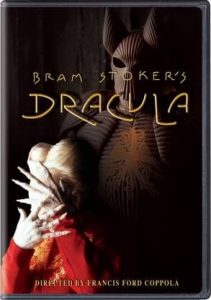 Written by Bram Stoker in 1897, this book is the original Dracula novel. It follows the bone-chilling events happening at the manor of Count Dracula. The Count is based in Transylvania and seeks the help of Jonathan Harker to purchase a house in London.

The storyline revolves around the quest of Count Dracula to shift to a new city and home to breed more ‘undead’ beings like himself and normalise his cursed hunger for blood. What makes Dracula such a gripping horror story is the way it creates bone-chilling events and showcases the gradual increase of paranoia as utterly horrifying incidents occur one by one in the city.

As Jonathan Harker discovers what Dracula has been up to, the events start spreading like a plague. The novel feels like an ever-growing melody, full of gloom and creepiness that slowly crescendos to its climax as people attack Count Dracula. This novel is a must-read if you like reading about vampires and enjoy historical storylines. 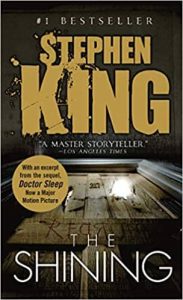 The Shining showcases how a suffering man ascends to a state of insanity. For many, this is the best horror book ever written. The story revolves around the life of Jack Torrance and his family as they work as caretakers for the Overlook Hotel during winters, and how their stay results in a turn of unexpected and sinister events that slowly crumbles the family.

Written by Stephen King, published in 1977, The Shining features an intricate storyline that holds immense power over the readers in a hauntingly compelling way. King depicts Jack Torrance in a pitiful, sympathetic manner as someone desperate to provide a satisfying life to his family.

As the incidents escalate around the family, the hidden violent past of the house and its desire to get Jack’s son Danny come to the fore. That gradually throws the readers into the scary world as everything builds up to insane helplessness with each incident scarier than the first. That’s what makes it an obvious choice for our list of the 10 top horror novels. 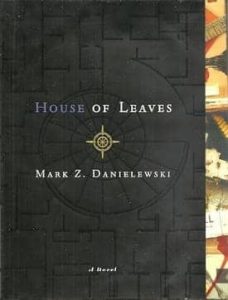 Published in 2000, the debut novel of Mark Z. Danielewski is mind-bending sorcery that keeps the readers on their toes. The main plot revolves around a house that seems bigger in comparison to its exterior appearance, and the family residing in the house.

With a whopping 700 pages, the storyline in itself is a scary commitment. However, what makes it even more compelling and intriguing is the way it is presented. The author used multiple narrators within the same storyline to create an entangled storyline of various stories being told to create one single storyline in a disjointed and horrifying manner.

How the events are recorded is impressive. And, as the storyline progresses, the maze-like structure becomes complex and pushes the readers to the verge of madness time and again. With various footnotes, fake interviews, multiple narrators, various points of view, seemingly skewed narratives, the novel is a smartly written and organized piece to instill the sense of horror building within the Navidson family into the minds of readers. 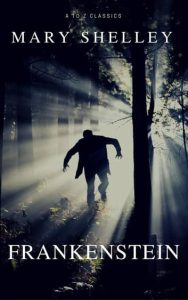 Alternatively called The Modern Prometheus, the horror novel was authored by Mary Shelly at the young age of 18. Published in 1818, it went on to be a bestseller and one of the top 10 novels ever. It’s about an unorthodox experiment by a young scientist, which results in the creation of a human-like creature. The protagonist, Victor Frankenstein is an ambitious scientist, who succeeds in creating new life, an artificially synthesized human being.

The author shifts focus onto humanity and its approach towards the ‘monstrous’ creation. As the scientist himself abandons his creation, the grotesque creature wanders alone around humans searching for a father and faces the horrors of what humankind can turn into.

Facing hatred and disgust, the creature suffers at the hands of humanity. That makes readers feel scared of the demons that gradually brew within. Though Frankenstein is remembered to date; the lesson of fearing ourselves as a whole, and the actual monstrous nature of human beings written within the novel is still an eye-opener for all. 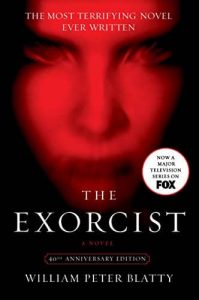 Published in 1961, this book by Blatty focuses on the suffering of the main characters and the life and death situations occurring throughout the storyline. Also, it walks us through the feeling of triumph over a seemingly insurmountable enemy. The Exorcist is one of the most terrifying horror books ever with an encouraging message. The protagonists overcoming the “unseen” adversities provide readers with a sense of relief, eventually.

The plot is well written with each character undergoing a beautiful dissection with enough understanding of their plight and their importance for the plot. With well-established characters and a sense of dread seeping from the start through the words of Father Damien Karras, the author teleports readers into the darkest parts of their imagination. He makes readers imagine horrific scenes that become scarier with the sense of helplessness seeping through each character.

7. Let the Right One In – John Ajvide Lindqvist 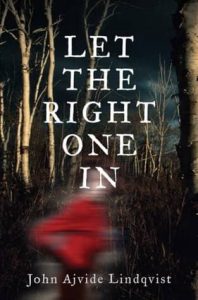 “Let The Right One In” saw the light of the day in 2004, and continues to intrigue, scare and impress readers across generations and geographies. The author, JohnAjvide Lindqvist threw a new light on the age-old and repetitive genre of vampire horror storylines with his debut novel. Think of the story as an adolescent love story blooming in the middle of horror and turmoil.

The plot revolves around a student, Oskar, a victim of bullying in school, and his new neighbor Eli. Oskar finds support in this so-called new friend, who is seemingly a white-skinned person, and only shows her face at night. Interesting, isn’t it? The storyline is built around these two characters as they go through various incidents.

The story evolves magnificently to paint a bloody and gory picture. As the horrifying deeds of Eli come to light, how the two characters fall apart and capture themselves with the help of each other and their acceptance of the other under the influence of their feelings knits a beautiful tale. Mind you, the tale is colored with horrifying and bloody incidents and decorated with the evolving love between the two. 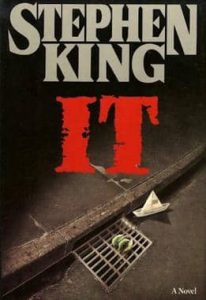 Another creation of Stephen King makes it to our list of the 10 top horror novels ever. Published in 1986, the horror story revolves around a dark existence that preys on children. With its uncanny and detailed description of the gruesome events, the book is considered one of the best books in American literature across all genres.

The book depicts ’it’ as an entity that survives on fear. The story revolves around the lives of people in the ‘50s with the main characters encompassing a set of kids stereotyped in various categories. It also details the diversity of various pre-adolescent identities. The antagonist, on the other hand, is a being who is annoying and mystical with an existence shrouded in a veil of trickery and malice.

You might not find the climax of the book to be satisfying but the storyline in itself is a beautifully terrifying journey with the visions of a clown that kills kids and has the uncanny ability to obliterate their fear and create a sense of faith in them. 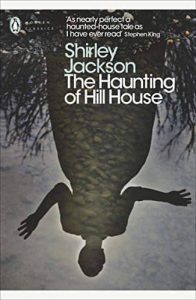 The book goes through the journey of a doctor who tries to procure the being of paranormal entities scientifically. Published in 1959, it’s easily one of the best horror books written in the 20th century with its nuanced and detailed descriptions, as well as an aptly horrifying plot and a perfect climax. The book follows Elanor Vance and Dr John Montague, and some other characters, as they gradually investigate a Hill House, and it’s maze-like existence to prove supernatural existence.

The house for some reason is always shrouded in mystery, and seemingly never sticks to the same architecture, making it very unsettling for the visitors. And as dread runs through the walls of the house like a breathing entity, the crumbling state of Elanor’s sanity gradually increases until it comes to a screeching halt and concludes perfectly.

The house is depicted as a living being in a way and can be considered as the antagonist of the storyline. Call it an evil existence that cannot uproot itself from its place and hence moves within itself juggling its rooms like an eternal maze, wreaking havoc on the sanity of its inhabitants. 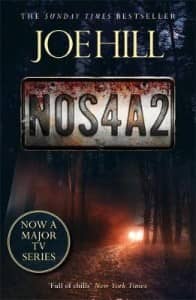 Published in 2013, NOS4A2 has earned a place among the 10 top horror novels ever with an amazing perspective shift on Christmas and the entity of Santa. The author, Joe Hill penned a horrifying holiday escapade clumped with a sense of nostalgia for the readers. The book creates one of the most frightening versions of Christmas to ever exist. The novel creates a simmering tension that suddenly explodes into intensity as it nears its end.

The main plot follows two people, Victoria McQueen and Charlie Manx who have the ability to access things beyond time and space, provided they have the right vehicle. Manx comes across as a skewed version of Santa and the antagonist of the plot with the ability to access Christmasland. Victoria is the only person to ever escape from Manx. Seeking retribution, Manx eventually targets Victoria’s son, leaving her to struggle to save him from the supernatural and vicious existence.

So, that was our list of the top horror novels ever written. Choose your pick and enjoy a bone-chilling ride. Feel free to tell us which one was the most interesting to you. For more such riveting content, stay tuned to Dunia Ka Gyan, your one-stop resource for “Gyan.”