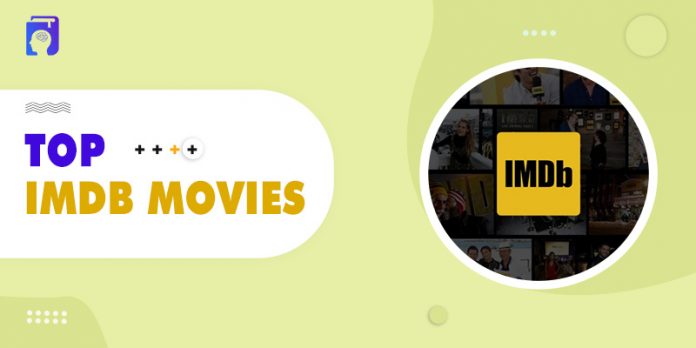 Nothing caters to our entertainment requirements better than cinema. Over the years, cinema has grown and evolved in line with the changing audience preferences. From production practices and technology to cinematography and plots, everything has come of age. However, our cravings for good, meaningful, and distinctive cinema remain constant. So, we rely on audience feedback to learn about the best movies suiting our interest. That’s where IMDb comes into the picture.

IMDb is a review site that grades films based on the most fundamental parameters, such as the narrative, setting, acting, special effects, techniques, and more. In conjunction, these elements determine whether a given movie is watchable. The movie receives more support and participation from the audience as the IMDb score rises.

IMDb serves numerous objectives, but it’s overarching goal is to bring high-quality cinema to the public. The site allows viewers to learn more about the movie as well as its cast and crew. Based on the review, you can decide whether the movie is worth your time and money.

Let’s walk you through the top 10 IMDb movies in the world that have captivated the attention of movie buffs. The movies listed below have the highest IMDb scores ever. So, read on and take your pick.

10 Top IMDb Movies in the World

Adored by a global audience, The Shawshank Redemption has one of the highest IMDb ratings of all time. It was designed to be a narrative that would surprise and impress viewers. Until the climax, the plot keeps you on the edge of your seats guessing what will happen next.

The Shawshank Redemption follows Andy’s years in jail after being wrongfully sentenced for the killing of his better half. Simultaneously, the movie revolves around Andy’s bond with Red, a jail mate. Andy’s jail break after more than 19 years in prison is also fascinating.

The two men’s bond is one of the warmest friendships ever depicted in cinema. That’s what gives the film its breathtaking moments, which lead to one of cinema’s most memorable endings. Each scene conveys a message that viewers will only understand only after the film ends.

The Godfather is ranked number two on the list of the top 100 finest films of all time. This is a cinematic version of an American novelist, Mario Puzo’s famous novel of the same name. The Godfather follows the Corleone family, a family of Italian mafia tycoons, for over ten years.

The plot of the movie is all about Michael Corleone, the eldest son of the don, Vito Corleone, who is fighting to avenge his father when Vito’s boss is murdered. With incredibly realistic, beautiful sequences and many moments that make hearts flutter, the film transports you to the hidden tears of the brutal, unforgiving mafia world.

The Dark Knight, directed by Chris Nolan and released in 2008, is the follow-up to Batman Begins. Following the success of Batman Begins, The Dark Knight maintains its position as the only superhero movie to consistently rank among the finest films of all time. In addition to the primary character Batman, director Christopher Nolan introduces an amazing villain, Joker, in The Dark Knight. The Joker’s performance drew attention and acclaim, making Heath Ledger one of the most coveted actors. The Dark Knight Rises exceeded fans’ cravings for excellent cinema.

The second edition of The Godfather franchise does not feature Marlon Brando in his renowned role, but the movie does continue the storyline of the first edition. The Godfather: Part II revolves around the story of a young Don Vito Corleone, played by the legendary Robert De Niro, who just got into the skin of the character.

Featuring fantastic flashbacks, the sequel follows Michael Corleone (Al Pacino), who takes over the family business following his father’s death. He’s gotten deeper into the criminal world, and his connection with his frail brother Fredo (John Cazale) is tense. A fantastic continuation and a true masterpiece, The Godfather: Part II sticks out for its captivating narrative, superb acting, and impressive music.

12 Angry Men is a court drama featuring a jury of 12 men debating a defendant’s misdeeds. In most criminal cases in the United States, all jurors must agree on whether the defendant is guilty or innocent. What makes the movie unique is the fact that it unfolds in a jury room in entirety, save for a brief scene shot in the lavatory. Only 3 minutes of the 96-minute movie occurred outside of this room.

In a group of people with many diverse personalities, as well as strong and opposing personalities, the film depicts the ways to obtain consensus, as well as the challenges encountered in the process. Interestingly, no character in the movie has a name, give or take a couple of jurors who reveal their names prior to exiting the court in the climax. The accused is referred to as the “little boy,” while they call the witnesses “old man” and “grandma.”“

Schindler’s List was both the most difficult and the most popular of Steven Spielberg’s films. This masterpiece is based on the story of Oskar Schindler who puts everything at stake to rescue Jews in the Nazi-controlled Germany. While Oskar Schindler is a heroic figure, the film stands out for the way it depicts the Holocaust powered by racism.

Excellent acting, screenwriting, and direction distinguish the film. Individual shots are a marvel of art direction, cinematography, special effects, and crowd control. All this makes the movie what it is, a true masterpiece. Schindler’s List, in particular, was shot in black and white for maximum impact. No wonder, the movies went on to achieve 8.9 IMDb points.

7. The Lord of the Rings: Return of the King

The movie brings to life the quest to destroy the One Ring in a spectacular manner. Middle-earth is a fictional location where the events take place. The plot is set on Frodo Baggins (Elijah Wood), a Hobbit, and his mission to demolish the One Ring. The Dark Lord Sauron (Sala Baker), who created the ring, will be destroyed if the ring is destroyed.

All of the issues stated in the first two parts are clarified and answered in this third edition. In addition, with an appealing script, the movie bagged 11 out of 11 Academy Award nominations and 4 out of 4 Golden Globe nominations in 2004. Unsurprisingly, it ranks 7 on the IMDb chart of the top 100 films.

One of the most well-known directors of all time is Quentin Tarantino. His distinct voice, vast cinematic knowledge, and proclivity for blending hysterical comedy with severe violence have influenced a generation of directors. Perhaps, his best work till date is “Pulp Fiction.”

Pulp Fiction received a positive response from both critics and public and went on to become one of the highest-rated films on IMDb. Quentin Tarantino takes well-known criminal stories and gives them a unique spin. The picture is surprising and fast-paced, with nonstop quoted language and a fantastic soundtrack to match.

Clint Eastwood’s western series continues with The Good, The Bad, and The Ugly. This film has the greatest IMDb rating of all time in the cowboy genre. Blondie is a travelling gunman with a strong sense of self-identity (The Good). Angel Eyes (the Bad) is a ruthless assassin who consistently hits his targets. Tuco, a Mexican bandit who only thinks about himself, is the Ugly.

The quest for golden riches is buried in a graveyard against the backdrop of the Civil War. Because each person only has a partial understanding of the gold’s actual location, the three are now completely reliant on one another. This film popularised the Mexican Standoff genre, which is still prevalent in action films.

The Fellowship of the Rings is the first film of The Lord of the Rings trilogy, based on J.R.R. Tolkien’s novel of the same name. It is about the discovery of an antique ring that had been lost for ages. The ring was entrusted to a young Hobbit named Frodo by a remarkable twist of fate.

When Gandalf realises this is the Dark Lord Sauron’s Ring, Frodo embarks on an expedition to Mount Doom to demolish it. The ring has not been destroyed at the end of Fellowship of the Ring, and this is the premise for the sequel to The Lord of the Rings series. The movie was once the fifth highest-earner of all time, grossing over $871 million worldwide.

The article above introduces the top ten best IMDb movies in the world. Many cinema buffs found the majority of these flicks to be incredibly heartfelt. The ranking is based on audience feedback from across the world. Simply watch one of the films on the list to see why it is a critically acclaimed cinematic masterclass. Other great films will emerge in the future, but none of them appears to have the potential to break through this top ten. Now is the time to discover and experience this incredibly intriguing film universe!