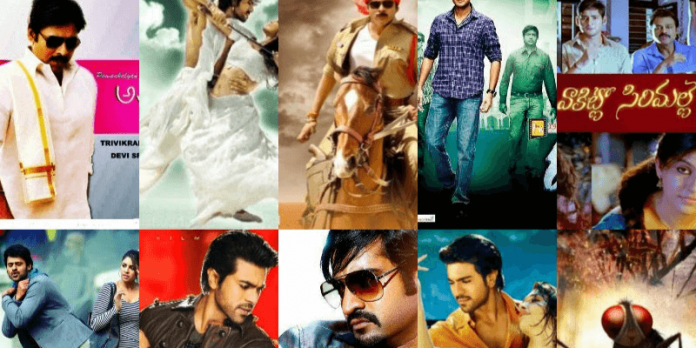 Asuran is a 2019 Indian Tamil-language historical action film written and directed by Vetrimaaran and produced by Kalaipuli S. Thanu. The film is based on Poomani’s novel Vekkai. The film stars Dhanush and Manju Warrier, where the latter makes her Tamil debut. G. V. Prakash Kumar scored the music for the film, renewing his collaboration with Vetrimaaran. The cinematography was performed by Velraj, with editing by R. Ramar. Asuran was released on 4 October 2019. The film’s plot is influenced by the real-life Kilvenmani massacre that occurred in 1968. The film was a commercial success. It will be one among ten Indian films to be screened at the 78th Golden Globe Awards (2021) under the Best Foreign Film category. It was also screened at the 51st International Film Festival of India in Goa, being selected as one of the films under the Indian Panorama section for the year 2020.

Kumbalangi Nights is a 2019 Indian Malayalam-language drama film directed by Madhu C. Narayanan. The directorial debut was written by Syam Pushkaran and jointly produced by Fahadh Faasil and Nazriya Nazim under their production house Fahadh Faasil and Friends, in association with Dileesh Pothan and Syam Pushkaran under Working Class Hero. The film stars Shane Nigam, Soubin Shahir, Fahadh Faasil, and Sreenath Bhasi, along with newcomers Anna Ben, Grace Antony, and Mathew Thomas. Shyju Khalid was the film’s cinematographer, and Sushin Shyam composed its soundtrack and score. The film premiered on 24 May 2019 at the Habitat International Film Festival in Delhi and was released in India and GCC territories on 7 February 2019. It received universal critical acclaim and has been listed by several publications as one of the decade’s best Malayalam films. The film also achieved considerable commercial success at the box office, grossing ₹39 crores worldwide against a budget of ₹6.5 crores.

Agent Sai Srinivasa Athreya is an Indian Telugu-language comedy-thriller film written and directed by Swaroop RSJ and produced by Rahul Yadav Nakka. The film stars Naveen Polishetty as the titular character, along with Shruti Sharma and Suhas. It follows a Nellore-based detective whose life runs into danger when he starts investigating the case of a dead body abandoned near a railway track. The film was released theatrically on 21 June 2019 and received widespread critical acclaim. The screenplay, subject, dark humor, and Polishetty’s performance were highly praised. The film became a commercial success and was considered one of the best Telugu films of 2019. The film was recorded as a blockbuster at the box office. The film is now considered a cult classic of Telugu cinema.

Lucifer is a 2019 Indian Malayalam-language action film directed by Prithviraj Sukumaran and written by Murali Gopy. Produced by Antony Perumbavoor through the production house Aashirvad Cinemas, the film marks Prithviraj’s directorial debut. It features Mohanlal in the lead role, alongside a supporting cast including Vivek Oberoi, Manju Warrier, Tovino Thomas, Indrajith Sukumaran, Saniya Iyappan, Sai Kumar, Kalabhavan Shajohn, Prithviraj Sukumaran, and Nyla Usha. Deepak Dev composed the film’s music, and Sujith Vasudev handled the cinematography. Lucifer was released in theatres worldwide on 28 March 2019. It was also dubbed and released in Tamil and Telugu. The film performed well at the box office. It crossed the ₹50 crore mark in four days, ₹100 crore mark in eight days, and the ₹150 crore mark in 21 days, becoming the fastest Malayalam film to reach all three milestones. It is also the first Malayalam film to gross over ₹50 crores in the overseas box office. Lucifer is currently the highest-grossing Malayalam film ever, grossing ₹200 crores globally.

Ennu Ninte Moideen is an Indian Malayalam-language biographical romantic drama film written and directed by R. S. Vimal, based on the real-life story of Kanchanamala and B. P. Moideen, which took place in the 1960s in Mukkam, Kozhikode. Prithviraj Sukumaran and Parvathy Thiruvothu essay the title characters of Moideen and Kanchanamala while Bala, Tovino Thomas, Sai Kumar, Sashi Kumar, and Lena appear in supporting roles. Music was composed by M. Jayachandran and Ramesh Narayan, while Gopi Sunder composed the background score. The cinematography was by Jomon T. John. Upon release, it received a positive critical response. It was a commercial success, becoming one of the highest-grossing Malayalam films of all time, grossing more than ₹50 crores at the box office.

Arundhati is a 2014 Indian Bengali horror thriller film directed by Sujit Mondal and produced by Shree Venkatesh Films and Surinder Films. The film stars Koel Mallick as a warrior queen. It is the remake of the 2009 Telugu movie of the same name.

Vedalam is a 2015 Indian Tamil-language action film written and directed by Siva and produced by Aishwarya. the film features Ajith Kumar, Lakshmi Menon, and Shruti Haasan and in the lead roles, with Rahul Dev, Kabir Duhan Singh, and Soori in supporting roles. Anirudh Ravichander composed the film’s music and score, while Vetri was the cinematographer, and Ruben was the editor. Production began in April 2015 and was released on 10 November 2015, coinciding with Diwali. It was remade in Bengali in 2018 as Sultan: The Saviour. The film focuses on a former gangster and mercenary named Ganesh, who reforms to protect his adoptive sister Thamizh from a ruthless international crime syndicate.

Aruvi is an Indian Tamil-language film written and directed by Arun Prabu Purushothaman in his debut film. The film portrays the events that occur in the life of Aruvi (Aditi Balan), a rebellious young woman who seeks to expose the consumerist and misogynistic nature of modern civilization while attempting to find meaning during a period of existential crisis. Aruvi was produced by Dream Warrior Pictures and was released globally on 15 December 2017. It was praised for the performances of the cast, especially of Balan and the film’s direction.

Dear Comrade is a 2019 Indian Telugu-language romantic action drama film written and directed by Bharat Kamma, which Mythri Movie Makers and Yash Rangineni produce. The film stars Vijay Deverakonda, Rashmika Mandanna, and Shruti Ramachandran. Principal photography of the film commenced in August 2018. The film was theatrically released on 26 July 2019 in Telugu and dubbed versions in Tamil, Malayalam, and Kannada.