Top 10 Interior Designers in the World 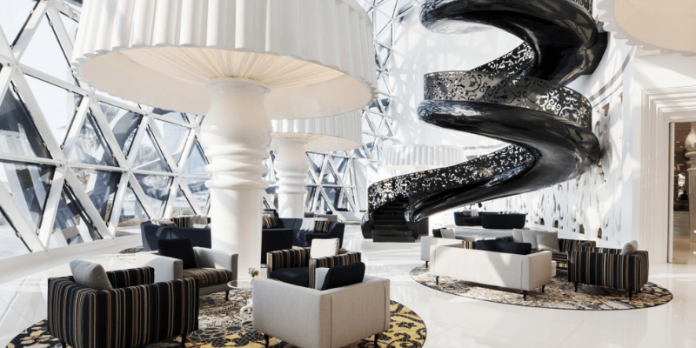 “Beauty perishes in life but is immortal in art” ~ Leonardo da Vinci.

Designers are that set of people who bring beauty to art. A lot of people study and try their best to be innovative in every way possible. But only a handful of them succeed. A designer is born out of that imaginative mind who never fails to reflect it in his work. Our world is full of insightful brainpower. Here is a list of such few interior designers in the world whose hard work brought them from being no-one to being the notable designers who we read about in the magazines in our day to day lives. Each one of them carries a unique and awe-inspiring style and challenges their hardships in every way possible.

Top 10 Interior Designers in the World 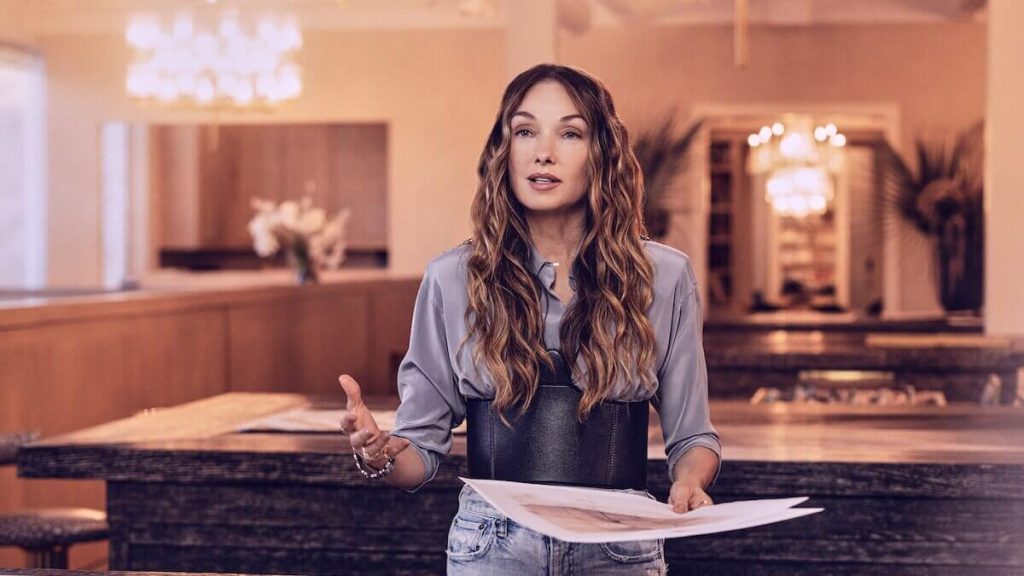 This Decorator, author, branding expert, blogger, outré fashion plate, and interior designer hails from South Carolina, America. She rose to fame beyond California when in 2009, she was dubbed as “the presiding Grande dame of West Coast interior design” by The New Yorker. She describes her design work, especially that of hotels, as a ‘romantic style.’ Her designs are of the maximalist domain and are a mix of modern and historical forms. She has published 4 books by the time domain 2004-2012, namely, Modern Glamour, Domicilium Decoratus, Hue, and Rhapsody. Her top works include VIVIANE at Beverly Hills, Evergreen Residence in Washington, Four Seasons Anguilla, and, most recently, Proper Hotels in San Francisco, Los Angeles, and Austin. 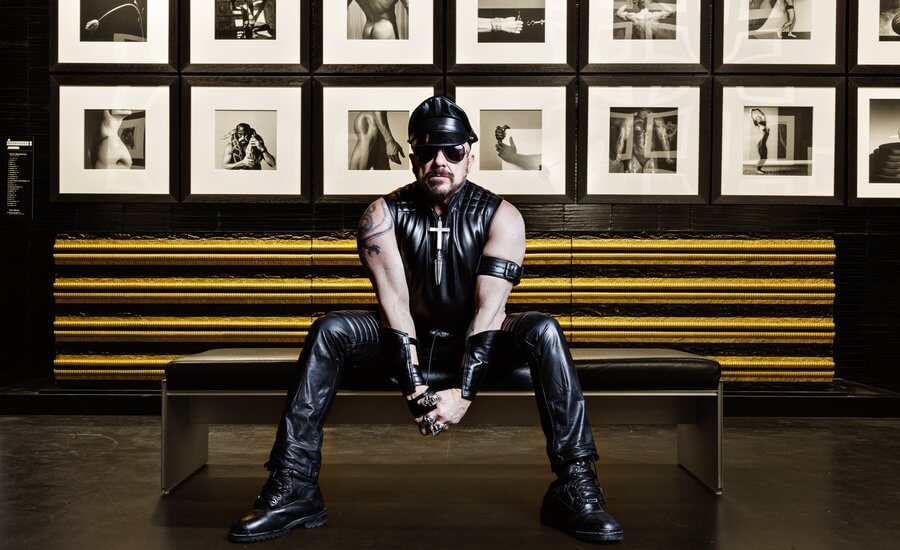 Peter Marino, an America based artist, is a famous name in the world of Fashion. His style is extremely integrated and focuses basically on aesthetics. This talent has by the date designed the fashion studios of the world’s top brands such as Chanel, Dior, Bulgari, Hublot, Fendi, and Louis Vuitton! His residential project reflects impressive art displays and luxe materials. In 2012, the French Ministry of Culture awarded Marino with the title ‘Chevalier de l’Ordre des Arts et des Lettres.’ Marino describes his journey to the date by stating, “It’s been amazing to me.” He adds, “considering that my best work has never been published, that I got as far as I did. But the right people see the right homes, I suppose.”

Martyn is an English interior designer born in London, England. Also an author and a television personality, Martyn is currently based in Los Angeles. Bullard is a famed celebrity house designer who has decorated homes of big names such as Kylie Jenner, Elton John, Khloe and Kourtney Kardashian, and Cher. This personage has been steadily named as one of the world’s top 100 designers by Architectural Digest. Martyn’s style has been labeled as “Hollywood glamour meets ethnic exotica.” To an expert’s view, his style is a mixture of luxury, sophistication, fearlessness, and comfort, where he uses extremely detailed use of colors and texture. 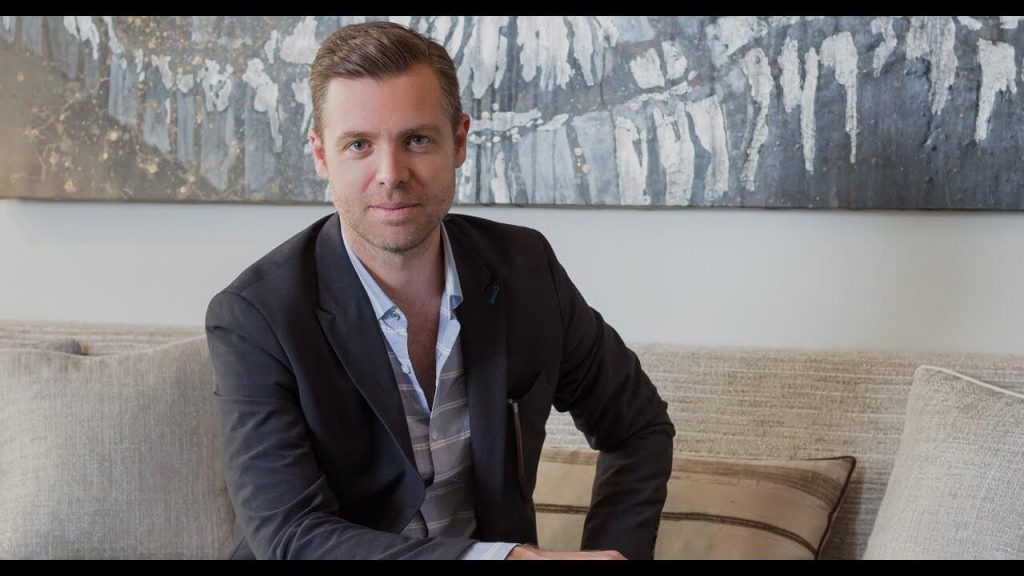 The extraordinary French Interior Designer, born in Paris, has long been in the world of creating atmospheres. Acknowledged for his wide-ranging, metaphorical interior designs, he combines diligent analytical training with a natural sense of aesthetics. He is well known for his bold and contemporary design pieces, and this ability has led him to collaborate with Jean de Merry, Pouenat, Collection Pierre, Bronze d’Art Francis, George Smith, and Marc de Berny for lighting collections and furniture. 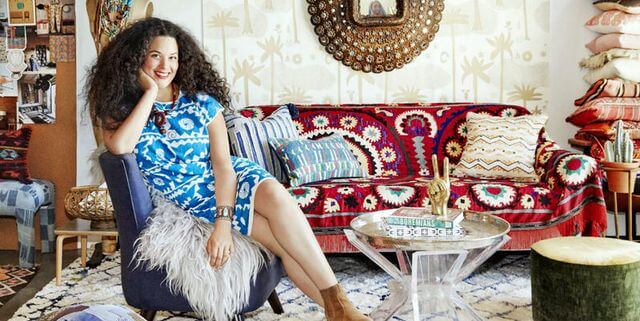 “She may be one of the most prominent figures in the contemporary design world.” comments Domino Magazine on Justina, who is known for her ‘boho’ aesthetic designs. This lady is a modern interior icon and founder of ‘The Jungalow’ – coined by combining jungle and bungalow. This is a design style that celebrates color, patterns, and plants reflected in Home décor, apparel, art, and more. Blakeney, being an artist and a designer, is also an author of The New York Times best-selling book, The New Bohemians. Her designs for fashion retailer Moda Operandi, involving portraits of fashion models such as Grace Jones, were featured in Vogue Magazine, and along with it, her house was featured in the interior decorating magazine House Beautiful. 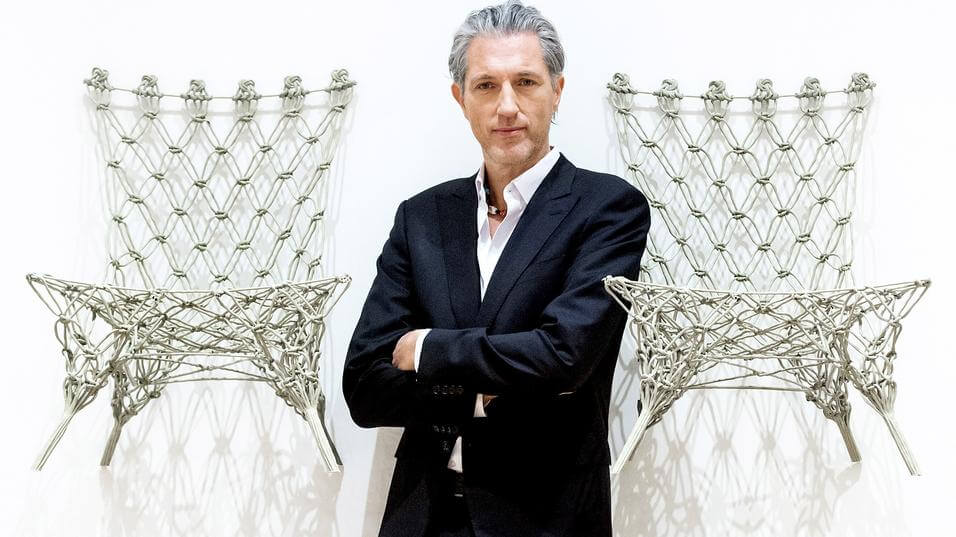 An architectural, interior, and industrial Dutch designer, Marcel wanders; also a director at Marcel wanders studio in Amsterdam. The multi-layered interior is his specialty, and in the same field, he has some notable projects such as a few private residences in Amsterdam and Mallorca, Andaz Amsterdam Prinsengracht, the Mondrian South Beach hotel in Miami, The Villa Moda flagship store in Bahrain, Kameha Grand hotel in Bonn and Quasar Istanbul Residences. In 2006, Elle Decoration elected him as International Designer of the Year. 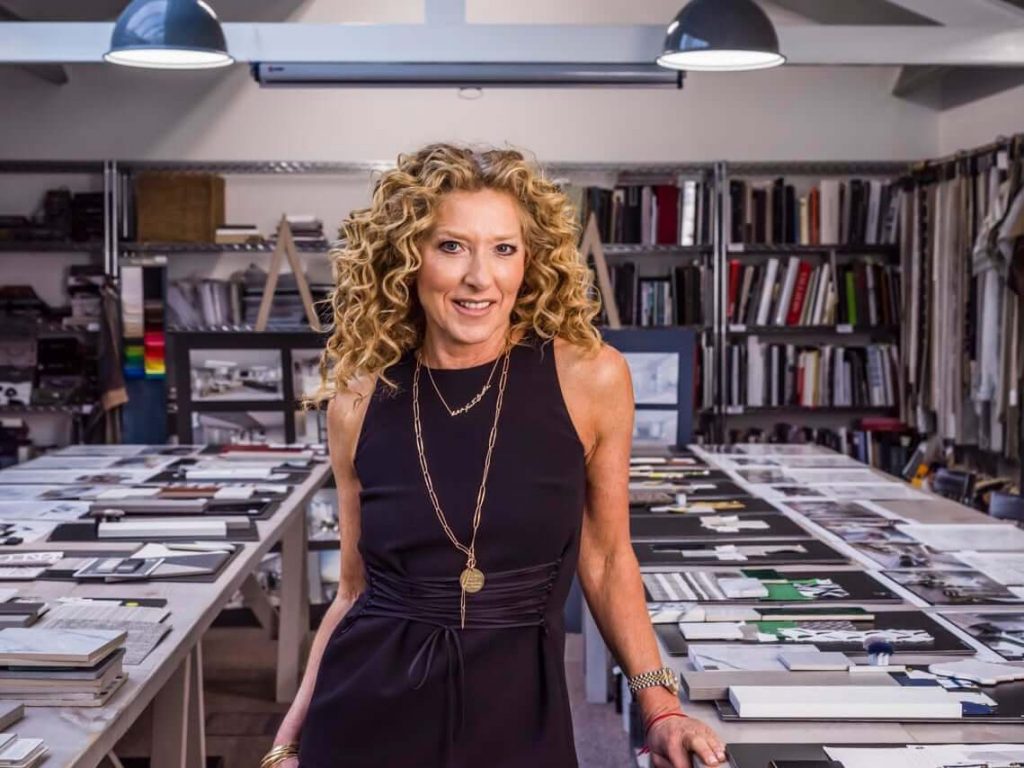 With thousands of projects over the last four decades, this passionate interior designer is now one of the most-sought designers of the generation. Kelly Elaine Hoppen, a South African born, is now a British interior designer, an entrepreneur, author, and proprietor of Kelly Hoppen Interiors. She is known for bringing a change in the world of design by her style, ‘East meets West.’ Some of her notable works include a Traditional home in NY, which is a fusion of vintage and mid-century modern style, The Loft project and Hampstead Lane both in London, The Barkli Virgin Hotel in Russia, Lodha Estrella in Mumbai, India, and many more to count. 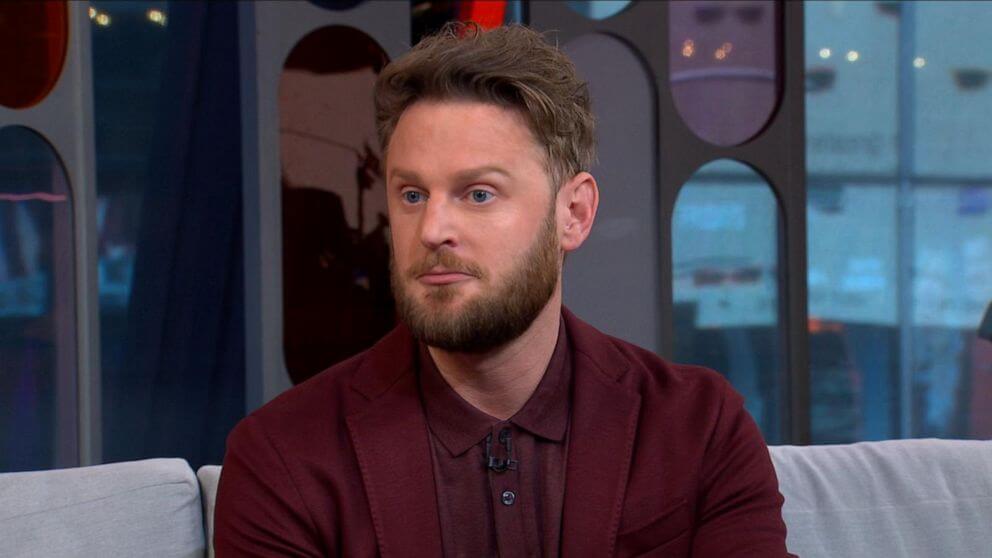 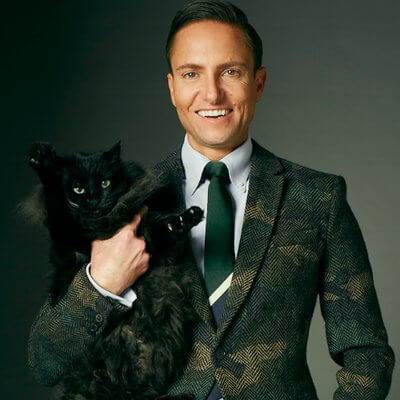 Known for his Vibrant and Cinematic style, he is the designer of choice for innovators such as Veronica Beard, Sean Parker, Pharrell Williams, and Kevin Systrom. This Virginia born designer has expanded his impact worldwide and is responsible for San Francisco’s and New York’s Buzziest hot-spots such as Felix Roasting Co., Leo’s Oyster Bar, and Saint Joseph’s Arts Society. 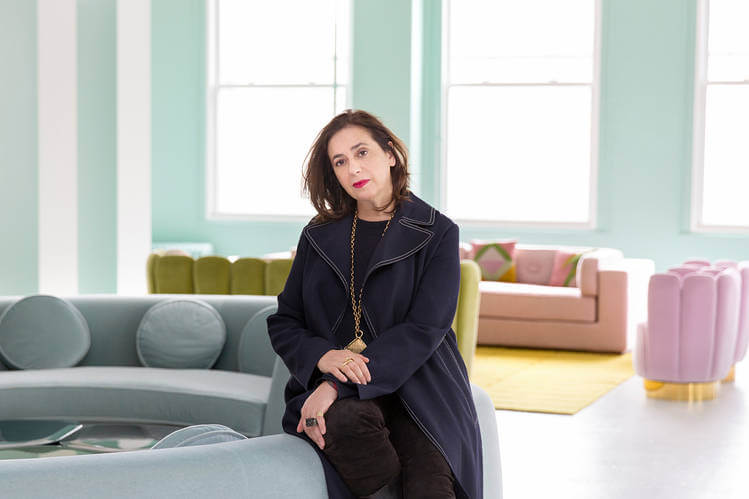 Mahadavi, a French-Iranian architect and designer, is popularly known for her furniture designs and interior spaces. “I really think of myself as the French word message,” says India. Her style is a fusion of elegance and cartoonish color. Mahdavi’s notable projects include Rivington Hotel in Manhattan, the Hotel du Cloitre in Arles, Monte Carlo Beach in Monaco, Coburg Bar at London’s Connaught Hotel Townhouse Hotel in Miami.

These intellect minds have always proved that with Talent and perseverance, everything is possible. Each one carries uniqueness and a style of its own. Being a designer is a noble profession that requires proper diligence and a creative brain. When you look up around yourself, the bench you sit on, the bed you lay on, and the wardrobe you rely on for your stuff are all a result of a designer’s mind.