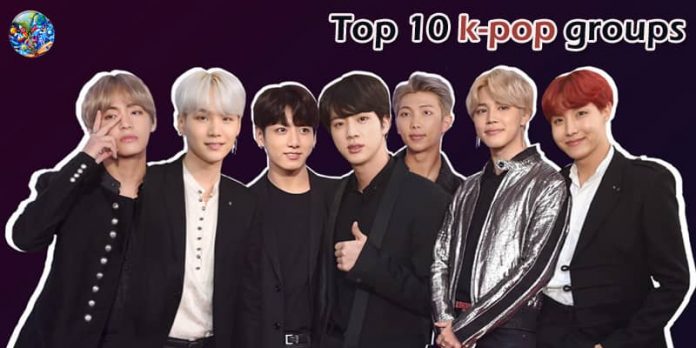 A decade back in history, and people rarely knew about any K-pop groups. It is surely wondered how groups like BTS and Blackpink today stand at a global success unknown to all years ago. Also, there are always rising stars set on becoming the best K-pop Group in the world. So here are the still emerging and quite successful K-pop groups. 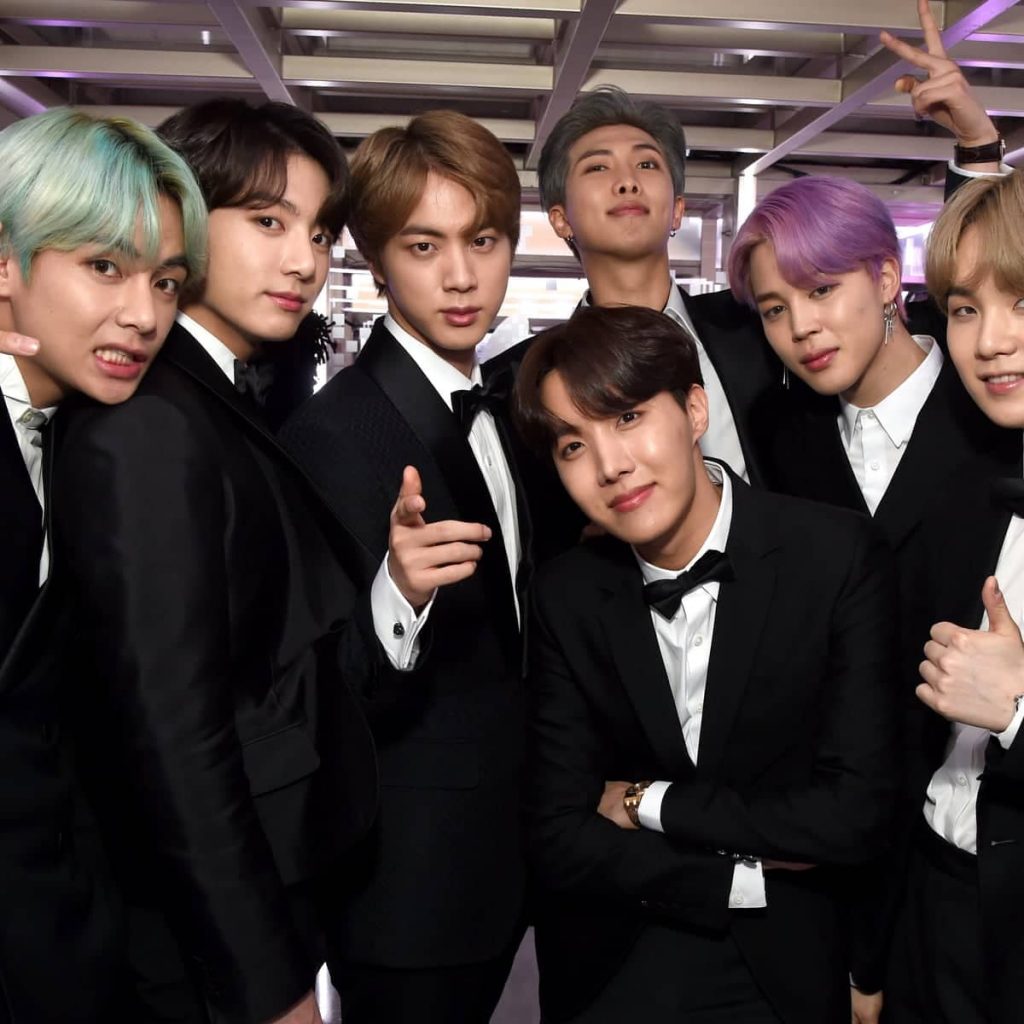 BTS, also known as Bangtan Boys, is a South Korean Boy band consisting of seven members: RM, Jin, J-hope, Suga, V, Jungkook, and Jimin. The band started forming in 2010 and debuted in 2013 under the label of Big Hit Entertainment. The septet co-writes and co-produces much of their own input. Originally a hip-hop group, their style has evolved into including a wider range of genres. The group’s second Korean studio album, Wings (2016), was their first to sell one million copies in South Korea. By 2017, they crossed into the global music market, leading the Korean Wave into the United States and breaking numerous sales records. In 2020, BTS became the first all-South Korean act to reach number one on the Billboard Global 200 and US Billboard Hot 100 with their single “Dynamite” and remix of “Savage Love (Lax – Siren Beat)”. 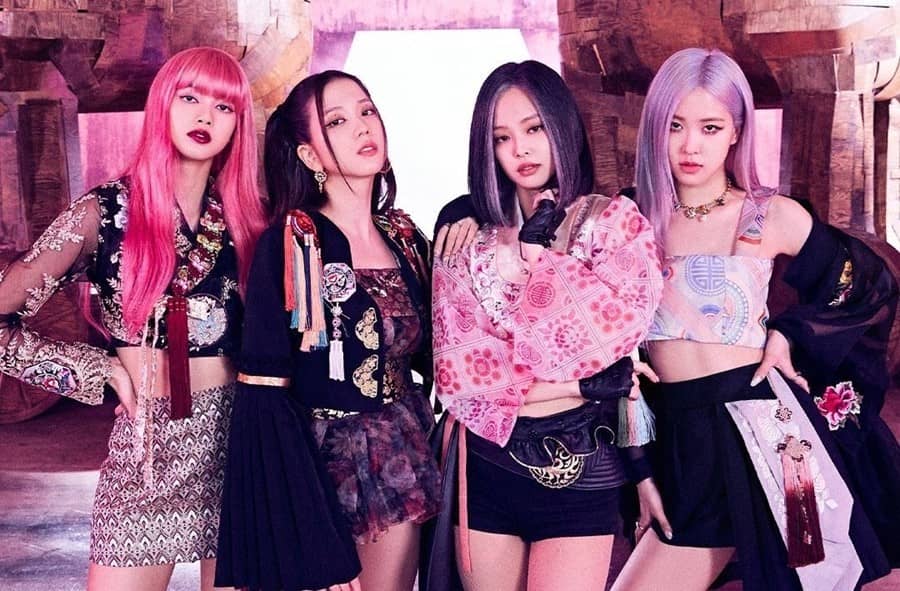 Blackpink is a South Korean four-member girl group formed by YG Entertainment, consisting of Jisoo, Jennie, Rosé, and Lisa. The group debuted in August 2016 with their single album, Square One. Blackpink is the most successful group internationally and was the first all-female K-pop band to perform at the US festival Coachella. It continues to break records as their fandom rises. Blackpink has broken numerous online records throughout its career. Their music videos for “Kill This Love” (2019) and “How You Like That” each set records for the most-viewed music video within the first 24 hours of release. They shine not just as the music starts but also stand out for their social work and were formally appointed official advocates for COP26 in Seoul. 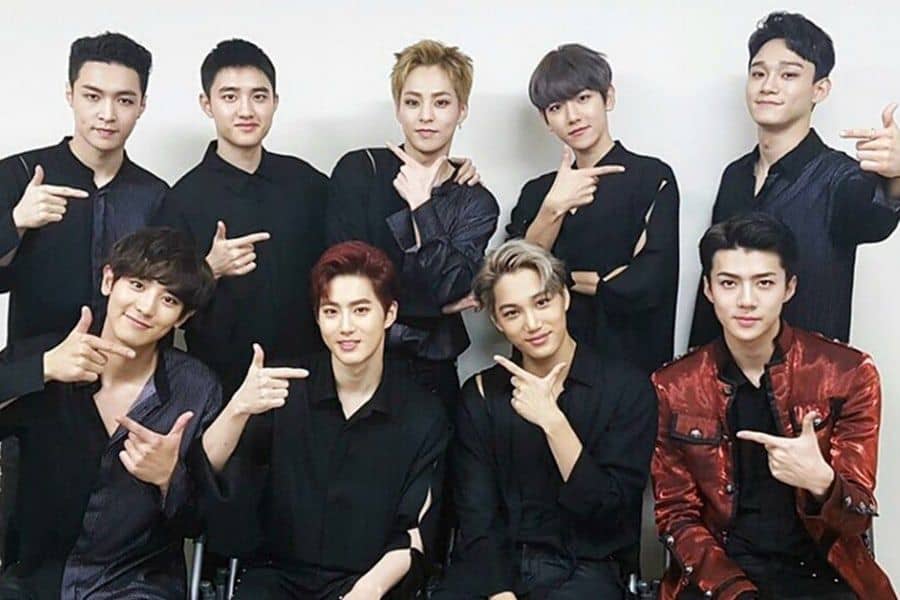 Exo is a South Korean-Chinese boy band, formed by SN entertainment in 2011, who debuted in 2012. Exo consists of nine members: Kai, Xiumin, Suho, Lay, Baekhyun, Chen, Chanyeol, D.O., and Sehun. Also labeled as ‘Kings of K-pop’, their music primarily incorporates pop, hip-hop, and R&B, including electronic dance music genres such as house and trap. Each member of the group also maintains solo careers in music, film, and television. Exo has won numerous awards throughout its career, including five consecutive Album of the Year awards at the Mnet Asian Music Awards and two consecutive Artist of the Year awards at the Melon Music Awards. They have performed over 100 concerts across four headlining tours and multiple joint tours. 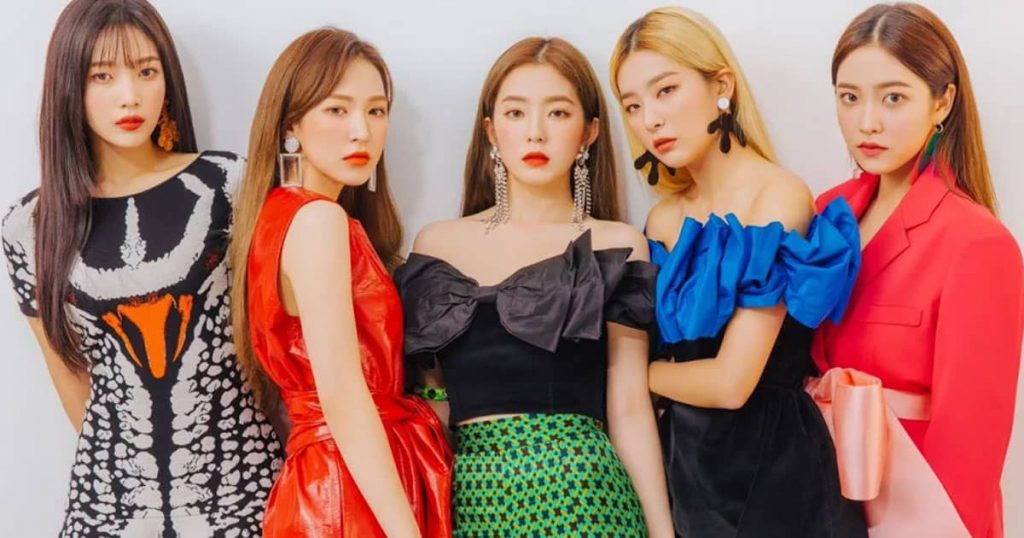 Red velvet is a five-membered South Korean girl group formed and managed by SM Entertainment that debuted in 2014 with four members, namely Irene, Seulgi, Joy, and Wendy, and the 5th member, Yeri, who joined the group in 2015. On the music front, the work of Red Velvet reflects their own group name: they are predominantly pop “red” side experiments occasionally with electronic, funk, and hip hop, while their “velvet” side focuses on ’90s-influenced R&B with elements of ballad and jazz. Red Velvet is widely praised for its diverse discography and “hook” songs, receiving numerous accolades throughout its career. 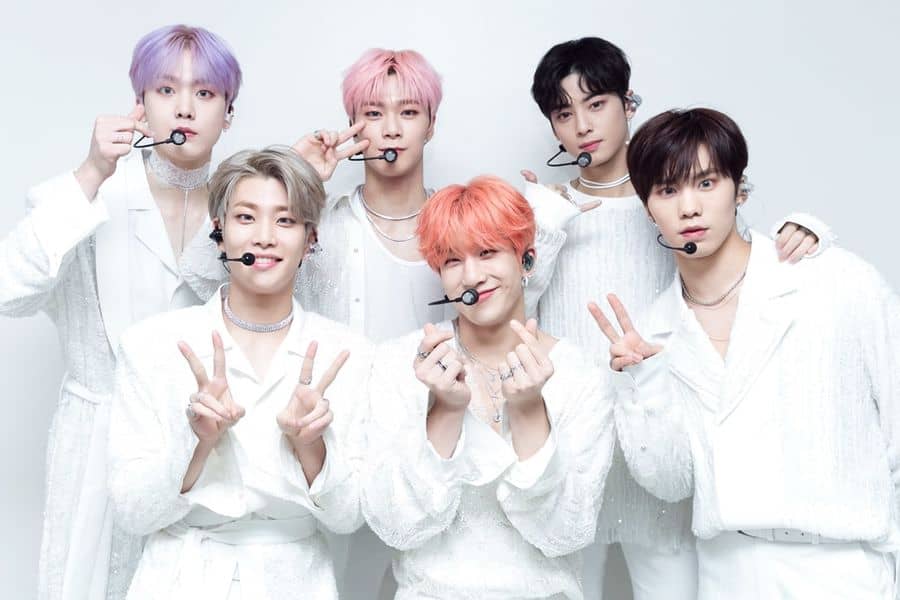 Astro is a South Korean boy band formed by Fantagio. This six-membered group consisting of MJ, Jinjin, Cha Eun-woo, Moon Bin, Rocky, and Yoon San-ha debuted in 2016. During Pre-debut, the boys were known as Boys. They also starred in a web drama series titled To Be Continued. Billboard named Astro as one of the best new K-pop groups of 2016. They starred in their own reality show, Astro OK! Ready. Since its debut in 2016, Astro has held showcases, fan meetings, and concerts in several countries like Indonesia, Japan, the USA, Canada, South Korea, and Thailand. 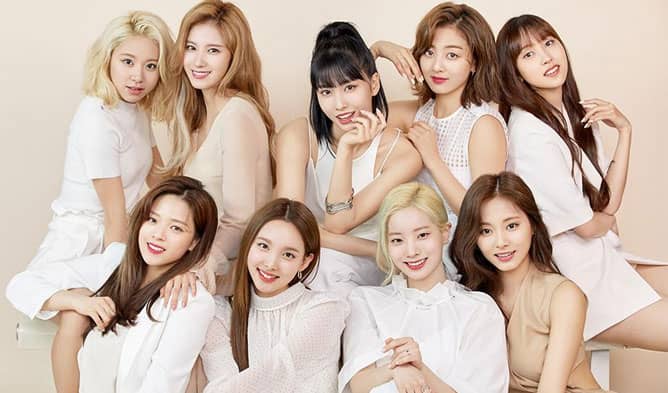 Twice is a South Korean girl group formed by JYP Entertainment. The group comprises nine members Nayeon, Momo, Sana Jihyo, Dahyun, Jeongyeon, Mina, Chaeyoung, and Tzuyu. Twice was formed under the television program Sixteen (2015) and debuted on October 20, 2015, with the extended play (EP) The Story Begins. Twice rose to domestic fame in 2016 with their single “Cheer Up”, which charted at number one on the Gaon Digital Chart. Twice is most notable for their consistent employment of ‘cute’ concepts, further supported by the group’s bubblegum pop sound, which was seen as a departure from the usual retro style of music. 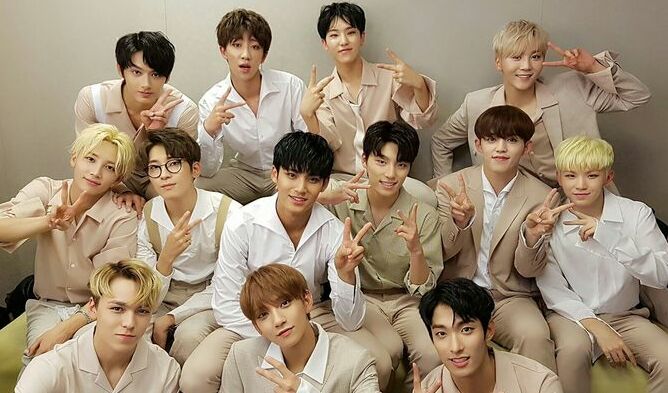 Seventeen is a South Korean boy band formed by Pledis Entertainment in 2015. The group consists of 13 members: S.Coups, Jeonghan, Joshua, Jun, Hoshi, Wonwoo, Woozi, DK, Mingyu, The8, Seungkwan, Vernon, and Dino. The group performs as one group, and the members are divided into three sub-units, each with a different area of specialization: ‘Hip-Hop Unit’, ‘Vocal Unit’, and ‘Performance Unit’. Since its debut, seventeen have released three studio albums and ten extended plays. Seventeen is considered a “self-producing” idol group, with the members being actively involved in the songwriting, choreographing, and other aspects of their music and performances. 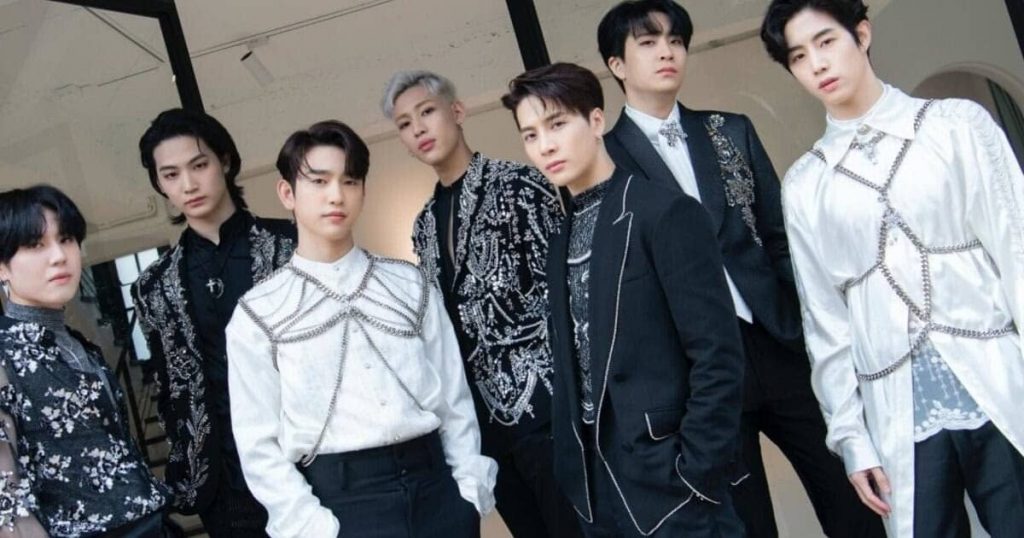 Got7 is a South Korean boy band formed by JYP Entertainment. The group comprises seven members: Jay B, Mark, Jackson, Jinyoung, Youngjae, BamBam, and Yugyeom. Got7 debuted in January 2014 with the release of their first EP, Got It? which peaked at number two on the Gaon Album Chart and number one on Billboard’s World Albums Chart. The group also gained attention for their live performances, which often includes martial arts tricking and street dancing elements. But the group departed from JYP Entertainment on January 19, 2021, following the expiration of their contract with the agency. 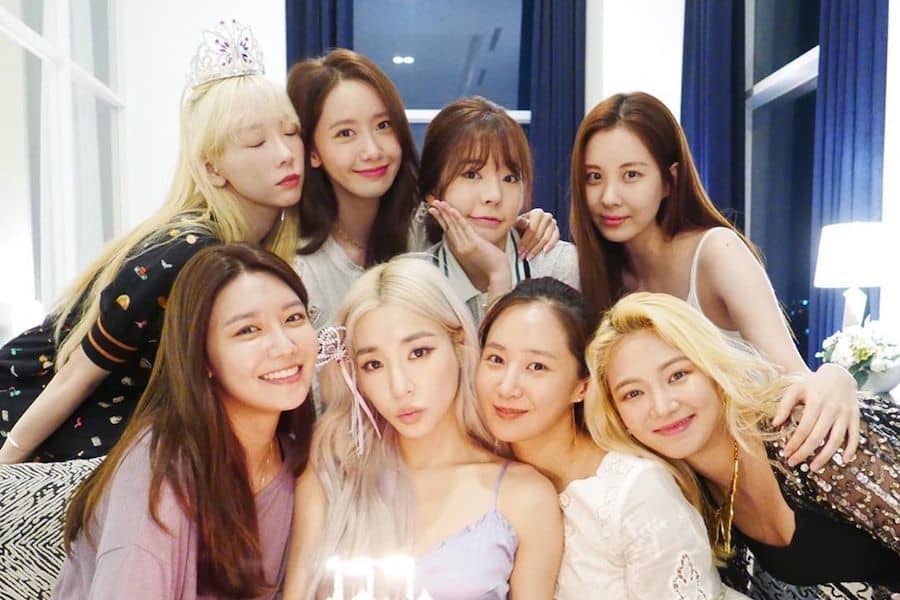 Girls’ Generation is an eight-member all-girl band backed by S.M. Entertainment. Taking Korea by storm since 2007, the group became mega-successful in 2009 with their song “Gee,” which was a chart-topper for over two months and was named the best song of the 2000s decade. The group comprises eight members: Taeyeon, Sunny, Tiffany, Hyoyeon, Yuri, Sooyoung, Yoona, and Seohyun. The group’s signature musical styles are characterized as electropop and bubblegum pop, though their sound has varied widely, incorporating various genres, including hip hop, R&B, and EDM. 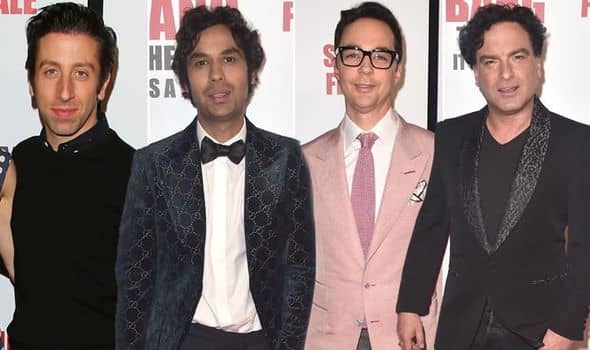 The music of the K-pop industry is quite exceptional, outstanding, and unique in several terms, and the K-pop stars hardly fail to impress us with much better songs and music day by day. Do tell us your favorite K-pop group in the comment section below.