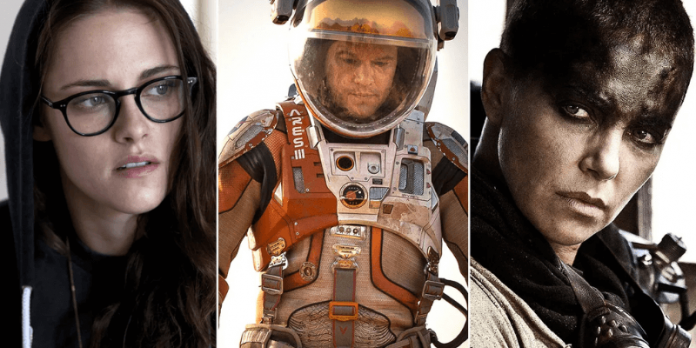 Every year, many movies are released. All of them brings out a different concept. Some are based on motivation, some of them are romantic, thriller, action, suspense,horror everything we can expect for. Some of them got great recognition either due to their story or the cast working in. But there are some movies which receives true love from the fans because of their concept. Now, its seen that people like more patriotic or real- life based stories. But every movie has its own meaning.

Here are some of the best movies of 2015 that are worth watching.

The imbd rating for the movie is 8.2. It is a thriller movie starring Irrfan Khan, Konkona Sen Sharma etc in the main leads.

The story revolves around an investigator who has to deal with a brutal double murder case. The murder of a 14-year old girl and a domestic helper. The case got complicated as they had to investigate the case with three different perspectives as the parents of the girl emerged as prime suspects.

The imdb rating of masaan is 8.2. It is a drama film. The movie starred Vicky Kaushal and Shreya Tripathi.

On the one hand, there is a girl named Devi, who wanted to remove the social stigma of the people about pre marital sexual relationships when she and her father was blackmailed by a policeman countinuously. On the other hand, there was Deepak, a Dom community boy and a polytechnic student, who fell in love with a girl named Shalu, a high caste hindu girl on their trip where they got intimate. When they came back, they faced many problems due to their caste. The story tells us how these two people will fight society and their past thinking.

The imdb rating for the movie is 8.1. It’s genre is drama and thriller. We can see Brie Larson, Jacob Tremblay, William H. Macy starring in the film.

The movie is based on the novel of 2010 of the same name. It is the story of the a woman who was held captive for 7 years and her 5 year old son who was born in captivity. They planned to escape and their plan allow her son to experience the outside world for the first time.

The imdb rating of the film is 8 out of 10. It is of drama genre. The cast of the movie is Nawazuddin Siddiqui, Radhika Apte, Pankaj Tripathi and many more.

It is the story of a man whose wife was ill and didn’t get treated on time as he had to cross a mountain to take her to the doctor. She died while trying to cross the mountain. Out of rage, he decided to dug the mountain and make a way. So that no other person had to face what he had gone through.

The imdb rating for the movie is 8. It is based on drama, crime and thriller. The movie starred Akshay Kumar, Tapsee Pannu, Anupam Kher etc.

The imdb rating is 8 out of 10. It contains action, adventure, drama. The cast includes Leonardo DiCaprio, Tom Hardy etc.

Hugh Glass, a legendary frontiersman, went to hunt with his hunting crew. During the hunt, Hugh was attacked by a bear and was severely injured. Due to this, he was abandoned by the crew for hunting. He used his skills to survive and then decided to plan a revenge on his companion who deceived him.

The imdb rating for the movie is 7.6. The movie has some crime, drama and romance. The movie casts Laia Costa, Frederick Lau

Victoria, a spanish girl had moved to Berlin and used to work in a cafe. Her only problem was that she can only communicate in English. One night, when she was coming out of the club all drunk, she met four boys on her way. They offered her to walk around the city. After that they sat all night drinking and smoking. They all shared their experiences and ended up planning for a bank robbery.

The imdb rating for the movie is 7.6. This is a action, crime and drama movie. This movies starred Benicio delToro, Josh Brolin, Emily Blunt etc.

The storyline of the movie is, there was a drug violence near the USA-Mexico border. The FBI then selected a realistic, ideal agent Kate to look into the case. She was sent on a mission to eliminate the drug which was responsible for a bomb. Due to that bomb, her many team members died.

The imdb rating for the movie is 8.2. It is a crime, drama and mysterious movie. The movie has Ajay Devgan, Shriya Saran, Tabu etc.

So, in this movie a policewoman’s son went missing. Vijay’s (Ajay Devgan) daughter was the last person whom he met. So, she decided to ruin his family in order to find out about her son. She tried all means of interrogating and beating by policeman was done. But Vijay left no stone unturned to protect his family.

The imdb rating of the movie is 7.5. It is a comedy, drama and romantic movie. The movie starred Ayushmann Khurana and Bhumi Pednekar.

Prem, a school dropout was forcibly married to an overweight girl named Sandhya. Sandhya was a teacher. But, Prem was always hesitant to show her as his wife to others. After some time, when he thought they are incompetent for each other, they decided to separate. But they grew closer during a couple race where husbands have to carry their wives. The story tells us how two imperfect persons fall in love.

So, here is the list of some top movies of 2015. All kind of genre movies are made every year and here we have selected some of the best movies. I hope you guys will enjoy watching these.