Top 10 Places to Visit in Jaisalmer 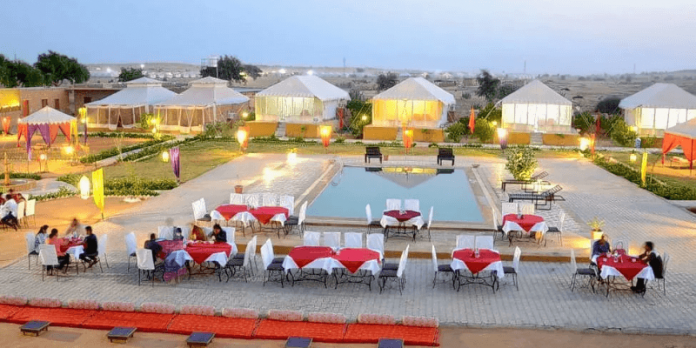 Jaisalmer, which is called the golden city, has many such famous sites that attract tourists’ attention here. In this article, we have introduced some famous places of Jaisalmer here, which no one can forget after seeing them.

Top 10 Places to Visit in Jaisalmer 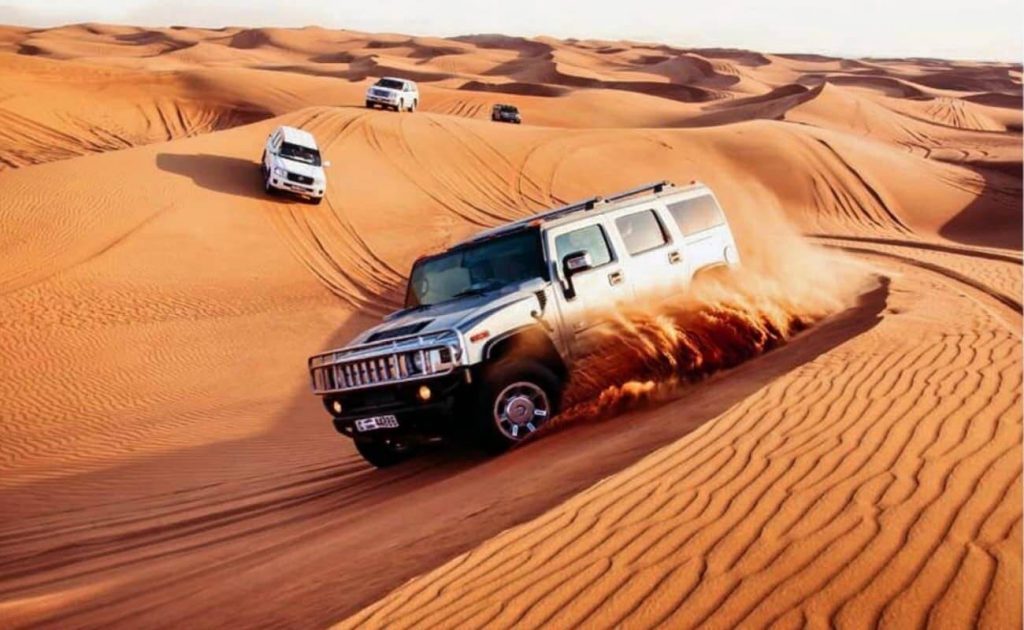 Sam Sand Dunes is surrounded by glorious dunes in the middle of the desert, amidst yellow sandstone buildings. Sam Sand Dunes is a major part of Jaisalmer, which is a center of amazing cultural and amazing beauty across the Thar Desert. Here, the life of plant and animal life is known to keep in touch with nature, travel to the dunes, camel ride, and a cultural program notable for tourists. Along with this, tractors, bikes, etc., are available for rent here, which can be enjoyed here.

Jaisalmer Fort, included in UNESCO World Heritage, is one of the major forts of India. Rao Jaisal built the fort of Jaisalmer in 1156, which is situated on the Trikuta hill. This fort is also known as ‘Golden Fort’ or ‘Sonar Fort’ as it is situated on the golden parts of the Thar Desert. It is also a mini-town because there is not only a fort, but there are restaurants, shops, temples, houses all here. 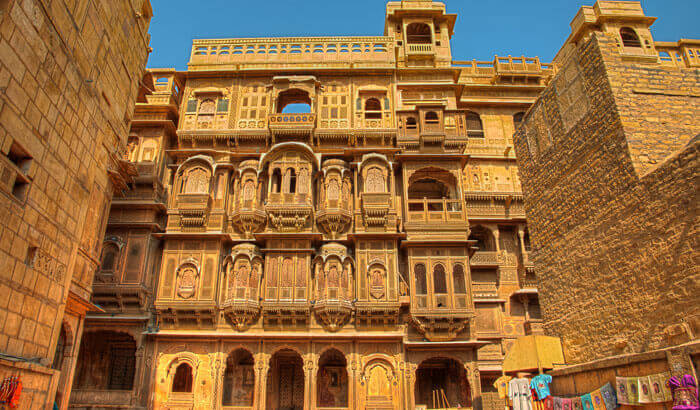 Jaisalmer’s first mansion is located near the Patwa complex in Patwa’s Haveli. In 1805, five mansions were built by Guman Chand Patwa in this palace’s entire complex for his five sons. Its building was constructed with yellow sandstone, which took 50 years to build. Presently, the office of the Crafts Department, State Art and Archaeological Survey of India exists here. 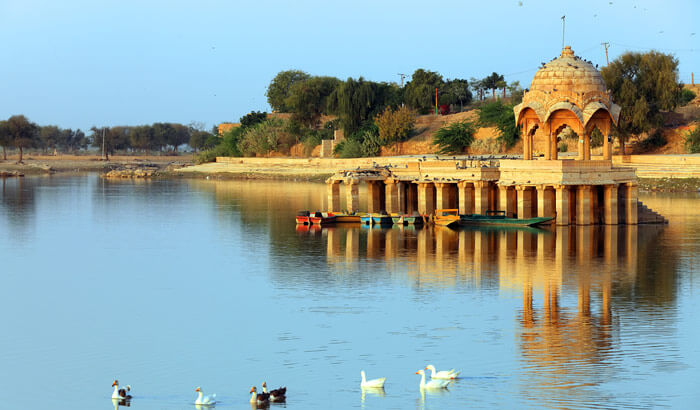 An artificial water reservoir was built in Jaisalmer during the 14th century by Raja Mahrawal Gadsi, which is known as Gadsisar lake. During the rain, rainwater is collected in it, because of this the lake is the main source of rainwater. There is also a ’tilon gate’ on the banks of the lake. 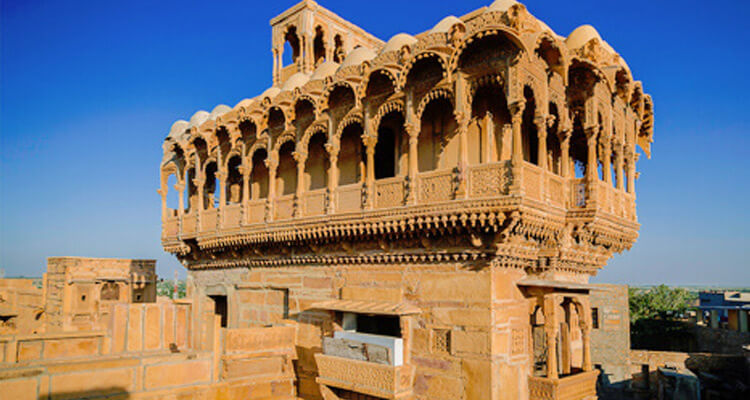 Salim Singh’s mansion is located close to Jaisalmer railway station, which was built in 1815 by Salim Singh as a beautiful building. Its special thing is that its front part looks like a ship, due to which it is also called Jahamahal. The roof of the building remains in an arched form, with blue cheeks. This building has about 38 balconies that are very different from each other, and elephants protect the entrance of the building. 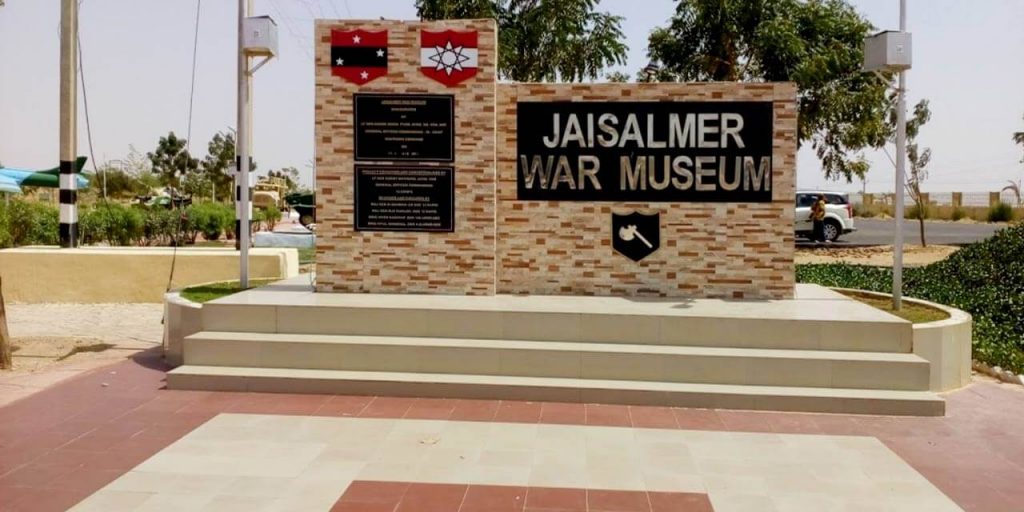 The Jaisalmer War Museum was established in 1971 to honor the martyred soldiers in the battle of Longewala’. It is also known by the name of JWM and was inaugurated on 24 August 2015 on the day of the Golden Jubilee celebrations of the India-Pakistan war. It includes a souvenir, an audio-visual room, two information display halls, old equipment, trophies, military vehicles, cannons, tanks, etc., which are also displayed here. 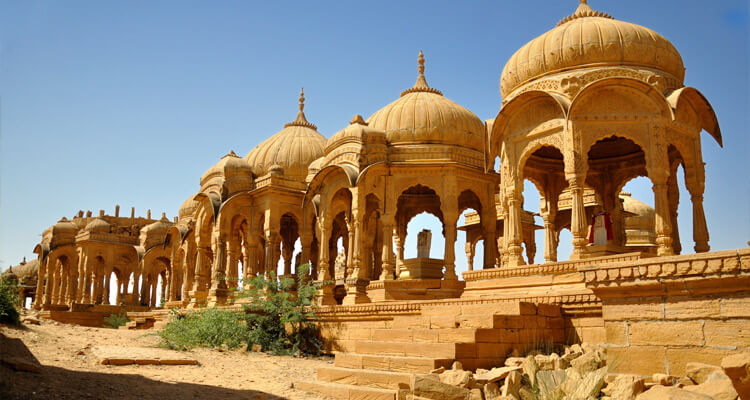 About 4 km north of Jaisalmer, there is a garden complex on the way to Ramgarh, which is famous as Bada Bagh. It is a set of chhatris of Maharajas or royal mausoleum of Maharajas in 173 AD with Jai Singh II. 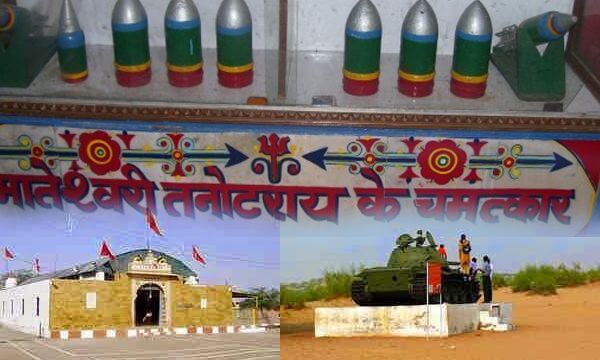 The center of devotees across the country is the temple of Tanot Mata, which is 120 km from Jaisalmer and is adjacent to the Pak border. Only Border Security Force personnel worship the temple, and at the same time, the tide of faith rises here on the occasion of Navratri. After the Indo-Pakistan War of 1965 and 1971, the temple has gained special fame. 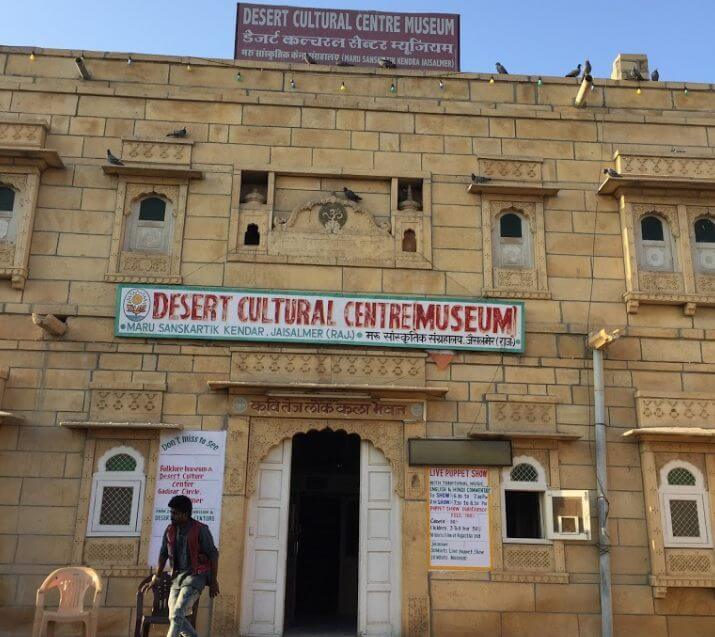 This museum was established in 1984 by local teacher Nandkishore Sharma. This folk-cultural museum of tourists coming from the country and abroad is located at Gadsisar lake of Jaisalmer. The extinct culture of the Maru region has been preserved in this museum. 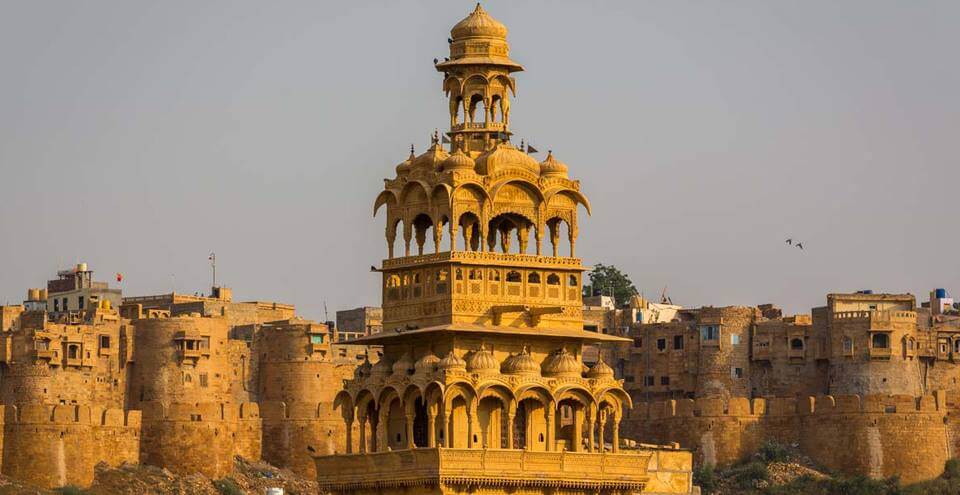 The Tazia Tower was built in 1886 AD as Tazia by Muslim Karsevaks, who are part of Muslim religious celebrations. In the Badal Palace complex inside Jaisalmer Fort near Amar Sagar Gate, Tajia Tower is 2 km from Jaisalmer Railway Station. It is one of the top tourist destinations of Jaisalmer because the architectural fusion, the towers, the intricate design makes this tower different.

This article has provided you information about such famous and famous places in Jaisalmer, which are also world-famous. So if you get help in visiting Jaisalmer from this article or if you want any more information related to this, then we will help you in providing that, but for this, you will have to comment your points in the comment section so that we could help you.