Top 10 Places to Visit in Kausani 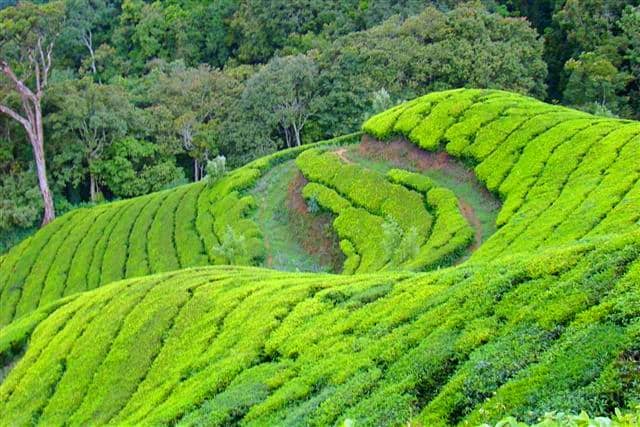 This is a place where one will feel very close to nature and a paradise for tea lovers. Kausani Tea Estate, situated 5 km away from the main town, is spread across 208 hectares. The place also arranges for a short tour to show their manufacturing process guided by their own staff. One can taste and buy different flavored tea from there. It is an amazing location where you can stroll but take care not to visit here from November to March when it remains closed. 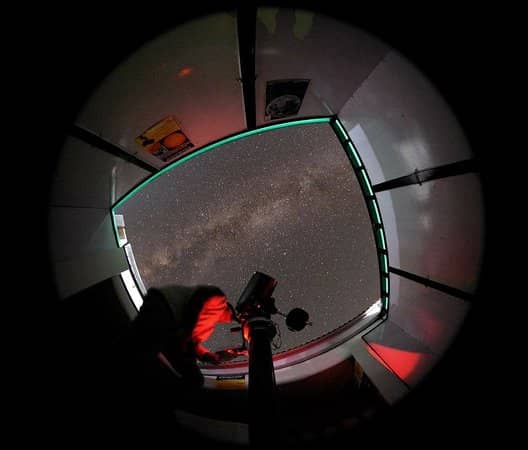 Located 53 km to the north of Almora, Kausani is a picturesque hill station famous for its scenic splendor and its spectacular view of the Himalayas. Flanked by the rivers Kosi and Gomti, this small town sits atop Pingnath Peak. Though Kausani is not as well known as any of the other hill stations, the area is full of deep and dense pine forest, tea gardens and affords a breathtaking view of the Himalayan peaks of Trishul, Panchchuli, and Nanda Devi. Major attractions around Kausani are the Temple town of Bageshwar, situated at the confluence of the river Sarayu and Gomti, the Gandhi Ashram, and the Rudradhari falls and caves. 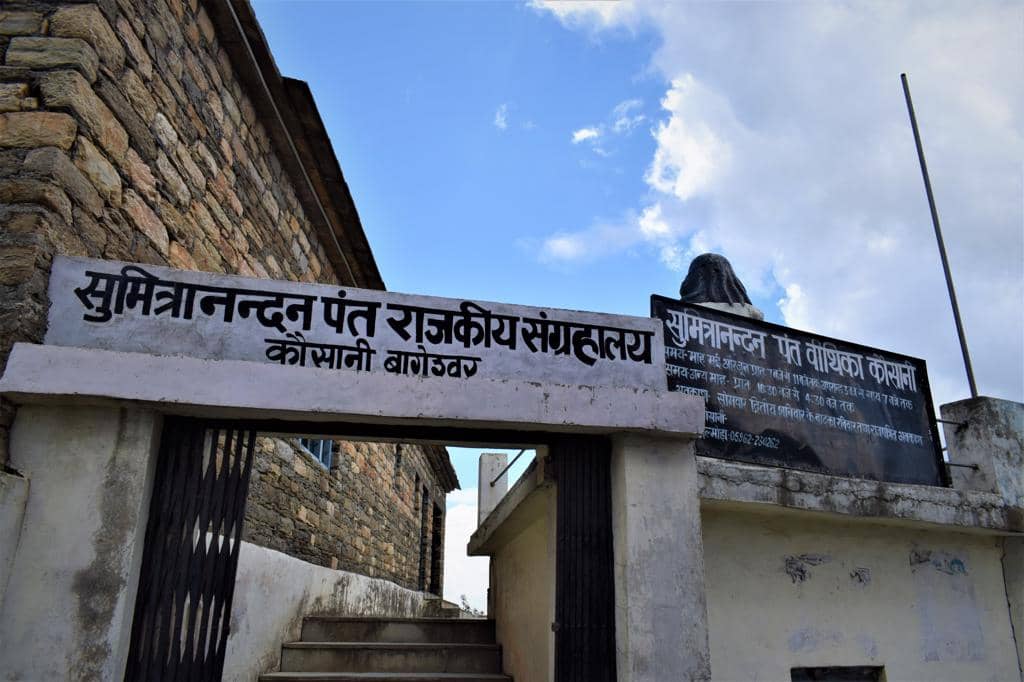 One of the Kausani town’s major attractions is the museum gallery that is built as a dedication for the famous Hindi poet, Mahakavi Sumitranandan Pant. He is known as the modern guru of Hindi literature. Kausani is the birthplace of the famous Hindi poet. The Sumitrananda Pant gallery displays a holograph of the poems and text copies of the library’s entire works of literature. The library consists of a lot of interesting books written by several authors in Hindi and English. In the background of the Museum, there is a beautiful hill of green landscapes. 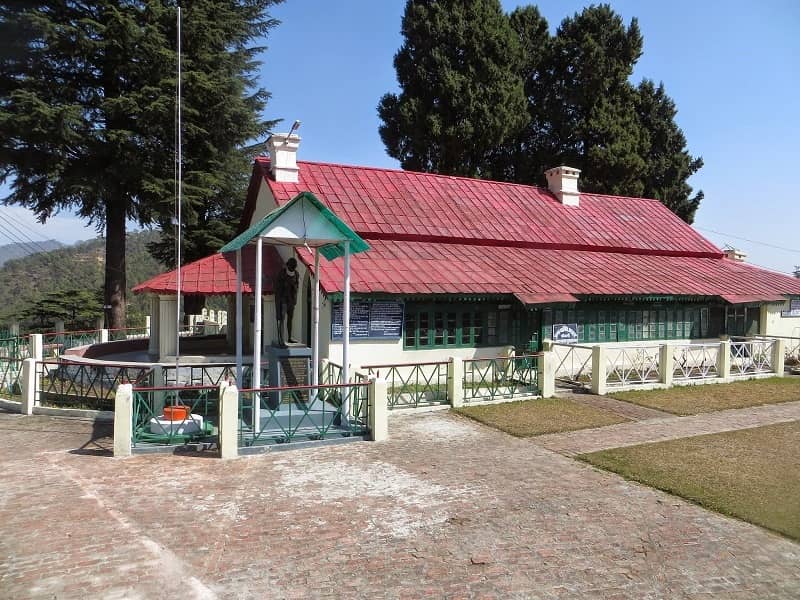 One of the most popular destinations, this place is also fondly known as Gandhi Ashram. During his stay here, Gandhiji’s annotations about Anashakti Yog were known as ‘Geeta Anashakti Yog’. It is a simple whitewashed cottage engraved with the teachings of Mahatma Gandhi. The Ashram houses a museum that contains Mahatma Gandhi’s photographs and his writings. It is placed in the backdrop of scenic surroundings with majestic views of Himalayan ranges all around. The Ashram and the surrounding locations are ideal spots for relieving the mind from physical pleasures and sufferings. One can do meditation in the calm atmosphere of the Ashram without any disturbance. 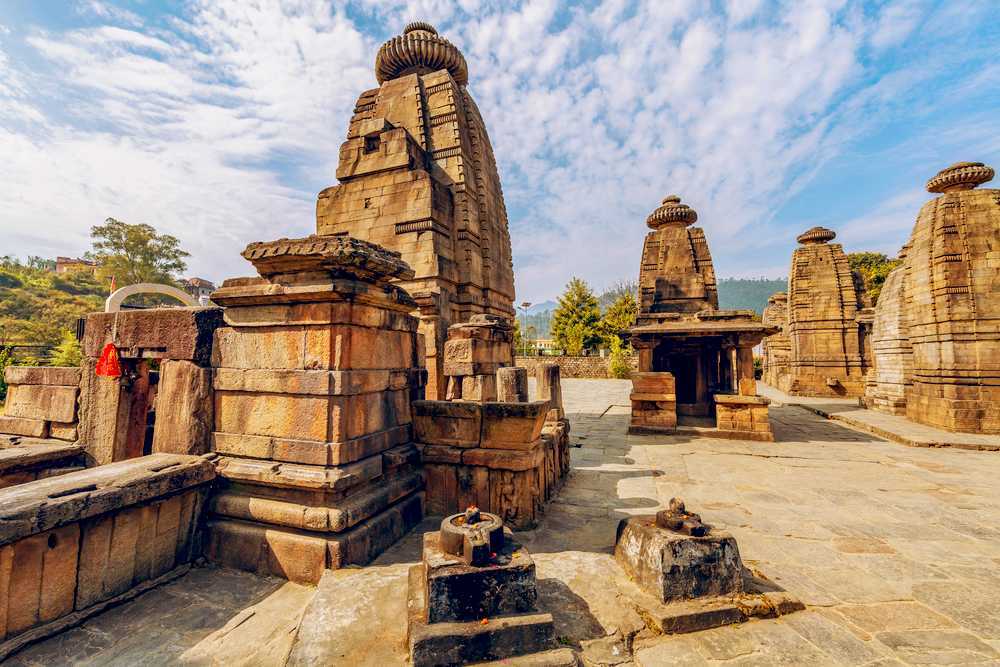 Baijnath is a small town on the Gomati river banks in the Bageshwar district in the Kumaon division of Uttarakhand, India. The place is most noted for its ancient temples, which have been recognized as Monuments of National Importance by the Archaeological Survey of India in Uttarakhand. Baijnath has been selected as one of the four places connected by the ‘Shiva Heritage Circuit’ in Kumaon, under the Swadesh Darshan Scheme of the Government of India. Baijnath, then known as Kartikeyapura, was the seat of the Katyuri kings who ruled over an area consisting of combined parts of Garhwal and Kumaun in the modern-day state Uttarakhand, India, and Doti in Modern-day Nepal. 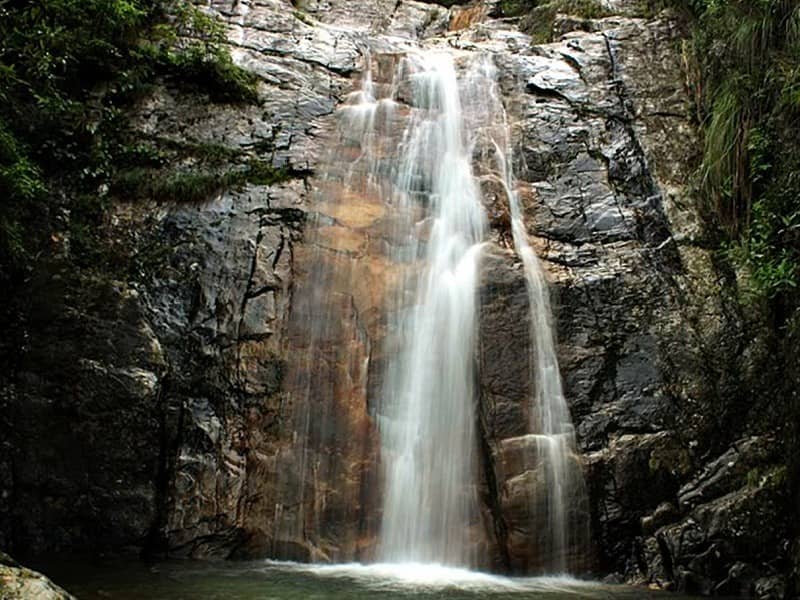 Rudradhari Falls and Caves is located on Kausani Almora Road, with a 12 km distance from Kausani. A Rudradhari waterfall is a natural location with lush green paddy fields where water flows over a vertical drop in the course of a river. These waterfalls can be easily watched while trekking to the Adi Kailash region or Trishuli parvat. Many ancient caves have been explored near the waterfall. A small Someshwar temple is situated near the waterfall where Lord Shiv (Rudra) and Lord Vishnu (Hari) worshiped. Devotees believe that these caves have an association with Lord Shiva, also called Rudra and Hari, another name for Lord Vishnu. The caves are natural and very impressive, with green mountains and a natural environment around them. 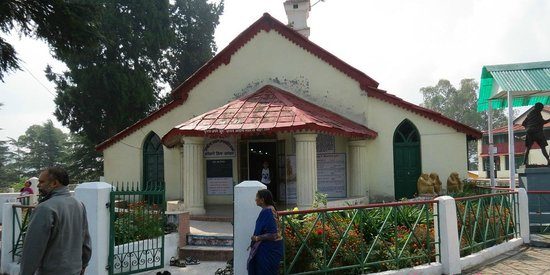 Lakshmi Ashram, also known as the Sarla Ashram, was established in 1948 by Catherine Hillman, a Mahatma Gandhi disciple. A big admirer of Gandhi, Catherine left London in 1931 and joined Gandhi in his independence struggle. Later she adopted the name Sarlaben and founded this ashram to educate the girls living in the Himalayan region. In this ashram, girls are taught various skills such as cooking, growing vegetables, and cleaning. This ashram is home to several orphan girls and women. The ashram’s main aim is to give Kumaoni women a safe place to live and teach them skills to lead an independent life. 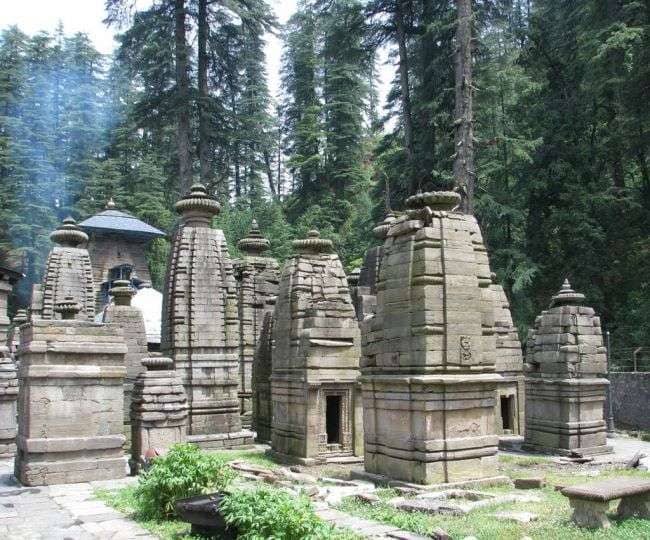 Dandeeswarar Temple (Shri Dandeeswarar Temple) is a Shiva temple situated in Velachery, a Chennai suburb. The temple was built during the Pallava reign and was repaired and rebuilt during the Chola reign. The temple complex consists of the main temple complex and a tank and is 2 kilometers towards the east from Guru Nanak College on the Velachery main road. This temple is administered by the HR & CE Department of the Government of Tamil Nadu. 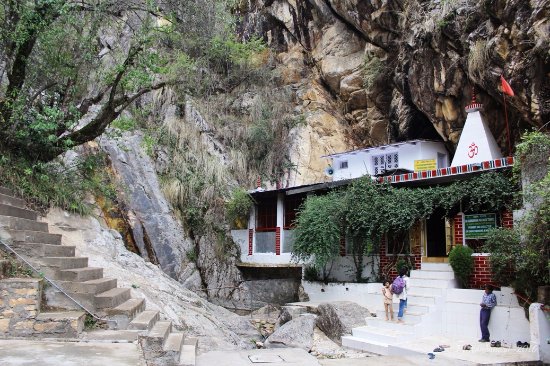 Rudradhari Mahadev Temple is an ancient cave temple located along the banks of River Kosi in Kausani of Almora, Uttarakhand. To reach the temple, you have to walk approx around 3-4 KM (both ways) by trekking through the jungle. As per the Mythology, the sage Kaushik performed his penances and lived for a long time. Today there is a temple of Lord Shiva at the entrance of the cave. Next to the cave is a natural waterfall that is beautiful with ice cold and crystal clear water. The place is in a remote area, and you will not find a lot of crowds here. Perfect place to sit and enjoy mother nature and take blessings from Lord Shiva. 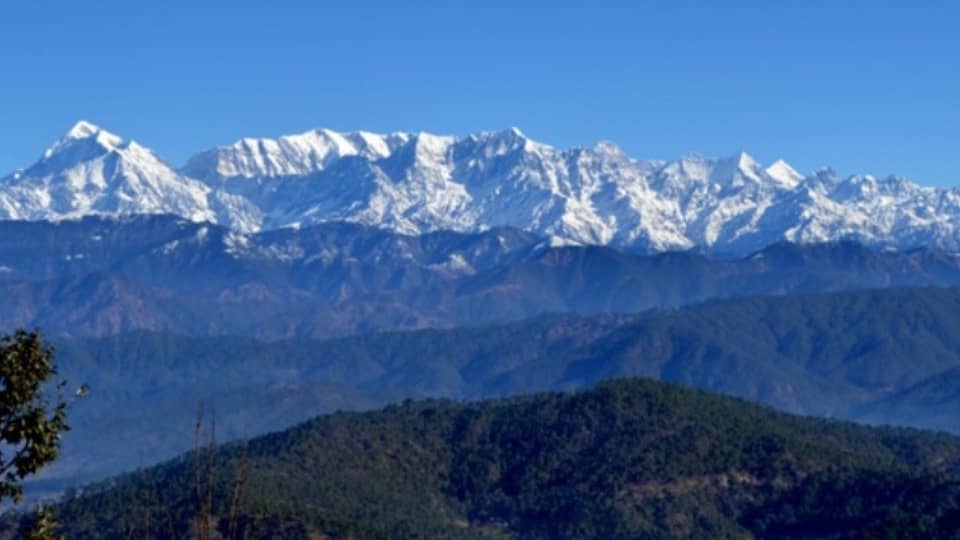 Pinnate is a village located at the theGopalkot Peak foot and is popular for its Pinnath Temple. This square-shaped temple is dedicated to the Hindu Deity Bhairon and has five doors facing the south. The walls of the temple are decorated with the images of Hindu deities Mahadev and Devi in adytum. The place is also known for hosting a fair every year in October. This beautiful village is nestled at an altitude of 2750 m above sea level and can be reached from Kausani by Trekking around 5 km.