Top 10 Python Programmers in the World 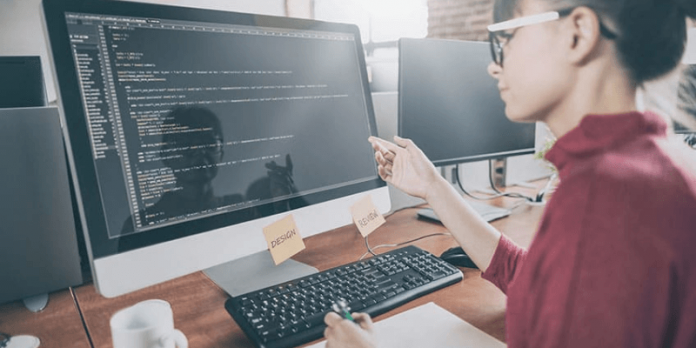 Description: A general-purpose programming language, Python help programmers write clear, logical code for small- and large-scale projects. let’s find out the masters of this language, the top 10 programmers in the world.

Python is one of the fantastic programming languages which is designed to improve code readability. It is a general-purpose coding language, so you can use it for other types of software development and programming apart from web development. In this article, we will include complete details about the top 10 Python programmers in the world.

He was born on January 31st, 1956 in the Netherlands and is known for the Python programming language, for which Guido was the (Benevolent dictator for Life) BDFL until he stepped down from his position in July 2018. In 2019 till now, Guido remained a member of the Python Steering Council from 2019 till now and withdrew his name for the elections to be held in 2020.

Ewa works as director of operations for PSF (Python Software Development) and has played a great role in the Python community since 2008 as a third-party meeting planner. In 2012, she became a full-time employee of PSF, organizing PyCon, and started working as an administrative for PSF, and in 2015, she got the title of Director of Operations, and Ewa also started monitoring PyCon, the foundation’s operations, and employees.

Kevin Goldsmith is the CTO at Infeed and is working on facial recognition and machine learning. In the engineering leadership team, he has held positions at Adobe and Spotify. In October 2020, Kevin Goldsmith became the new Chief Technology Officer of Anaconda Inc. (one of the most popular data science platforms globally).

Jane Walraven uses data and machine learning as data science and engineering manager at Netflix to improve the production process. Jen Walraven’s teams use data from editing, localization, and shooting content to help teams stay on budget and hit deadlines.

Audrey Roy Greenfield is a tremendous Python programmer as she co-wrote Two Scoops of Django, which is known for leveraging in interesting ways the Python web framework. Apart from that, Audrey also hosts her code, making her blog for Python learners.

Through his blog, PyDanny, Greenfield spread the excellent words of Python and Django through his blog PyDanny to take advantage of Python’s culture and its strengths. Daniel also co-wrote two collaborations with Audrey Roy Greenfield, titled Scoops of Django.

She serves on the boards of many open-source Python projects, like Big Apple Py, Data Science, and Women in Machine Learning. Python and other languages have an important subject within the open-source community, about which Reshma has also written about diversity. Reshma is a significant source of information on best practices, which are Python and DevOps.

He is a member of the Apache Software Foundation and an open-source enthusiast, and he also has proficiency in a variety of Python platforms and has a rich background in engineering and cloud systems development. Tomaz provides a lot of information on “startups and life, computers, and programming” through his Twitter and personal site.

Since 2014, he has worked as a key Python developer and is the co-founder of magic.io (Magic Stack). With Guido, Yury has maintained asyncio modules such as PEPs 492, 530, and 525.

So here is the list of the best Python programmers in the world who are changing the programming world’s landscape with their excellent skills and knowledge. We have created this based on their achievements, but please let us know in the comment section if you have any doubts.