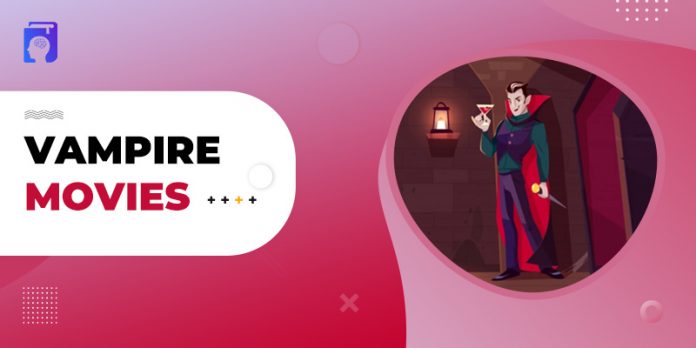 Whether you believe in it or not vampires have never been off the hot topic list. Over the years it has gained a rabid fan following. From cinema to novels it has been casted in every form of entertainment. Blood hunt and everything omnios seems to never run out of style. Now that you have decided to binge watch a movie but confused on which one to pick, we are here at your disposal.

Here’s the list curated just for you listing top ten from the best of vampire movies ever made.

Near Dark is an American movie made in 1987 starring Adrian Pasdar, Jenny Wright and Bill Paxton. The plot revolves around a mid-western young boy who gets involved with a nomadic vampire family. The amalgamation of gothic horror into modern day American Living makes near dark a real gem to endear.

Bram Stoker’s Dracula is a movie adaptation of his classic novel starring Gary Oldman and Winona Ryder. It’s a gothic horror film with strong acting and captivating visuals.The actors blend in so fiercely that altogether it adds more dynamics in the frame. If you find dark romance edgy this movie won’t disappoint you.

Only Lovers Left Alive has the cast we see coming together once in like a blue moon. Tom Hiddleston and Tilda Swinton paired oppositely as the leads create nothing but magicon the big screen. As the name suggests it’s a movie bringing romance and horror into action. Aesthetically pleasing setups, beautiful costumes and the power pactyet elegant performance by each actor in the frame makes this a must watch under this category.

Hotel Transylvania is a movie to adore till eternity. Out of all the things draculas were never imagined to be cute. Watch out!, this movie can completely change you take on this. Keeping up with one of the most beautiful relationships the relationship of a father and daughter the story line is everything to stand in awe of. Hotel Transylvania has 3 more sequels in store for you to enjoy the eternal saga of fun, feel good and holistic side of monsters.

Interview with the Vampire is a novel adaptation by the author Anne Rice written in 1976. This movie is a gothic horror romance directed by Neil Jordan starring the blockbuster actors Tom Cruise and Brad Pitt. Plot involves the epic life story of a vampire revolving around love, betrayal, loneliness and hunger. Set in the early 90s this movie does incredibly well at capturing the wits and subtle laughs.

Dark Shadows is an American horror comedy film. Directed by Tim Burton this movie is based on a gothic TV soap opera of the same name. Johnny Depp,Michelle Pfeiffer, Eva Green, Helena Bonham Carter could be seen in the main leads. While the movie has received mixed reviews, captivating visuals gives it a heads up.

Fright Night is one of those movies that sets a benchmark. Directed by Tom Holland this movie has a lot more dynamics than a usual horror movie. The plot revolves around the story of a teenage boy who develops a suspicion against his new neighbour who later turns out to be a vampire. A heavy dose on gore, horror and subtle understated jokes makes it fit for a solemn vamp movie.

Disclaimer: This movie is R-rated because of the gore and violent scenes.

The Twilight Saga is a thread of five movies renowned worldwide. It has a massive fan following with diehard fans all around the globe. Starring Robert Pattison, Kristen Stewart and Taylor Lautner, the entire series is adapted from the novel written by Stephenie Meyer in 2005. The movie is based on fantasy romance with acting so powerful that it leaves the audience enticed. The story is very beautifully carved with each character adding music of their own. Romance and true love is dipped to toe in this movie series.

Let the Right One In is a Swedish horror romance. A perfect blend of genre and language it brings new perspectives into light. Strong acting, powerful writing and spellbinding performances break the cliche vamp movie plots and adds value to the cinema. This movie is irresistible to anyone who loves quality over quantity.

Thirst is a South Korean film loosely based on a novel. It is again a horror romance but you can buy this when we say it’s different. This movie has a lot more character to it. Acting is top notch which makes the movie even more interesting.