Unix vs Linux: Comparison Between Unix and Linux 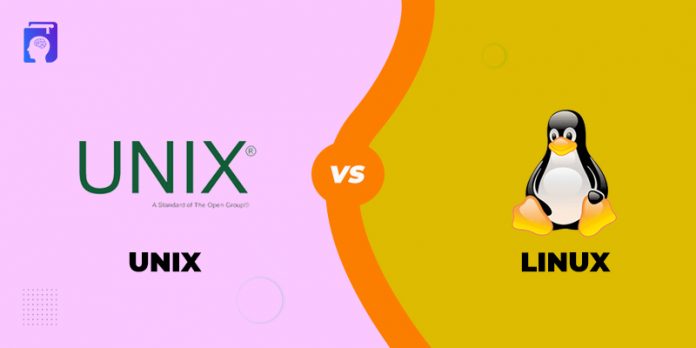 The IT world is transforming swiftly and so is the engine that runs it i.e. the Operating System. Two of the prominent OSs are Unix and Linux. Unix vs Linux, which is better?

People often mistake Unix for Linux. However, this is not the case. Many operating systems were created to be similar to Unix, but none of them were as popular as Linux. Think of Linux as a Unix clone. It has several characteristics that are comparable to Unix.

Unix vs Linux: Difference between Unix and Linux

Despite the overlap, there is a lot of difference between Unix vs Linux. Unix ruled the computing world before Linux and Windows. Unix is a trademarked brand, and the only Unix OS still in use are IBM AIX, Sun Solaris, and HP-UX. To get to the gist of Linux vs Unix, it’s important to know what they are, their features, and their pros and cons.

Well, it’s a strong operating system that has been around since 1970. It is a brainchild of Ken Thompson and Dennis Ritchie when working at AT&T Bell Labs. It is a popular scientific, technical, and educational organization known for in-depth R&D, versatility, and adaptability. The file system in UNIX is an organizational system of files and folders that users may utilize to save and acquire information.

The following system structure helps you arrive at the Unix definition.

It has data related to all hardware.

It works with hardware and performs most operations, such as memory supervision, job scheduling, and management.

The software that handles your queries is called Shell. When you input a query into the terminal, the shell analyses it and invokes the desired program. There are several commands available, including cp, cat, grep, wc, a.out, and others.

It executes the specified apps from different sources.

Let’s take a deep look at some of the features of Unix. It’s important to understand Unix vs Linux differences.

The UNIX OS is a multipurpose operating system that allows launching several tasks from the same terminal. It operates with one activity functioning in the front and the other in the backdrop.

The UNIX allows many users to access system resources, such as primary memory, disk drives, cassette drives, and more. Multiple users can access the system from different interfaces and conduct multiple roles that share the capabilities of a command terminal. It has much to do with the time-sharing theory. A scheduler splits the CPU time into numerous segments. They call it slices. It assigns each piece to each user periodically.

This capability enables UNIX to run on a variety of computers and platforms, allowing for the simple transfer of code to any computing device. That’s because a major chunk of UNIX is written in C and only a small fraction is programmed in assembly code for specialized hardware.

UNIX commands are straightforward to comprehend and utilize. UNIX statements are case-sensitive and must be entered in lowercase letters while working in a UNIX ecosystem.

Communication is a great feature in UNIX that allows users to contact others all around the world. It provides numerous communication capabilities.

The UNIX operating system is freely accessible to everybody and is the result of a community-based development endeavor.

The UNIX system has a variety of tools and utilities, such as UNIX grep and awk, among others. Compilers, translators, and network programs are examples of general-purpose instruments. It also comprises several server packages that offer remote and management capabilities.

Think of it as one of the leading operating systems out there. When Linux was unleashed in 1991, it was well-received by users globally. The OS was designed to provide users with a free open-source system that could be used for a variety of purposes. Because Linux came out before Ubuntu, it was difficult for it to get into the industry at the time because Microsoft ruled the roost in the industry. Although Linux was not as well-known as Microsoft, it was created to become Microsoft’s direct rival.

Linux can be considered as an umbrella term for Unix-like OSs. Linux can be loaded on almost every gadget, even on a smartphone. Video game systems, computers, servers, embedded devices, and tablets all utilize Linux. It drew even more recognition following the debut of its Ubuntu version.

Linux is the most extensively supported operating system in the market, and it runs on almost all computer systems. Linux has also grown in prominence as a result of its user-friendly layout, which makes it simple to use. This was a crucial factor in Linux’s ability to keep its consumers satisfied. Linux, too, offers free services and is available in a customized version.

Let’s factor in the salient features of Linux. Again, it will give you a better picture of Unix vs Linux.

This signifies that it can work with a number of different hardware.

It secures data in three ways:

Linux is available in a free mode and is accessible for community-based dev. Projects.

It has its own software library where users may install and run several programs.

Knowing the cons of Linux is important for informed decisions.

Now that you know what is Unix and Linux, it’s time to focus on Unix vs Linux.

The comparison between Unix vs Linux is the highlight of this article. Both operating systems have their share of pros and cons, making them invaluable for users. We can conclude that both Unix and Linux OS are well-designed and fulfill the demands of their users.

How to Upgrade Windows 10 Home To Pro Using An OEM Key?

How to Teach a Dog to Lay Down?

How to Upgrade Windows 10 Home To Pro Using An OEM Key?

How to Teach a Dog to Lay Down?

How to Force Quit a Mac App?

How to Change Margins in Google Docs?