What is Social Networking? – Uses & Importance 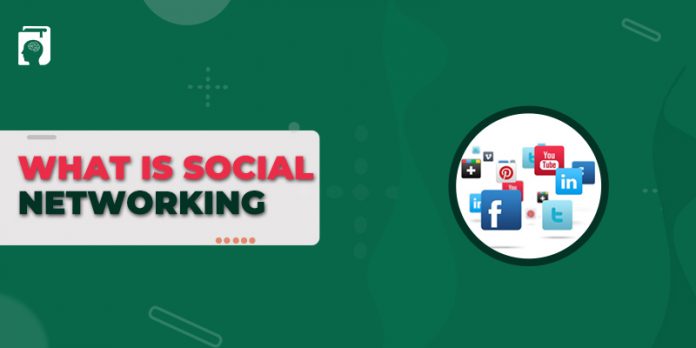 There’s no single social networking definition. It means different things to different people. However, it can be loosely defined as online activities used to build an online identity, interact with friends, family, and strangers alike, acquire knowledge, and exchange ideas and information without being physically there. Instead, shared comments, photographs, videos, and other visuals indicate one’s presence on social media. And, the process of using online-based social networking to keep in touch virtually is “social networking.”

There are way too many significant sites that facilitate social networks. Think Facebook, Twitter, LinkedIn, and Instagram, among others. They serve as a platform for exchanging conversations based on issues like social, professional, or both. For marketers looking to engage clients, social networking is a key tool.

What is Social Networking? – Uses & Importance

Why is it Used?

Individuals and businesses generally use social networking to communicate and share information, ideas, and messages. Even multiple companies utilize this as a means to raise brand recognition, promote products and services, and respond to customer inquiries, issues and feedback.

But more precisely, it is used to:

What is the Importance of Social Networks? 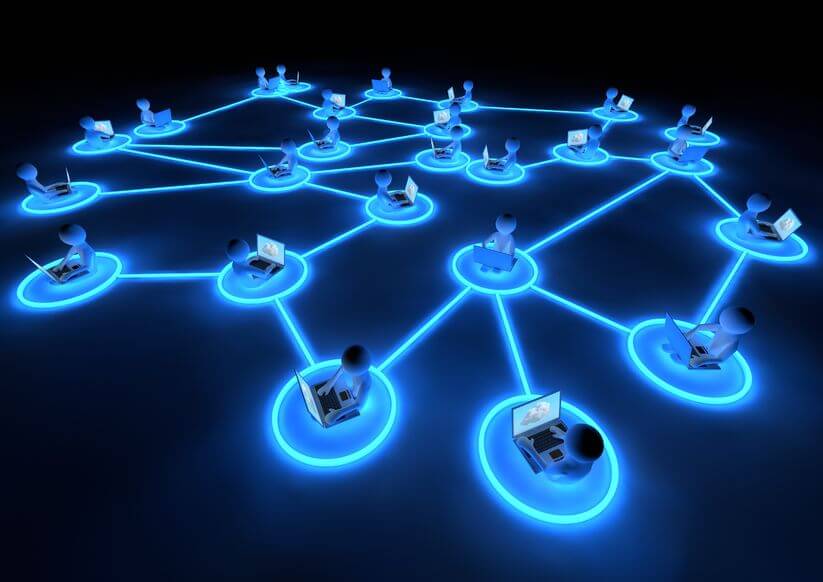 In the present scenario, social networking isn’t a luxury but a necessity. Every individual is connected socially somehow or somewhere. Therefore, businesses rely on social media to communicate with their audiences. In fact, their business messaging is significantly influenced by social networking. Previously, corporations resorted to traditional means to reach their consumers, which was time and cost-intensive. Conversely, social networking is an easy, assured and economical alternative.

1. Importance for an Individual

Growing your social network beyond your immediate circle of friends can have unexpected benefits. These activities turn into socioeconomic possibilities, bringing new ideas through shared knowledge and unforeseen opportunities in the shape of a job or a relationship. Social media platforms provide endless chances to interact with others who share your cultural, political, religious, and other interests. The internet gives tools for nurturing, maintaining, and profiting on such networks, allowing you to form an initial contact with someone you’ve never met in person who not only complements but may even change the course of your life.

Social networking allows entrepreneurs to stay in the minds of targeted audiences and inspire them into investing in their brand. It has completely revolutionized the way businesses interact and sell to their target audience. Think of social networking as a marketing ploy, which if mined properly, can help build brands from scratch, and drive customer engagement, conversions, sales, and ROI. With advertising being replaced by social networking, the use of business cards is declining. Thus, social networking makes it simple for businesses to provide value before asking a prospect for anything.

It’s just human to converse with others. Earlier, people paid visits to the people they were interested in conversing with. The larger the distance between them, the more difficult it was to converse. The constant need to stay in touch led to the development of communication methods across ages, including the post, telegraph, telephone, and more. And, then came along the internet that changed the way we communicate, making it faster, easier, cost-effective, and way more efficient. When the first email was sent in 1971, social networking was created. The two computers were close to one another. The message read “Qwertyuiop.”

Geocities was the first social networking site founded in 1994. Users could develop and personalize their web pages on Geocities, which divided them into distinct “cities” based on their locations. TheGlobe.com went public the following year, allowing users to communicate with others who share their hobbies and interests. It came across as the first social networking site to be launched exclusively for communication. A few years down the line, we saw a barrage of such sites, notably Facebook, Twitter, Instagram, FourSquare, WhatsApp, Snapchat, and the list goes on.

Which Social Networking Should One Use?

Social networking is for everyone – from a teen seeking new friends to professionals looking for jobs and a business keen on starting up or scaling up. And, there’s a social media site for anything from broad interests to specialized hobbies. Even technical social networks are there that focus on a single subject or posting style. Users from all walks of life flock to these major social networking sites.

However, the choice of your social platform can determine your social networking experience. You are better off trying out a platform that appeals to you and aligns with your social networking goals. Suppose, you are seeking new friends, Facebook or Instagram could be the right pick. On the other hand, if finding a suitable job is a priority, go for LinkedIn and other such platforms.

Also, check whether the platform is a good fit for you. With newer social media platforms surfacing consistently, feel free to try something new too. This will help you up your social networking game.

Each social networking site and the app has its features. However, there’s a lot of overlap as well, such as:

A public profile for social networking setup is usually a primary part of every social networking portal. Your profile includes basic information about you, such as a photo, a short bio, your location, and occasionally more personal information, including your birth date, educational background, job, and interests. You may typically be as private or as ambiguous as you like with your profile.

The specialized social networks might ask you to supply additional information on a given genre, such as your tastes in music and movies. Many dating websites, for example, emphasize the process of social networks dedicated to finding love matches. Your profile must clearly state who you are and what you’re searching for. The point is to enable you to find a perfect match.

Friends and followers are the true essence of social networking, bringing the social aspect to the forefront. The individuals to whom you grant access to your profile are known as your friends and followers. They may see all of your photographs and posts and connect with you through comments and “likes” (more on this later). You can also view their posts and engage with them. It is a significant component of social networking, making it as engaging as it gets.

When it comes to choosing people for interaction, different users have different preferences. While some lovemaking as many friends and followers as possible, others prefer to connect with a smaller, more intimate group of people. Some even make their profiles “public,” allowing anybody who wishes to follow or friend them to do so. It is frequently employed as a marketing strategy where social networking comes into play.

The words “friends” and “followers” aren’t used on every social networking platform. “Connections” is also a term used on LinkedIn, for example. All social networks provide the means to identify trustworthy people who have access to your profile, regardless of the terminology they utilize.

When you log in to most social networking sites, you’ll see a home page. It generally shows a news feed with the latest updates of your friends and followers. By scrolling through your home feed, you may quickly catch up on the activities, opinions, and news that your friends wish to share.

Receiving and providing feedback is an integral part of social networking. Most sites feature a “like” button, such as a heart or a thumbs up, to signify that a friend or follower has read and liked a post and reacted to your content. You may also use a variety of symbols on Facebook to convey your emotions in response to a post, such as grief, surprise, or love. with these symbols, you’re expressing yourself without actually saying anything.

The majority of social media platforms enable users to leave their thoughts as comments on their posts. Comments are essential in social networking since it thrives on interaction. Whether you say something kind about someone’s action or make a sharp political remark, comments start dialogues and help social networking operate better and stay true to its objective of driving conversations.

Some social networking sites offer a “group” feature that allows users to connect with others who have the same interests or participate in conversations about specific themes. A group may be anything it wants to be, and it can be built on whatever it wants to discuss. Social networking groups are a great way to meet others who share your interests and learn more about them.

A hashtag is a word or a phrase that begins with the # symbol, often known as the hash or pound sign. Users add a hashtag to a name or phrase to make it easier for others to locate it while searching for a specific topic. If you upload a photo of anything special with the hashtag, then others interested in it will also be able to see it and other postings with the same hashtag. Hashtags help attract more effortless attention to your content and encourage relevant and worthy conversations.

Tagging is another popular feature of social networking, especially in Facebook and Instagram. You may identify another individual in a photo by tagging them, which is generally done by clicking on the picture and typing their name. Tagging is a method of increasing the engagement value of your posts.

After understanding virtual networking and its components, let’s know the new stuff it has on offer.

What is the Most Trending Social Networking Website Today? 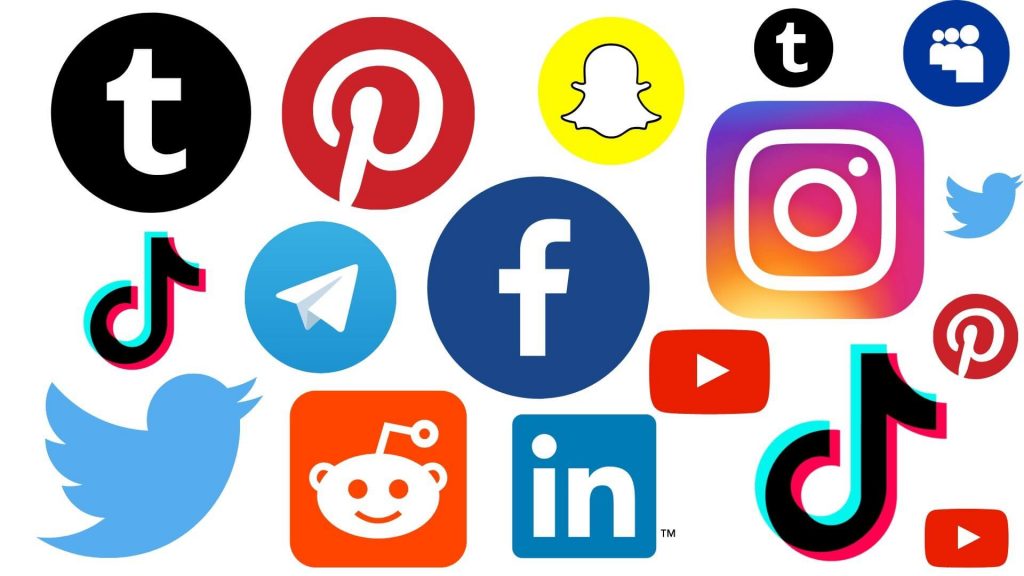 The number of active users or the total number of unique users actively registered on the platform is the statistic used to assess a social network’s size. It’s a popular, engaging, and growing statistic in the IT sector.

Some of the most used social media apps include:

Should one be its part?

It is possible to have fun while Social networking. It’s a fantastic method to keep in touch with friends and family, and it can also be used as a promotional tool for businesses, artists, and anybody else who wants to get their name out there. We may connect with others who share our interests in literature, television, video games, and movies through social networking. It may be a fantastic way to meet new people and socialize. So, if you love socializing, don’t wait long. Jump in as it’s a great deal to invest in!

So, that’s it. We have reached the end finally! Raise your hand if you thought we’d never get to the conclusion of this massive networking explanation. In all seriousness, learning as much about networking as possible will seem less important. Talking about social networking like everything is terrible. The same goes here as it has two sides to it. It is up to the user to choose if they constitute a societal benefit or a liability. On the other hand, children and teenagers must be guided by their parents or guardians since they are easily persuaded and are at a greater risk of falling into traps that lead to cyber-threats or cybercrime.